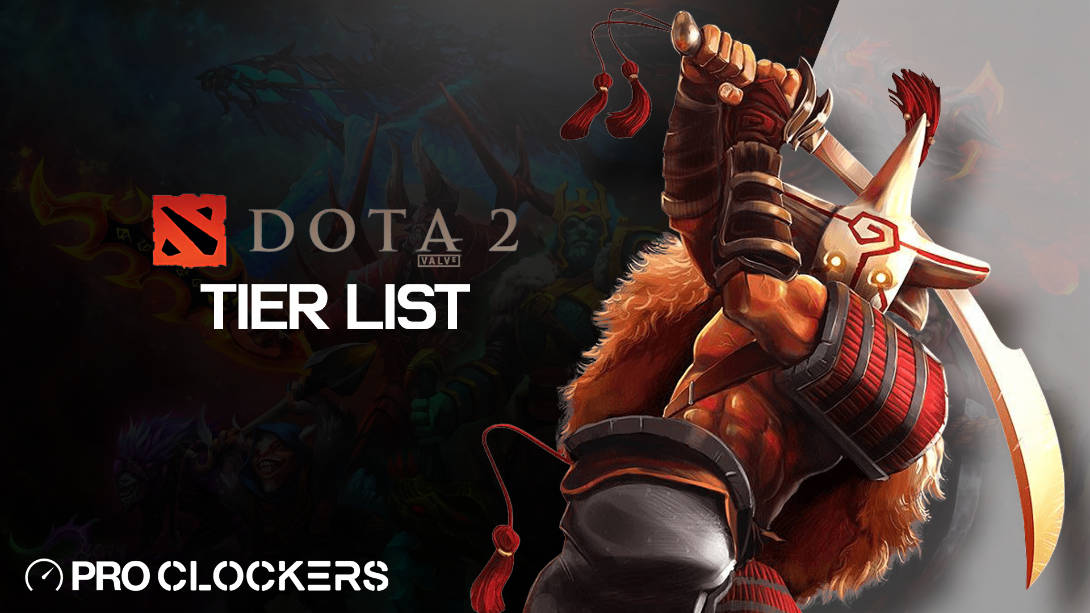 Today we’re going to present you our Dota 2 Tier List.

When it comes to winning a match of DOTA 2, team composition is essential. Of course, skill is the first ingredient to achieving victory and crushing your opponents, but playing the right hero will also help you win battles.

Considering DOTA 2 has a ton of heroes you can choose from, we cannot possibly name every single one and explain why they’re popular picks or not, but we’ve got a list of around 30 heroes that are currently in the meta.

We’ll look at the lists of S-tier, A-tier, and B-tier heroes, lists that have been created based on current competitive meta. These heroes have been picked by professional teams and have a higher win-rate than the others that we didn’t mention here. Yes, we know this Dota 2 Tier List is concise, and that’s on purpose. In our view, none of the heroes are terrible.

Until the future buffs and nerfs, here’s how the meta stands right now.

In the S tier, you have heroes like Faceless Void, Lina, Phoenix, Spectre, Snapfire, Mars, Rubick, Enchantress, Magnus, and Io.

These heroes have been picked in almost all drafting stages, as they are flexible and bring unique skills that cannot be replicated by other heroes.

Most pro teams choose Faceless Void to hard-carry the team. He has a 53.8% win-rate and has been banned in nearly 48% matches.

Lina is also a popular choice, either as a mid laner or a support. Phoenix has risen to the top of the meta and shines in teamfights.

Specter’s global ultimate and Snapfire’s new role in mid-lane is what keeps them in this tier. Specter’s win-rate is 56.8% and has only been banned in around 37% games.

These heroes are not immediately banned in drafts and are still solid choices. You’ll see these heroes in the meta a lot.

For instance, Slardar (with a 49.4% win-rate and 45.5% bans) can either be a carry or an anti-carry, depending on the situation.

Drow Ranger has gotten a lot more love lately, and she’s a powerful enemy when it comes to her Multishot.

Lifestealer is also in the A tier, thanks to his sustainability in the lane. Then, you’ve got the Phantom Assassin, a high-risk high-reward hero that has a 47.3% win-rate and got banned in 32.3% matches.

These heroes are less likely to be efficient at winning too many games, but they’re still solid choices for teams that want to try and diversify their drafts and take their opponents by surprise.

In this tier, you’ll also find some counters for the heroes in the A and B tiers. Doom (41.1% win-rate and 29.8% bans) is played not only in the offlane as a core or support, but now he’s also a mid laner. His powerful ultimate is still a force to be reckoned with.

Last but not least, no matter which tier your favorite heroes are from, it’s essential to have a well-built team with skill sets that synergize. Together, you should secure early game and turn every team fight to your favor

The variety you now see in the meta should allow you to choose a hero in Dota 2 that will surely fit in any team composition. Now all you have to do is master some of these heroes’ skills sets and win!

If you enjoyed this list, check out our other tier lists:

Who’s your favorite Dota 2 character? Leave a comment below.