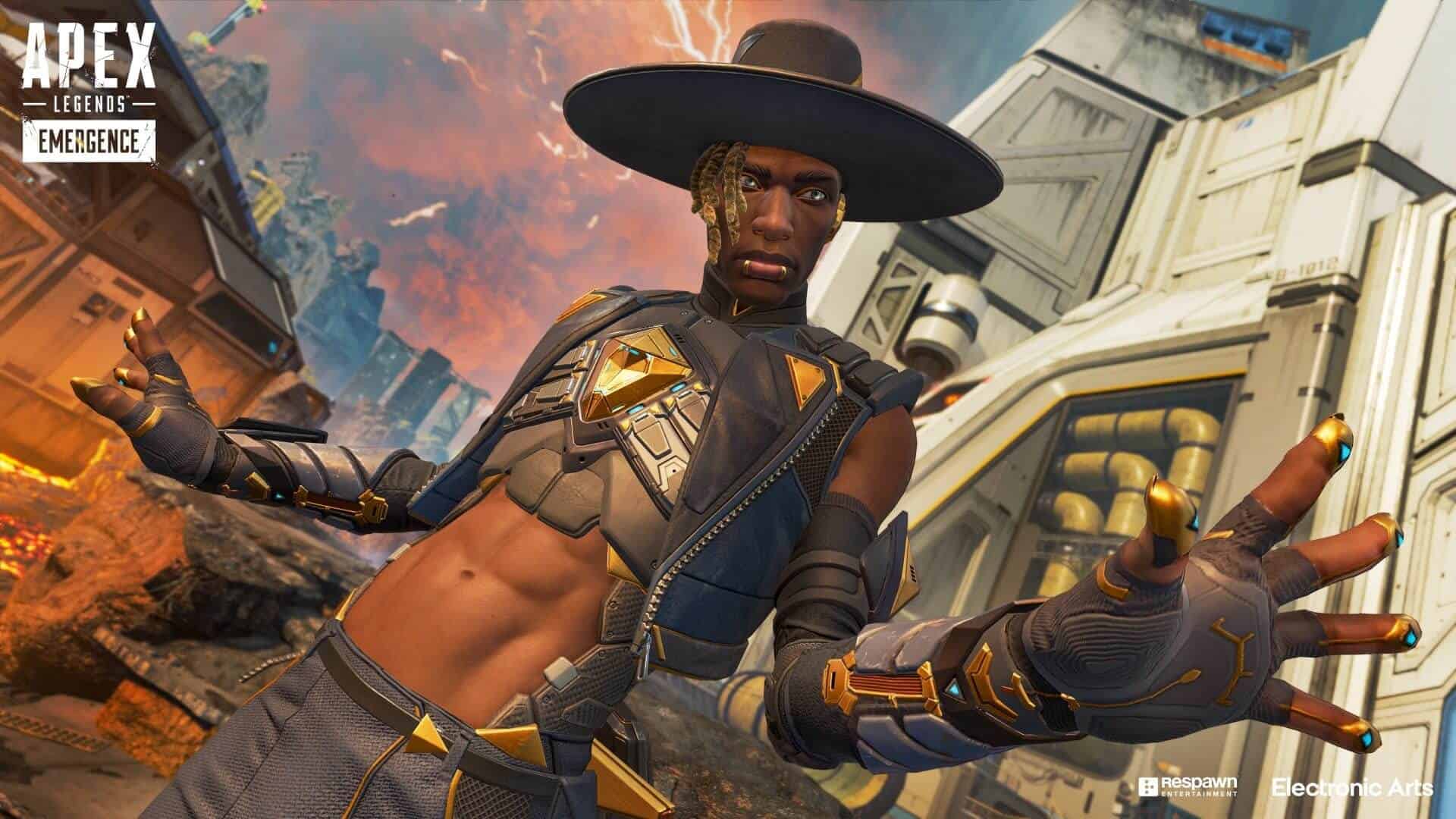 Our Apex Legends New Character article highlights the good, the bad, and the fabulous of the elusive Ambush Artist.

Respawn Entertainment’s famous online shooter is back, and the fans are loving it. Season 10 of Apex Legends introduces a new ranked mode, a new weapon, and, of course, a New Legend. The popular battle royale has made it a habit to introduce a new character each season, and this one is no different. So, for our Apex Legends New Character feature, we’re taking a deep dive into Seer — who he is, what his abilities are, and how he fits into the meta.

Obi Edolasim was born just as a meteor tore through the sky and collided with his planet’s moon. His community saw this as a bad omen, and when they laid their eyes on him, they saw a cursed child. Despite this, Obi’s parents loved him unconditionally, even as he sought to fight in the Arenas. He was drawn to the drama and flair of the dangerous. And he proved that he could hold his own against powerful foes.

Though Obi was still seen as an outcast, this started to change with each victory. The outcasts among the audience began to see themselves in Obi, and they applauded him. Before long, he became a symbol for the shunned — a beacon of light for those who were turned away, like him. And as he makes his way to the Apex Games, all will know his name.

Here’s a quick rundown of Seer’s stats and abilities. We’ll be covering each ability in more depth below, so scroll down to see!

Heart Seeker allows players to detect the heartbeats of any enemies in a 75-meter radius. To use this skill, simply aim down your weapon sights (though this also works without a weapon). Of course, you’ll hear the heartbeats if an enemy is nearby, but the game also has visual cues. You’ll notice that your reticle has a sensor around it. When you pick up on an enemy, a cursor will point to them. And if you’re aiming at them directly, your reticle will turn orange.

Still, it’s important to listen to the heartbeats closely, because they tell you a lot as well. A faint heartbeat means an enemy is far away. And quick heartbeats mean they’re low on health.

Cooldown: 30 seconds
When activating Focus of Attention, the player will unleash a swarm of micro-drones. After a one-second delay, the drones will emit a cylindrical blast that goes through walls. And any enemy players caught in the blast are revealed — both their location and current HP. Focus of Attention also deals a bit of damage and interrupts enemy players who are using healing items or reviving teammates.

Cooldown: 90 seconds
Exhibit causes players to throw Seer’s heart chamber like a grenade. This then summons micro-drones all around it, covering a 75-meter diameter. Any enemies that move or shoot inside are marked on the player’s screen and mini-map. However, opponents can remain undetected by crouching and staying still. Additionally, the heart chamber can be destroyed by enemy teams.

True to his Legend type, Seer is best for scoping out enemies and planning attacks with his team. To maximize his abilities, you’ll need to time your moves perfectly. His tactical and ultimate are extremely tilting. However, they need to be deployed at exactly the right time to be useful. Otherwise, you’re giving your own location away.

Additionally, it’s a good idea to play Seer when you have your teammates on voice call. That way, you can relay enemy locations clearly. The Ambush Artist will truly shine when he has powerful, attack-focused Legends to back him up.

Now, the elephant in the room: Seer’s skillset is very similar to Bloodhound’s. Both are Recon-type Legends with enemy tracking abilities. However, we’d argue that the two have completely different playstyles.

Despite their similar tacticals, Bloodhound’s ultimate encourages him to barrel down on enemies, cutting down anything and everything in his path. On the other hand, Seer’s ultimate allows for a more controlled approach. If you pair his Exhibit with Bangalore’s Smoke Launcher, your team can easily defeat any enemies lost in the fog.

Seer is definitely an interesting addition to the roster of Legends. There’s no question that his abilities are useful in battle. However, one big downside to his playstyle is that his team needs optimal synergy. Without communication and cooperation, Seer cannot maximize his skills. That said, he’s best played when you’re with responsive teammates.

Ready to try out Apex Legends New Character? Visit the game’s official website to download it. And if you’re eager to learn more about Season 10, check out our other article on the Apex Legends Tier List!