In this article we are going to give you an Apex Legends Tier List and an Apex Legends Weapon and Gun Tier List. We will also give advice on how to improve yourself (in the game, since in real life we are clueless).

In 2019 something amazing happened. I got married. But other than that, Apex Legends was released. Ok, I didn’t get married (nobody likes me) but the second part is true. Respawn Entertainment, following the huge trend of the Battle Royal games, released their own game. In the beginning, I believed it would be just another slow-paced game, that you go around, looking for the best-colored item until you inevitably lose to the hacker at the end of the match.

My, my, my… how wrong we were. The first time we played Apex, we had no idea what was going on. Explosions everywhere, bullets coming from directions we would never expect, and many sounds that we couldn’t understand. But with time, we started understanding what was happening, and loving it. The game feels extremely satisfying to play and many mechanics make it engaging and fast-paced. My theory is that Respawn Entertainment wanted to simulate how it must feel to have a heart attack. And they succeeded.

We started from the strongest players in Apex Legends down to the weakest ones. Although the professionals that look like they have swallowed an aim-bot would make all of them look amazing, the average player could get some value out of these rankings. 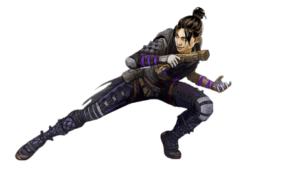 Wow, what a surprise, it’s Wraith.

I know, I know. You can close your mouth now.

The strongest character in Apex Legends is undoubtedly Wraith. She is the Legend that, since season 1, has always dominated the game (in professional games, not picking Wraith is borderline insanity).

Everything Wraith does is necessary for a team to win. She can disengage from a fight by using her Into the Void ability, repositioning, and healing. It’s hard to surprise her since her passive ability Voices from the Void warns her if someone is aiming at her by hearing voices in her head (or maybe she is just crazy, haven’t checked that yet). Her ultimate ability lets her reposition her entire team safely from point A to point B, which is especially useful when someone has been knocked down and you need some safety to get them back up.

To add to that, Wraith has the smallest character model in the game, making you feel like an idiot while you are trying to shoot her. Don’t worry, she is designed to be hard to hit, it’s not your aim (it’s never your aim, it’s the game’s fault).

Keep reading because we have an extra secret about the best Legend in the game.

There is a huge difference between the two newest legends. Rampart is on the bottom of this list, while Horizon is enjoying the quality life of an S-Tier legend. It seems like the Apex team got it right with Horizon, giving her an amazing mobility skill, Gravity Lift, with a lot of potential for crazy plays and amazing eliminations. Her ultimate allows her to control an area pretty effectively while at the same time giving her some serious killing power. Definitely, a Legend we love playing. 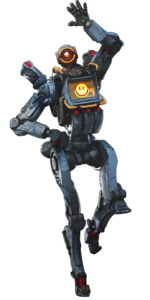 The one Legend that went from one of the best to one of the worst, to one of the best again is called Pathfinder. When his Grappling Hook had a cooldown of 13 seconds, he was a God. Mobile as hell, being able to cover hundreds of meters in a few seconds. Admittedly that was a bit too broken, which is why his hook got nerfed to 35 seconds cooldown time. It proved a bit too much. Now that they changed his hook to have a variable cool down according to the distance traveled, he feels like a balanced Legend that can help with the teams positioning while being able to attack the enemy from the craziest angles possible.

Bloodhound’s popularity has been parabolic. From no one taking him seriously to being one of the most played legends in the game. Bloodhound is one of the best characters at spotting enemies and destroying them. He can practically smell them with his passive Tracker, but most importantly by scanning everything around him with his Eye of the Allfather ability. Third-partying is easier than ever with Bloodhound, while he protects you from being third-partied. During a fight, his ultimate Beast of the Hunt provides him a significant advantage with increased speed and highlighting the enemies. 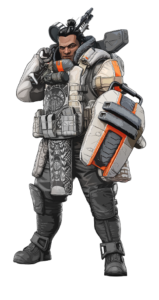 Gibi!! A deserved top 5 finish. He might even deserve to be higher on this list seeing how much he is being preferred on the competitive level. His tactical ability Dome of Protection is one of the best abilities in the game, period. It can save you from some pretty nasty stuff, and provide the breathing room your team needs to heal (25% faster by the way). Your ultimate is a death sentence for the enemy if they don’t have another Gibraltar on their team, or a Wattson generator close by. 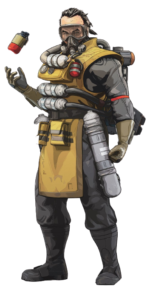 This mother… Damn you Caustic players. What went wrong in your life to make you choose Caustic? Do you want some help? I get it. He is an extremely strong Legend for defending a room, and the recent buffs he received for his gas make him even stronger. Is that a reason, though, to kill the fun for every other player (until last June, even your teammates’)? It’s extremely hard to fight into a Caustic, and you just lost if it’s the last circle. You should pick him but don’t talk to us after! 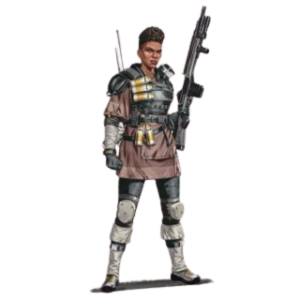 Bangalore! For playing as a solo player, she has everything you need. Her passive Double Time gives her mobility while her smoke screen can be used in various ways (reviving, escaping, attacking, etc.) making her an all-around great Legend to play solo. She also received a small buff in her ultimate Rolling Thunder (it explodes a bit faster). The only thing keeping her down is how amazing the legends higher on this list are. 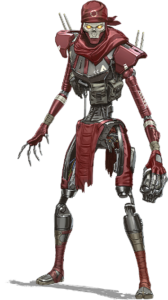 On this tier we find Revenant. He would have been ranked higher on this list, but unfortunately, he requires a lot of communication between random people, which is not always easy. If you are not on the same page with your teammates, your ultimate Death Totem can go to waste or even prove problematic to you, repositioning you and your team. 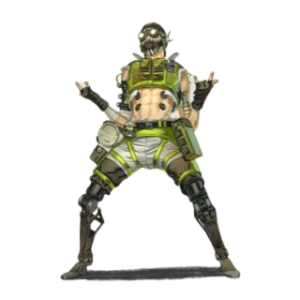 If you are a highly skilled player, playing Octane against lower-skilled players, you will feel like a god (a god on drugs). The speed he gets from his Stim skill makes him extremely hard to hit, allowing you to get into your enemies’ faces and kill them easily. In lower skill levels or against high skilled players he becomes less and less viable. Either the amount of Health you are losing will prove deadly to you, or the enemy will just shoot you down, no matter how fast you are moving. 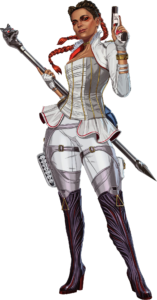 Although undoubtedly a support Legend, Loba has a very versatile toolkit, which gives her some playmaking potential. She is the only Legend that starts the match with her ultimate already half-charged, giving her a nice advantage at the beginning. With her bracelet, she has some nice mobility, making her hard to catch. Her problem is that during the fights, and for defending a position, her skills are not doing much for her. 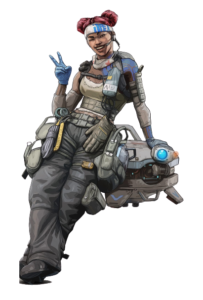 Lifeline has received some great buffs during the last patches making her a more viable choice if you want to play her, although there are still some ways to go until she leaves this tier. Her main problem is that her ultimate ability is only useful outside of combat and only at the beginning of the game. With the introduction of crafting, it’s easier to come across healing items now. Although she gets some points by being very useful for her team. 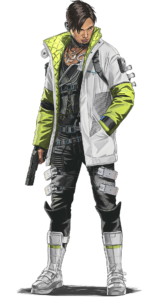 Next on the list is Crypto. He has some great recognizance capabilities with his deployable drone and, with him being a Recon Legend, he can help you position into the ring better. The problem is that his drone is extremely hard to use during combat, so practically he is just a Legend with no abilities during the fighting. His ultimate ability Drone EMP is quite powerful when used at the right time. 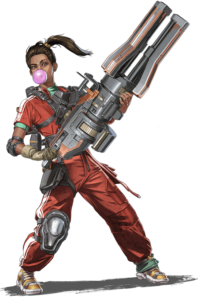 It’s sad to see such a new Legend at the bottom of this list. But, the facts are the facts. Rampart is a Legend that, from what we see, tried to have the defense of Wattson but with some teeth. In the end, what happened was that it fails at both. Her Amped Cover skill, although in theory sounds cool, in practice it is very hard to play around. Also, her mini-gun is a very static ultimate, the kind that the fast pace of Apex Legends punishes easily. 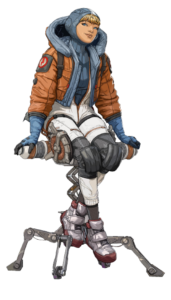 Remember when I said that Wattson was a guaranteed pick for the professionals? Well, for your purposes she is on the No-no tier. What she is designed for is holding space, and if you are not at the top of the Predator Ranks, I would bet my hair (as much as is left) that you are not going to try to stay in one spot for the whole game. For most people, Apex is about running around, trying to find the next dose of Dopamine by getting kills. 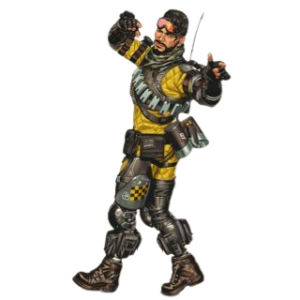 Mirage. This arrogant prick. I don’t know about you, but even though his hair is good, he is too annoying. That’s it.

Nah, I’m kidding. His toolkit allows him to Bamboozle people, which is great, but other than that, he has nothing to offer to the team. No team fight ultimate, no great mobility, nothing. Even the buffs he received (being invisible while he is reviving someone) are not enough to justify picking him. Avoid Mirage.

How we ranked Legends

On this Apex Legends Tier List, first and foremost we focused on what are the best Legends to play as a solo average skilled player. If you get invited into one of the professional teams, they will give you their tier list (call me!!). So, for the Legends, we have on the higher tiers the legends that can help you make good plays, without needing to have perfect communication with your teammates.

These are our personal preferences (of course backed up by reason and the preferences of high-skill players).

On the next page we are going to get into our Apex Legends Weapon and Gun Tier List. Alternatively, go back to the Table of Contents by clicking here.