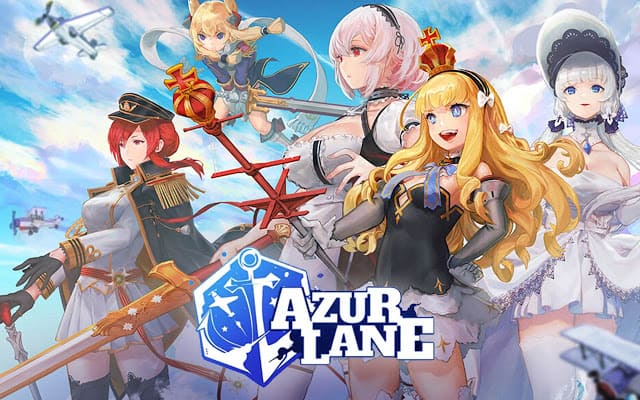 We are showcasing our Azur Lane Tier List in this article.

Azur Lane is a side-scrolling shoot ’em up video game created by Chinese developers Shanghai Manjuu and Xiamen Yongshi for Android and iOS. The game was initially released in China and Japan where it found immense popularity with around 5 million active players, following which the game was released slowly into other regions such as North America and Europe by October 2019. The game’s popularity also pushed several manga and short novel adaptations along with a complete anime television series adaptation as well.

The characters, primarily female, are considered to be human representations of world warships, mainly from the United States Navy, Royal Navy, Imperial Japanese Navy, and Kriegsmarine, with other ships from the French Navy (both Vichy and Free France flavors), Republic of China Navy, People’s Liberation Army Navy, Regia Marina, Soviet Navy and Imperial Russian Navy being added later. Players are required to collect these characters and organize them into six fleets and confront AI-controlled enemies or other players’ fleets.

Azur Lane features a diverse roster of characters to choose from. Characters are mainly divided by the type of ship that they can morph into. This further determines their position and function in the map. In our tier list, we will divide the characters into S/A/B/C/D tiers with S-Tier being the strongest and the D-Tier being the weakest. As not all ships are useful in every game mode, we will present our tier list with all the types within each tier rather than separating the types. So, without further ado, let’s get on with the tier list.

These are your strongest ships in the game. They define the meta and are a crucial part of almost any composition for any game mode. You’ll have the best experience playing this game if you have a handful of these ships at your disposal. They have excellent stats and skills that fit in most of the situations that the game throws at you.

While the ships in A-Tier aren’t as good as the ones in S-Tier, they are still very solid choices to have in your fleet. They have high stats and are powerful and can be used in a lot of combat situations.

The ships in B-Tier aren’t as overpowered as the ones over in S-Tier and A-Tier but given the correct player, these ships will shine. Playing these ships effectively requires the player to have a decent amount of experience with the game. They can be considered meta choices provided you know what you are doing.

The ships in C-Tier are what I would consider average. They have nothing too extraordinary to boast about and have considerably lower stats than the ships already mentioned in the list. They could be considered in a few niche scenarios but apart from that, you should consider replacing these ships if you have them in your roster.

These ships are to be just plain avoided. We hate to say it but these ships have the lowest stats and are the worst in the game right now. Only play them if you have nothing else in your disposal but drop it as soon as you get one of the ships from the higher tiers.

When preparing for the game’s main mode, players can organize two fleets consisting of a front row (Vanguard) and a back row, with three slots available in each row. There are five kinds of ships which are recommended for the Vanguard, namely,

and eight kinds of ships for the back row, namely,

For the main PvE game mode, The map has a grid-like structure similar to the game, Battleship, which consists of various nodes with each node performing a different kind of function. Players must navigate optimally and assemble their fleets tactically, to clear obstructing enemies and, using minimal movements, reach the map’s boss. For the PvP game mode, the player has to prepare a defense fleet and organize an offense fleet to challenge opposing players’ defense fleets.

And that’s our Azur Lane Tier List done and dusted. The game can be overwhelming with its large roster of characters and we hope that our tier list helps you navigate through the game with a lot more ease. Azur Lane is popular for all the right reasons, its won multiple awards and has been rated very highly by its player base as well. It’s available for both Android and iOS and we recommend that you give it a shot if you haven’t already done so.

If you liked this tier list, make sure to check out our Summoners War: Lost Centuria Tier List as well.