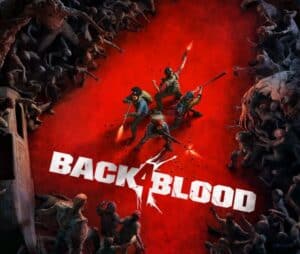 Today we’ll be showcasing a Back 4 Blood Tier List for weapons.

Back 4 Blood is an online multiplayer first-person shooter game from the creators of the Left 4 Dead franchise. You, the player, will be at war with zombies called “the ridden”. Humans who were once hosts of deadly parasites have turned into terrifying creatures bent on devouring what remains of civilization. As humanity’s extinction is on the line, it’s up to you and your friends to eradicate the ridden and reclaim the world.

This weapon tier list can help new players of the game to slay the ridden and emerge victoriously. In Back 4 Blood, some weapons are just a level above the others in terms of power and usefulness. Even without attachments, these weapons perform the best out of all and can easily outclass others.

S Tier weapons in Back 4 Blood are the best weapons that you can use in the game. These weapons can be used in any situation and are very versatile. The weapons listed in this tier are the strongest,  have the least weaknesses, and are the most efficient ones to use.  They are the best the game has to offer.

A-Tier guns might not be as good or useful as S-Tier weapons but everything on this tier is still worth holding on to if you do not have the ones in S-Tier. Given the proper attachments these weapons can be very useful and powerful. These weapons might also not be as accessible as others.

B-Tier weapons can be considered the average weapons. These weapons do their jobs but are not considered the best. It is good to use if you don’t have anything else better to use but it won’t be as effective as weapons in the higher tier. It is best to swap to a better weapon as soon as you have something that is more versatile.

If given the chance, players should pick other weapons over the ones that are in this C-Tier list. The weapons in this tier can be considered underpowered but are still usable. It is only ideal to use these if you do not have a better option available. Most of these are starting weapons and just are not as useful as other weapons that are available.

Weapons in this tier can be considered the worst weapons in the game and we would advise that it be avoided if possible. These are very basic or melee and you should replace these weapons as soon as you are able to. 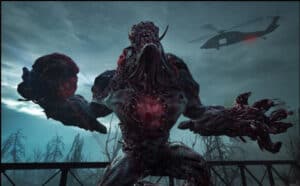 Q: What kind of game is Back 4 Blood?

It’s a cooperative first-person shooter, zombie horror game. So, if you love zombie shooting games, then this one’s for you!

Q: Who is developing Back 4 Blood?

Q: Who is publishing Back 4 Blood?

Q: When does Back 4 Blood release?

Q: Which PC platform(s) will Back 4 Blood be available on?

Back 4 Blood will be available via the Microsoft Store, Steam, and Epic Games Store.

Q: How much will Back 4 Blood cost?

It’s available in the following editions:

Q: Is an internet connection required to play Back 4 Blood?

YES, you’ll need an internet connection to play all modes in Back 4 Blood.

Q: What kind of multiplayer modes will Back 4 Blood have?

The game will support up to 4 players in online cooperative modes and 8 players in PvP (player versus player) Swarm mode.

YES. Offline Training mode that has all cards unlocked so players can create and test various deck builds, while also familiarizing themselves with the layout of the missions and Ridden corruption cards played by the Game Director. Queuing for the Training mode will put players in the campaign with three A.I. teammates, which will assist in various ways such as healing and using offensive items. Players will also be able to alone and earn progression through an Offline Solo Campaign mode.

Q: What is the story in Back 4 Blood?

The story of the game takes place after a catastrophic outbreak where most of humanity has either been killed or infected like the usual zombie outbreak games or movies. Hardened by the unspeakable events and emboldened to fight for humanity, a group of veterans of the apocalypse called the Cleaners have rallied together to take on the parasite-infected horrors known as the Ridden to take back what is left in the world.

Q: Is a PlayStation®Plus subscription or Xbox Live Gold membership required to play Back 4 Blood?

There you go! That concludes our Back 4 Blood Tier List: Weapons. We hope that this list helps you slay the ridden with ease and make the game a little easier. Back 4 Blood is a challenging game with an interesting storyline. It is an engaging game to play with your friends. Back 4 Blood’s gunplay is remarkably good. This game can spark nostalgia as you can see little resemblance to Left 4 Dead.

Back 4 blood can be played on the following platforms:

You can check out the game here on their official website and start slaying the ridden. The game can be bought on various platforms as well as Amazon, and physical stores.

Did this article help you? Check out our Hades weapon guide for more of the same thing!