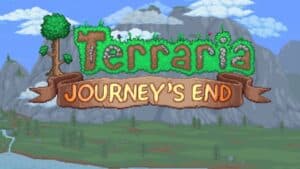 Ranged weapons in Terraria are often regarded as one of the best endgame choices for players because they allow damage to be dealt with minimal risk. It’s no wonder why most players want the best gun in Terraria. Guns tend to be popular because of their stylish design and ease of use compared to launchers and bows.

The “run-and-gun” play style in Terraria is not only efficient, but it is also satisfying. You can shoot down enemies while dodging and avoiding enemy attacks. Clearing hardmode boss fights tend to be easier with guns since they have a high-speed projectile coupled with high damage-per-second.

Terraria offers a wide selection of guns per rarity tier, but each has its perks and qualities. Let’s talk about Terraria’s best obtainable/craftable gun.

What is the Best Gun in Terraria?

Our pick for the best gun in Terraria has to be the S.D.M.G. (also known as the Space Dolphin Machine Gun). The S.D.M.G. is a hardmode gun that deals 85 base damage (77 on console) per bullet. In the Journey’s End update, the S.D.M.G. also received a buff that increases its chance to avoid ammo consumption by 66%.

The only downside to the S.D.M.G. is that it is only obtainable at the endgame, which means it is less valuable if you want to try speed-running the game on a new save file.

How to get the best gun in Terraria

Other Contenders for the best gun in Terraria

We can’t forget to mention the other best hardmode guns that nearly match the strongest gun in the game. These guns are also easy to use and they come with perks that make hardmode easier.

Guns are also viable weapons even before you’ve entered hardmode, but there is a particular gun in Terraria that shines in the early game: the Minishark.

A relatively high fire rate and decent damage-per-second make the Minishark the best choice for the early game. With the Minishark, you can deal continuous damage against high H.P. mobs without needing to aim carefully. Plus, it is the only pre-hardmode gun with a 33% chance to avoid ammo consumption and is used as an ingredient to craft the Megashark.

The downside of having no knockback isn’t significant in pre-hardmode due to low spawn rates. Focused damage-per-second is more important as the main focus is to beat boss monsters to unlock hardmode.

How to get the best pre-hardmode gun in Terraria

You cannot craft the Minishark, but you can purchase it from the Arms Dealer for 35 gold.

Guns in Terraria allow for a thrilling and action-packed play style. You dodge while shooting enemies at the same time. While each gun has its characteristics that make them suitable for different playstyles and challenges, some guns shine due to their general purpose and viability.

Terraria’s best gun is considered to be the S.D.M.G. because of its high performance. Having the greatest damage among the hardmode guns, combined with its high fire rate, allows the S.D.M.G. to be used for different playstyles.