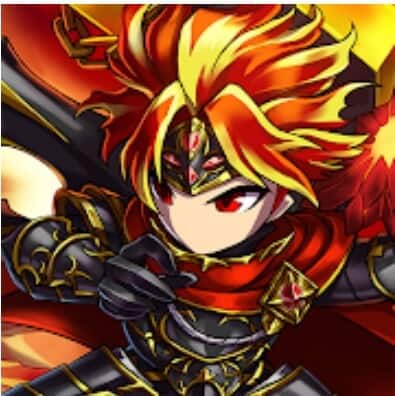 We are showcasing our Brave Frontier Tier List in this article.

Last Updated: January 2022
This is a major update. We added a section for the strongest character with stats and strategies. There’s also a new section for game updates and FAQs.

Many gacha games have tried to achieve what Brave Frontier has done: a huge cast of units to summon and a vast, vibrant game. Several years have passed since Gumi Asia was first released globally in December 2013, and the game has evolved a lot since then. You may have wondered if it’s time to reconsider what combination of units to summon in your next gameplay, no?

Don’t worry, that’s what we’re trying to help you with through our Brave Frontier tier list. Here you will find out which are the strongest units and which ones can be, well, ignored. Out of the list of thousands of units in Brave Frontier, we chose to include the ones worth mentioning, plus some examples for the lower tiers.

So keep reading to find out our picks! (We present them to you by element type).

We are kicking off this list with the strongest units. These units are at the tippy top of Brave Frontier’s power club. All of them have amazing abilities and can deal a lot of damage, heal, or buff.  If you want to breeze through the endgame content, then you should build your team’s composition around these heroes if you are lucky enough to summon them.

Just because they are not on the S-Tier doesn’t mean that these units have a lot to be jealous about. All of these units are excellent picks if you want to go through the game’s content without a problem. If you are a perfectionist (poor you) and want to have the best team possible, only then we would understand if you were disappointed by summoning these units. ONLY THEN!

They might not be the best units in this game, but they’re strong enough to

This means that if you summon these units, you have to use them to complement the rest of your team, but be aware that there are better options that you should be looking out for.

If you summon the following units, your luck is a bit on the bad side. Of course, some of them are amazing at what they do, but their stats are not as good as the ones higher on the list, or they just don’t scale well enough to deal with the endgame content easily. With the right set up you can do it, but the time investment you have to do is going to be huge.

If you summon any units that are on this list,  then your luck is running out. Most of these units lack what it takes to help you out significantly on your journey. Either when it comes to pure numbers or their abilities are not very helpful for the whole team. They are very basic summons that you should have no problem replacing with a higher-ranking character.

These are not the only bad units in Brave Frontier; these are just some examples that we picked for the list of units you’d want to avoid. Yes, that’s right. AVOID It’s almost impossible to do anything with a team composition of units from this list, even if you have them combined in an optimum way. The only reason you should have them on your team is if there are literally no other summons. But apart from that, please, stay away from them.

You’ll know who’s the strongest character in our Brave Frontier Tier List on the next page.