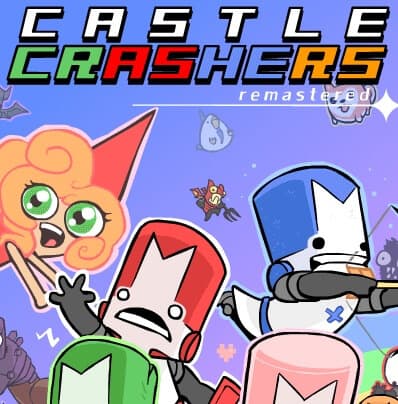 For our Castle Crashers Tier List, we’re ranking every playable character in the beloved hack-and-slash.

Castle Crashers is an action role-playing indie game that allows up to four players to progress through the main campaign. Set in an unnamed medieval world, players must rescue four princesses from an evil wizard. But standing in your way are hordes of enemies — from thieves to necromancers, all the way to alien invaders!

Castle Crashers is an indie game with a long history. First released in 2008 for Xbox 360, the title was well-received, with many praising it for its crisp art style and enjoyable gameplay. Later, Castle Crashers would be released for PlayStation 3 in 2010 and PC in 2012. And in 2015, its developers announced the release of Castle Crashers Remastered for Xbox One and, eventually, PlayStation 4 and Nintendo Switch. But regardless of platform, you’ll need to know the best playable characters in the game. That’s what our Castle Crashers Tier List is for.

Keep on reading to see the best hack-and-slashers in the game!

Castle Crashers features 31 distinct playable characters. Each has a starting weapon and a specific skill set that you can utilize as you fight different enemies. In this Castle Crashers Tier List, each character falls under one of the five possible ranks: S-, A-, B-, C-, and D-Tier. Characters in S-Tier are the best options in the game, with excellent skills that perform well in the main campaign and across minigames. Conversely, D-Tier characters are the least effective in the game. Their skills aren’t very useful, so it’d be a waste to invest in leveling them up.

Now that you know the best characters in the game, you’ll need to start planning on how to improve them. This can be done by strengthening their Attributes. Attributes are essentially your character’s main stats. Each Attribute affects a different aspect of their combat ability, so what you choose to invest in greatly affects your playstyle. To allocate skill points to an Attribute, you must level up each character individually. So, your strategy should involve what characters to invest in and which of their Attributes to strengthen. Luckily, our Castle Crashers Tier List also features a guide on character Attributes.

Strength
Your Strength stat decides how much damage your character inflicts in one physical attack. Because characters gain experience from hits, not damage, it’s not ideal to invest too much in this Attribute.

Magic
Your Magic stat increases your magic damage, decreases magic attack costs, and improves the magic bar recharge rate. Similar to Strength, it’s not recommended that you invest too much in this Attribute.

Defense
Your Defense stat increases your HP, your resistance to all types of attacks, and makes the flinch effect go by quicker. There is no downside to investing in this Attribute, so you should put most of your skill points here.

Agility
Your Agility stat increases bow damage, bow fire rate, and character movement speed. This Attribute makes it easier for you to execute combos, juggle, and dodge. So, you should invest in it, along with the Defense stat.

Castle Crashers is a great game that features exciting gameplay, a humorous storyline, and lots of co-op fun. So it’s no surprise that the title was (and still is) so well-received. No doubt, many modern hack-and-slash games, such as NieR: Automata and Hades, have drawn inspiration from such a longstanding series. And while these games are great too, you can’t deny that the classics are hard to beat.

If you’re itching to try this hack-and-slash classic, check out the Castle Crashers official website for download options as well as more details on the game. And don’t forget to consult our Castle Crashers Tier List, so you know which characters to play as!

If you enjoyed this, we’re sure you’ll also have fun reading our tier list for Magic!