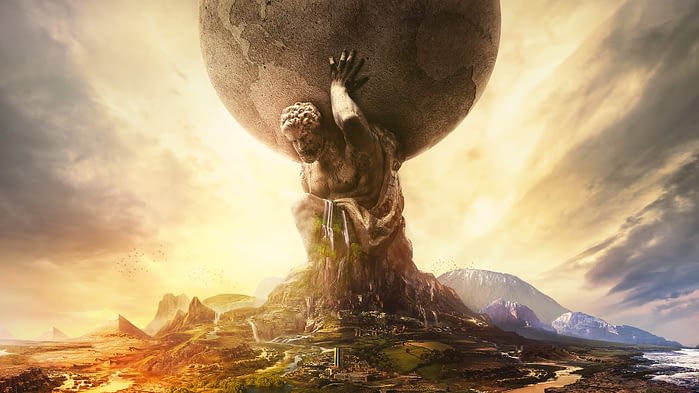 In this article, we are going to Summarize the difficulty levels of Civilization 6.

Sid Meier’s Civilization 6, is the news addition to the infamous Civilization series, which has millions of players around the world, with an addictive turn-based Civilization building (obviously) gameplay. This game is by no means easy, requiring you to have a deep knowledge of the mechanics and leaders of the game if you want to stand a chance. Of course, the first few playthroughs might be failures but after a bit, you will find the way to get that precious victory. This is where you find out that you have been playing at the easiest level possible and that the game offers 8 different levels of difficulty from the easiest being Settler and the hardest one being Deity.

In order to make the game more challenging, the developers have given certain buffs to the AI-controlled leaders over you. We will start from easiest and move to hardest.

This is the easiest level of the game, meaning that the game is trying to help you to win. You can play casually at this level and the game will give you some benefits over your opponents. Moreover you have some extra combat bonus (you deal more damage in combat) while the AI’s combat bonus is reduced, and you also gain more XP after every battle, and the reward for destroying a barbarian settlement is 45 gold.

This level is almost identical to the previous one, except that your combat bonus and combat XP is a little bit reduced. The gold you receive for destroying a barbarian settlement is reduced to 40. Other than that, it’s the same.

On the Warlord level, you still have some combat bonus and combat XP advantage over the AI, but it is getting noticeably reduced compared to the previous levels. You get 35 gold for destroying barbarian settlements.

This is where everything is getting favorable for the AI. The AI gets some Science/Culture Culture/Faith Faith Bonuses (8%), production and gold bonuses (20%), combat bonus, Combat XP bonus, 2 Free Tech/Civics Boosts, and extra starting warriors.

This challenging level gives even experienced players a challenge by doubling all the advantages given to the AI in the King difficulty while adding an extra starting warrior unit, an extra Settler, and an extra Building Unit once they create their first settlement. Definitely, a challenge if you want to start fighting early.

At this level, you need some serious skill if you want to get any kind of victory. The AI gets one extra Warrior unit and one extra Builder Unit from the start of the game, with Science/Culture Culture/Faith Faith Bonuses (24%), and production and gold bonuses (60%). The cities that they create will automatically have ancient walls. Add to all that an extra combat bonus for the Ai and you have a serious challenge on your hands.

This difficulty level has been named Deity because you need to be a god to even survive the first 10-20 turns. Every unit except the builders goes up by one and Science/Culture Culture/Faith Faith Bonuses go to 32%. The production and gold bonus goes to 80% and the combat and XP bonus goes up as well.

If you are familiar with the Civilization series, we suggest you start from the normal difficulty and try to work your way up to the hardest levels.  You should know that in order to win a game in the Deity difficulty, you need to have a deep knowledge of the mechanics of the game and to have a clear victory goal in your mind. On top of that, you have to be very efficient with the way you move and expand, so that you don’t waste any turns. Civilization is a very unforgiving game even on the easiest levels, imagine in the hardest ones. For further guidance on this game, we suggest checking out our Tier List which will provide more strategy on this game as far as which Civilizations to choose and why.