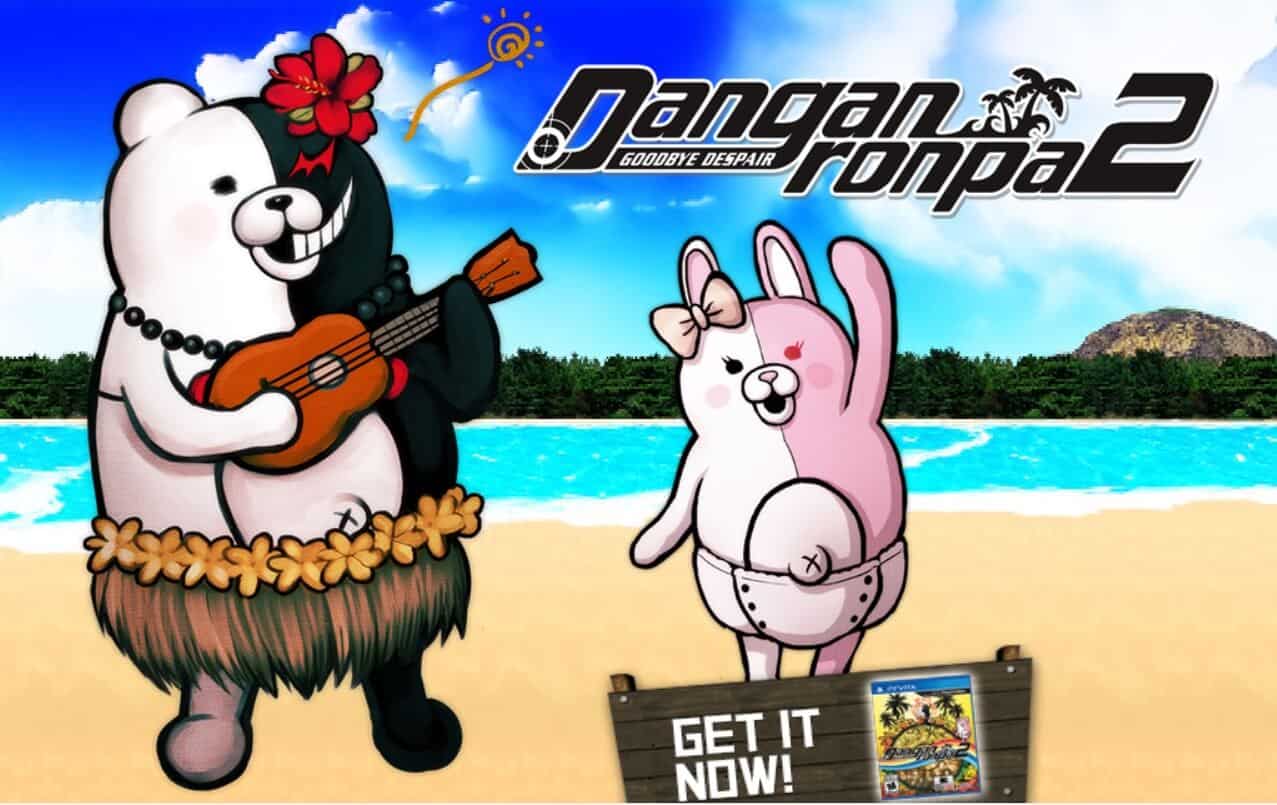 For our Danganronpa Tier List, we’re listing all your favorite murderous students from Hope’s Peak Academy.

Those who love mystery, JRPGs, and anime art styles may have already encountered the popular game franchise, Danganronpa. Played in first-person point-and-click mode, Danganronpa is a game from Spike Chunsoft about a group of students who one day wake up to find themselves locked away in an exclusive high school, unable to escape to the world outside. If that doesn’t sound ominous enough, they’re also terrorized by Monokuma, a sentient bear mascot representing an unknown organization, and gradually manipulated into killing each other in a battle royale-style murder game where they must investigate each death afterward. The kicker? If they don’t find out who committed the murder, everyone in the group dies a grisly death.

Danganronpa has gone on to become a worldwide phenomenon, inspiring three sequel games, two anime series, an OVA, and two manga adaptations. Fans of the Phoenix Wright: Ace Attorney series will find the gameplay easy to master, and the story a refreshing change from the usual whodunit. And if you’ve played any of the Danganronpa games, you might be all too-familiar with what makes this franchise tick—besides the violent, creative execution scenes, of course: its unique set of crazy characters.

Everyone who’s played this game has a favorite character or two—whether it’s the good-natured protagonist Makoto Naegi or the psychopathic Junko Enoshima. There are over 50 main characters, each with traits that set them apart and make every game (as well as every inevitable death) quite entertaining. A lot of us have experienced the feeling of rooting for a particularly interesting student and hoping that they won’t be the next person to die in Hope’s Peak.

With that said, let’s get right to the tier list!

You may have wondered if people share your opinion on who the best and worst characters are in the game. And if you’re like us, you may have already looked for a ranking list on the internet. Well, you’re in luck, because here we have the Danganronpa Tier List for every character, from Trigger Happy Havoc to V3: Killing Harmony!

Find out if your favorite students made it to the top of the list.

Here we listed every character that made an unquestionable impact in the game narrative—not just reactors to the plot but the ultimate story drivers that made Danganronpa a worldwide success. It wouldn’t be a Danganronpa Tier List without these top performers!

Now we’ve got the characters that are either effective protagonists or have really made an unforgettable impression on players with their unique personalities and/or the mysteries behind their deaths.

We’ve got the top performers, and then we’ve got the average joes of the game universe. In this list, we have all the characters who are fairly entertaining, but didn’t quite make the cut.

Now moving down to Class D of this Danganronpa Tier List, we’ve got the students who are—well—fittingly just minor parts of the story or killed off near the start of the game. You probably vaguely remember them from the student list or the infamous Class Trials, but they haven’t really done much to cement themselves to the fans’ psyche.

And now for the runts of the litter. These characters, in our opinion, could have been left out of the story entirely. They barely contributed to the plot and could be easily forgotten, unless you search for tier lists like this.

Did your faves rank on top?

There are currently seven titles in the Danganronpa franchise that aren’t exclusively for smartphones or tablets. And we’re ranking them from best to worst using four tiers: S, A, B, and C. Our criteria for judging hinges primarily on how enjoyable the game is and how well its elements mesh together.

Starting off with the strongest title in the series, Danganronpa 2 is the only iteration to nab a place in S-Tier. Being the direct sequel to the first-ever Danganronpa game, Goodbye Despair takes everything that players loved in the original and takes it up a notch. With better character interactions, more fun mini-games, and spine-tingling trials, Danganronpa 2 is an excellent addition to the franchise. And to top it all off, the developers improved upon the story, adding more twists and turns to keep players on their toes.

Danganronpa V3 was the first game in the franchise to be ported to home consoles in its original release. With a more robust gaming system, developers pushed the boundaries for the third main game in the series. Killing Harmony provided more trials, more plot twists, and more gaming content for eager players. It’s lauded as having the best gameplay in the entire series. However, it’s a tier under Goodbye Despair because it made a few changes to the gameplay and narrative style that just weren’t as effective as the original format. Still, it’s well-worth playing, which is why it’s still high up in our Danganronpa Tier List.

Now we come to the first spin-off title on this list. Ultra Despair Girls breaks away from visual novel mechanics and, instead, introduces shooting and puzzle-solving. While the classic art style and character interactions make the title engaging and familiar, the overall gameplay is nothing special. Plus, the plot delves into some pretty nasty stuff, like abuse and harassment. So, unless you can stomach these dark topics, you’d best skip over this one. Past these questionable plot points, however, is a genuinely endearing friendship between the two main girls.

Who can forget the game that started it all? Trigger Happy Havoc was a stellar game when it was first released in 2010. And while it’s still an amazing game, its overall playability pales in comparison to the two newer titles in the main trilogy. Trigger Happy Havoc was the start of an amazing series. That’s our key phrase: “the start.” Though despite its flaws, it’s still a classic among mystery visual novels.

Unsurprisingly, the titles in C-Tier are better described as Danganronpa experiences, rather than full-fledged games. Starting with Cyber Danganronpa VR, which utilizes the PS4’s virtual reality headset. This was a tech demo that featured the fourth trial from Trigger Happy Havoc. Given its short game time, it’s no surprise that we put it at the bottom of our Danganronpa Tier List. Still, it’s free-to-play, so check it out if you can!

Next is Danganronpa S, which features the board mini-game from Danganronpa V3. While enjoyable in its own right, this title doesn’t exactly add to the lore nor introduce new content, which is why it’s in C-Tier.

Lastly, we have Kirigiri Sou, the second official spin-off of the Danganronpa series. Unlike past games, it leans more on horror and suspense. Plus, developers describe it as a “sound visual novel.” It has the usual visual novel elements, but puts plenty of focus on sound and music design to immerse the player in the story. It’s an excellent game, according to critics and fans. However, it’s only been released in Japan.

And that concludes it for our Danganronpa Tier List! Did your favorite characters make it to the top, or did they move further down the bottom of the ranks? Who’s the most interesting student in your opinion? Who had the best death scene? And who are the ones you couldn’t care less about?

Are these too many new names for you to handle? We’ve got you covered. If you’ve only played some of the Danganronpa games or are entirely new to the series and would like to get in on the fun, head to their Steam Page and get yourself a copy today!

Hopefully, our Danganronpa Tier List gave you a good idea of which games are worth experiencing and which are just meh. If you love games like this that focus on murder and deception Among Us is also a game that you’ll surely enjoy!