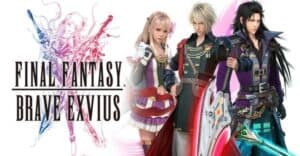 If you are looking for an FFBE Tier List, for (Final Fantasy Brave Exvius), then you are in the right place.

There are some games in every genre, that a veteran player of this specific genre has to play if they want to keep the title of veteran. For the gacha genre, it’s Final Fantasy Brave Exvius. FFBE is the game developed by Alim and published by Square Enix games, the famous creators of the Final Fantasy series.

The goal of the game is to grind through its levels, to get the best characters and items, multiple times, getting stronger every time, to complete the game. Of course, this is easier said than done, since FFBE is a complicated game that requires deep knowledge of its mechanics and characters. So if you don’t know what is working and what is not in the game, take a look at our ffbe tier list, ranking the most important characters of the game.

Without further ado, let’s dive into the tier list

The characters in this tier, are the ones that you could call “borderline overpowered”. If you are ever lucky enough to get these characters you will soon realize, that they are on a whole different level from all other characters. They have overwhelming strength, especially if they are 7 stars. You should definitely put these characters in your roster if you have the option.

Even though the characters on this tier don’t have the overwhelming strength of S-Tier characters, this doesn’t mean that they will not be a great asset to your team. They are exceptional picks that can go through the game easily and need a very little setup in order to start doing the job you want. Try to build around these characters.

We are slowly getting into the part of the list, that includes characters that are a bit more on the average side. Taking into account how hard it is to find some of the characters higher on this list, the B-Tier characters can serve as excellent starting points, to create a formidable team. Just remember that they are not the end goal of this game.

On this tier, we have characters that could work, especially if their abilities are synergized properly, but for the most part, it’s not worth putting the effort into evolving them and getting them the right gear, since all the characters higher on this list would do better with even less time investment.

As you can guess, in this tier, we have characters that are significantly stronger than what they ought to be, considering that they are 7 stars. You can get some situational use out of them, but for the most part, you should replace them, as fast as you can find better characters. If you are not lucky enough, just keep trying

And here we are at the bottom of our list. Here we decided to include some of the characters, that in theory sound great, but in practice lack any kind of power. Either their synergies are very limited, or the raw damage they can output is nothing compared to the other characters in this list. Of course, there are many characters that we didn’t include in this list, which means there are even worst options.

Who is the strongest character in FFBE?

From our experience, the strongest character in the game right now is Alphonse Erlic. This young alchemist that came in from Fullmetal Alchemist, has created some noise with his coming.

He can deal significant amounts of damage thanks to his passive abilities and if he gets combined with the right units, he can be an unstoppable machine that carries you through all of the game’s content.

To be the best in FFBE, you need to put the time in and study the mechanics of the game. It is a very demanding task and not fitting for everyone. If this is your aim, this tier list will help you focus on the correct characters to farm, so you don’t lose your time, investing in a character that might not work at all in the end.

In conclusion, Final Fantasy Brave Exvius is a game meant for enjoyment, as most games are. So don’t let our list stop you from having fun with the characters you enjoy the most.