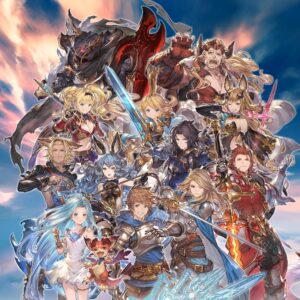 In this article, we will be presenting our official Granblue Fantasy Tier List, which is based on one of our favorite games in the Gacha genre. There are few games like it, especially when you consider that it was first released on 2014 and is still an ever-evolving game. In it’s almost 7 years of existence GBF has seen a huge success amongst its audience, thanks to the expansive cast of characters it offers and the unique mechanics of this game.

We decided to create a tier list, to help the newcomers get an understanding of what works in the game and what doesn’t. If you search for all the characters of the game, you will be surprised to find that there are actually hundreds of them, with enough numbers to their names to make you wonder were to start from. Well, don’t worry. Keep reading this list and you will get a good idea of what a great character looks like.

We decided to rank only the Super Super Rare (SSR) characters and some Super Rare (SR) ones since they are the ones that will make the real difference in the game. Plus, we don’t think a list with hundreds of names and weird numbers would help anyone.

We are starting with the tip of the iceberg. These characters are the real deal. There is no doubt that if you manage to summon any of these characters, you will be a unstoppable machine in this game. Of course it is extremely rare to summon them (as the name suggest), but that is because they give you a huge advantage, with their amazing stats and their unique abilities.

If you see any of the names in this list, appear on your screen, as the character you summoned, rejoice. You might as well start breezing through the game’s content immediately. Of course, they are not as strong as the ones in the S-Tier, but they are pretty damn close.

For all of you perfectionists and completionists, this tier might look like a joke, but for most of the people that are reading this list, all of these characters should be enough to go through all of the games levels with no problem. Especially if you combine these characters ideally, you are looking for some bombastic damage potential.

They can’t all be perfect, am I right? That’s what this tier comes down to. They are SSR and SR characters so by definition they are above the average, but still when they are compared to the rest of the characters of the same rarity, there are better alternatives. For example anything that Lowain can do, another water type character, higher on this list can do it better.

Now we are getting to the “very not perfect” tier. These characters are suffering in the current meta of the game, by not having a lot of ways to synergize with their team. So if you manage to summon an SSR or SR of this tier, don’t get too excited.

It feels like all your luck goes to waste, summoning an SSR character to later find out that it’s not that much better than the lower Rarity characters. This is the case with all of the characters in this Tier. We suggest you replace them, as soon as you have anything better.

If you read this whole Granblue Fantasy Tier List, you should be ready to embark on your journey in this great game. Use this list a guide to choose your favorite characters but also the ones that you know will provide the results you want. You don’t want to get into the later stages of the game, with a character that will disappoint you. It’s just not worth the time and the effort. This is what our list is here for. Of course the your main purpose should be to have fun.