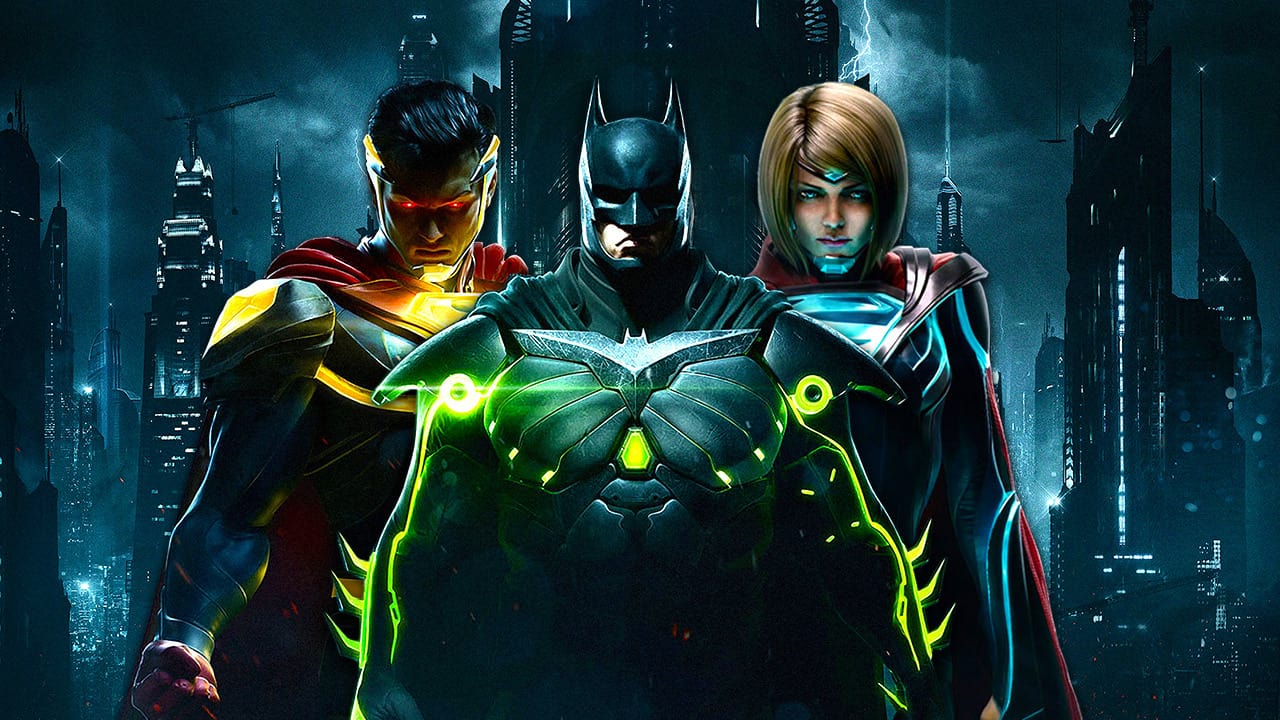 In this article, we will rank each hero in Injustice 2. With our Injustice 2 Tier List, you can pick out heroes to use in your game that are sure to boost your competitive spirit!

Injustice 2, a fighting game developed by NetherRealm Studios (yes, the same developers of the acclaimed Mortal Kombat games) and published by WB Games, was released in May 2017 as a “super-powered” sequel to the 2013 fighting game Injustice: Gods Among Us. The game can be played on major platforms such as PS4, Xbox, PC (through Steam), and even on mobile (Android and iOS).

With its expansive set of DC Universe heroes and improved gameplay and graphics than its predecessor, it quickly became a hit to fans of fighting games and especially to DC comics fans! It allows players to build unique and ultimate versions of their favorite DC heroes – from giving them different skins,  equipping them with powerful gears that can be earned throughout the game, and taking control of how their heroes fight! The game is so popular (and for good reasons!) that it won the Best Fighting Game award in 2017.

Several game modes are available in Injustice 2: Campaign, Challenge, Arena, Champions Arena, Resource Missions, Solo Raids, League Raids, Story, and Operations. We won’t be going through each of these modes in this article, though – instead, we will help you build your league or select a hero to use in the competitive battle modes, such as Arena / Champions Arena.

Now, it is also worth noting that there are only 28 base game heroes in Injustice 2. The rest are either DLC or pre-order bonus (marked with * in the list below!).

Let’s proceed then, shall we?

*Drumrolls*! On this tier are none other than the best heroes (at least for us!) in Injustice 2. These heroes have the most complete and excellent skill set, contributing to their competitive game modes’ win rate. They are equipped with hard-hitting combos and powerful moves that you’ll definitely love. But hold your horses, while these heroes are powerful, newbies in the game may have a little hard time learning to play them, to which we say: “Practice makes perfect!”.

Moving on to the A tier, where we still see an excellent roster of heroes, they can definitely do well in competitive game modes, while not inherently as strong as our previous heroes. And if you master their skills and gears, you may even surpass the S-tier heroes in battle.

In the middle zone of our tier list,  we have heroes that are still viable and can prove to be good picks in mid-rank competitive battles – they aren’t too bad. They can be your substitute heroes if the previous ones are out of commission from your roster (e.g., if you haven’t bought their DLCs yet, no?); they have a great advantage as most players don’t know how to counter them in the game. Be sure to learn the skills of these heroes so you can maximize them in battle.

Now, these heroes are… somewhat below average. They are the heroes you will rarely see in highly competitive battles, and for valid reasons. Better to skip them and pick other heroes if you can.

Though for a challenge, you can pick these heroes since you’re sure to have a difficult time, and the game will definitely NOT be a walk in the park! Consider yourself warned.

So we finally find ourselves at the bottom of our tier list – whew. The good news is that you’re almost done reading this article and can go back to playing Injustice 2. The bad news is, well, if you find the hero you’re eyeing in this tier, we’re sorry to burst your bubble, but please get your eyes checked (just kidding)! But seriously, these heroes are the worst ones you can pick as they offer next to nothing and won’t give you that much chance of winning in battles.

Avoid them at all costs.

And there you have it – all of the Injustice 2 heroes ranked!

Did we already mention about DLCs for Injustice 2? Yes! The game still receives lots of love from WB Games as we continue to see DLCs being made for it; these new releases are always packed with content, and we sometimes even get new heroes added to its already massive roster.

As with any tier list, ours is subjective and can differ from what you expect to see, but let us know what you think in the comments! We keep this article updated regularly, so be sure to check back!

And finally, whether you are a solo player or someone who loves to play with friends, someone who wants competitive battles, or just wants to experience the epic and cinematic storyline of the DC universe, Injustice 2 offers several game modes that can suit your game style. If you’re still on the fence about playing this game (really?), we urge you to give it a try already – you are sure to have fun!