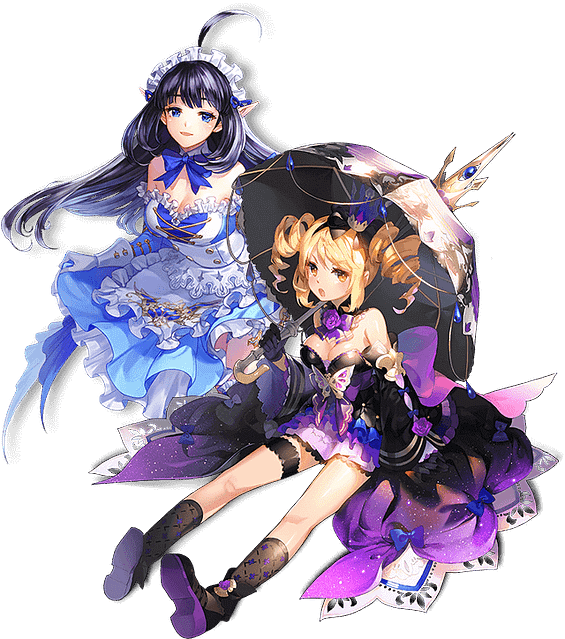 Today, we will be focusing on the ultimate King’s Raid Tier List.

But, because we know how much you love the game (and honestly, because of how much we love you as well) we will be presenting you with NOT ONE, BUT TWO lists. There will be one for PvE (Player versus Environment) and one for PvP (Player versus Player).

As you may have already known, each game mode requires a specific strategy that can help players in dominating their opponents. In making this list, we took into account the damage, heal, and utility each hero can provide, as well as the communities preferences. Of course, all of them adapted to the current meta.

Last Updated: October 2021
This is a major update. We now have 2 tier lists, one for PvP and another for Pve.

The success of King’s Raid is unquestionable. Millions upon millions have played this game and got sucked in by its immersive story and gacha game mechanics that makes it super addictive to play. One of the most common problems players like you might face is finding the next best hero to add to your composition. Not knowing what works in the current meta or not is what makes this problem even more tricky to solve. Additionally, there are so many characters to choose from, and it is very very understandable why some would find it dizzying to pick the right one.

We are very much aware of this dilemma, which is why we created this tier list (or lists, we’ve got two for you anyway). Hopefully, this article will help you stay and be on the lookout for the best heroes with an easy, comprehensive, and straightforward list.

Now that’s everything has been said, let’s move right into our King’s Raid Tier List.

In this first list, we will be ranking the best heroes from a Player vs Player (PVP) perspective.

Here we have the characters that are a must-pick. If you find them, we suggest that you just go ahead and put them on your team. After all, their stats are amazing and they can help you deal with most of the enemies’ compositions. There’s no way they can counter you with any of these heroes on your side.

These characters might not be the best of the best, but hey, they will definitely make great additions to most team compositions. In some cases, they can even surpass the S-Tier heroes if they are combined with the right heroes. In general though, they are a bit inferior to the S-Tier ones.

With the right support, these heroes will do an amazing job in your team. Without the right team members to back them up, however, these heroes can easily rank lower on this list. If your team composition is not made in such a way that the heroes’ abilities are given the opportunity to synergize and mesh well, you might get disappointed by these heroes’ abilities. That said, you just gotta make sure that you have a clear game plan when picking heroes.

On this tier, we are starting to lose some power. Many of these characters are situational, which means that they can support a specific team composition. In general, however,  it will be hard to create teams that will benefit from these characters in the long run.

D-Tier means no good. You shouldn’t focus on fitting these heroes into any of your strategies, no matter how tempting it may be at the beginning. Their purpose is only to function as placeholders for better heroes to come while you grind through the game.

Finally, we have the LOL-Tier. Here you’ll find heroes that are truly meant to be in different game modes (who knows, maybe LOL) since in PvP, they are serving almost no purpose. If they don’t get some serious tweaking, then they will remain at the bottom of our list.

Who is the best Hero in King’s Raid PvP?

The best Hero in King’s Raid is LOMAN. The survivability he offers in combination with his damage and utility are unparalleled and after we added him to our team composition we saw a dramatic increase in our winning percentages. If you combine him with a great healer and some decent DPS you will be Unstoppable!

On the next page is our King’s Raid Tier List: PvE