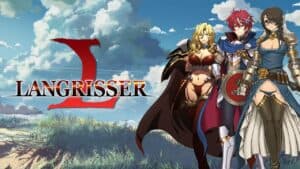 In this article we are going to present you our Langrisser Tier List.

If you are looking for one of the most dynamic and addictive gacha games out there, then you have to give Langrisser a try. With its wide cast of characters and amazing animations, you are going to get your fix of flashing numbers immediately.

As with every gacha game, it can be quite intimidating when you start. There are many characters with unique abilities that synergize in ways that you can never expect. The problem is that before you actually play some characters, you don’t really know if they are worth investing your time leveling them up. In the beginning, every character looks so cool and strong. It is not only until you get to the later stages of the game that you start to see their limits.

If you want to avoid this problem, you are at the right place. We have ranked the characters of the game starting from the strongest and going down to the weakest, so you can know if you should be happy or not upon finding a character or not.

These characters are what you would call meta-defining. If you are lucky enough to get any of them, then you are in for a ride. The damage they can do is astronomical with utility spells that can carry any kind of team. Some people have even suggested that these characters can win the game by themselves. That’s how strong they are.

Don’t look down on these characters. Their only problem is that they are not as overpowered as the ones on the S-Tier. We don’t think that is something to be negative about. They can all be combined in different ways that will give you amazing synergies that you never thought about. Of course, if you want to go against S-Tier characters you have to pick your strategy carefully. But we recommend you to invest in these characters, you will not regret it.

Not everyone is as lucky to find A-Tier and S-Tier immediately. That’s why we have the B-Tier characters. They are above average characters that will outperform your expectations for “B-Tier” and with the correct equipment they can go through all of the game. Of course, the ones on the higher tiers should be preferred, but you can even try your luck against them. It all depends on how risky you like to play it, and how close you want your victories to be.

We find here the average hero. They aren’t going to surprise you with anything, but at least you can make due. They serve as great supporting heroes for the strongest ones. You can invest time in them, especially if you like what they do for you, but be warned that at some point you are going to find the celling of their power. Unfortunately, it is going to be sooner rather than later.

Some people seem to have no luck in this game. If you are one of the people then you have been summoning characters only from this tier. It is not that they are not playable, but you see pretty fast that they don’t have a lot to offer in a team. Their use is extremely situational and they should be used with caution. If you have no other heroes then… it is going to be an uphill battle.

We would suggest you pretend you didn’t summon these characters in the first place. For some reason, the developers decided to put some heroes in the game that punish you for using them. Please remove them immediately from your team! We ask politely.

Who is the best character in Langrisser?

Liana is our choice the best character in Langrisser.

Liana is a Descendant of Light and Priestess of Light living in Salrath. Her talent heals and removes debuffs from everyone near her at the end of each round. The healing is useful; the debuff removal is invaluable in certain situations, e.g. Fire Dragon. Especially her skill Again gives her the ability to slay tough enemies that would otherwise be impossible to kill. Truly a beast in this game.

Hopefully, after you have read our Langrisser Tier List, you are ready to dive into this game without any distractions. It doesn’t mean that if a character is fancy you have to pick them. On the other hand, you can do whatever you want so….

The rush you get when you destroy a tough boss in this game is worth all the time investment to get to that point. Of course, it is easier to play at the lower levels just enjoying the pretty colors and beautiful game design, but from our experience, the more time you invest into something, the more you are going to enjoy the results.

For another tier list, check out our article on Smite.