NICKMERCS may be a new face to the streaming scene, but he is also already one of the richest in terms of net worth. NICKMERCS started streaming as early as 2010 for Justin.tv (before it became Twitch). His popularity grew in 2019 when he joined 100 Thieves and then moved to FaZe Clan.

NICKMERCS is a pro player and content creator for battle royal games like Fortnite and Call of Duty: Warzone. He is known for being one of the few pros who compete using a controller for PC. His earnings from tournaments and high viewership on Twitch have helped him increase his value in such a short time.

Similar to Ninja, NICKMERCS is one of the few streamers out there who can bring in more than 100,000 concurrent viewers to their stream. 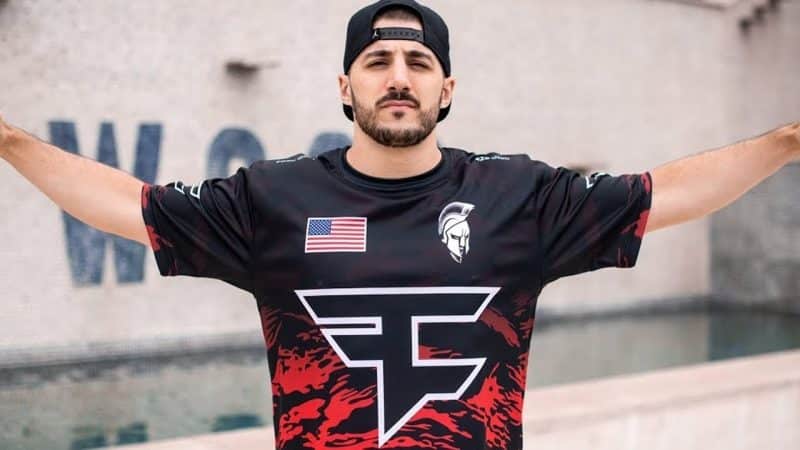 As of 2021, NICKMERCS’ net worth is estimated to be at least $4.2 million. His earnings grew when he joined 100 Thieves and FaZe Clan due to the rise in his subscribers and sold merchandise. Sponsors and collaborations are also taken into consideration as they tend to work with streamers from large e-sports organizations.

The issue with Nadeshot involving promised co-ownership of 100 Thieves has affected NICKMERCS’ net worth. If the allegations were true, then NICKMERCS would probably have more to his name. 100 Thieves is now one of the largest North American esports organizations, and NICKMERCS’ efforts were part of that growth. If the co-ownership is included, then his net worth would grow by an additional $5 million.

Despite the enjoyed success, NICKMERCS does not show any signs of stopping. The variety of his sources of income makes him one of the top-grossing streamers today.

NICKMERCS Net Worth and Earnings from Streaming and Content Creation

Streaming is one of the main sources of income for NICKMERCS. His steady growth in Twitch has helped him gain new subscribers every month. NICKMERCS is supported by his MFAM, which has grown to more than 60,000 active subscribers in 2021. He even became part of the top-earning streamers in 2019.

NICKMERCS’ YouTube account also helps him earn additional income as he posts highlights of his stream on his channel. He currently has a total of 3.76 million followers on YouTube. Most of his videos have an average of 500k views. Some of the popular videos go as high as 3 million and 5 million views. It’s clear that NICKMERCS creates quality content that resonates with his target audience.

NICKMERCS Net Worth and Earnings from Sponsors and Collaborations

NICKMERCS is not new to signing huge contracts that boost his earnings. In 2019, he already signed an excluding streaming deal with Twitch. NICKMERCS has even partnered with Activision to boost his MFAM COD: Warzone tournament and make it better. The high skill level of NICKMERCS and his large following make him an ideal influencer for battle royale shooter games.

Being part of an esports organization is also one of the advantages enjoyed by NICKMERCS. His three-year contract with FaZe Clan was signed last 2020. FaZe Clan has helped bring in partnerships for the organization and its streamers. One of FaZe Clan’s largest sponsors, G Fuel – a brand focused on esports energy drinks, also directly partnered with NICKMERCS.

The FaZe Clan partnership has also helped NICKMERCS sell his merchandise to a wider audience. His FaZe Clan jersey is one of the most popular items on their online store.

NICKMERCS is one of the most popular streamers due to his high viewership and loyal fanbase. His popularity due to Fortnite and COD: Warzone have helped boost his subscriber count. Moreover, NICKMERCS’ partnership with FaZe Clan helps him get in touch with the best opportunities for streamers.