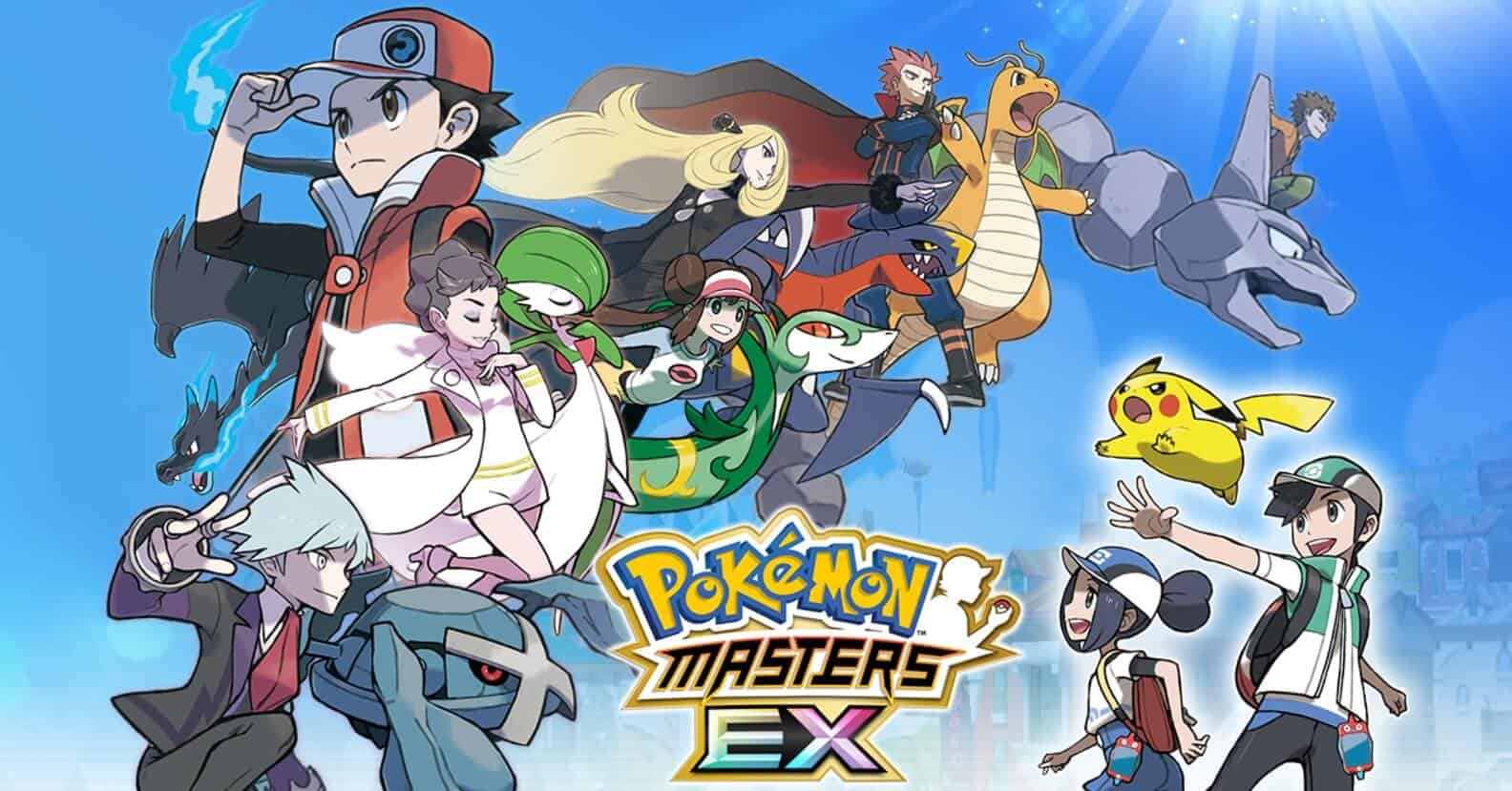 Our Pokemon Masters Tier List features some of the best sync pairs for each type of combination.

Pokemon Masters EX is a mobile spin-off game of the well-loved Pokemon series. Released in August 2019, the game has since garnered 22 million unique downloads and still has an active gaming community. Unlike traditional Pokemon games, Pokemon Masters EX features a unique gameplay format.

Players compete in 3v3 battles, with each unit being composed of a trainer and a Pokemon. Because each playable character has their own set of active and passive skills, the goal is to mix and match trainers and Pokemon to find the best possible sync pair. And because there are different types of sync pairs, this Pokemon Masters Tier List will be categorizing the best striker, tech, and support sync pair.

It’s also necessary to highlight the importance of sync pairs.

Read on to see our top picks for Pokemon Masters EX sync pairs!

With 65 trainers (including your character) and 65 unique Pokemon, there are thousands of possible pairs to try in Pokemon Masters EX. But, of course, some pairs work better than others based on their particular mix of skills.

For our Pokemon Masters Tier List, we’re ranking sync pairs across five tiers: S, A, B, C, and D. We’ve also specified whether each combination is a striker-, tech-, or support-based pairing.

First is S-Tier sync pairs which have some of the most effective in the game. Their skill combinations allow for either hard-hitting or support-heavy plays.

B-Tier sync pairs are combinations that are neither terrible nor spectacular. They’re ideal for players who don’t have access to S- or A-Tiers, but once you get your hands on a higher-tier pair, it’s best to start investing in that.

C-Tier sync pairs are passable, so unless you don’t have any other higher-tier option that fits the team, steer clear of these pairs.

Finally, D-Tier sync pairs are bottom-of-the-barrel options. You have little to no reason to invest in these combinations. So, the second you get your hands on better pairs, stop putting time into these.

Coz we want you to gain more than just a list, our Pokemon Masters Tier List will also give you some useful strategies and info that you might need!

If you’re aiming to form the best sync pairs in the game, you will need detailed knowledge on what movesets and passive skills each pair needs to make them very effective. Below are some S-Tier strategies for you to create an impactful change in your game.

This pair is one of the few early-game Dark-type syncs. They have high HP, but they need some time to build up to their full potential.

This pair has one of the highest damage potentials. High hit rates and a big chance to make enemies flinch are very useful abilities these two possess.

Charizard is Metagross’s equivalent for the special attack striker’s group. It has the quickest path to Mega Evolution and impressive all-around stats.

The best N and Zekrom Sync Grid Builds are Outrage Focused or Bolt Strike Focused, depending on what other teammates you are pairing them with.

If you want devastating damage to deal with your opponents, this pair has got you covered. On top of that, it has good healing and decent MP refresh, which are good bonuses

This pair is best used in a team with Cynthia and Mega Garchomp or Karen and Mega Houndoom. Palossand is able to raise the team’s attack and crit rate and can be hard to take down due to its sync move.

This pair has a good move set. Musharna also increases her damage output with stored power.

Swampert has many utilities to offer for the team in the game.

This pair has incredible potential for damage as well as the best way to spread status effects to the opponent. Go Viral provides an excellent utility that is effective against any party composition.

Mega Venusaur is one, if not, the tankiest Pokemon with healing and damage output.

Hilbert and Samurott are great for physical teams with their Trainer move, but they also can raise other handy stats, including Speed, Defense, and critical-hit rate.

A powerful duo that can support a variety of teams.

This pair has a variety of healing options. Has efficient stat boots for the whole team and has a solid bulk.

This pair can help your striker by providing buffs. Mega Alakazam is also a good all-rounder.

Swanna is a tank with some handy heals, buffing and defense. This pair can help with sustain while in battle.

The tankiest and bulkiest duo of the whole game. Mega Blastoise has the ebay stats of buffing skills in-game.

What are Sync Pairs?

A sync pair is composed of a trainer and a Pokemon. Accordingly, top-tier pairings have the most optimal skill combinations in the game, making it easier for players to win. So, to further improve your chances of winning, you’ll need the right combination of sync pairs.

Here are the three types you’ll want on your team.

Strength: Have the most potential for damage output.

Weakness: Tend to have lower defense and HP reserves, compared to other sync pairs.

Strength: Are the best at inflicting status effects, such as Poison, Sleep, Burn, and debuffing using moves like Growl or Leer.

Strength: Have the highest defense stats in the meta and has buffs that raise the entire team’s stats.

Weakness: Tend to be inefficient with both direct and indirect attacks.

To sum up, Pokemon Masters EX is an excellent spin-off title that introduces rich lore and beloved characters for avid Pokemon fans.

In fact, unlike other multiplayer games such as Valorant and Genshin Impact, Pokemon Masters EX draws from an already renowned franchise, making it easier to draw in new players.

Also, their innovative mechanics, long-time followers of the Pokemon series are promised a new, enjoyable experience. In addition, if you want to be the very best player, strategize based on our Pokemon Masters Tier List.

Therefore, with the right pairs and some practice, you’ll climb the ranks in no time!

To download the game, head to Pokemon Masters EX’s official website. You can also read up on lore, character details, and future events there.

If you love Pokemon franchise so much, you may also want to check out our Pokemon’s Great League Tier List!