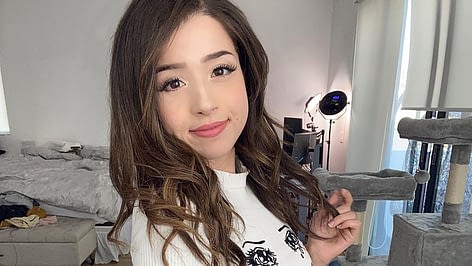 Pokimane is one of the leading female streamers on all famous streaming platforms. It’s no wonder that Pokimane’s net worth has skyrocketed over the past years. She currently has about 7.5 million followers on Twitch and 6.5 million subscribers on Youtube as of March 2021. Her charm and wit make her one of the most popular content creators, which helps attract viewers into new and popular games.

Pokimane is also part of the Offline TV group, which helps build her popularity and create a fan base that is interested in her content. Her rise in popularity in 2018 due to Fortnite and other famous games has helped her reach millions of audiences in a short amount of time.

Pokimane remains to be one of the leading streamers despite a lack of large contracts similar to Ninja and Shroud. Pokimane’s net worth is expected to be around $1.65 million and up to $2.15 million based on her earnings since 2013.

While the growth of her net worth may have slowed down in the past year, Pokimane remains to be one of the leading streamers in terms of donations and subscribers.

We think that about $2 million is a fairly accurate estimate of Pokimane’s net worth. However, there are still costs that even streamers have to pay, which may reduce her overall net worth.

Pokimane revealed last year that she actually spends at least $10,000 a month for her editors, managers, and business advisors. Running her streams without any major esports organization backing her up means that she also needs to hire people.

Nevertheless, Pokimane’s team has helped her increase her net worth as their work allows for monetization across Youtube and other platforms outside of Twitch.

Pokimane Net Worth and Earnings from Streaming and Content Creation

The estimated earnings of Pokimane from streaming are at around $20,000 a month. Her current average number of subscribers is around 8,000, but at some point she was able to reach as high as 30,000 active subs. Take note that Twitch takes half of the streamer’s earnings from subs, which is why the earnings are at $20,000 instead of $40,000 at 8,000 subs.

Donations also form part of Pokimane’s earnings on-stream. While the $80,000,000 donation might not be real, she still receives a lot of donations. Plus, Twitch does not take any cut from donations made directly to streamers.

Pokimane announced a few months back that she will no longer be accepting donations above $5. Nevertheless, she still receives frequent donations from her viewers, which means she still earns even after limiting the maximum amount for donations.

Also, Pokimane still has her Youtube channel, which helps monetize views. Some of her clips from her previous streams are uploaded on her channel.

Pokimane Net Worth and Earnings from Sponsors and Collaborations

Popular games tend to favor Pokimane due to her large following. Fortnite, Among Us, and even Valorant are among the popular games that she has played. Major partners likely offer at least $10,000 for one-time events. These estimates are close to what other streamers have revealed before.

Unfortunately, Pokimane’s history with numerous controversies have caused her sponsorships to go down. In 2020 and 2021, Pokimane lost the priority status for gaming brands. Companies wanted to avoid potential backlash due to cancel culture.

Pokimane has also taken huge earnings from mobile games that are sponsored to be played on-stream. She revealed in an interview in 2019 that at least $20,000 is offered by mobile games just to sponsor a popular streamer.

Pokimane is one of the most popular Twitch streamers out there, and her net worth continues to rise each year. It’s safe to say that Pokimane will continue to grow her channel despite issues and controversies affecting her sponsorships and fanbase.