We are showcasing our Raid: Shadow Legends Tier List in this article. (Last Updated: June, 2021)

There can be so many games that are considered top in a certain category. Raid: Shadow Legends is the top gacha RPG out there. With an amazingly big cast of champions to choose from, you have the ability to take part in an epic adventure that will take you through levels that you never thought you would care about.

Be careful though, that this game is not as easy as it may look with its friendly game design. There are a lot of obstacles that many people have failed to overcome. Many bosses seem impossible to beat if you don’t have the right champions on your team. This is why we created a tier list to show you which are the champions you should be looking for in the game, and which ones are there just to look pretty and do nothing else.

Each champion belongs to one of thirteen factions in Raid: Shadow Legends, They are:

Champions are classified into 5 rarities, they are:

Each champion has one specific role out of four roles that they play in, They are:

In order to succeed in battles, you must familiarize yourself to Raid: Shadow Legends’ affinities. There are four affinities in total and each of them offers unique advantages and disadvantages

Now that we understand these characteristics, we must let you know that we are only including champions of the Legendary, Epic and Rare rarities in our Raid: Shadow Legends tier list. Champions of lower rarities aren’t as good as these ones and are rarely used in the game. Since there are hundreds of champions per rarity, we will have a different tier list for each rarity.

The game also features different game modes. We will be ranking champions on their effectivity and impact in the Campaign, Arena, Clan Boss (CB) and Faction Wars (FW) game modes. As you would expect, a champion might be good for arenas and not as good for faction wars. It’s up to you to decide which characters fit your party for each game mode.

We will be ranking champions into S/A/B/C/D/F tiers. Let us give you a quick description of what each of these tiers mean.

There is not a lot of things that you need to consider when you find a character from this list. They are the crème de la crème that is capable of making even the most difficult stages look like a piece of cake. The most powerful clans have players with teams full of these characters.

The characters on this list might not be as overpowered as the ones in the S-Tier, but they can definitely fit most team compositions nicely. If you take into account, how hard it is to get most of the S-Tier champions, then you see the necessity to have some A-Tier in your roster.

If the worst thing that could happen to you in the game is to only find B-Tier characters, then you are not that unlucky. There are so many champions in the game that even the ones that we consider B-Tier are much higher than the average. That being said, for us, the best use of these characters is as a stepping stone to get to the ones that are really going to make our life easy.

These are the characters that you would call average. Keep in mind that you will not see the incredible results you can see with the characters higher on this list, so if you are going for mastery of the game, you can use these characters as place-holders in your team until you find the idea champion that fits your synergy.

This tier has the champions that need a few buffs if they want to be considered useful. There have been many cases where people find that they got a legendary champion and then are disappointed that they are not doing as much as they were expecting. That summarizes this tier, characters that could work in theory, but don’t really work out.

These are the champions that you should avoid using in any scenario. They are the weakest of their rarity and do not find a place in any meta composition.

Who is the best character in Raid: Shadow Legends? 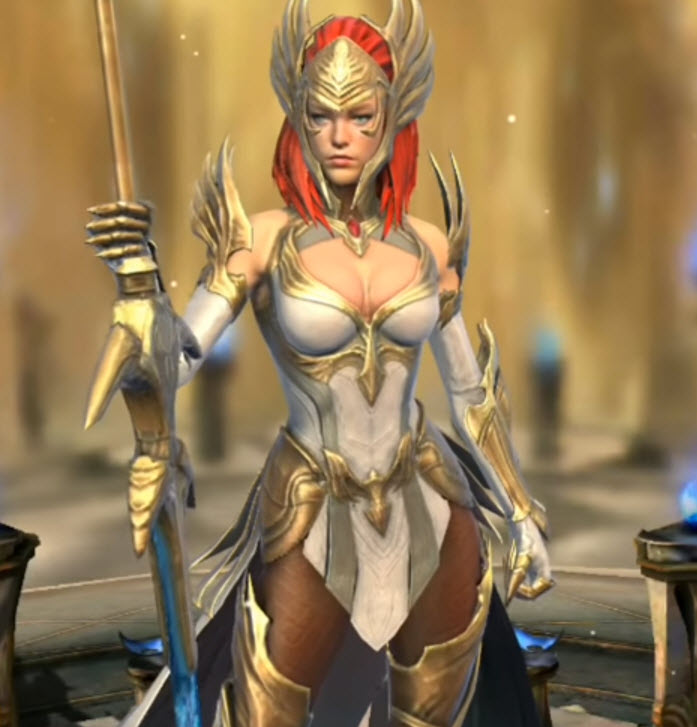 At the current state of the game, Arbiter is the character that everyone is looking for. She is a legendary support Void affinity champion from the High Elves faction. Her ability to revive is by itself enough to define the whole combat, but if you add to this the buffs she provides to her teammates and the fact that her attacks apply weakening to the enemy, then you can understand that she is not just your average champion.

Raid: Shadow legends is a game by Plarium that can provide you with a lot of fun and entertainment but at the same time requires a lot of time and dedication to understand the synergies between the characters and the direction you want to take with your gameplay. If you’re looking for a casual playthrough of the game, then this list might not be for you. On the other hand, if you want to get to the top of the charts with your amazing team, then check every character you get with this list to make sure you are choosing the champions that have the best potential.

If you like gacha RPG games like Raid: Shadow Legends, then we also recommend playing Exos: Heroes.