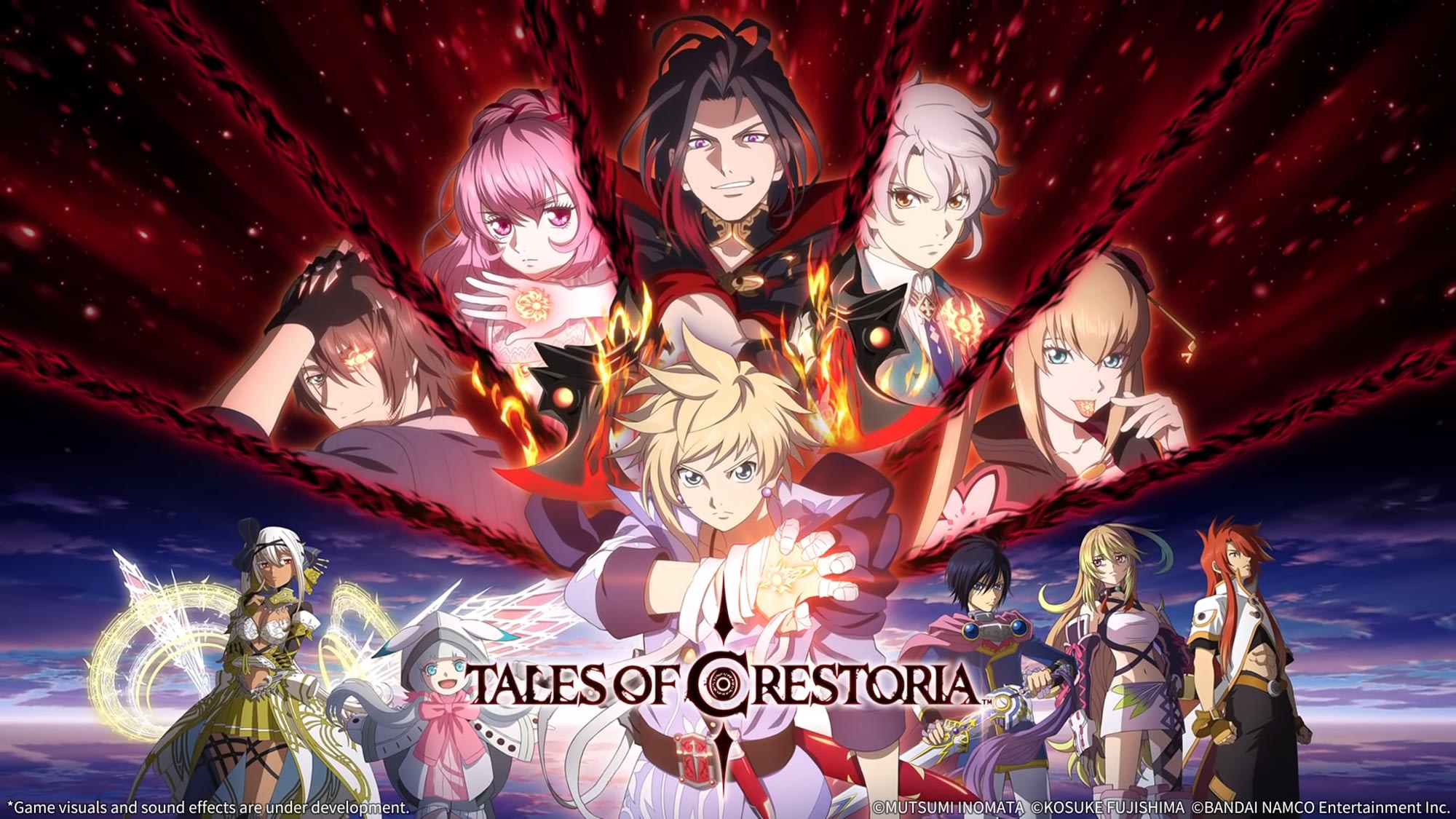 In this article, we’re sharing our Tales of Crestoria Tier List, which features all the playable characters in the game.

Tales of Crestoria takes place in an unnamed world, where people carry “vision orbs” at all times. These vision orbs act like modern cameras, recording images of their owner’s surroundings. And should someone commit a crime, they will be required to play the footage captured by their vision orbs. Afterwards, they will be judged as either innocent or guilty. The game’s primary hero, Kanata Hjuger, faces a guilty verdict and is shunned by society. And for the rest of the game, you will have to deal with the consequences.

Tales of Crestoria is a gacha RPG. It’s a mobile title from the long-standing Tales series. Unlike its predecessors, Tales of Crestoria uses a turn-based combat system. And though many Tales fans found this strange, the mobile game is, no doubt, a valuable addition to the series. Tales of Crestoria tells a new story with plenty of interesting side plots, breathing a new life into the Tales franchise. And, of course, being a gacha game, the title features a unique cast of characters, as well as some familiar faces from other Tales games. The sheer number of characters might seem overwhelming at first, but our Tales of Crestoria Tier List should set you right up.

Scroll down to see if some of your favorite Tales characters are in the mobile gacha!

Tales of Crestoria features a diverse set of characters, each with their own strengths and skills. A good team should comprise of characters that work well together, but it’s also important to take into account who dominates the current meta. Fortunately, our Tales of Crestoria Tier List ranks each of the playable characters from best to worst. Let’s get to it!

S-Tier characters are the most overpowered in the game. If you obtain any of them, add them to your party and start investing in them ASAP. They’re sure to carry you to victory.

A-Tier characters are still exceptionally strong and are solid choices for your team. They fall just below those in S-Tier and, thus, are still worth investing in. These characters are powerful enough to clear the most difficult enemies in the game. Although they might fall short in PvP.

B-Tier characters are average choices. You can’t go wrong with these in your party, but they aren’t spectacular. For the more difficult areas of the game, you’ll likely need an A- or S-Tier character to carry them. Despite that, a B-Tier character’s damage and support utility are still passable. All it takes is a little investment.

C-Tier characters aren’t ideal because of their low base stats. They’re weak choices and only fit certain niche metas, which save them from being in the D-Tier. If you have a C-Tier team, your first priority should be replacing each of them in your party.

D-Tier characters are bottom-of-the-barrel options. They’re the worst choices in the game and should be avoided at all costs.

Now you should have a good idea of the characters you want to aim for. But there’s another factor you need to plan for: Memoria Stones.

Memoria Stones are a character’s memories and emotions made manifest. Their sheer power has caused them to become physical mana. Each of these Memoria Stones represents a character. And depending on the meta, you can either use it to summon a playable character or use it to enhance existing characters.

Despite following a different format from the other titles in the series, Tales of Crestoria is still a solid game. Its main campaign alone offers hours and hours of fun. Plus, players can test their skills with both PvE and PvP content. And we hope our Tales of Crestoria Tier List helped you with your strategizing! Forming powerful teams is the key to progressing through the game.

Want to try the game for yourself? Head over to the Tales of Crestoria website to get it for your smartphone. And if you liked this article, make sure to check out our Genshin Impact Tier List as well!