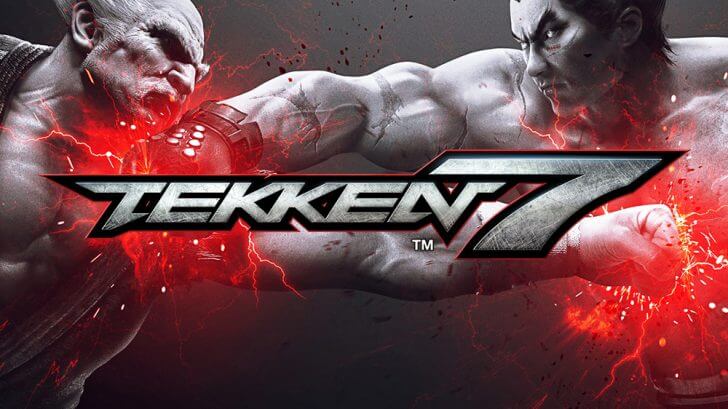 Today, we will be ranking the characters of the popular fighting game Tekken 7, with this Tekken 7 Tier List we’ve made just for you.

I am 25 years old and I am going down nostalgia lane, writing an article in 2021 about Tekken 7; a game released in 2015 (get a life, self). I have some great memories playing Tekken 3 on the PlayStation 1, just picking Yoshimitsu and doing his spin kick until the enemy’s health bar is depleted. It has been a long time since then and Tekken has had its 7th edition out since 2017. Of course, I have been playing it from the moment it was released and this accumulation of knowledge is ready to be released upon the world. Like a modern age Zarathustra but about Tekken 7 (very specific Zarathustra).

If you haven’t played the game I suggest you pick up a copy and try it. It has an amazing cast of characters to play and its mechanics make it addictive and rewarding for the newcomers. But, make no mistake, it is brutally hard to master if you do choose to start playing. To me, one of the things that made Tekken last this long (and, to be fully honest, usher me to adulthood) is because it is ever-changing with small modifications making the meta completely different. This is why you need this list to show you what is working in the meta right now.

Although professional players of Tekken 7 can dominate the arena with any of the characters in this list, for most people, the characters higher on this list will give them some advantage in terms of power.

All that said, let’s move on to our Tekken 7 Tier List!

Don’t worry visual people we got you covered: 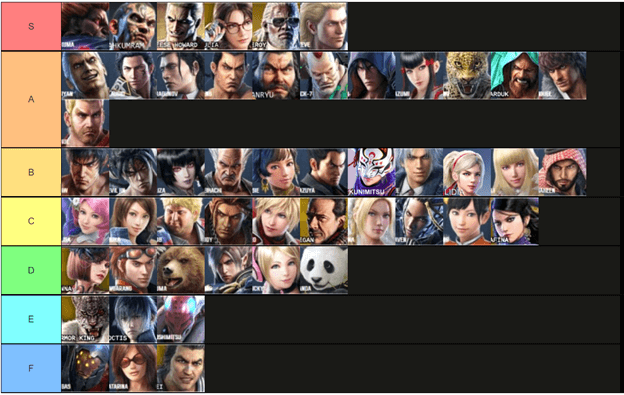 At the top of our Tekken 7 Tier List, the best character in the game is Akuma. I have to say that it’s very ironic. The best character in the game is someone, that is from another game. I don’t know if the developers of Tekken 7 are trolling us or if they did it accidentally. For now, Akuma has some of the highest damage combos of this game. It is easy to chain his attacks and even if his attacks miss the enemy there is very little the enemy can do to punish you. It is a godly character.

On the S-tier we also included Geese Howard and Leroy. Both are at the top of the top, with great damage potential and zoning abilities that keep enemies away. Also, their ability to punish their opponents is unparalleled.

Steve is undoubtedly one of the best fighters in the series. Although he had challenges in the earlier editions of the game, he has come a long way and is now the most voted character in the game. If your sole goal is to win, Steve gives you the best chances.

Don’t look down upon these characters just because they are not on the top tier of this list. They are all amazing fighters that can take down any other character in this list without a doubt. Their inferiority compared to the S-Tier characters is small and on the right hands, they are easily worthy opponents.

For example, Kazumi was used to fight against Akuma in the Tekken World Tour 2019 Finals, and even though she lost the match, just her being picked is a testimony to her strength. The same goes for characters like Jack-7 and Dragunov, who all fought in the Top 8 of said tournament. All these characters have great grabs and deal great damage safely.

This tier is starting to lose some power compared to the higher ones but still, they are solid options if you want to climb the ranks. At the top of this tier, we have Law. An ol’ reliable character that has amazing combo potential not leaving his opponent’s space to breath (Disclaimer: which is what you want in the game and not in real life).

We can also find characters like Lee and Devil Jin (also classic characters) that have amazing potential to deal damage from far away and their unique combination of attacks can through for a loop even the most experienced of players. You should give these characters a look even if you don’t play them since they can be frightful opponents.

We have arrived at the C-Tier. The characters on this list are still some strong options since they are above-average fighters, meaning they have more good match-ups than bad match-ups. You will have no problem playing with them especially if you are an expert on them. For example, if you have spent a lot of time honing your play-style as Bob, you will probably find more success playing with him, even though he doesn’t have the strongest launches in the game. At this point what matters is how comfortable you are with the character and not their exact statistics.

Now we are getting to the characters that even though they feel satisfying to play and have some strong points, they lack the all-around usefulness of the ones higher on the list. The characters that are leading this list are the two animals, Kuma and Panda. Fun and strong but they can get punished by characters like Hwoarang easily due to their low mobility. We would suggest you start learning some of the characters high on this list.

We will not say “never play these characters” just because Yoshimitsu is on this Tier and we love playing him, but imagine it has been said. Most of the character’s on this tier are at a significant disadvantage compared to other characters in the game. For example, Armored King has some of the most easily punishable combos in the game in combination with low damage high and mid. It’s sad to see some of the characters on this tier but we have to be subjective.

Wrapping up our Tekken 7 Tier List, F as in “press F to pay respects” because these characters are dead (at least for now). All of them need some serious tweaking to get even close to being useful in the ranked matches, much more in the competitive scene. We can say easily, “stay away from them”.

For us the worst character in the game is Katarina, she is easily punished by most enemies because her attacks leave her open to counter-attacks. Even when she lands a combo, it is easy to break it and put her down. “Stay away over 9000”

As you should already know, in most competitive games that exist, there is something that is called the Meta. It’s the most optimum way to play the game agreed upon by the community of the game and reinforced by the professionals’ preferences.

So in Tekken 7, currently, the Meta is picking characters that can do damage from a distance (zoning abilities), or at least they cannot be punished easily if the enemy blocks their attack. Some characters might have both of these abilities or only one of those.

The way we ranked these characters is by taking the Meta into account as well as which characters have easier combos to execute and require less practice. Another thing we took into account is the preferences of the professionals and their capacity to make the most of the unique fighter abilities.

When it’s all said and done Tekken 7 is a game. If you want to get serious and climb the competitive ladder (or just destroy your friends for your enjoyment) then, of course you should study this amazing Tekken 7 Tier List. But, if you are just looking to have some fun and make some pixels collide with some other pixels then go ahead and pick any character that feels correct. If you always wanted to be a man with the head of a cheetah, who are we to tell you not to do that? Be free my friends, be free.

This list will be updated with the time, so stick around if you want to stay informed! Interested in more combat Tier Lists? Check out our DBD Killer Tier List!