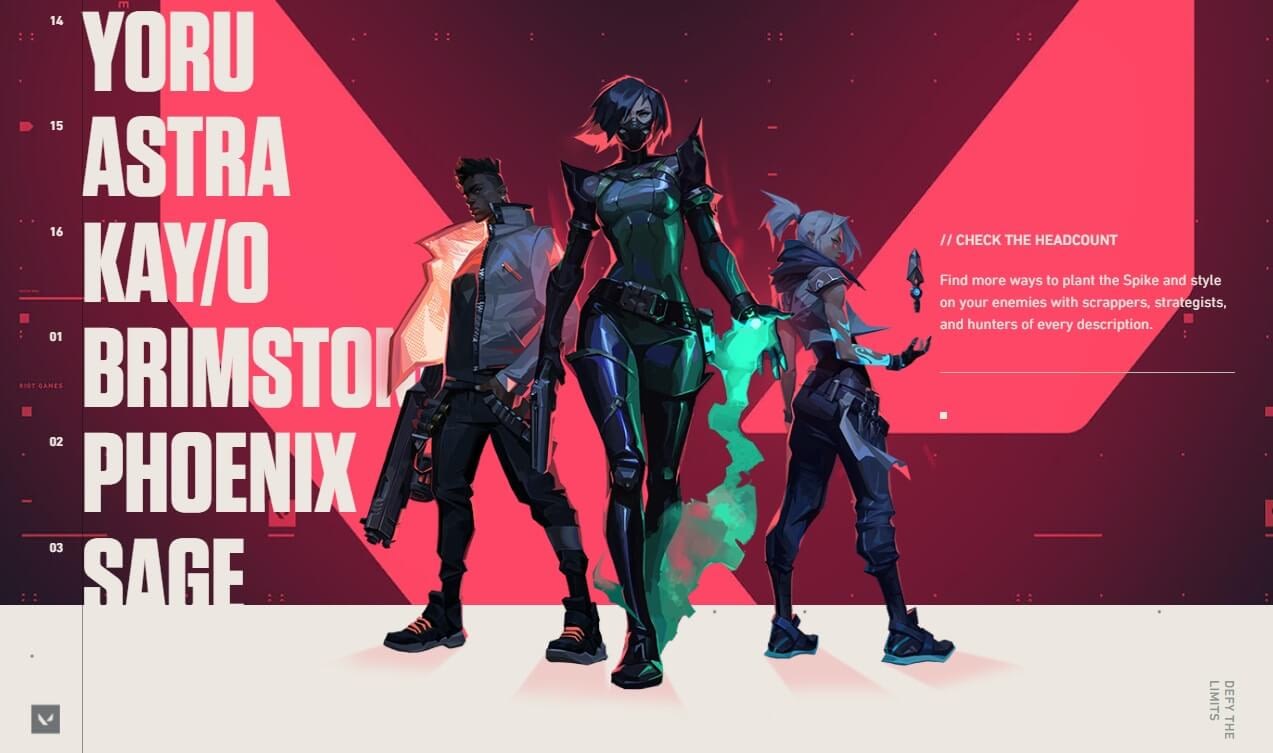 For this Valorant Agent Tier List, we’re talking about what makes an Agent a great playable character.

Valorant is one of the most played and most watched titles in the modern gaming industry, ranking fourth in the most-streamed category on Twitch. And it isn’t hard to see why.

The game is fast-paced and addictive. Plus, the Valorant characters are a distinct bunch, hailing from every corner of the globe. It’s hard not to find one that fits your playstyle. But even then, not all  Valorant Agents are created equal. Some are better than others in terms of playability and utility.

In this article, we’re ranking each and every Agent in the game!

Valorant features a total of 16 playable characters, each with unique skills and abilities. For this Valorant Agent Tier List, we’ve spread them out across four tiers: S, A, B, and C-Tier. Agents in S-Tier have the most useful abilities, while those in C-Tier have skills that aren’t as useful in-game.

If you love shooting with the Operator, Jett’s the agent for you. Despite being one of the trickier Agents to play as, her abilities allow you to navigate the map quickly. And if you position yourself right, you can easily score those headshots.

KAY/O is the newest Agent in the game, but he’s already making waves among players. His ultimate alone is a game-changer. Activating it prevents any players in range from using skills. But aside from that, his other abilities provide a good mix of damage and support, making KAY/O a well-rounded Agent.

Viper is an excellent damage dealer. She’s ideal for seasoned players who are familiar with the map layouts, as this enables them to set her traps at the right time, in the right place. She’s great for whittling down the enemy from afar.

Cypher is the top choice for gathering information. His Spycam ability allows players to keep an eye on different areas of the map. However, this, along with his Trapwire ability, has since been nerfed.

Killjoy is currently the only Agent from the Sentinel class that has serious damage-dealing abilities. Much like Cypher, her abilities help teams scout for enemies. As for her ultimate, it can pretty much guarantee a team victory postplant, if it’s done right.

Reyna’s Leer ability is great for disrupting enemy teams and turning the tide of a battle. However, the rest of her skills, as well as her overall effectiveness, rely on her getting kills. Because of this, Reyna is ideal specifically for players who are great at downing opponents.

Sova’s another great Agent for gathering information, but the execution of his abilities takes some practice. His arrow-based abilities require extreme precision, especially his ultimate. So, his usefulness depends a lot on player skill.

Astra is the Agent with some of, if not the, most damage potential in the roster. However, for her Nebula and Dissipate abilities to pay off, players need a lot of foresight to predict how the round will go. Failing to do so will result in unsuccessful Star placements. Because of this, she’s one of the most difficult Agents to master.

Breach has a number of skills that are wall-penetrating, which is what makes him an attractive option. However, his effectiveness requires a lot of communication among the team. So, unless you’re playing with friends, he isn’t a recommended pick.

With two different teleportation-based abilities, Omen is great for players who want to catch opponents off guard. But to fully utilize his build, players need to get creative. Veteran players already know what to expect from an Omen play, so to get to them, you’ll need to do things differently every time.

Phoenix is an excellent option for players who want to deal damage without playing too risky. His Run it Back ability lets players act recklessly for 10 seconds before spawning them back at full health. That said, his abilities need to be complemented by an Agent with smokes, like Omen. Otherwise, his attacks will be relatively easy to avoid late-game.

Sage’s ultimate allows a player to resurrect a team member. That alone sounds pretty useful. However, her Barrier and Slow abilities, while still useful for defense, are easy to out-maneuver.

Skye is a valuable support Agent, with abilities that enable both healing and enemy tracking. But without a formidable team to watch her back, Skye cannot effectively execute her skill set.

Brimstone has a well-rounded skill set, with straightforward grenades and long-ranged aerial attacks. But what brings him down to C-Tier is the fact that his footsteps are louder, easily giving away his position to enemy players.

Raze’s abilities are mainly focused on dealing damage. Her explosives can easily shoot down Sage and Cypher’s abilities from afar. But even with her high damage potential, there are other, more tactical options that can boost damage output further.

Yoru’s Bait and Stun skills are excellent for subverting the enemy team’s expectations and capitalizing on their confusion. But because his ultimate is so difficult to use effectively, he simply isn’t worth picking for ranked matches.

And there you have it! Every character ranked for our Valorant Agent Tier List. It’s important to note that this tier list is only based on the Agents’ abilities. If you find B- or C-Tier Valorant characters you’re comfortable with playing, by all means, keep doing so!

Also, Valorant: Riot Games’ popular competitive shooter is getting ported to smartphones! Best to brush up on your playstyle while preparing for the release of Valorant mobile.

If you need to do some more research, check out our other Valorant tier list on the guns of the game.