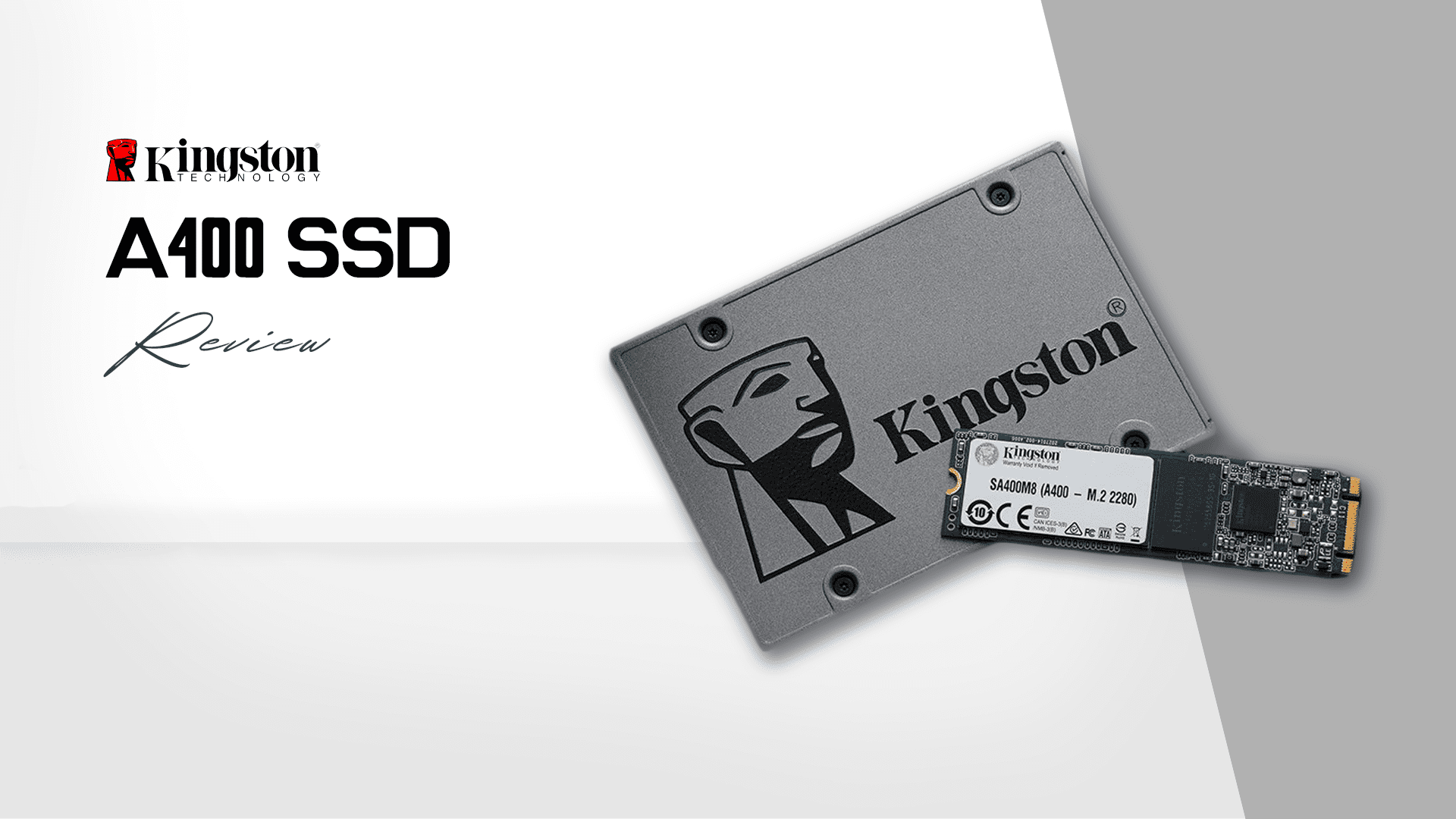 This article contains our complete Kingston A400 SSD review.

It’s 2022, and by now, everyone should have an SSD, no matter what they use it for. The prices for SSDs are so low it doesn’t make sense not to buy one. We are talking about a faster PC boot speed, sleep speed, programs opening noticeably faster, and improving your overall productivity.

When it comes to reasonable SSDs, we look at Kingston, which has plenty of solid-state drives with different capacities and targeting various markets. Let’s check out the Kingston A400 240GB SSD and see what you can expect from it and if it still is relevant as a purchase in 2022.

Within this article, we will be covering a full review of the A400 SSD, including the following:

Let’s get into the review…

Here’s our summary of the various advantages and disadvantages of the A400 SDD, to help you decide whether it has what you’re looking for:

The Kingston A400 is a standard 2.5-inch SATA solid-state drive. It comes without a SATA cable, with no screws. By the looks of it, Kingston has indeed cut all corners to lower the price tag. Although the Kingston A400 comes in 120GB, 240GB, and 480GB capacities, we chose to talk about the 240GB model.

While the three capacities have the same 500MBps sequential reads, the write speeds differ 320MBps, 350MBps, and 450MBps respectively.

For a consumer drive, the three-year warranty and 80TB written is more than enough to last you until a further and much-needed upgrade.

And talking about upgrades, does the Kingston A400 SSD upgrade speed and performance compared to other SSDs? Let’s look at the benchmark results from our tests below.

Comparing Kingston A400’s claimed 500MB/s read and 320MB/s write speeds for the 240 GB model with the results from CrystalDiskMark, we see that there’s a huge gap in write performance. Sequential performance is good, but not that good either. 4K is where Kingston A400 rises against its opponents.

Results from the User benchmark show better numbers, except for the 4K random write speed. So far, Kingston A400 nearly delivers what it promises, as peak results surpass Kingston’s claimed performance, reaching a Sequential Read Speed of 511 MB/s and 449 MB/s.

Although Kingston A400 250GB SSD delivers what it claims and sometimes goes even further, can we say it was a great offer in 2020? If you still have an HDD and want to improve an aging laptop or PC, sure. But if you have a more recent PC or laptop, you’d surely want something with more oomph, and Kingston A400 250GB lacks that. After all, it’s a three-year-old SSD, and as time passed, we’ve seen newer SSDs from both Kingston and its competitors.

With that in mind, if you’re looking for cheap SSDs in 2022, you’ll see that most lists will include drives that were released on the market in 2019 or, in best-case scenarios, in 2020-21.

Of course, for those on a tight budget, the Kingston A400 250GB SSD is still a bargain at only $35, and if 60% less performance is better than spending $25 more, then it definitely is worth your money.

However, for a boost in speed and performance, we recommend a Samsung SSD like the 860 EVO, which also comes with a 5-year warranty and a much bigger TBW (150 TBW for the 250GB model).

Related Topics:featured
Up Next