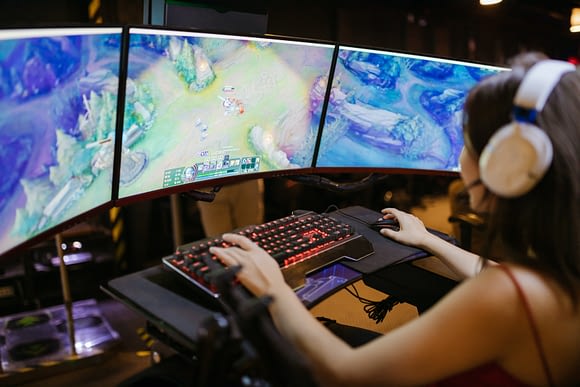 There are lots of reasons to buy a League of Legends account, but there aren’t many different places you should be buying from. There is a short list of reputable dealers that are going to give you a good experience when you’re shopping for an account. No matter what level of account you’re buying, you should always be buying from a direct company as opposed to individuals.

Companies that sell skins need to do so away from Riot Games, meaning that they live and die based on their relationship with and reviews from customers. This leads to companies that have great customer service, a huge amount of professionalism and guarantees meant to defend you if something is going to happen to your account, individuals don’t need to have any of these.

In many cases, buying from a company will be slightly more expensive, but it’s always worth it.

Depending on what you’re planning on using the account for, paying a premium for a hand-levelled account can be quite worth it. These accounts are much less likely to be banned by Riot for being a purchased account, and are going to be the much safer option. Realistically, if you have the money, a hand levelled should be the default kind of account you’re buying.

This is doubly true for any account you’re planning on putting any money into. There is no point in buying an account for 5 dollars, and then spending money to buy the champions you want only to instantly get the account banned. If you’re going to pay real money for champions or skins, you really only should on hand levelled accounts.

The biggest reason to get a bot account is going to be that it’s an account you don’t care about, or you don’t care if it gets banned. One of the most common reasons for this is playing with a friend who is just starting the game. Once you have shown them the ropes of League of Legends, you can swap back to your main, so it won’t matter much if the account is banned after several months. In this case it’s safe to use an account that was levelled by a bot.The other main reason to use a bot account is that your previous account was banned for behavior, and you don’t plan on changing your behavior in game. Hand levelled accounts are less likely to get banned for being a purchased account, but they do nothing to prevent the direct banning of accounts for in-game actions. If you think your account is likely to get banned for your actions, then don’t waste the money on a higher tier account as it’s going to be removed anyway.

Unranked accounts are the best for people who are looking for a completely fresh start on their ranked journey, or an MMR of essentially 0. Over time, League’s ranking system figures out where you’re supposed to be and your MMR starts changing much slower than it would on a fresh account. This is a small version of what people on the internet call ‘Elo Hell.’ Essentially it takes so many games to move around and convince the system that you’ve gotten better that it can be torture to climb up the ranks, even if you’re playing better than you ever have.

One thing you need to keep in mind is that there are two kinds of Unranked accounts, accounts that are unranked this season, and accounts that have never played ranked. If climbing and having a fresh start is your goal, you’re going to need to buy the second kind of account. League of Legends doesn’t forget your rank every season, and the performance of the previous owner is going to slightly effect the rank you end up at unless they never played ranked. You can visit unranked smurfs to browse the accounts that are for sale.

Some accounts you’re looking for might not be able to be completely ranked fresh. Accounts with Legacy skins were the accounts of people who played League of Legends previously, meaning they likely at least played a single game of ranked in the past. This is especially true for the Legacy Victorious skins, which were only given out as a reward for ranked play in older seasons. You can’t get a victorious Janna skin without having ever played ranked, so you can’t get a ranked fresh account with that skin.

If you want to? Sure! Higher ranked games are a great way to learn the game, and if you play with other players of that rank fairly often, you’re likely going to be able to hold your own in the higher tier. One thing that we would caution you against, is going to be purchasing an account that is MUCH higher than your current rank. If you’re a silver player, it’s better to buy a Gold account and improve than directly buying a diamond account. There is no point in paying for an account that will quickly dive-bomb in ranked as you get used to the play style of new opponents. Starting slow is going to get you better value, and you can always purchase another account later.

We would also caution against buying a high ranked account if your previous account was banned for behavior issues, the accounts can be quite expensive and it’s better to improve behavior before spending money on an account that you might lose.

As long as it’s got the thing you want? Absolutely! Though it can feel like you’re spending a lot of money on a skin when you buy a premium account, that skin is something that you could NEVER have gotten otherwise. Similarly, when you’re buying a higher ranked account, you’re likely saving yourself hundreds of hours of frustrating climb between your current rank and the rank you’re purchasing. Between irreplaceable skins and hundreds of hours of time, there is a reason that the premium accounts demand a higher price tag.

One thing to keep an eye on if you’re buying a higher tier account is to follow all of the instructions from the company you bought it from. Beyond being the best way to keep the account safe, following their instructions is the best way to ensure that you can follow up on the warranty if, God forbid, something were to happen to the account and it need to be replaced.

Now that you’ve reviewed these points, you should have a head start on what the best options for you and your account when you’re shopping around. Ensure that you’re buying an account with enough Blue Essence to get you the champions you want, and enjoy your time and new identity out there on the rift.