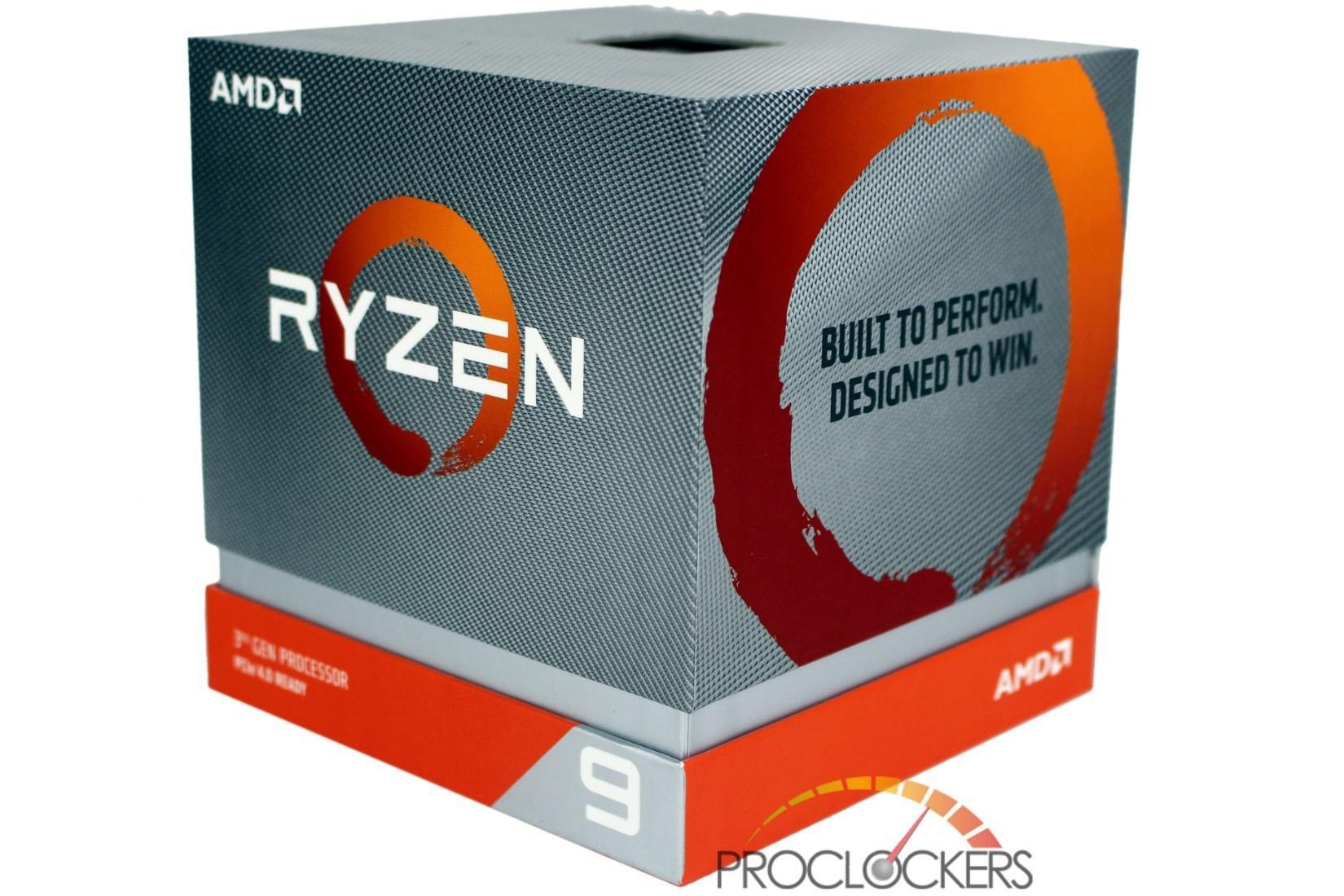 AMD’s Ryzen 9 3900X comes in a box that looks very similar to previous generations, but with a thin gap between the top and bottom for accent.

The back of the box has a security seal and shows what is included in several languages.

The right side has the ‘Built to Perform. Designed to Win.” Slogan.

The left side shows the Wraith Prism Cooler.

Previous generations had a window on one side of the box to view the CPU, but this model comes with a window in the top.

With the top cover removed, we see lots of slogans around the inner sides.

The CPU is cradled in its normal clamshell case in a block of foam.

Under the oddly shaped foam is a box with the Wraith Prism cooler.

The CPU itself looks pretty normal. The model is clearly labeled on the heat spreader and that’s something we always appreciate over the competition that has to be held at the right angle in the right light to see.

The Pin Grid Array of AMD’s AM4 socket looks the same as previous generations.