As our sample came as an OEM sample with no retail packaging, we’re going to skip that particular part of our normal review process. 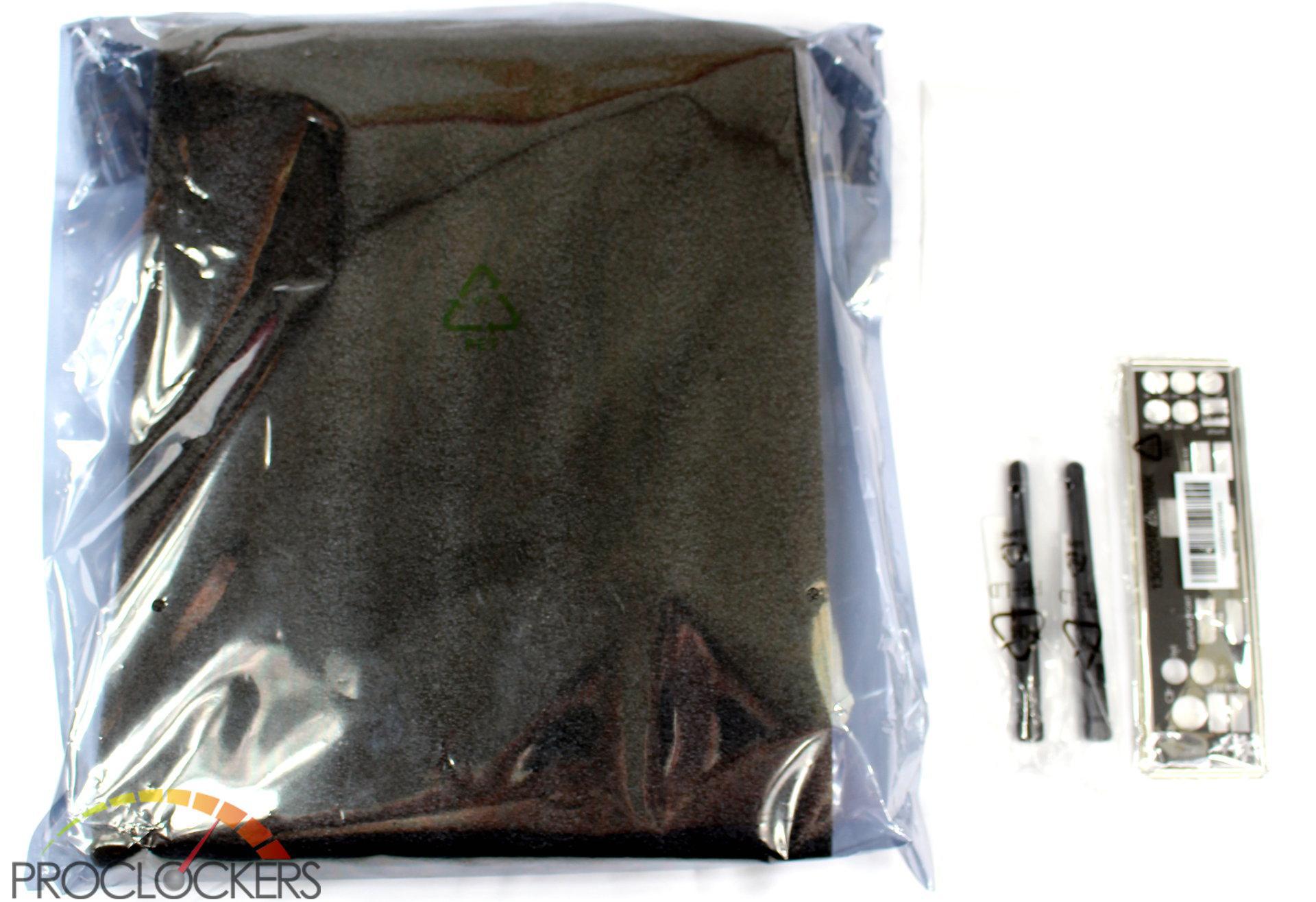 Our board came well packaged and protected from shipping damages, but this is what we got. The board is wrapped in an ESD bag inside a layer of foam and included the rear I/O shield and WiFi antennas. 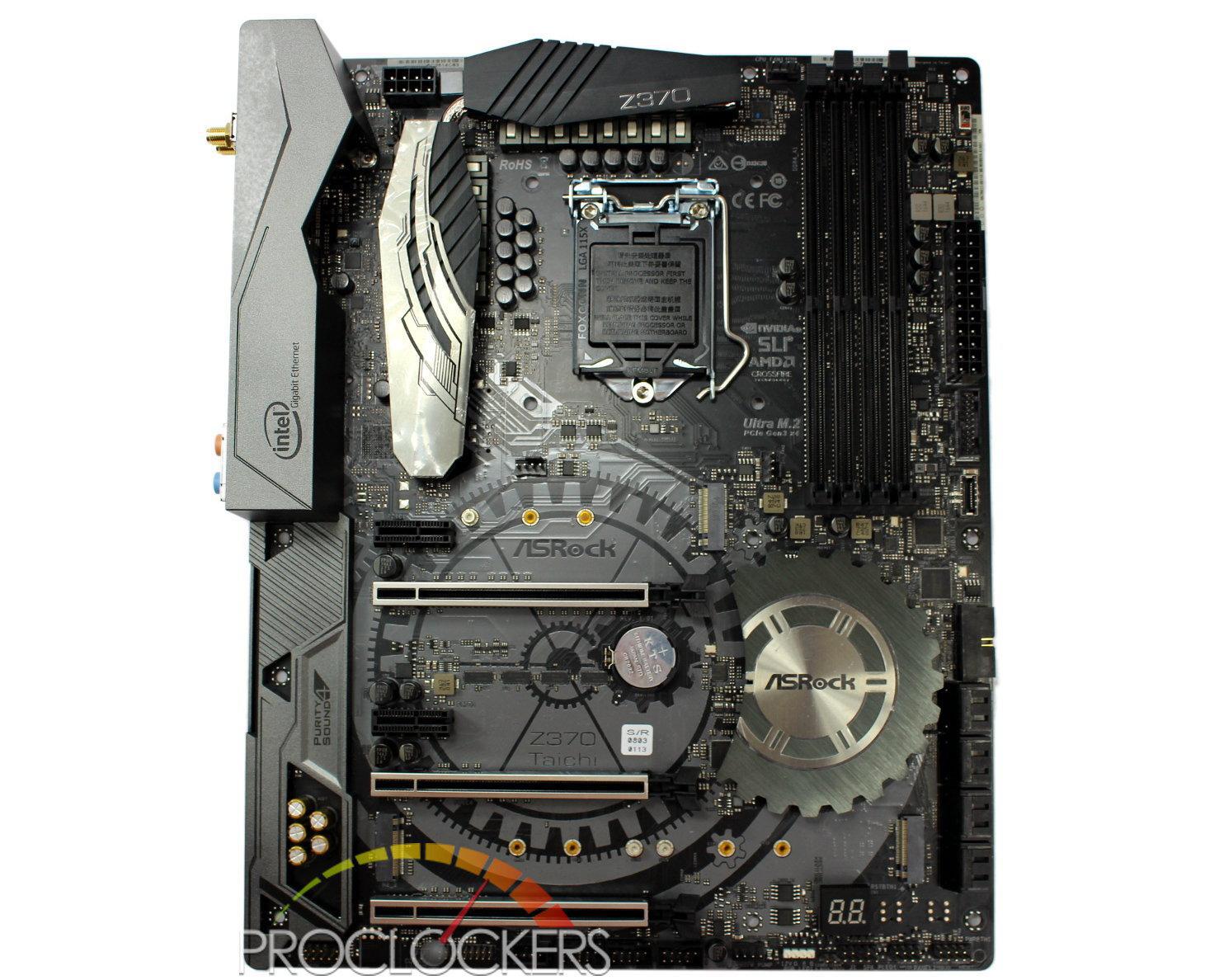 The front of the Z370 Taichi shows the signature gear pattern of the Taichi family, but in more less pronounced grey over previous white versions.  Metallic accents adorn the chipset and VRM heatsinks, and the chipset heatsink itself is the shape of a large gear. The rear I/O and audio areas of the board are shrouded as usual and in a matching dark grey. 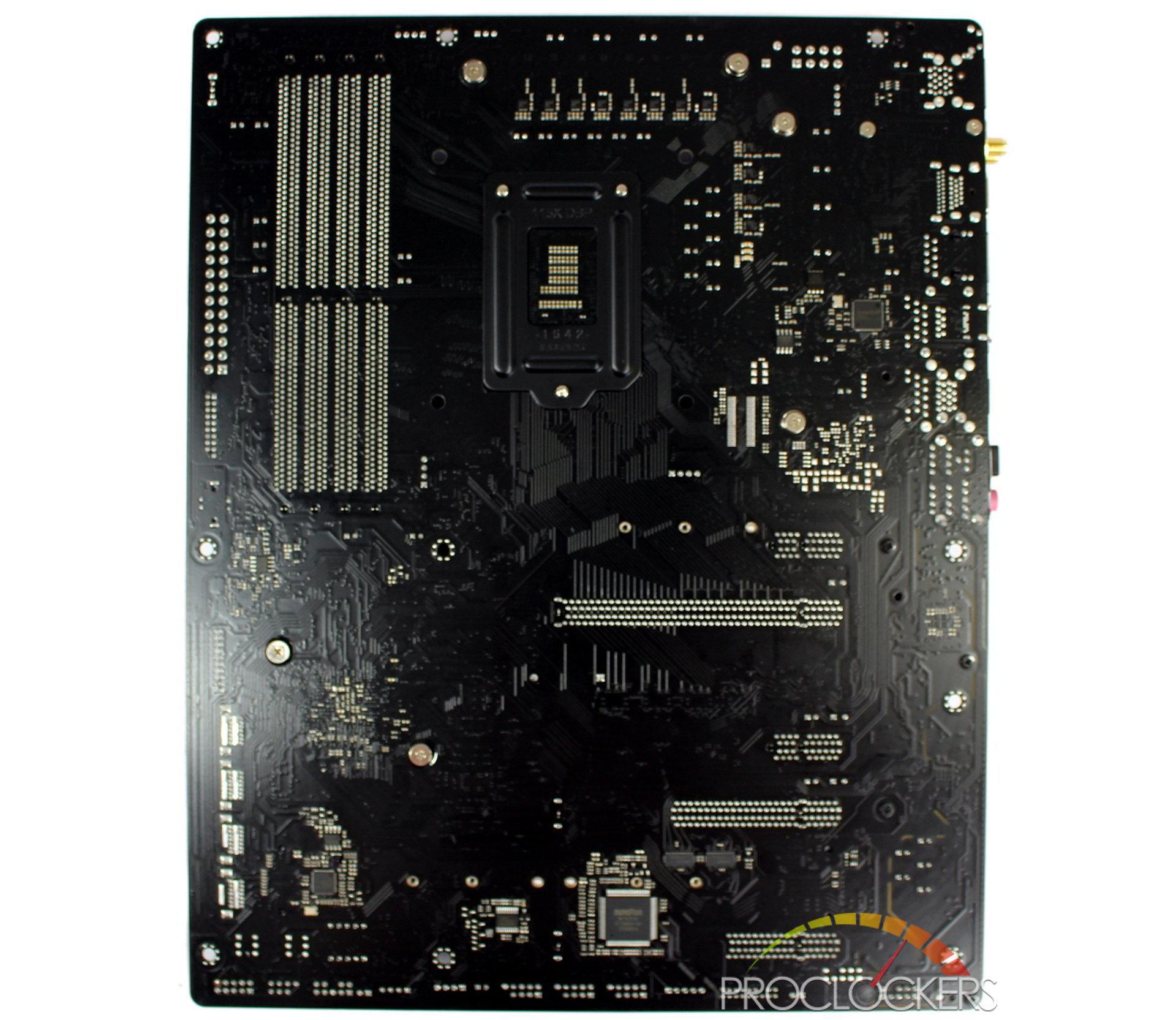 The rear of the board is fairly clean, only a few chips and a handful of components are back here. 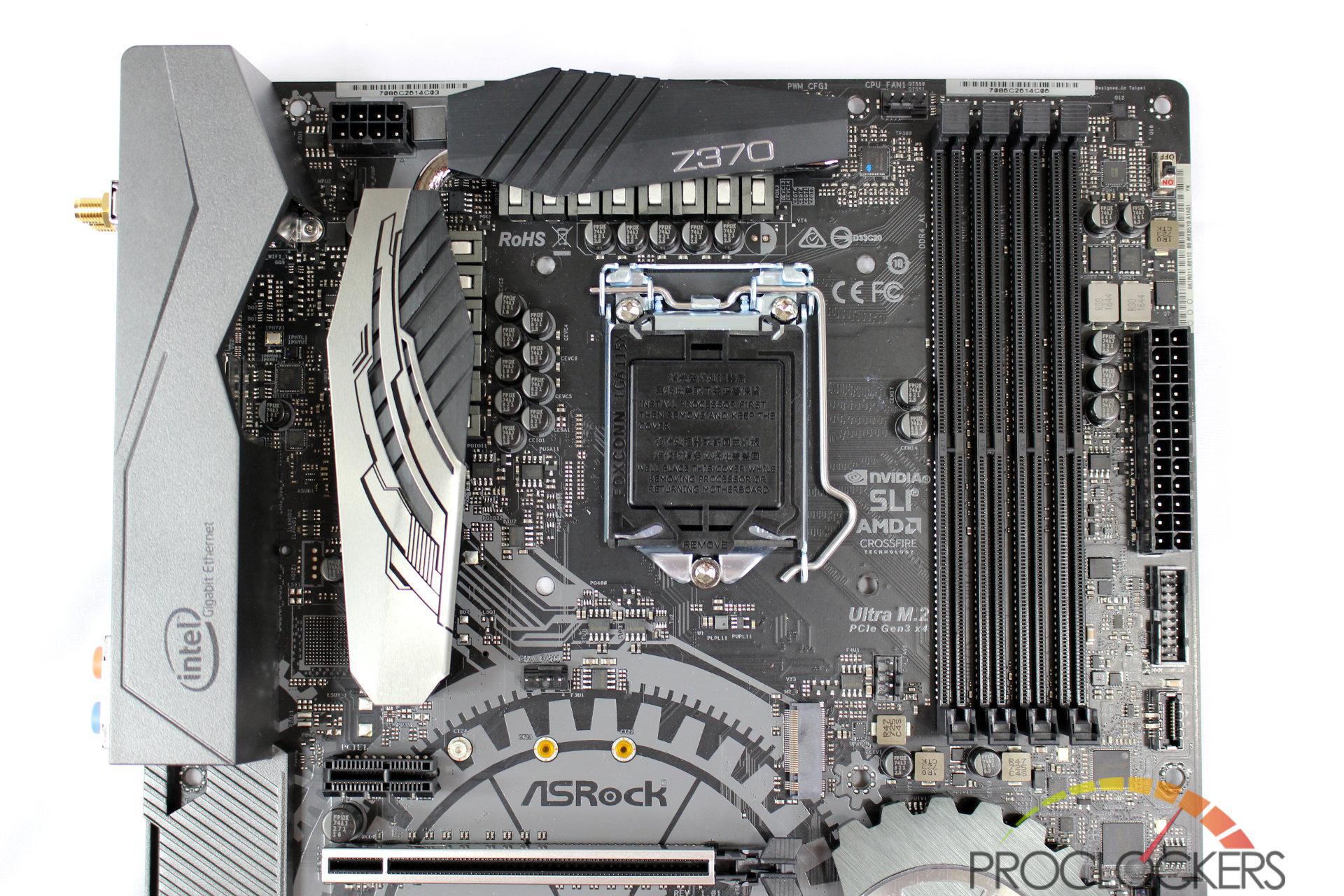 The top half of the board holds the LGA 1151 socket, 4 DIMM slots, the rear I/O and the VRM. The VRM heatsinks cover a 12-phase VRM segment, so overclocking the new 6 core CPU’s should go quite smoothly. A Turbo M.2 slot sits just under the CPU socket. 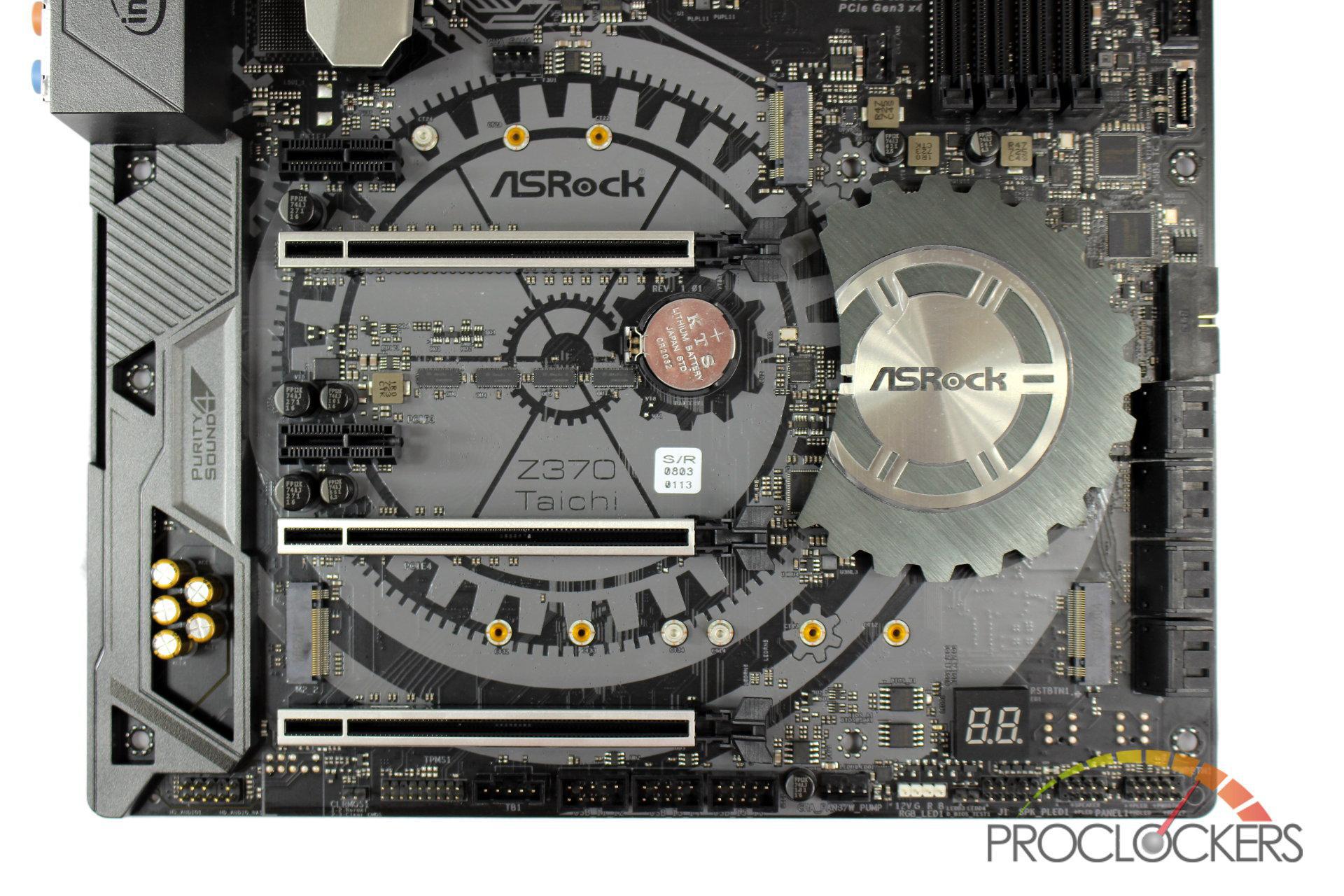 The lower half of the board has two PCIe x1 slots that are opened at the rear to allow larger cards to be installed, as well as three steel-reinforced PCIe x16 slots. Near the bottom are two more Turbo M.2 slots turned face to face for support of up to three drives. A large gear shaped heatsink covers the Z370 chipset. 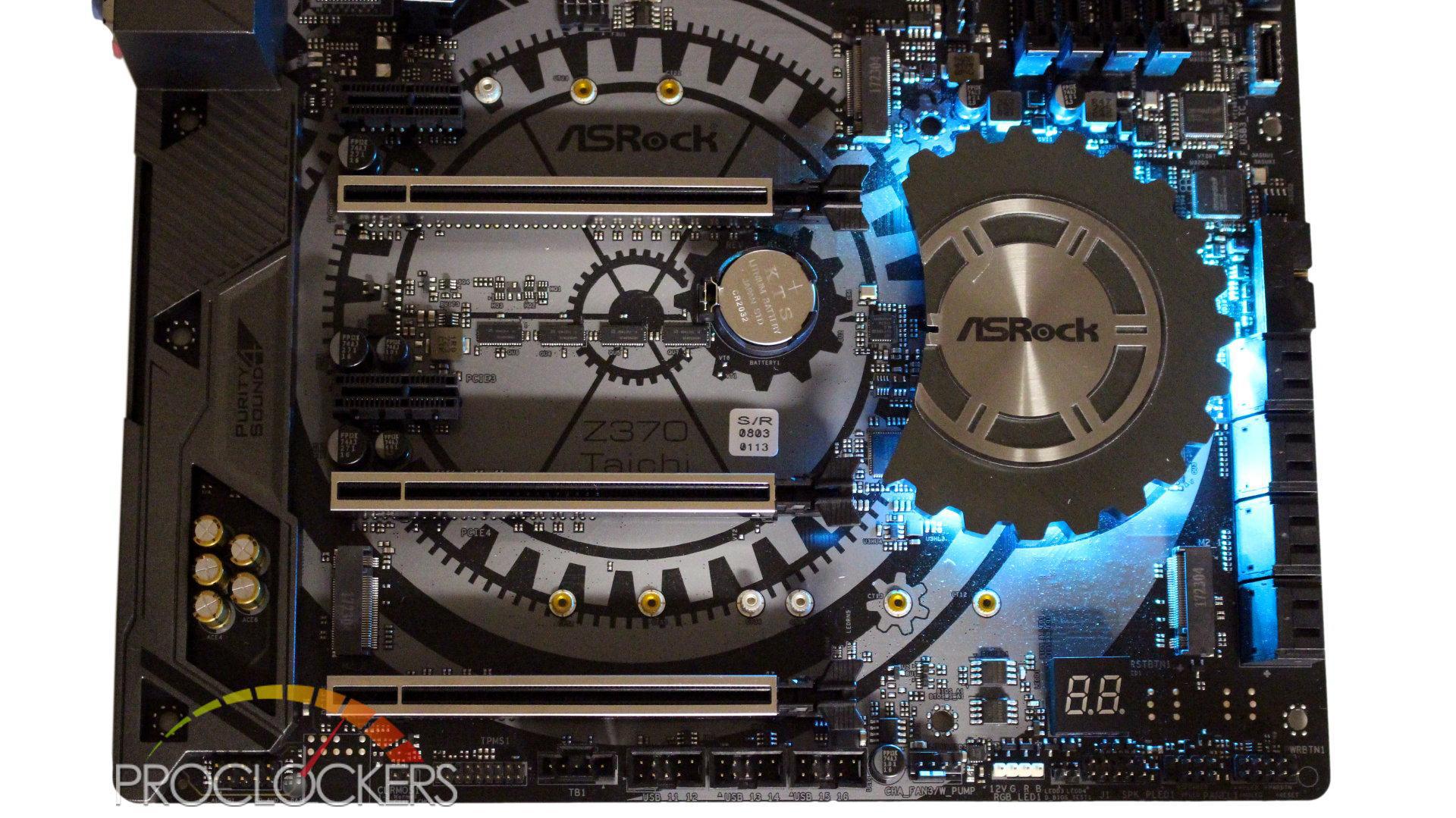 One RGB zone is under the chipset heatsink and lights up most of the surrounding motherboard. 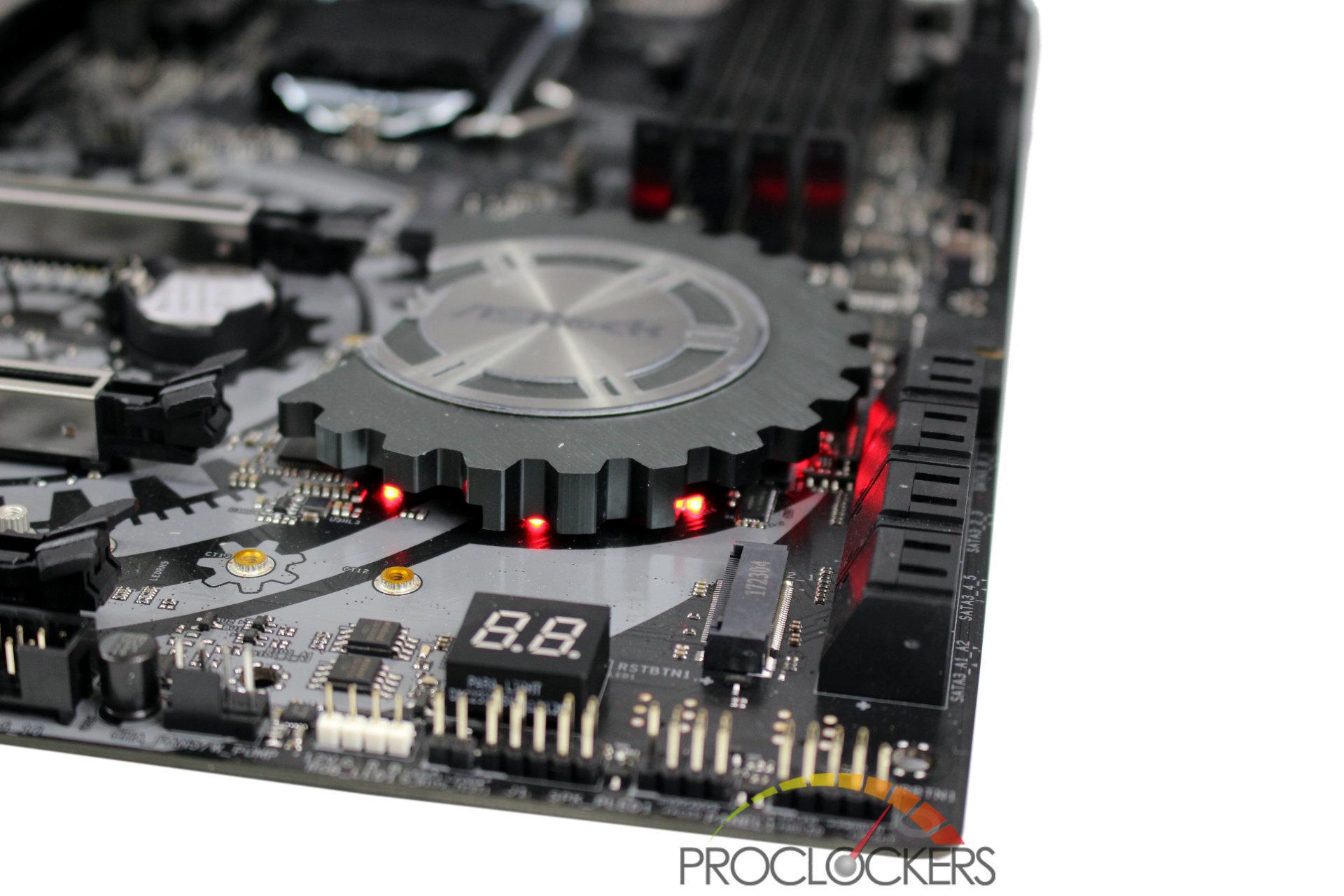 Here you can see the LED’s face outwards from under the heatsink all the way around the perimeter with the exception of the cutout area near the PCIe slots. 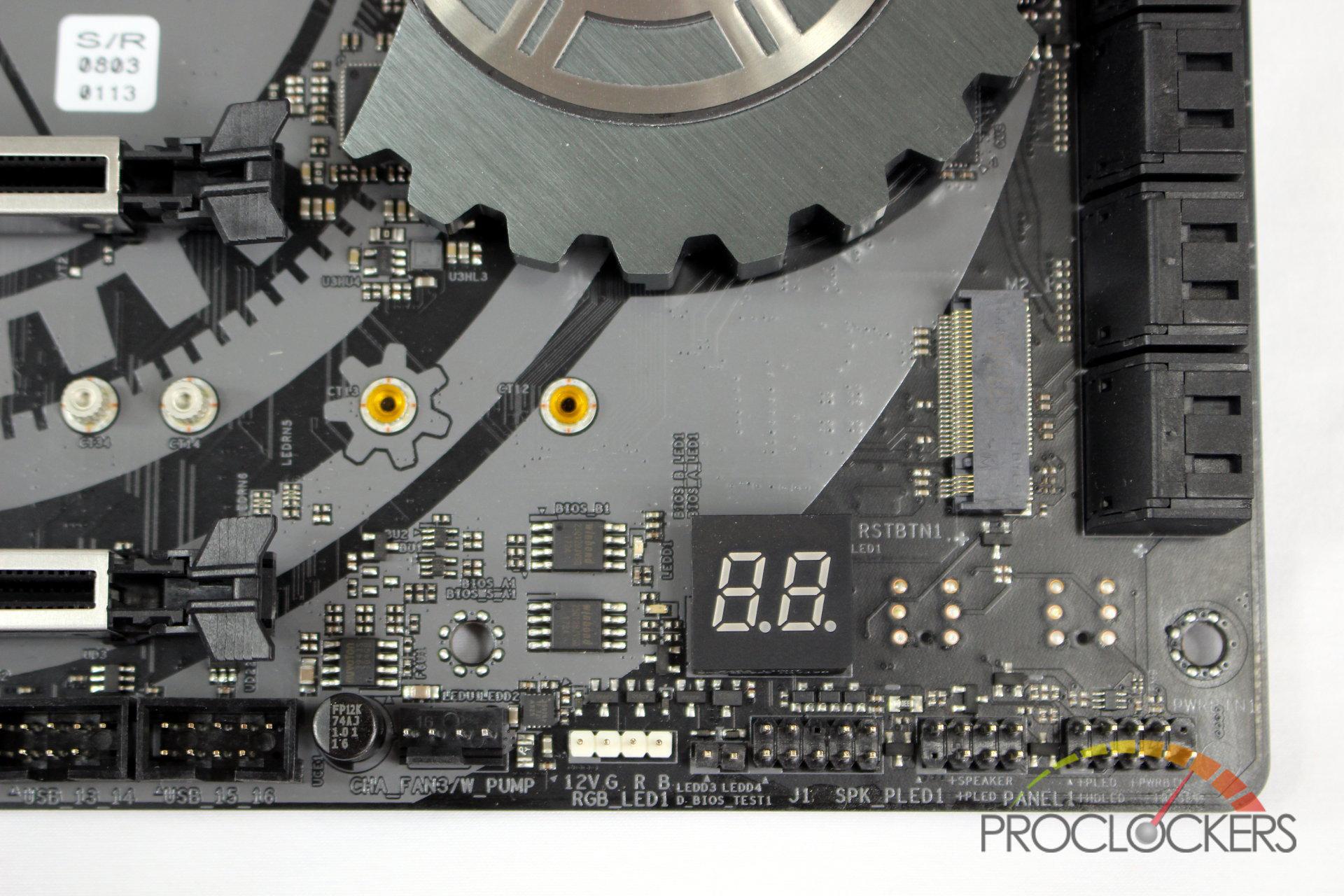 Connections along the bottom include the Purity Sound 4 powered front panel audio header, a TPM module header, and a Thunderbolt expansion connection. A trio of USB 2.0 headers is welcome as many devices still use these, such as RGB controllers, fan controllers, even power supplies and liquid cooling units for reporting and control. Next up is a 4-pin high power fan header, an analog RGB header, a jumper for switching to the backup BIOS, and your front panel I/O Connections. A 2-digit POST code readout sits just above.

Going up the front edge, we have 2 SATA ports powered by an extra controller, and 6 Chipset connected SATA ports. A USB 3.1 header sits between two USB 3.0 headers, one of which is right-angled. The main 24-pin power connection is near the top. Also hiding in this corner is a small switch to kick XMP on for your memory without having to enter the BIOS. 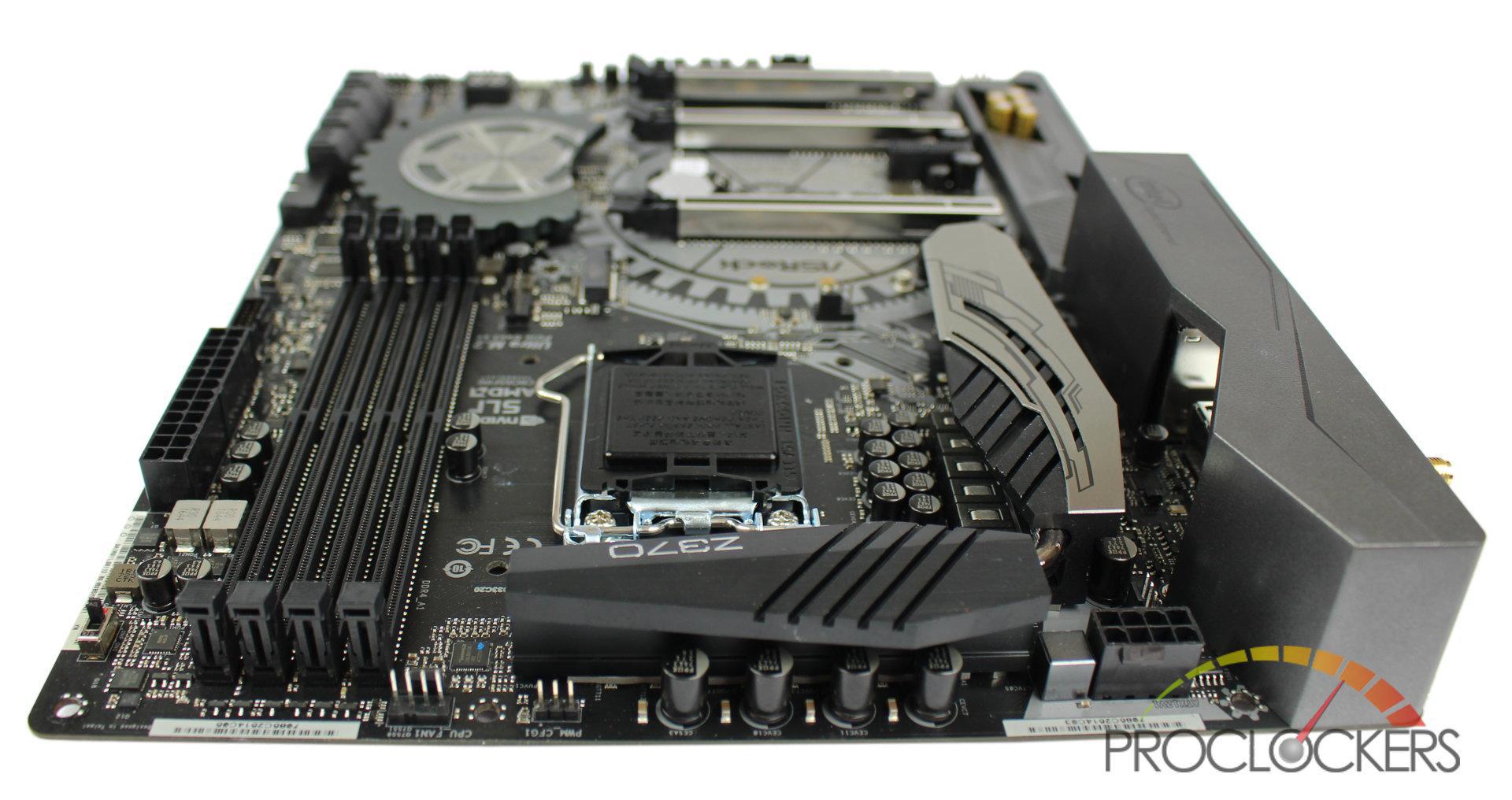 The top edge of the board has a single 4-pin fan header as well as a PWM configuration jumper, and the CPU’s 8-pin power connection.