All performance testing was done with an i7-8700K and GTX 1070 at default clock speed. CPU was left with Speed Step and Turbo Boost enabled. The only setting changed was enabling XMP memory settings in the BIOS. Games where ran at a resolution of 1920 x 1080 and higher settings enabled as noted. 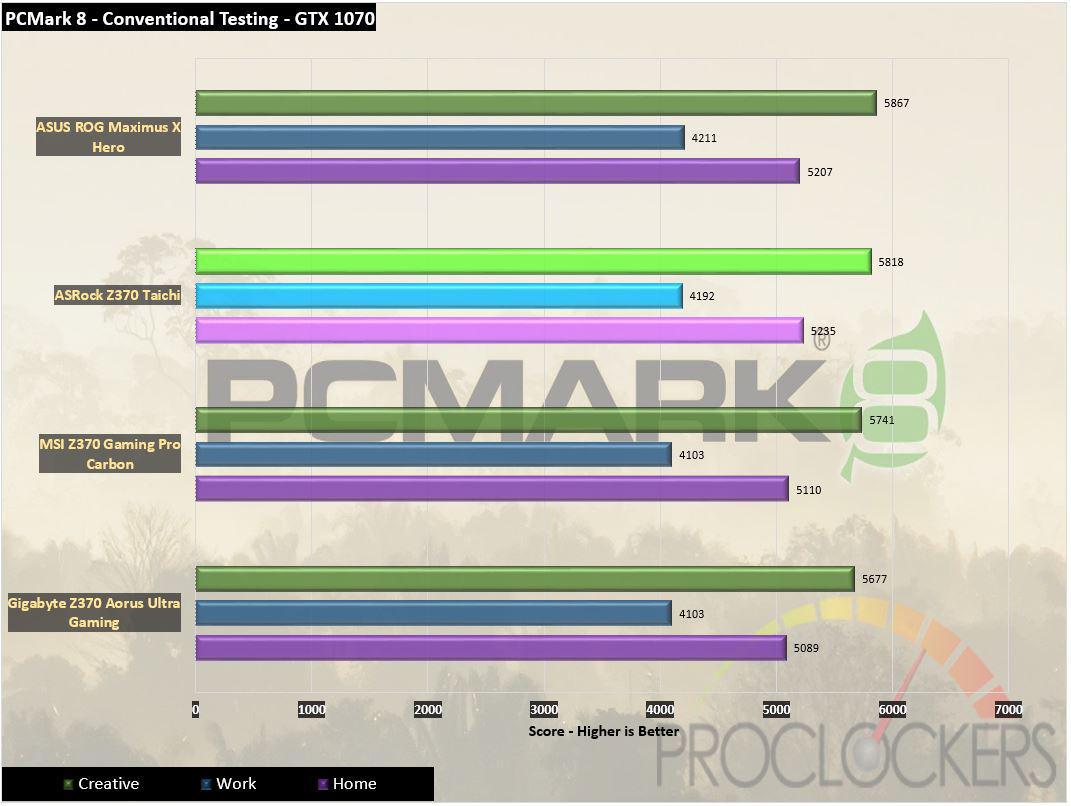 ASRock’s Z370 Taichi comes out of the gate swinging, missing first place by only a few points.

PCMark 10 is the complete benchmark for the modern office. It is the ideal test for organizations that are evaluating PCs for a workforce with a range of performance needs. The tests in this benchmark cover a wide range of activities from everyday productivity tasks to demanding work with digital media content.
PCMark 10 uses a modular approach to build relevant benchmark tests around common end-user scenarios. A Test Group is a collection of workloads that share a common theme or purpose. There are four test groups in PCMark 10, we use three of them.
Essentials: covers the common, everyday ways that people use a PC. The workloads include Web Browsing, Video Conferencing, and App Start-up time.
Productivity: measures system performance with everyday office applications. This test group includes the Spreadsheets and Writing workloads.
Digital Content Creation: This test group’s workload reflects the demands of working with digital content and media. The tests include Photo Editing, Video Editing, and Rendering and Visualization. 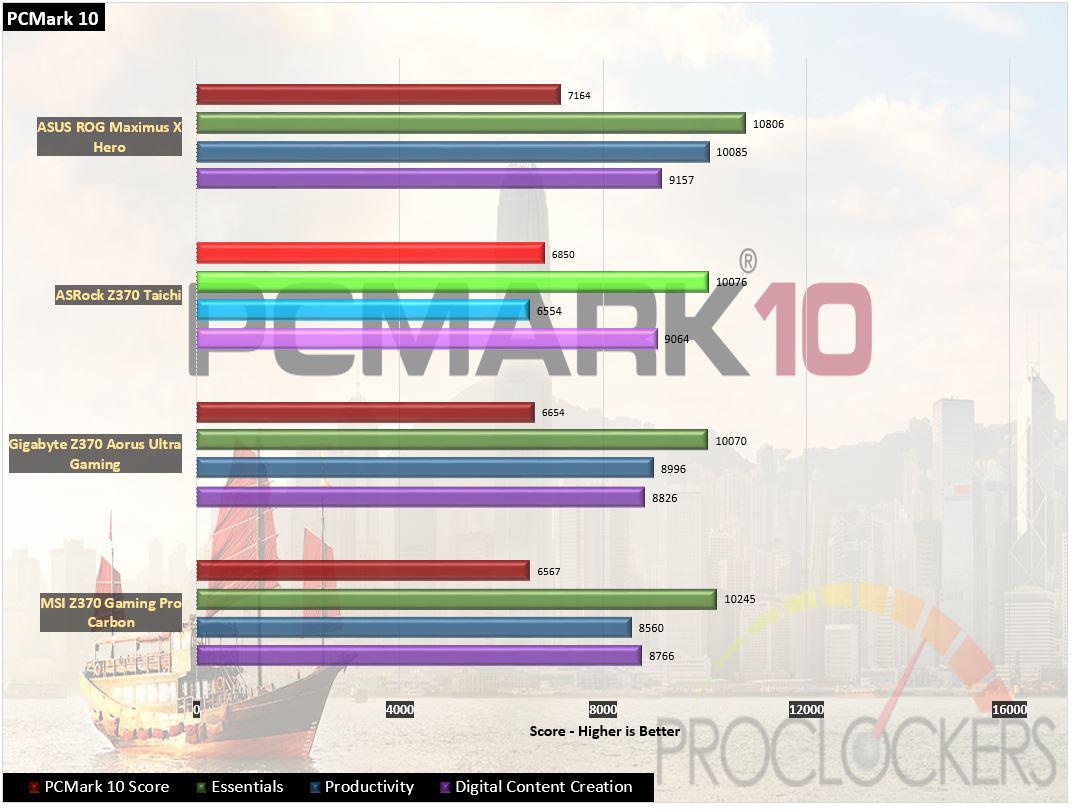 The Taichi takes 2nd place again in PCMark10 overall, but we see a slight hit to our productivity score for some reason. 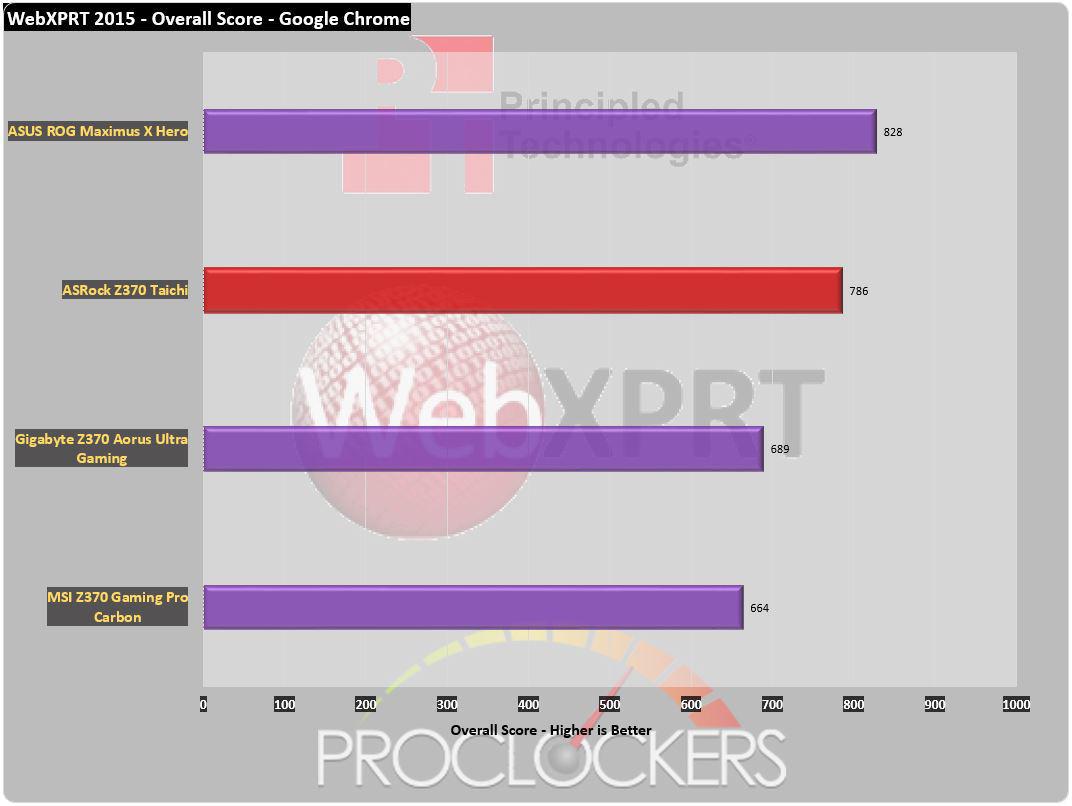 In WEbXPRT the Taichi misses first place by around 40 points but leads the next board by nearly 100 points. 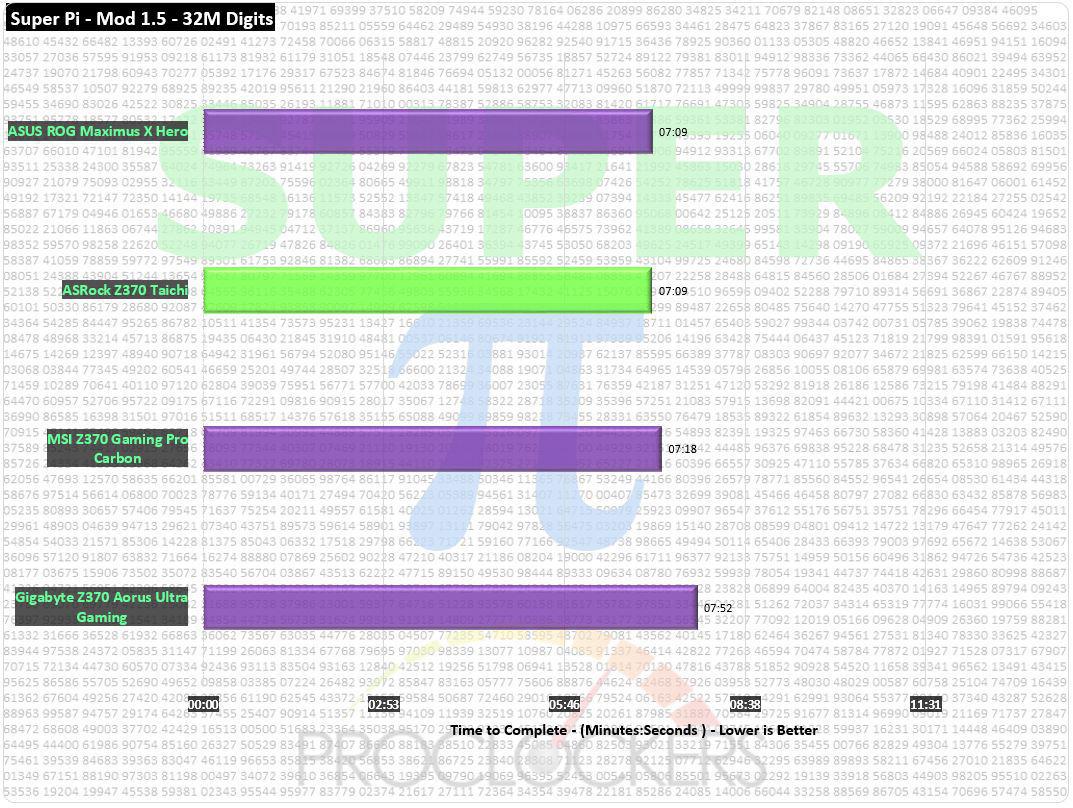 In Super Pi, the Taichi turns in a time of seven minutes and 9 seconds and is about a tenth of a second slower than the ASUS board in the list. 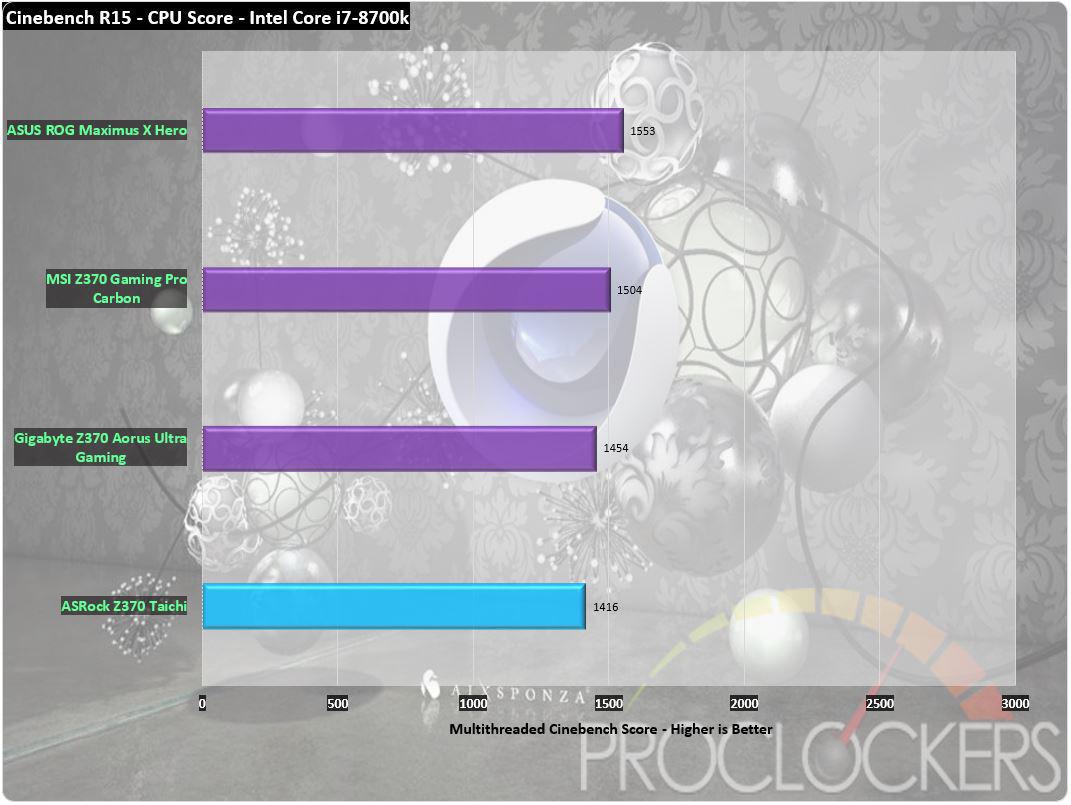 In Cinebench, the Taichi comes in last due to its less aggressive use of Turbo speeds on the CPU.

The benchmark shows a rating in MIPS (million instructions per second). The rating value is calculated from the measured speed, and it is normalized with results of Intel Core 2 CPU with multi-threading option switched off. So if you have modern CPU from Intel or AMD, rating values in single-thread mode must be close to real CPU frequency. There are two tests, compression with LZMA method and decompression with LZMA method. Once the total passes reaches 100, the score is taken 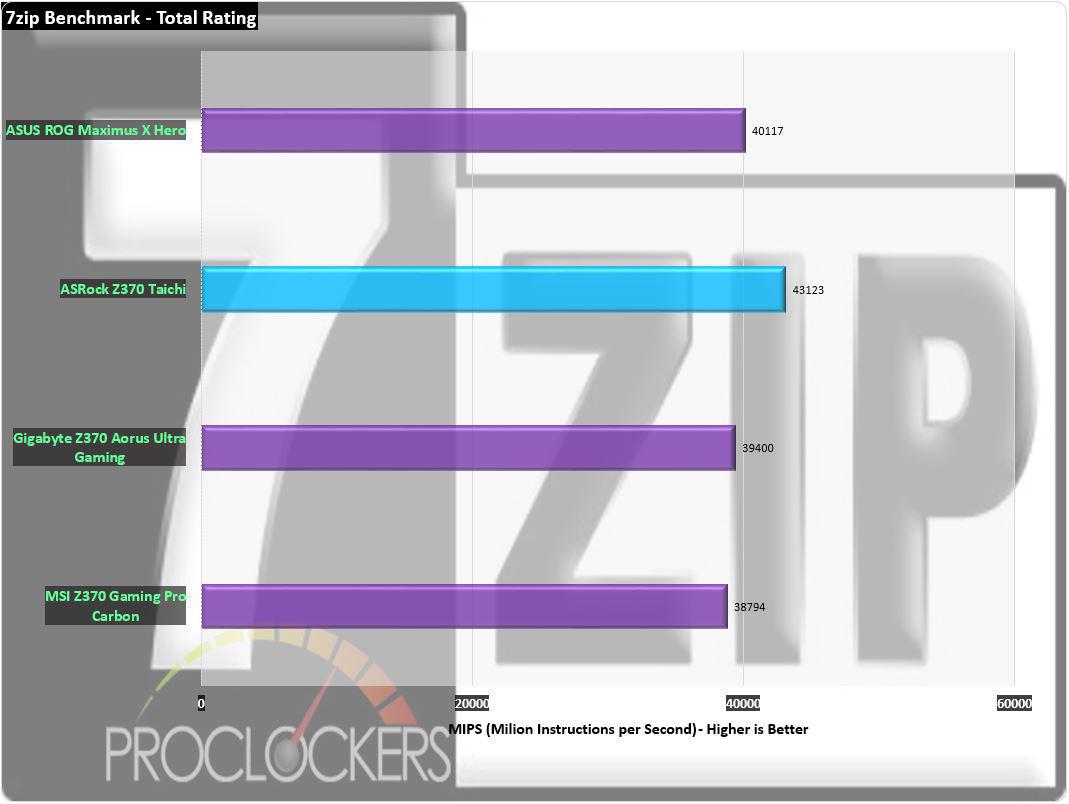 The Taichi must really love to compress and decompress files, it scored a small landslide ahead of the completion here. 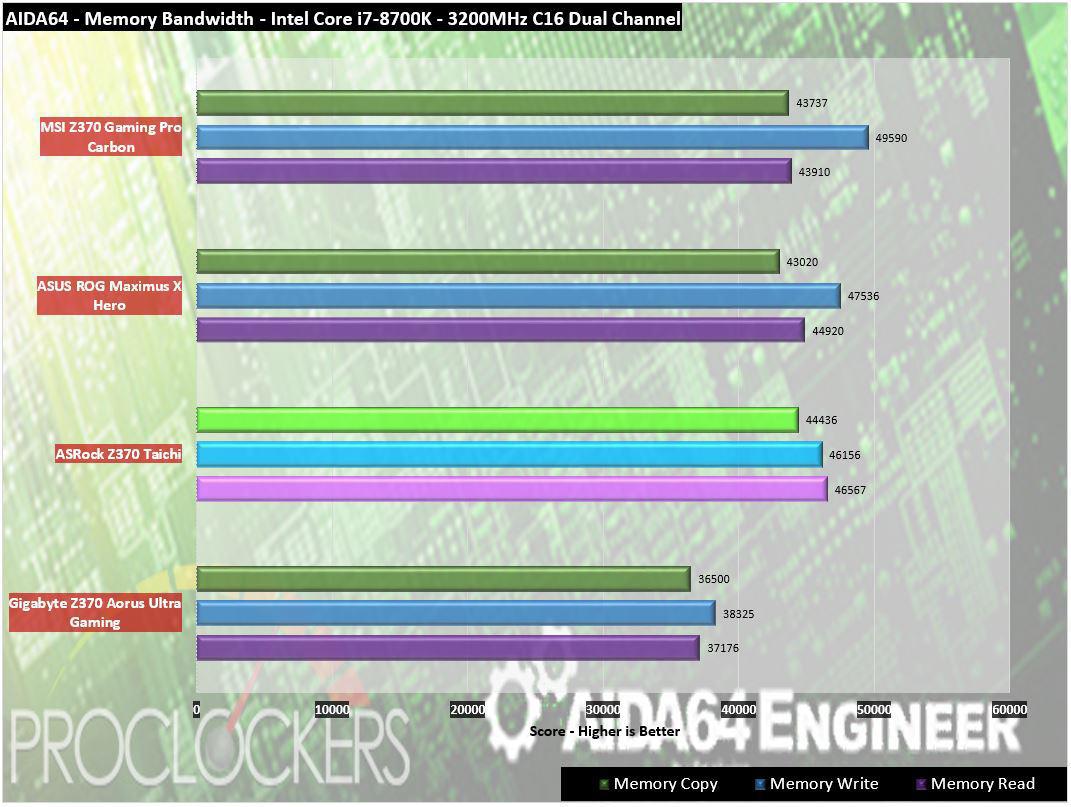 In memory bandwidth, the Z370 Taichi did excellently, and depending on which category you are looking at, actually might have taken first. 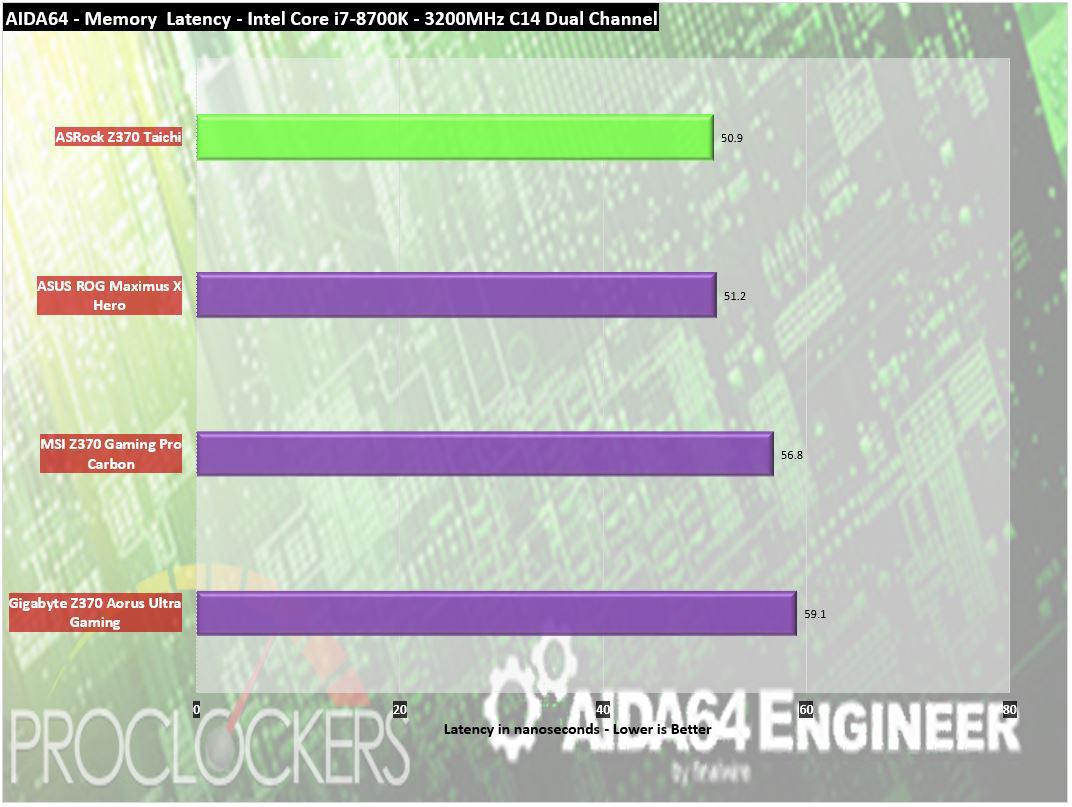 In latency testing, the Taichi takes first place quite easily. 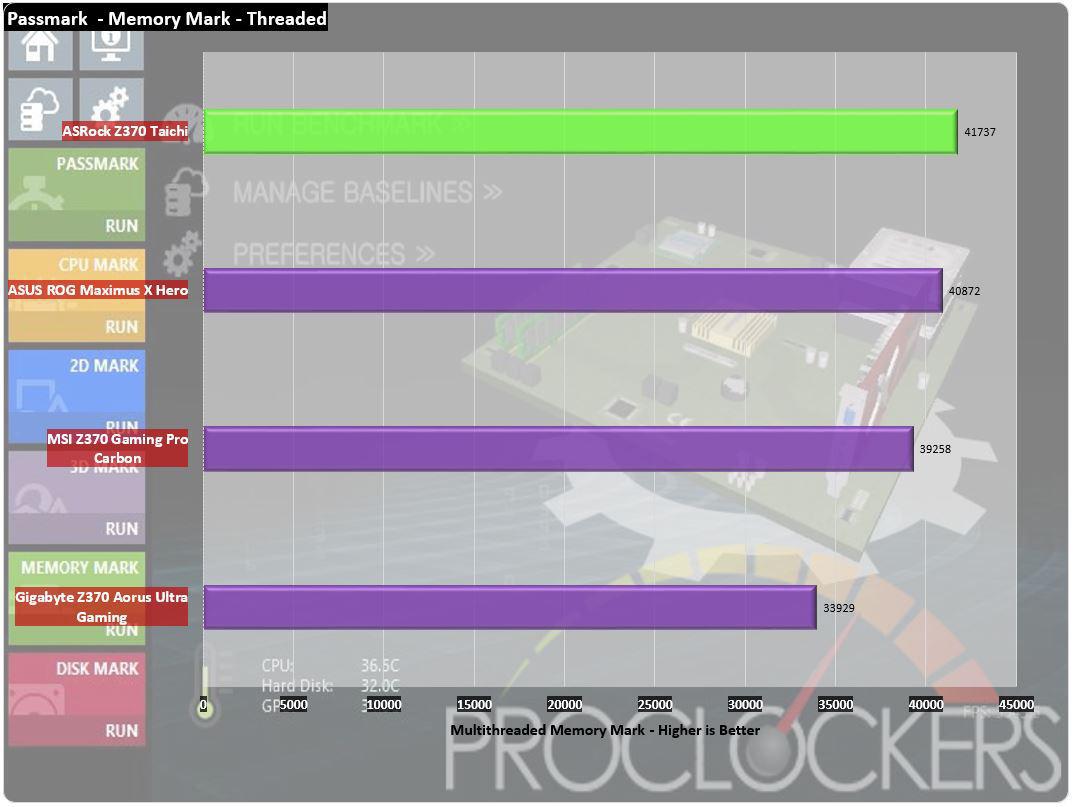 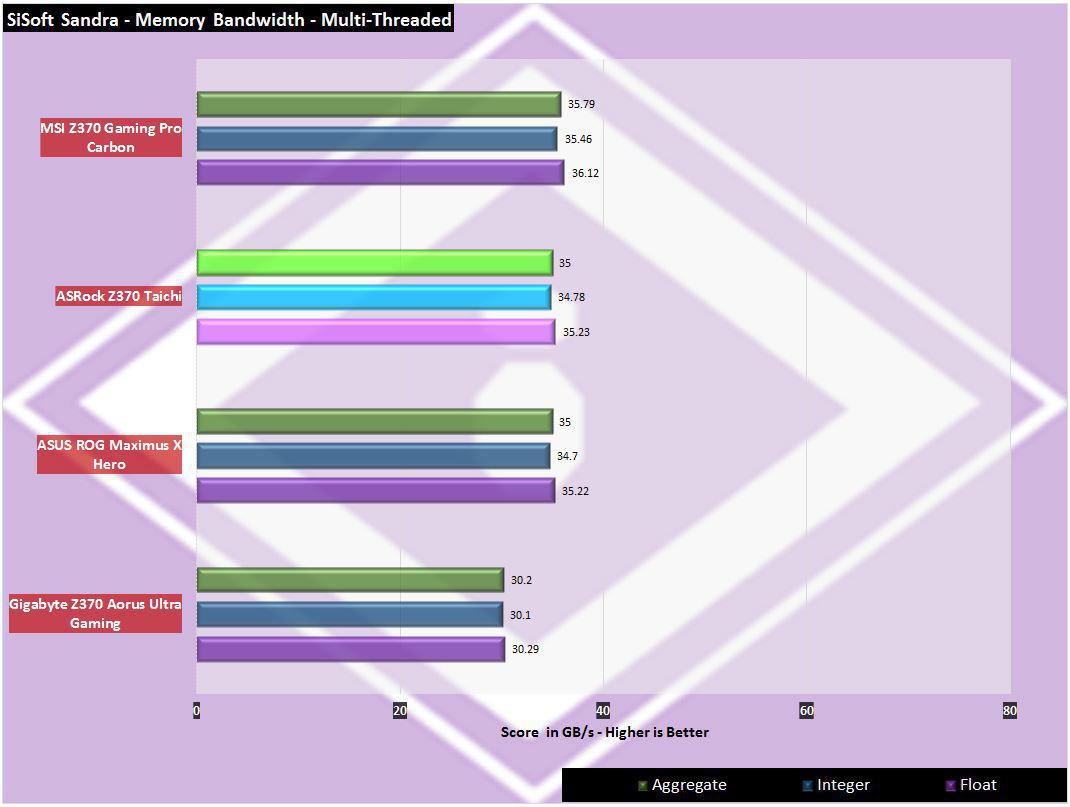 SiSoft also shows great memory performance, so it can’t be a fluke. 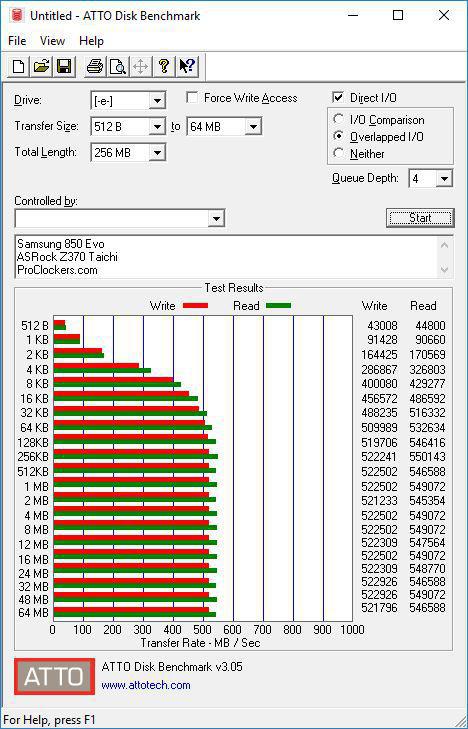 ATTO shows out Samsung 850 EVO performing close to its rating. 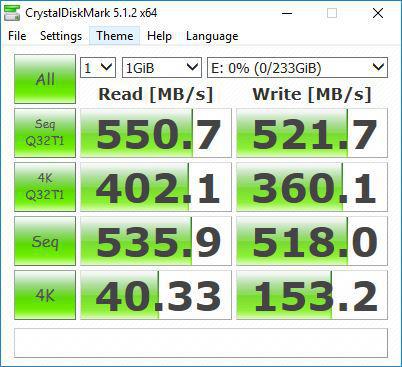 Crystal Disk Mark shows exactly the drives rated 520MB/s writes but is a hair above the rated 540MB/s reads.

The synthetic tests determine the sequential and random read and write performance of the SSD. These tests are performed without using the operating system cache. In the Seq test, the program measures how long it takes to read and write a 1 GB file. In the 4K test, read and write performance is determined for randomly selected 4K blocks. The 4K-64 Third test is equivalent to the 4K procedure, except that the read and write operations are distributed to 64 threads. This test should show differences between the IDE operating mode where NCQ is not supported and the AHCI mode for SSDs with Native Command Queuing (NCQ). The additional compression test can measure the performance of the SSD as a function of the compressibility of the data. This is especially important for the controllers that are used to increase the performance and life of the cell compression. 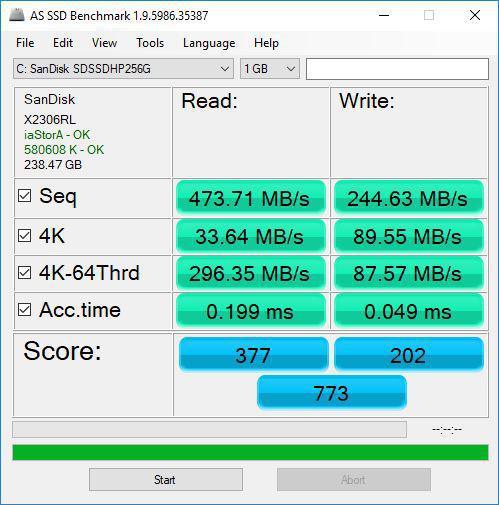 AS SSD uses a slightly different testing methodology and usually shows a bit lower on most, but this is right about where this drive normally scores. 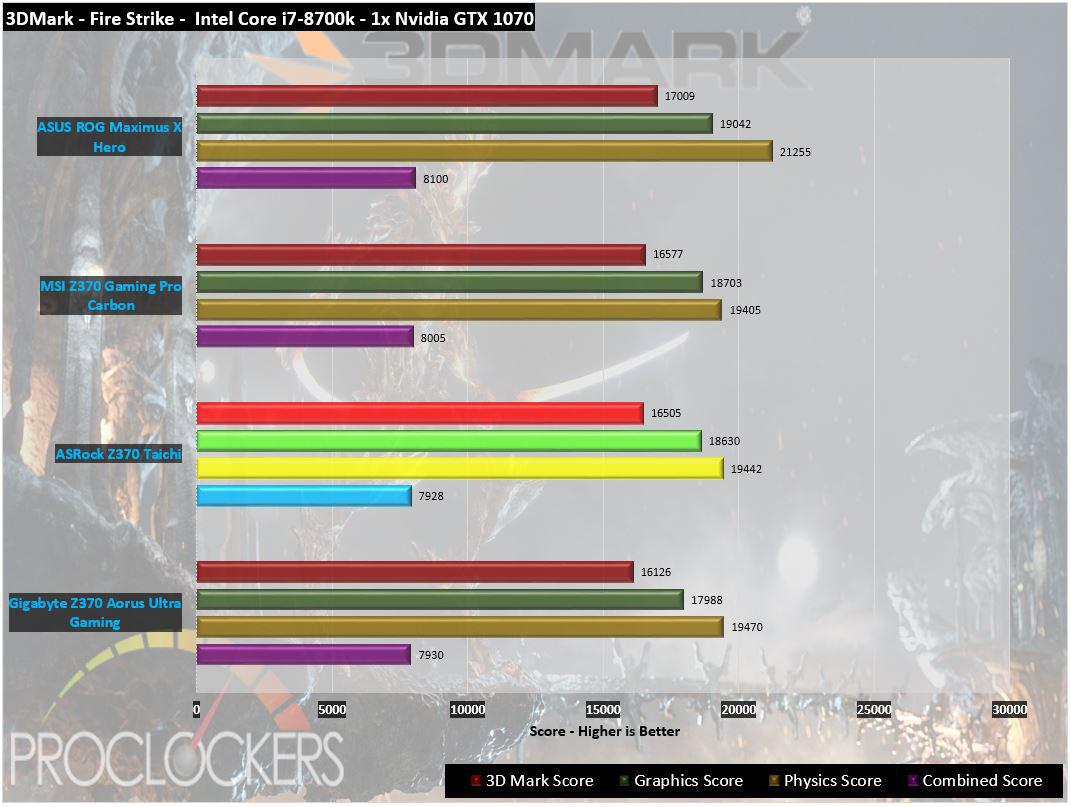 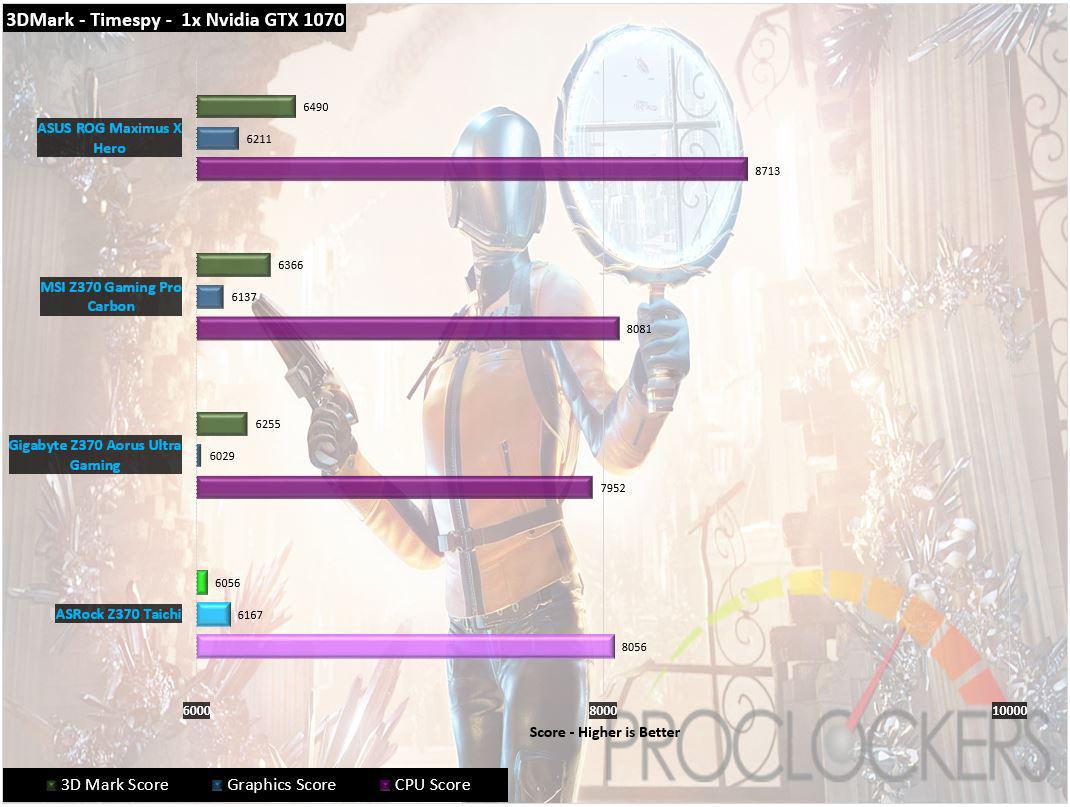 While the Taichi appears to be last here, we had to really zoom in on the chart area to see much of a difference. 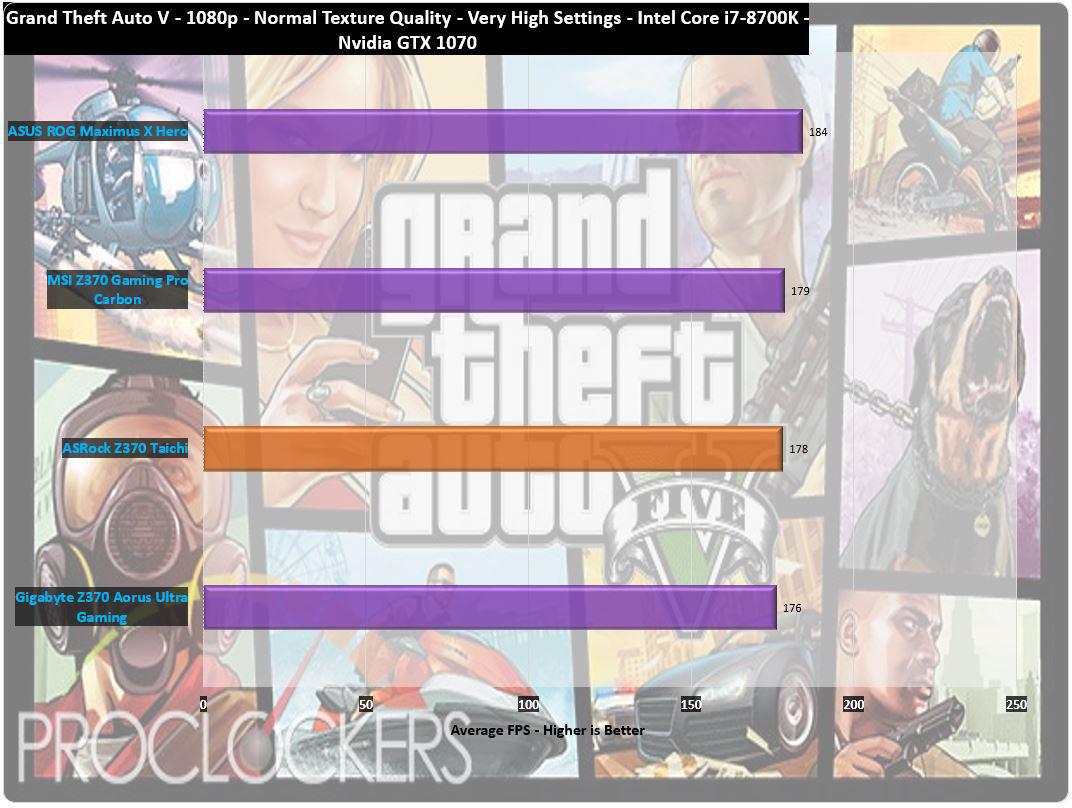 Again we get great performance with no bottlenecks. 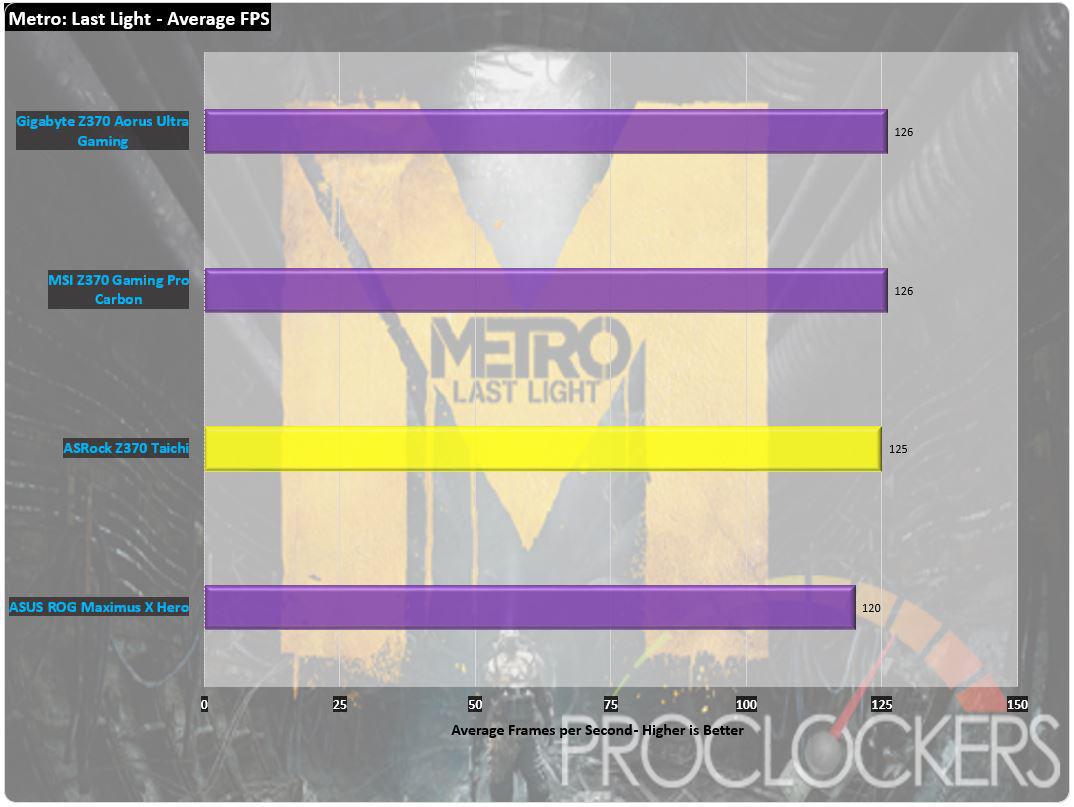 “Garrett, the Master Thief, steps out of the shadows into the City. In this treacherous place, where the Baron’s Watch spreads a rising tide of fear and oppression, his skills are the only things he can trust. Even the most cautious citizens and their best-guarded possessions are not safe from his reach.”

Thief was developed by Eidos-Montréal and published by SQUARE ENIX, Eidos Interactive. The newest game in our benchmark suite, Thief is also one of the most demanding and has the highest recommended system requirements. Those heavy requirements allow it to use the Unreal 3 game engine to great effect. It also features AMD’s Mantle API, as well as Microsoft’s common DirectX 11 API. 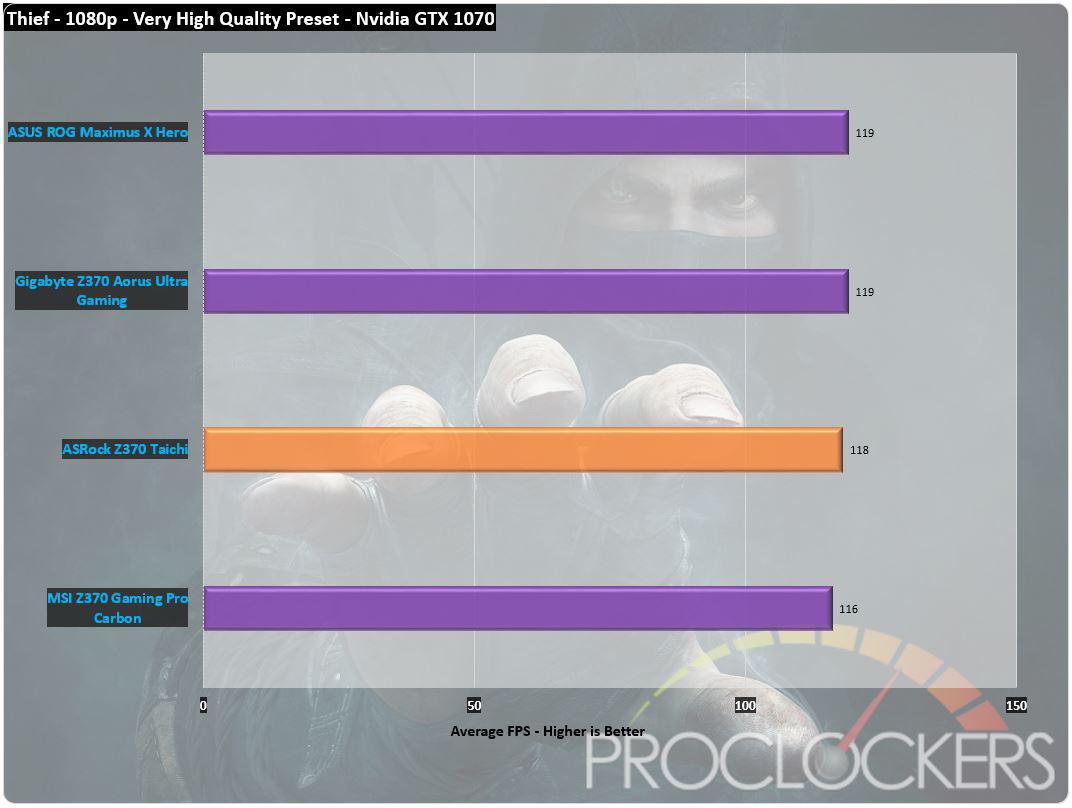 And our last game is not heavily CPU dependent, so unless we see a large hit to frame rates, all is well and we see no issues here.