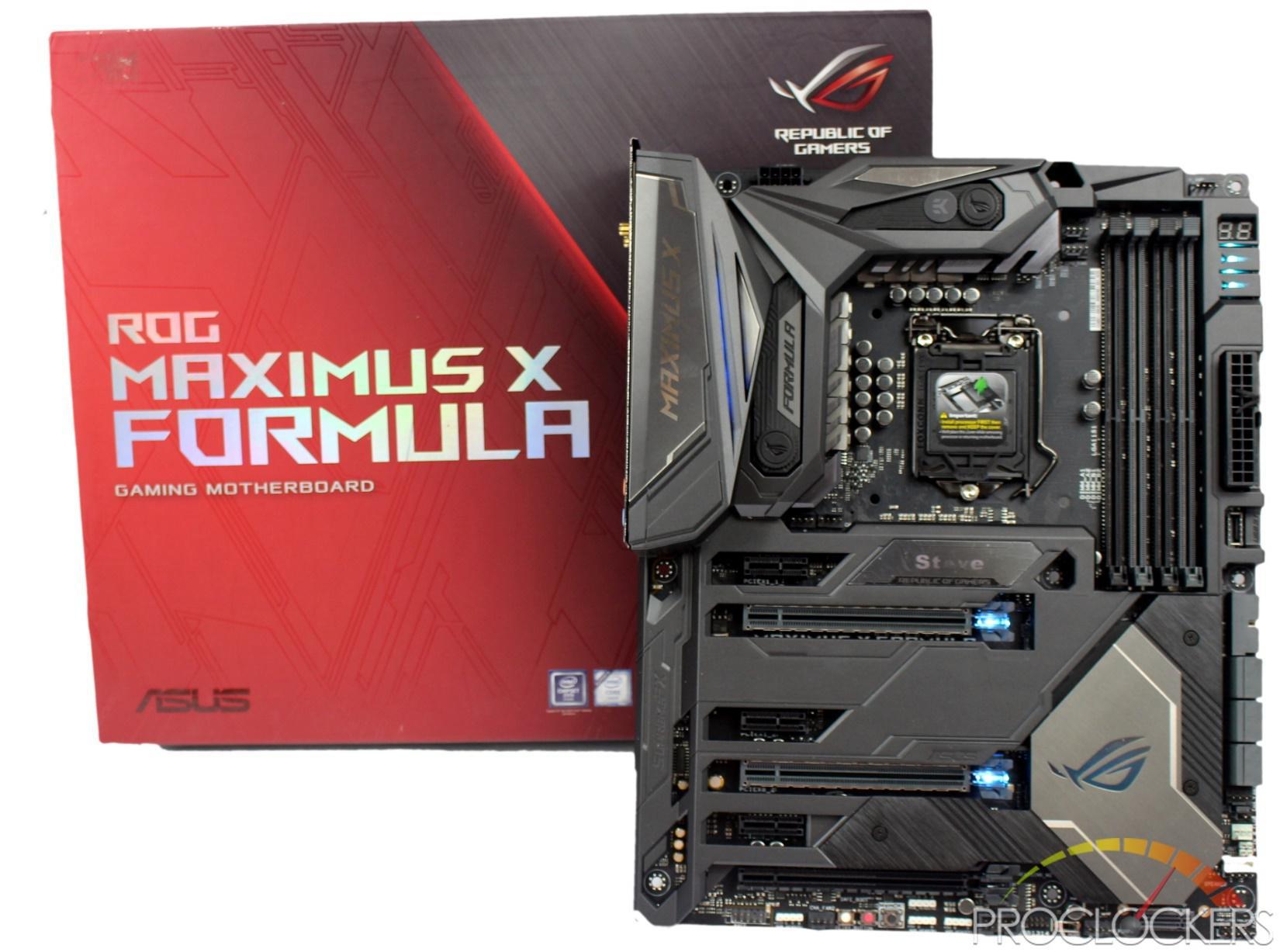 Following in the footsteps of eight previous Maximus Formula predecessors dating back a decade to 2008, the Maximus X Formula brings the iconic ROG heritage to Intel’s 8th generation platform. Featuring everything gamers have come to love about Formula from the EKWB powered VRM cooling, ROG Armor, steel backplate, and RGB lighting and mixed it in with the new LiveDash OLED display and the latest in connectivity for the ultimate gaming experience.

Pro Clockers would like to thank ASUS for sending over the ROG Maximus X Formula for us to check out!

ASUS’s take on the ROG Maximus X Formula:
Drawing from a heritage that spans more than a decade, the latest incarnation of the Maximus series augments Intel’s Z370 chipset with all the enhancements that enthusiasts crave. Each model sports a unique blend of features to cater to a distinct audience, yet the core ROG DNA ripples through the entire lineup. From overclocking and cooling options to satiate die-hard fanatics, to clean, refined aesthetics that are tastefully accented by RGB lighting, Maximus X-series motherboards bring the octane to your build.