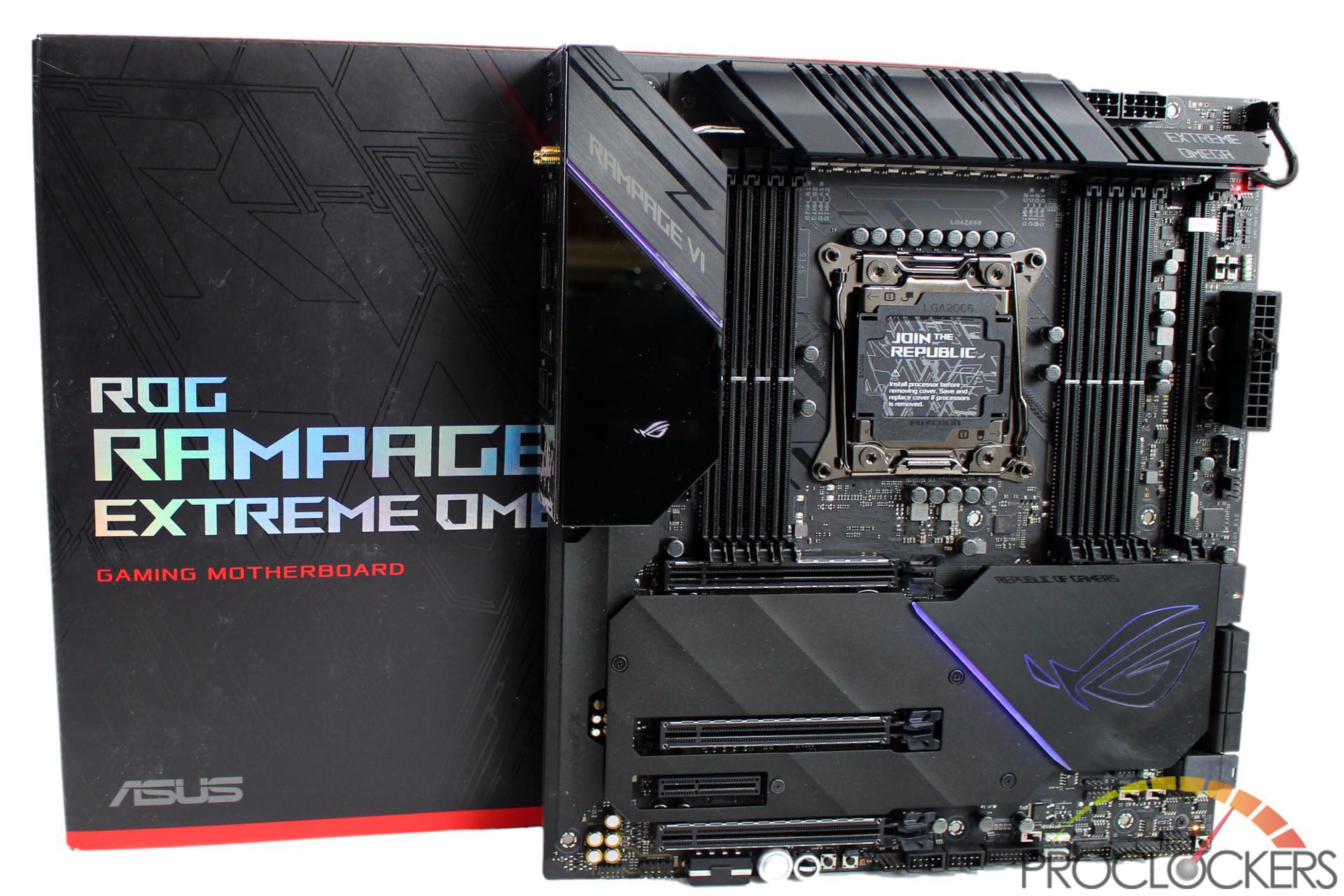 Hot on the heels of Intel’s launch of the updated SkyLake-X 9000 series CPU’s and following in the footsteps of the well-loved Rampage VI Extreme, ASUS’s updated ROG Rampage VI Extreme Omega makes some welcome changes to get the most out of Intel’s high core count CPU’s. One of the biggest changes is a new 8-phase VRM with twin power stages that quietly lurks beneath a massive new VRM heatsink with active fan cooling under the hood to handle the extreme demands of overclocking flagship CPU’s. Favorites such as the LiveDash OLED display and 10 Gigabit Ethernet are joined by a new NODE connector, Fan Extension II system, DImm.2 with heatsinks and an updated Intel Wireless-AC 9260. Can the best be bested? Let’s find out!

ProClockers would like to thank ASUS for sending the Rampage VI EXTREME OMEGA to check out.