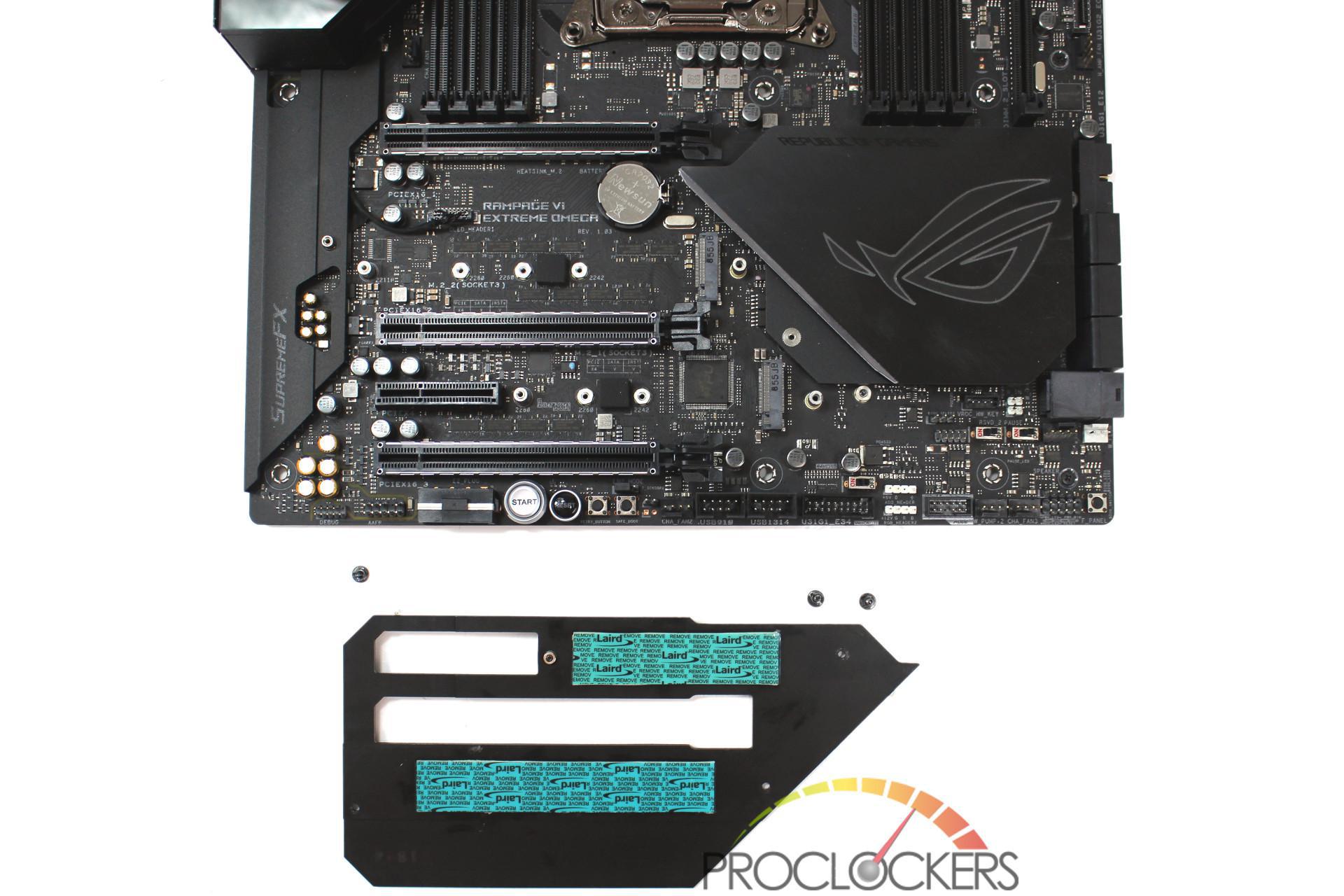 Four screws hold the M.2 heatsink on, one of which is captive. Pre-installed thermal pads thermally link each drive to the heatsink. 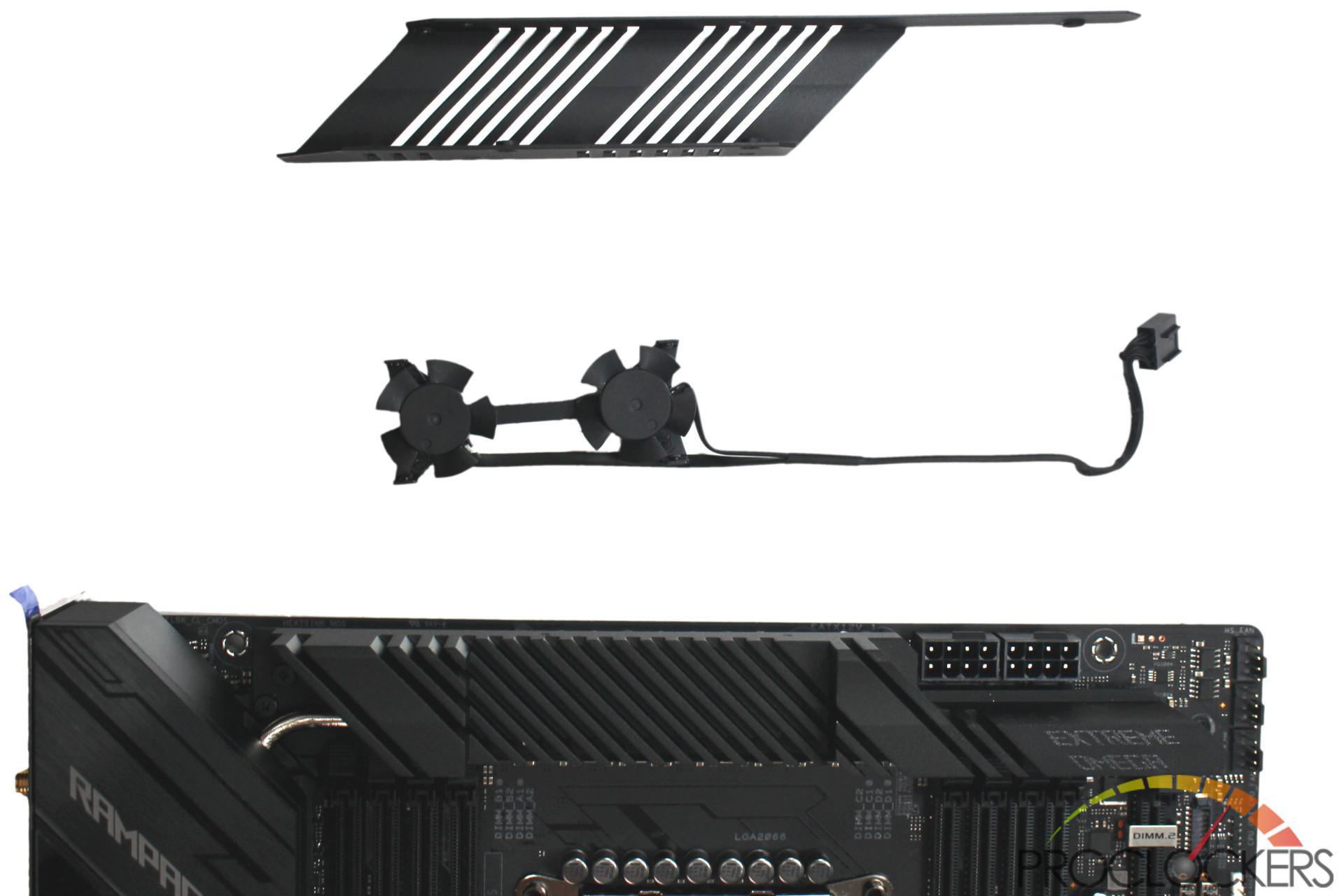 One of the biggest changes is the new VRM. Twin fans sit inside the heatsink to provide active cooling, but they don’t turn on until the heatsink reaches 60C. you can change this in ASUS’s software. 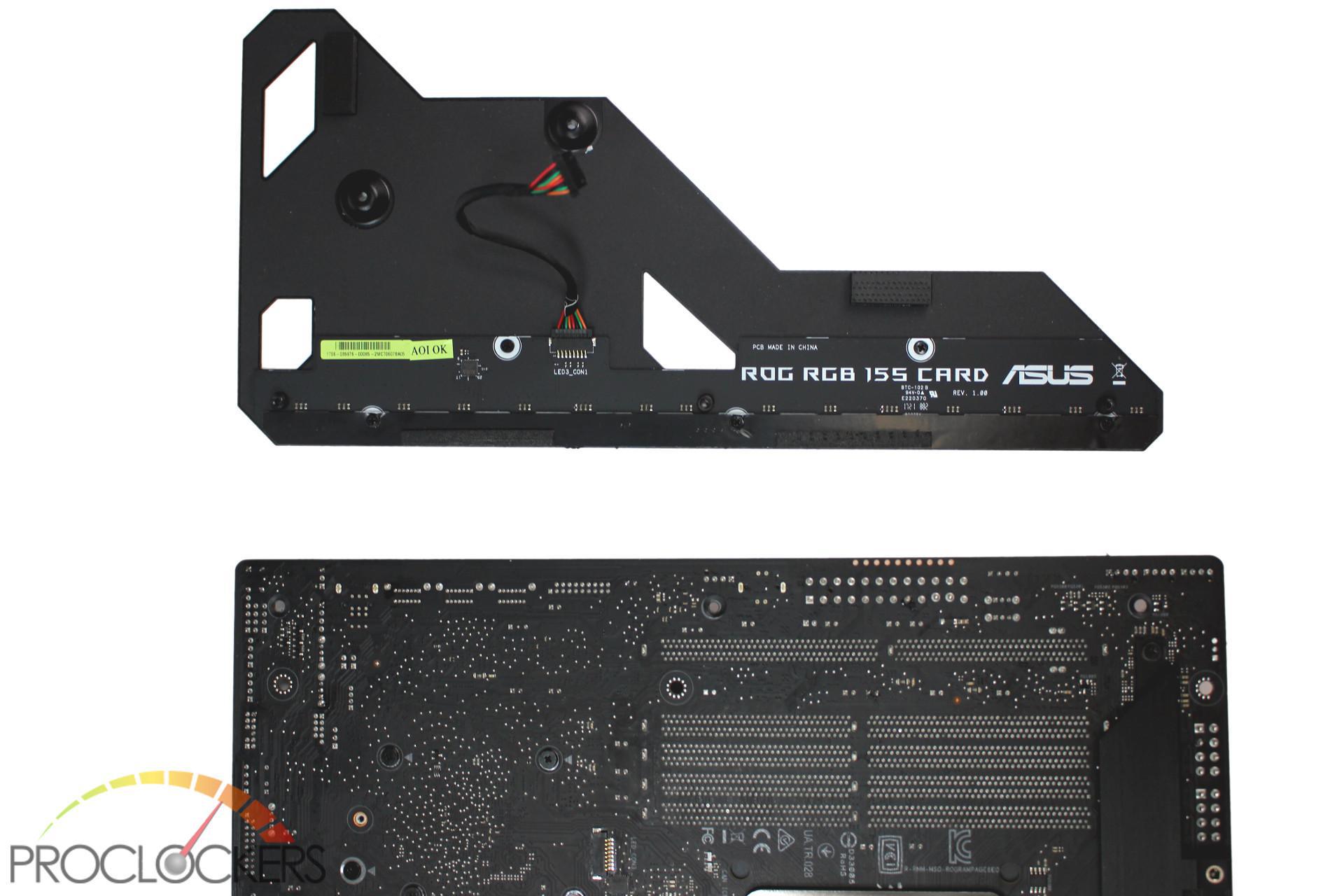 The rear armor piece is what has the front edge RGB strip. 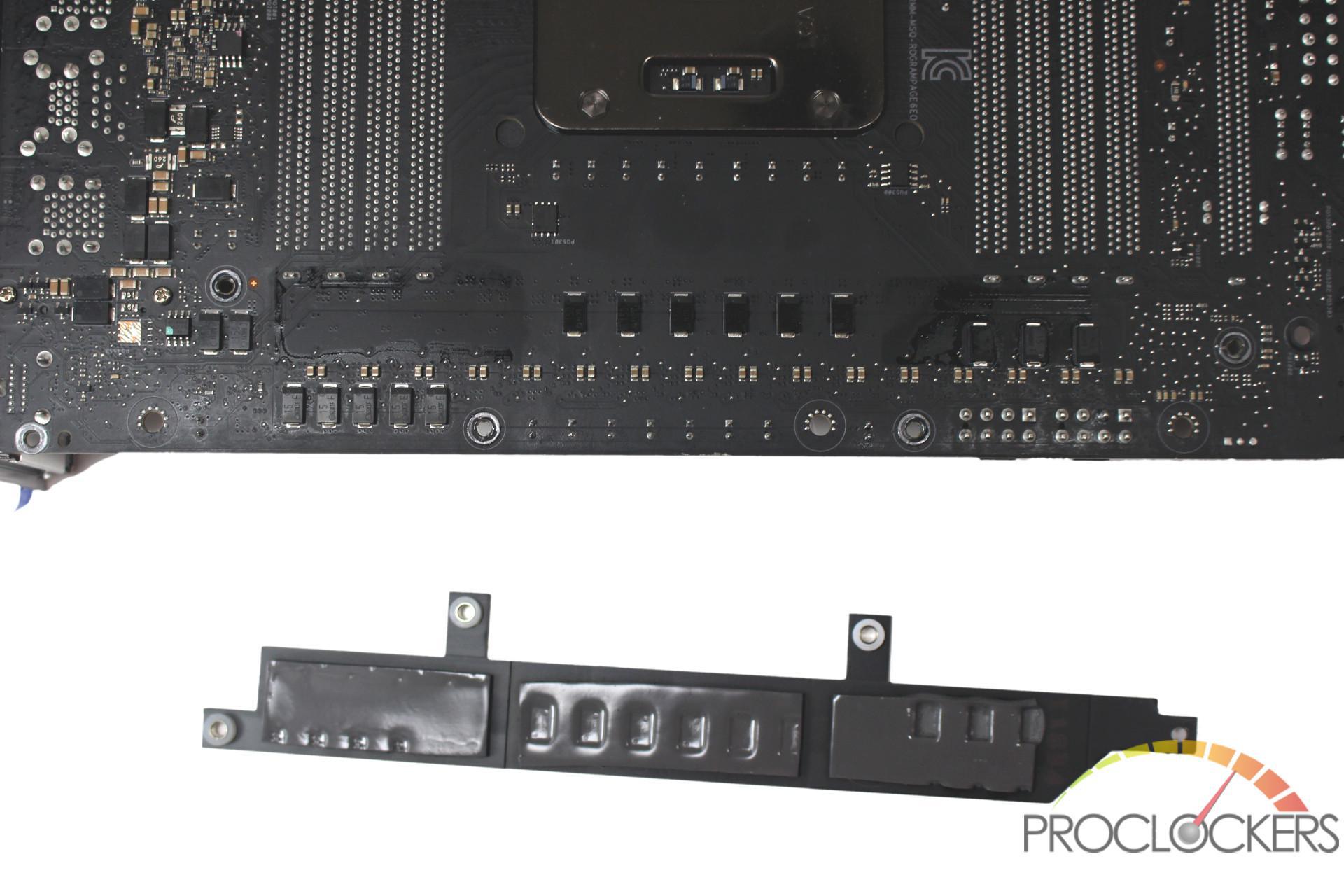 Behind the VRM is a large backplate that helps to spread heat as well with a few thick thermal pads. 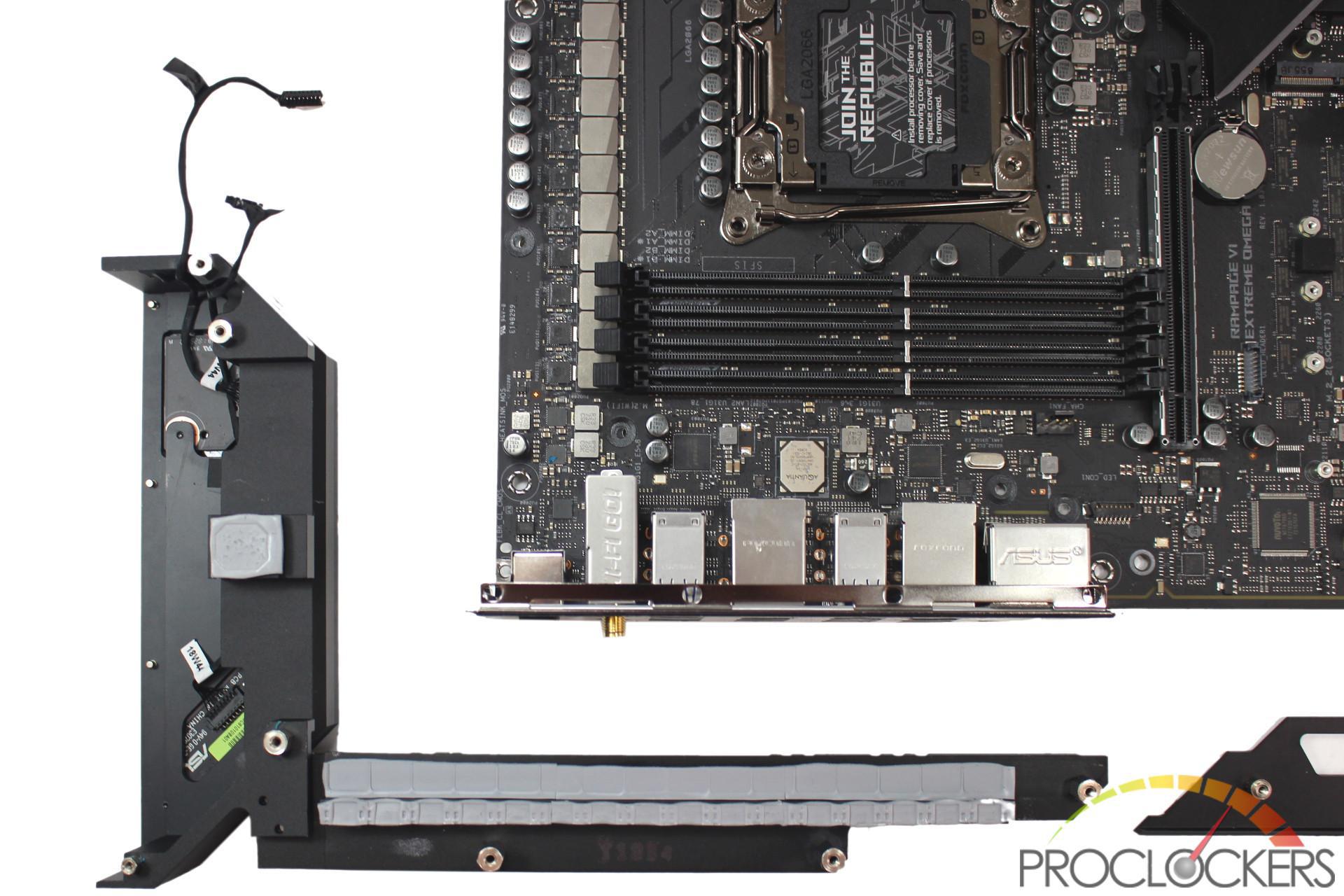 With all of that out of the way, you can finally remove the massive VRM heatsink assembly. Even though there is a large heat pipe in it, it comes off as one large piece. It also cools the Aquantia 10GB LAN chipset as well. 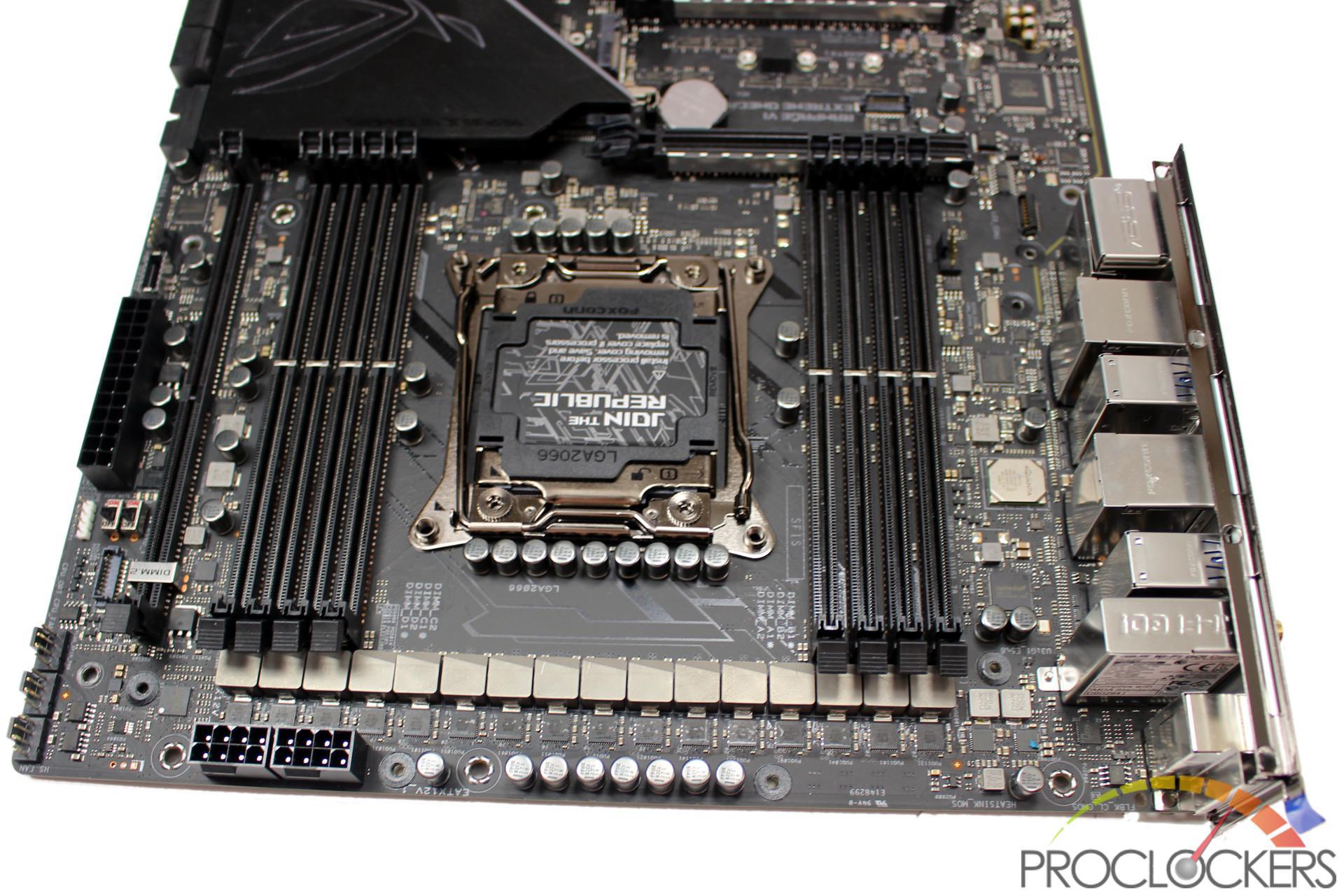 The Twin power stage 8-phase VRM is comprised of 16 power stages and 16 chokes and can provide a staggering 720A continuously which can equate to more than 1500W to an overclocked CPU while remaining cool thanks to improved efficiency. The twin power stage per phase also shortens transient response time for more stable power with less over and undershoots. 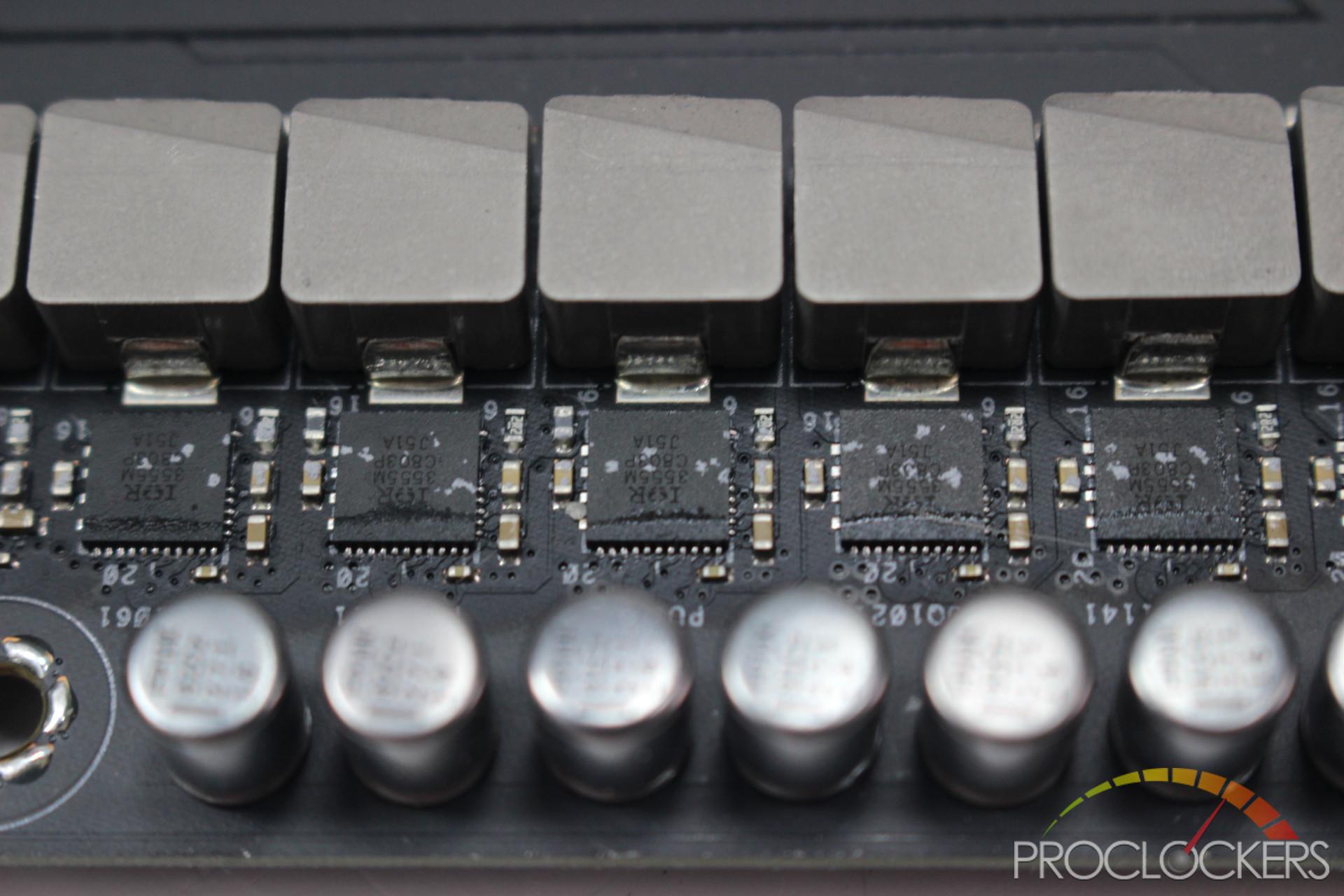 Each of the 16 IR3555 PowIRstages is rated to handle 60 amps while each Microfine Alloy Choke can handle 45 amps continuously. 10K Japanese caps provide output filtering with a long life, even in a high heat environment. 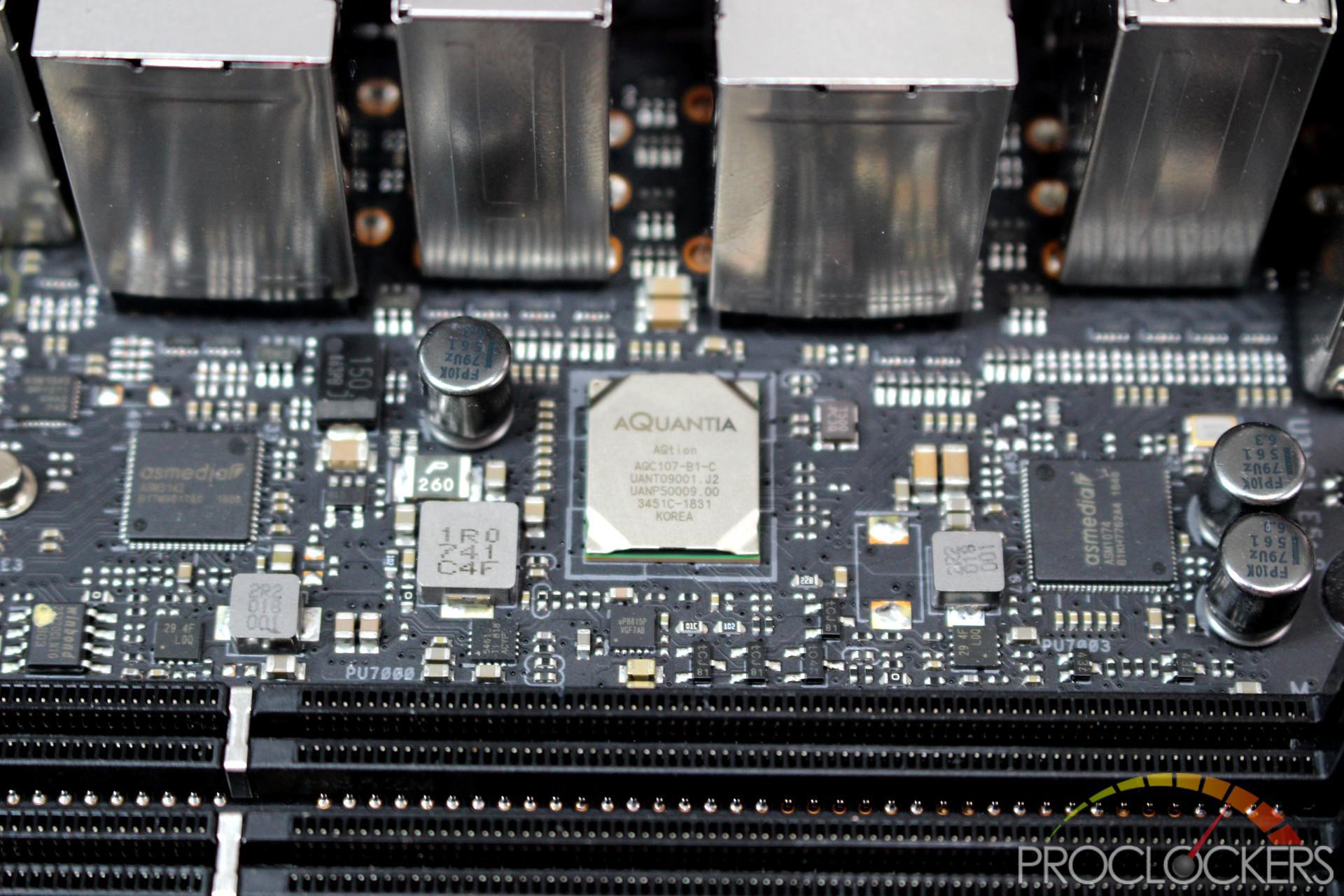 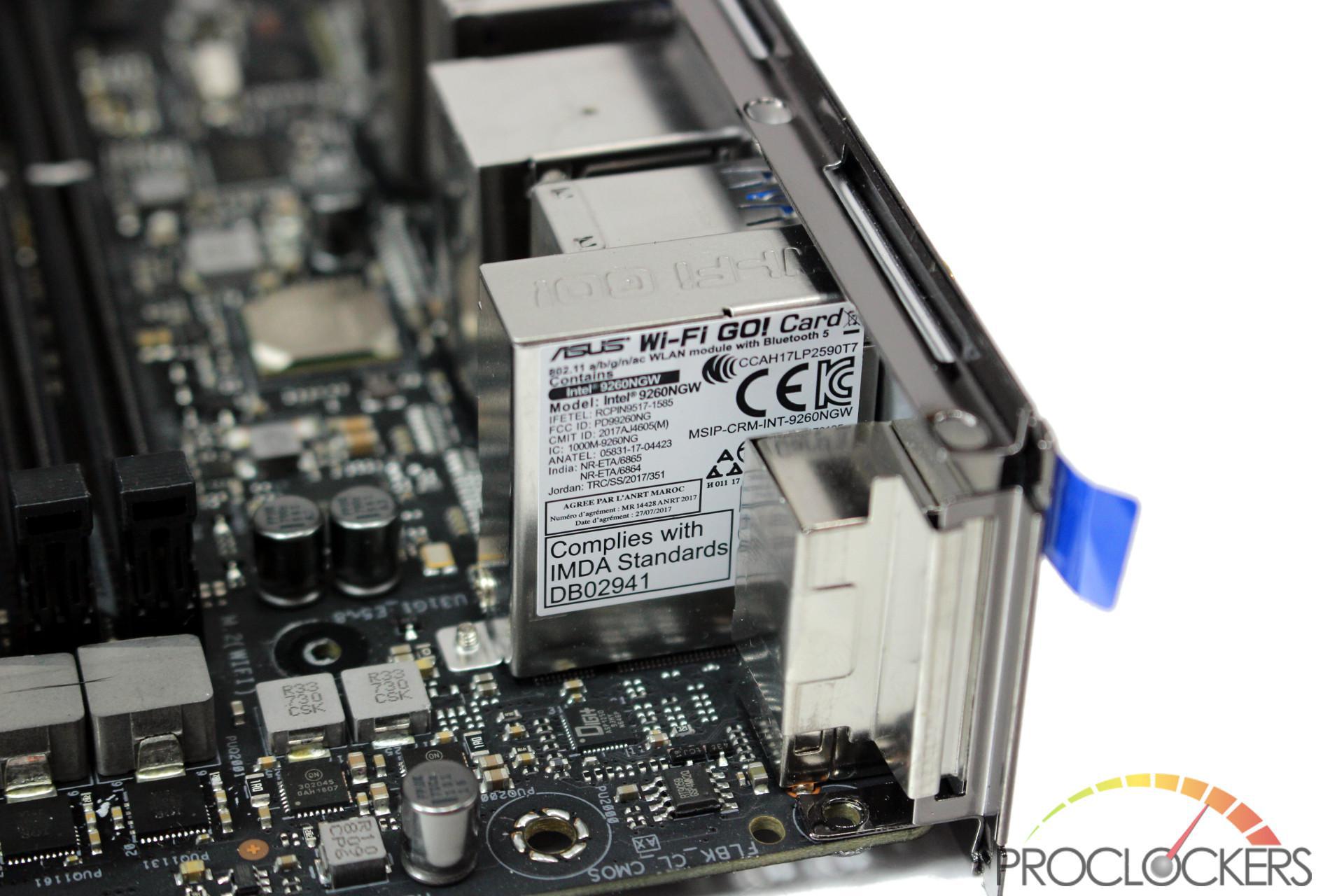 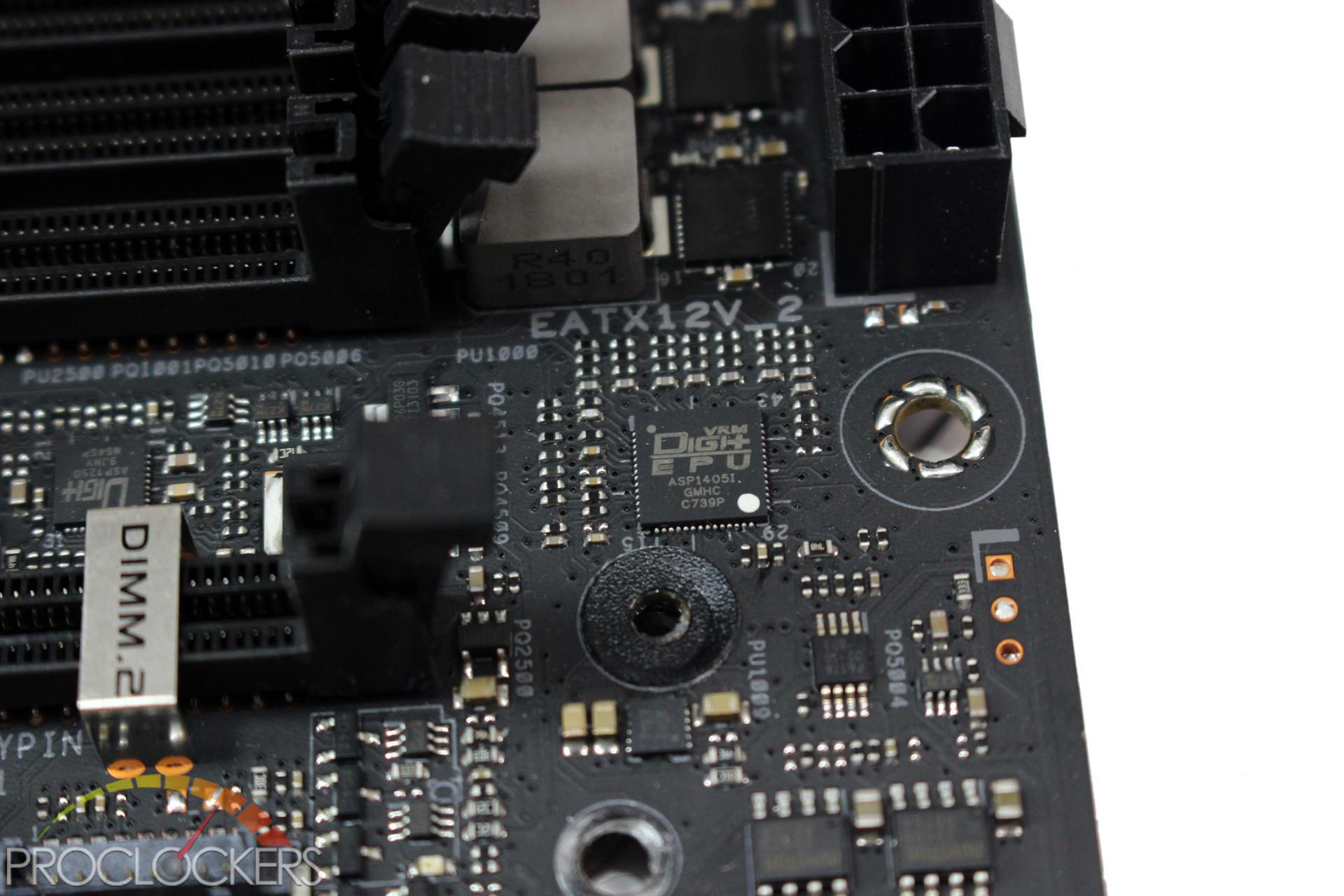 All of the VRM controllers on the board are fully digital and based on International Rectifier’s designs. This one provides the 8-phase control to the main Vcore VRM. 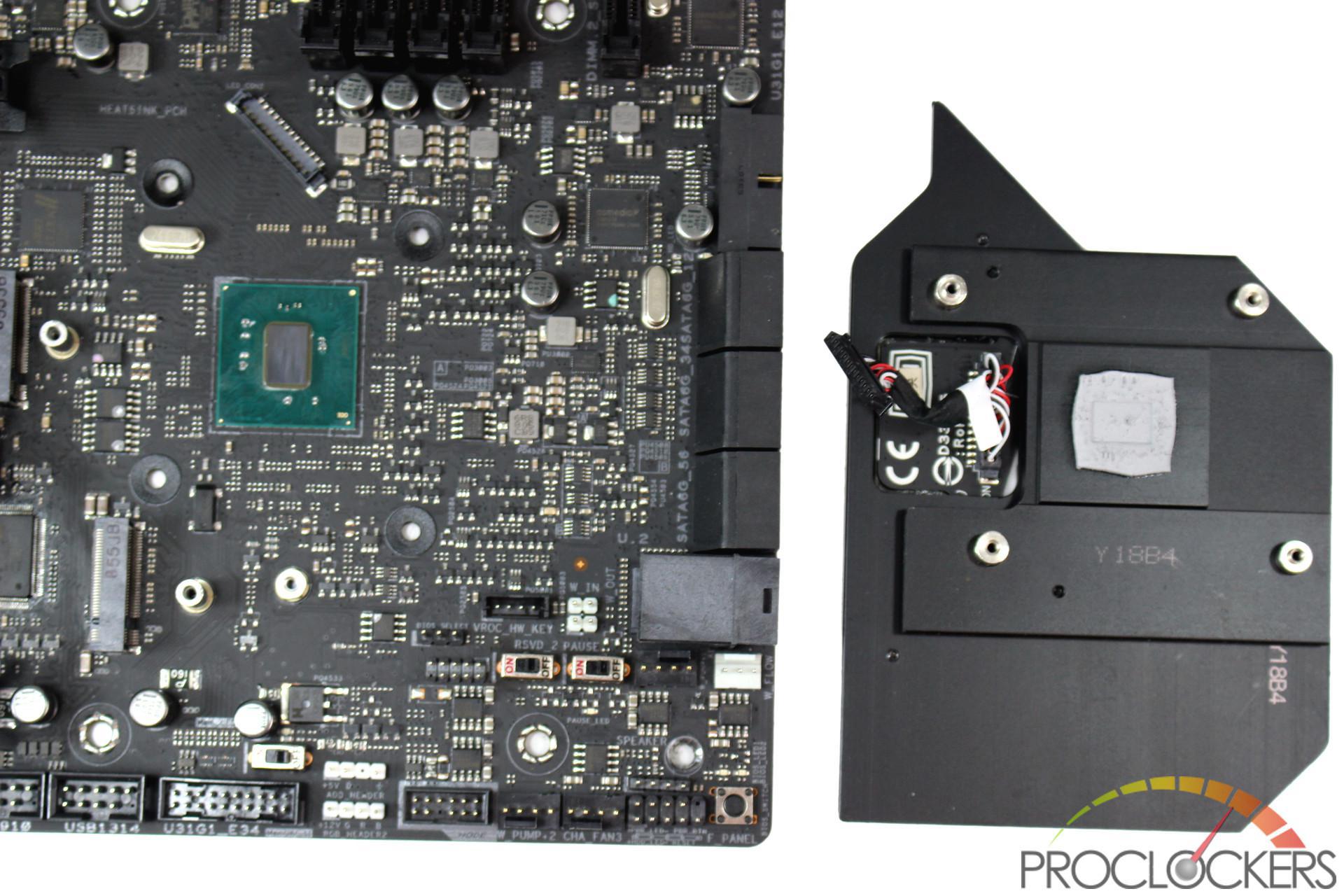 Intel’s X299 chipset hides under a large heatsink in the corner. 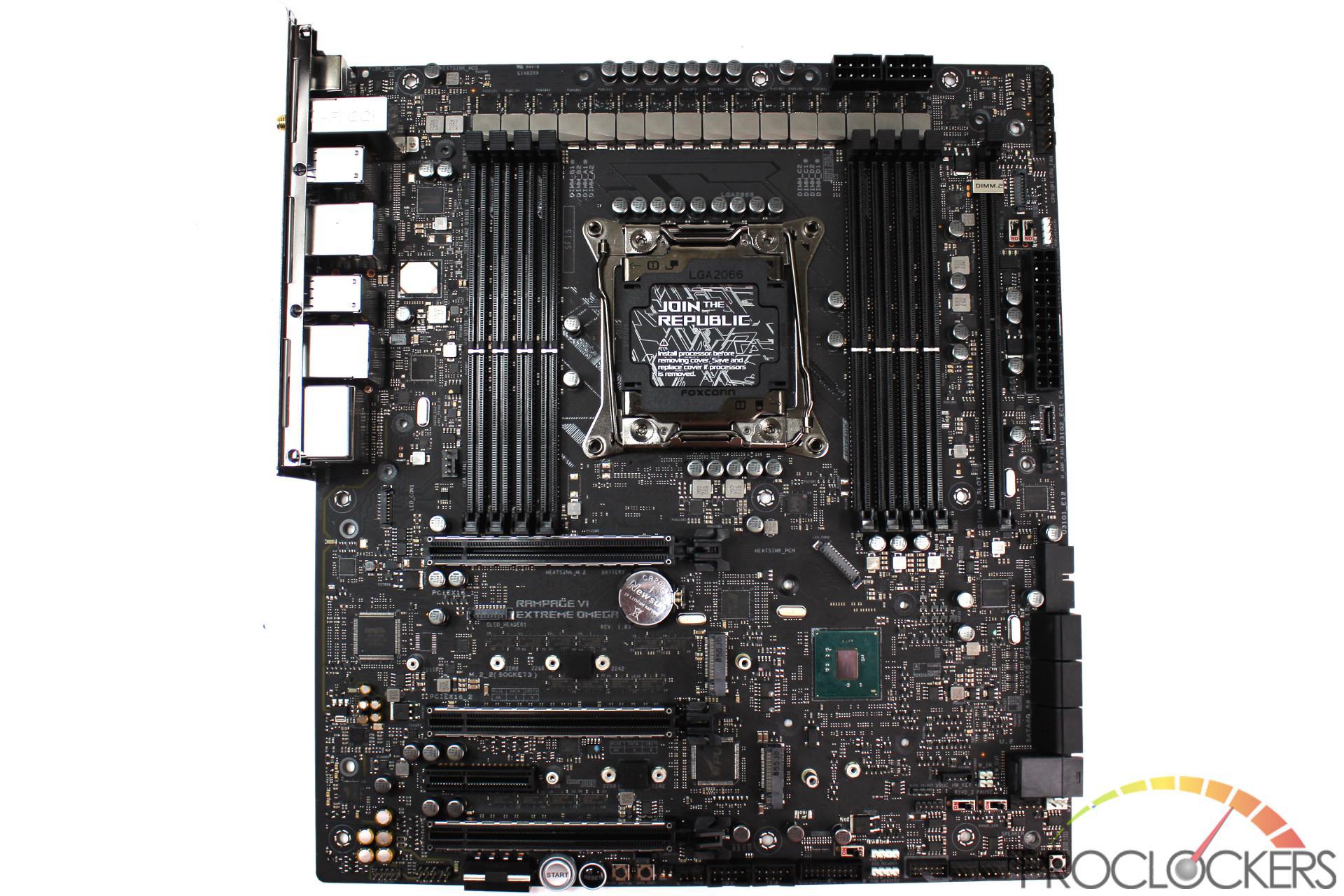 And here we go, the ROG Rampage VI Extreme Omega in all its nude glory. Even without all the functional decorations, it still looks great!