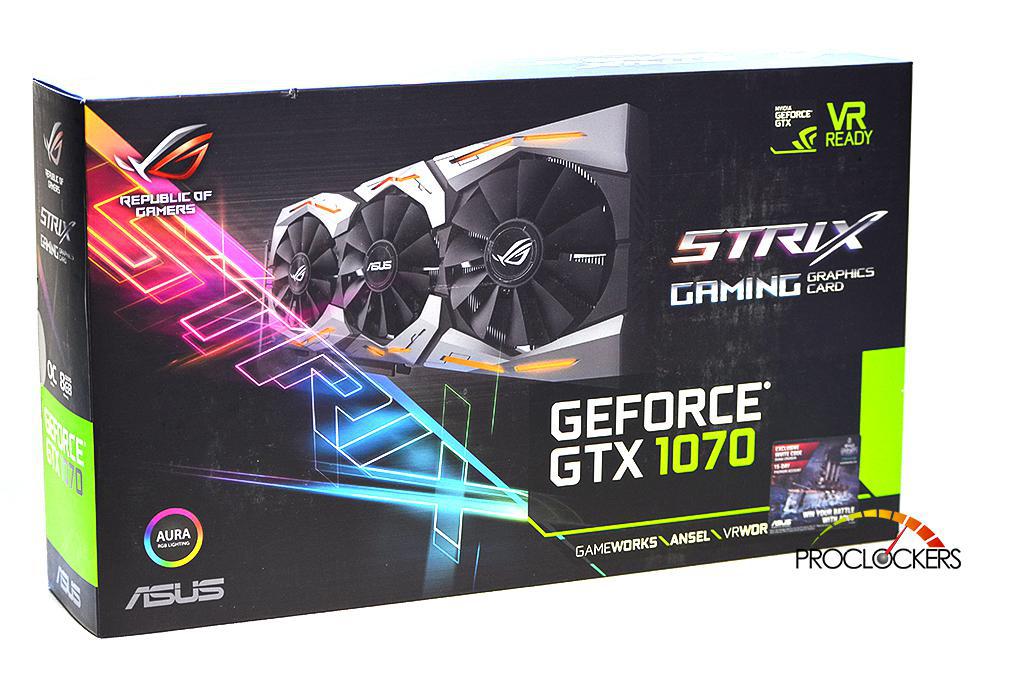 The STRIX 1070 comes in an attractive box, with the Republic of Gamers logo in the top left hand corner. Below the ROG logo is the STRIX branding, the ASUS logo and the AURA lighting logo as well. In the center of the box, near the top, there is a depiction of the STRIX 1070 card. On the right, from top to bottom, you see the Nvidia GeForce GTX logo and VR Ready logo. Just below is the STRIX branding and the words “Gaming Graphics Card.” The bottom right corner has the GeForce GTX logo and 1070 product branding. There is also a list of a few of the main features of the GeForce GTX line up. These include NVidia’s GameWorks, VR Works and Ansel. Lastly, there is an advertisement for a 15-day premium account for World of Warships. 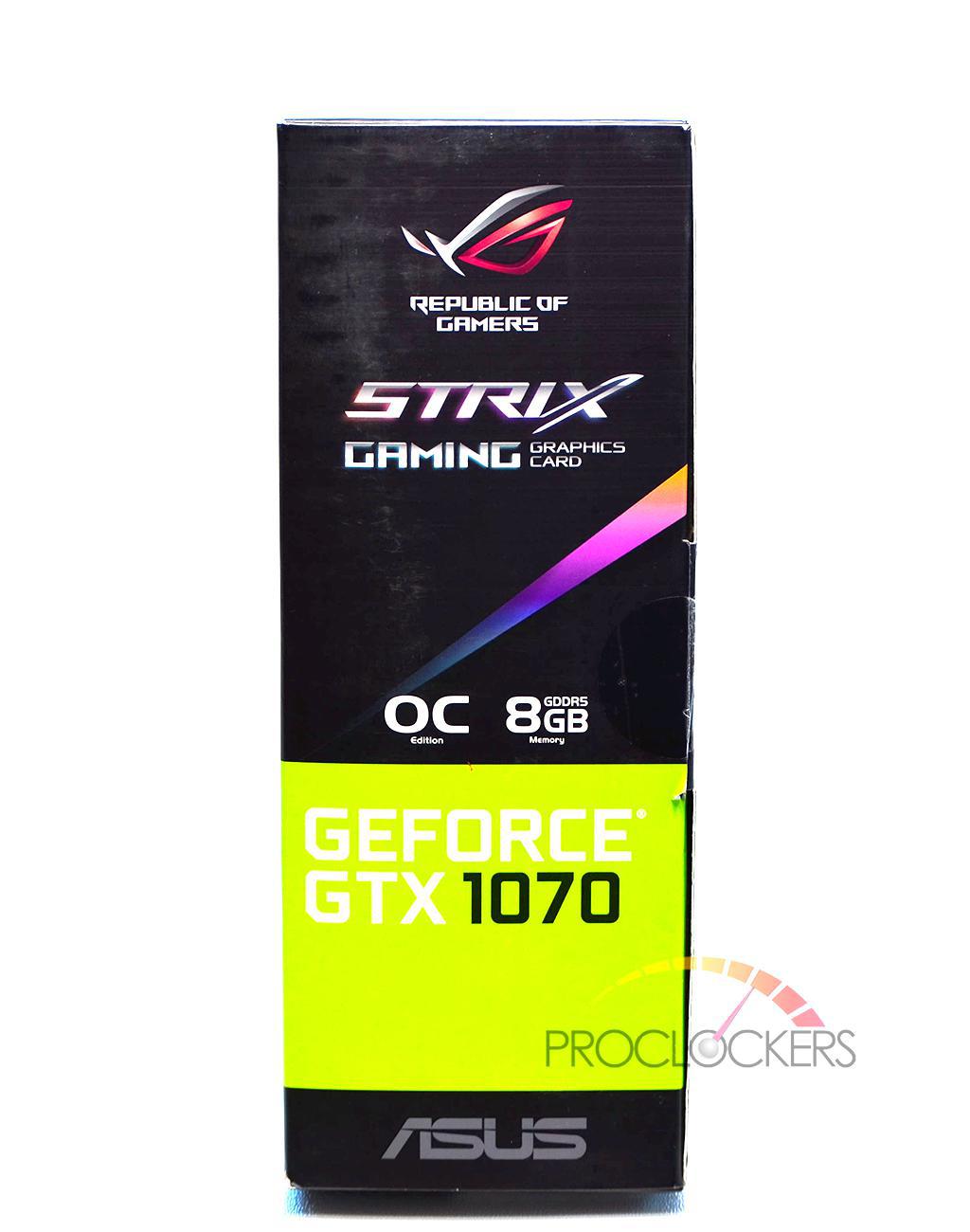 The left and right side of the box are identical. The have the ROG and ASUS logos, Strix and GeForce GTX 1070 branding.

The rear of the package has a lot of information on it. Across the top, from left to right, you first see the ROG logo followed by the STRIX Gaming Graphics Card Branding. Next is the Nvidia GTX 1070 logo and branding, followed by the mention of a 3-year warranty and the HDMI certification.

The back of the package also makes note of several key features of the STRIX 1070. Some of the features mentioned are the Direct CU III cooler with their patented Wing-Blade Fans. Also, their Auto-Extreme Technology, “VR Friendly” HDMI Ports, Asus Fan Connect, GPU Tweak II and AURA RGB Lighting. On the very bottom of the box are the main specifications of the STRIX 1070 and a depiction of the lay out of the IO of the card. 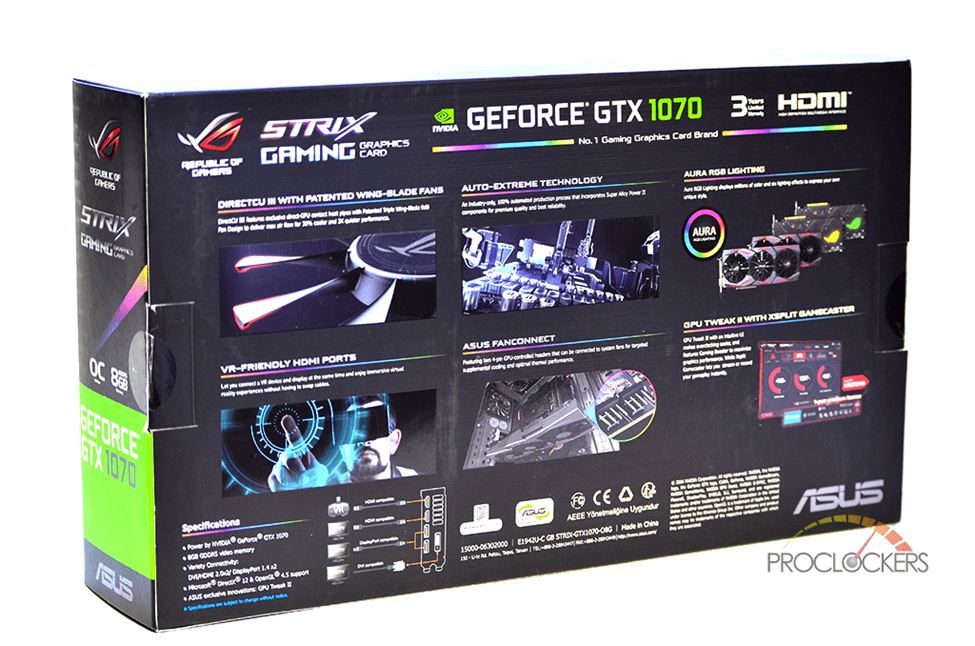 The rear of the box had depiction and descriptions of several the main features of the STRIX 1070. 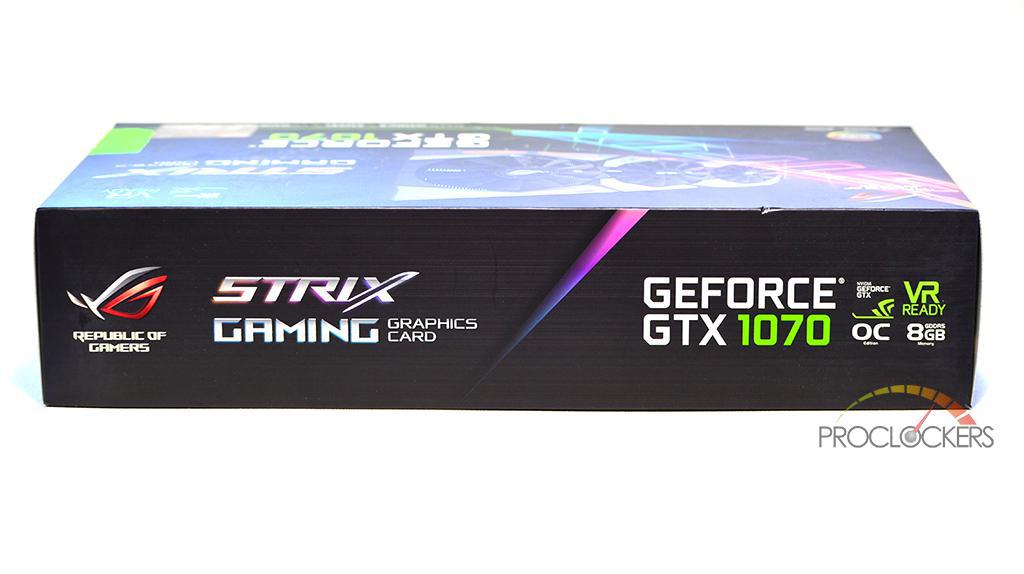 From Left to right, The top of the box has the ROG logo and Strix branding, and the GeForce GTX 1070 branding.

The bottom lists the Recommended System Requirements in several languages. This is also where you’ll find information such as model and serial numbers and the UPC code.

The Top of the box has the distinct ROG logo and Strix product branding to the left. To the right, The GeForce GTX 1070 branding, along with a bit more information. Such as it being the OC Edition, and having 8 GB of VRAM. The very bottom of the box has the recommended system requirements in several languages. To the far right, you see the UPC code, model and serial number. Both the left and right sides of the box are the same. The have the ROG logo and Strix branding near the top. In the middle, you see the OC edition and 8gb features. Lastly are the GeForce GTX 1070 branding and the Asus logo. 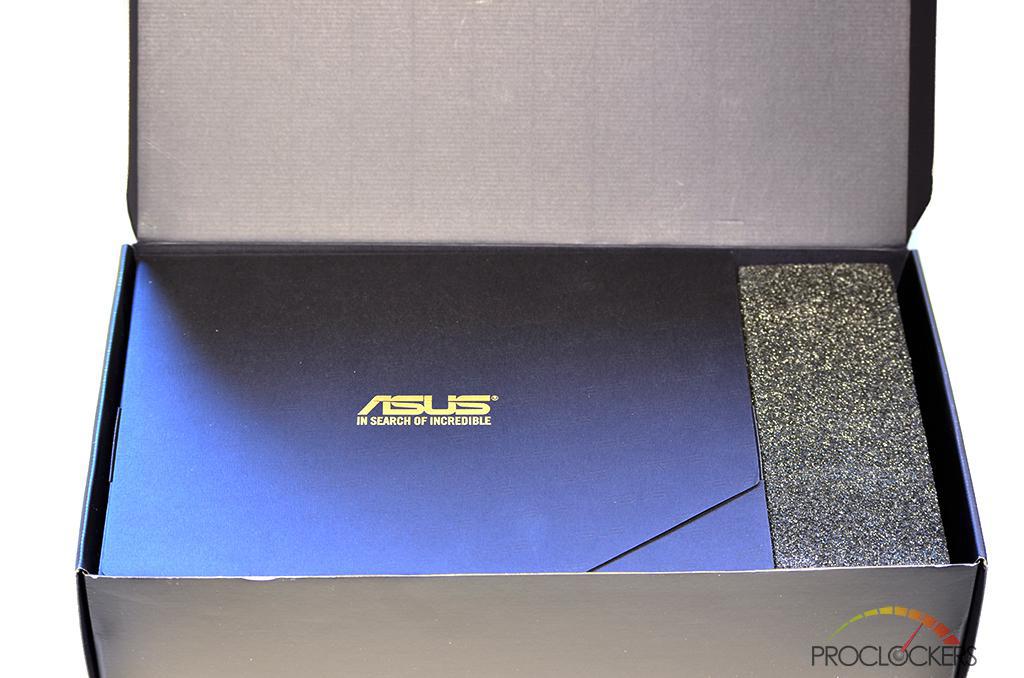 Both the accessory box and GPU come packed in soft foam. 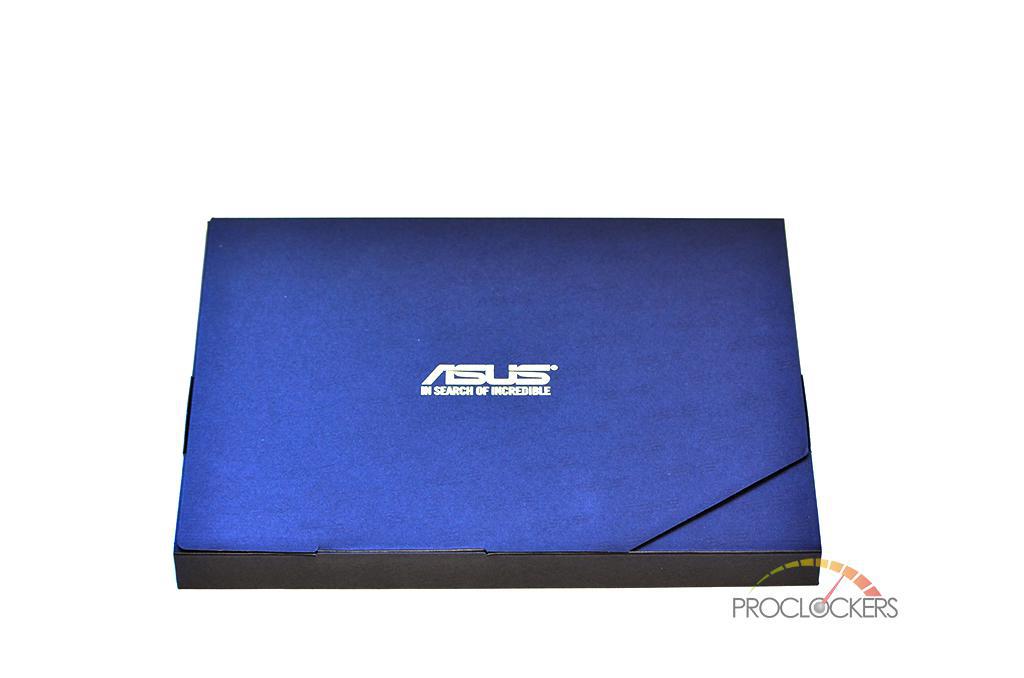 The smaller box with Asus printed on it is where you’ll find any accessories. 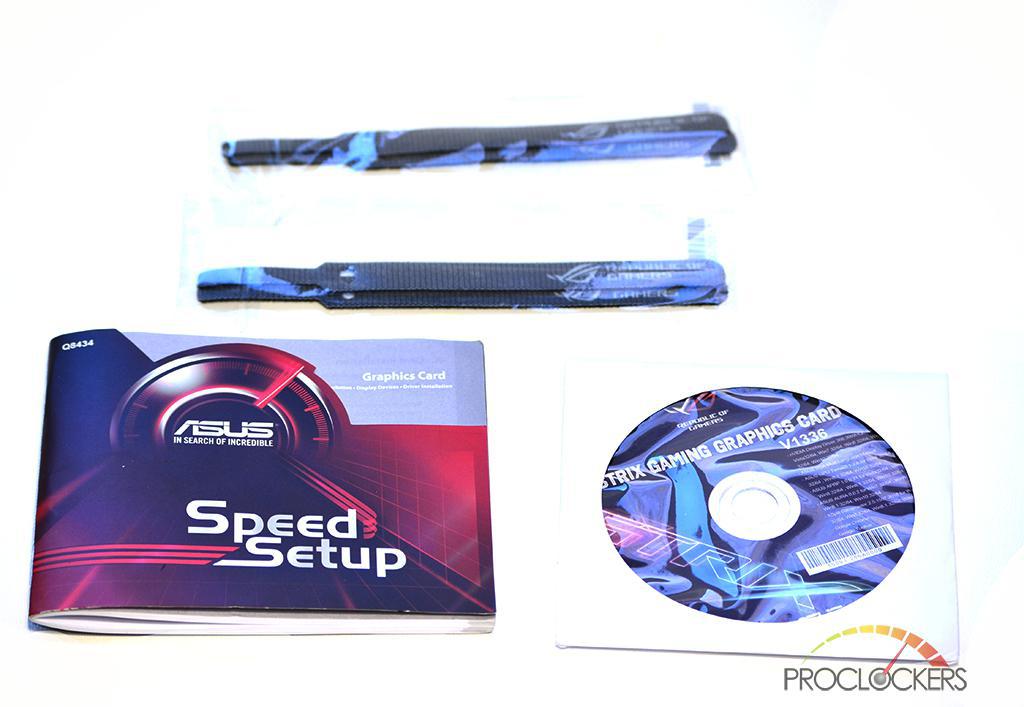 The Accessories include a driver disk, user manual and Velcro straps. 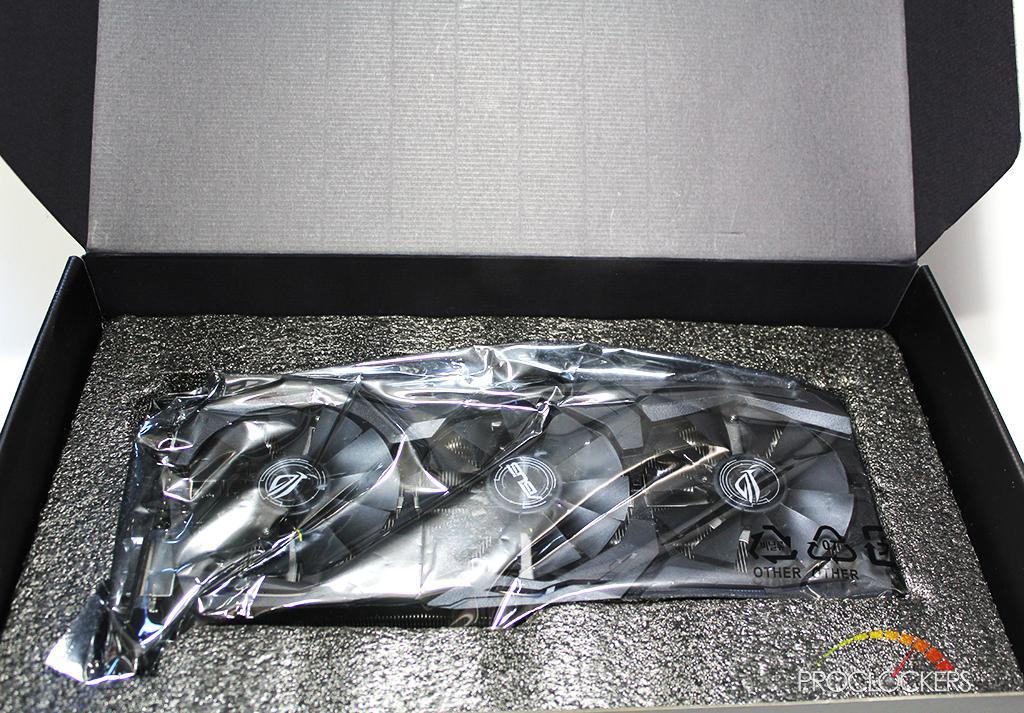 The card comes wrapped in an anti-static bag and packed in soft foam.

When first opened, you see the inner box and the word “STRIX” printed on the side. When you slide out the inner box and open it, you find a sheet of soft foam covering a small box with the Asus logo printed on it. This box contains the user manual, driver disk and a few Velcro straps to help with cable management. Under this box, as well as a small block of soft foam, we find the STRIX 1070 wrapped in an anti-static bag and in cased in soft foam.