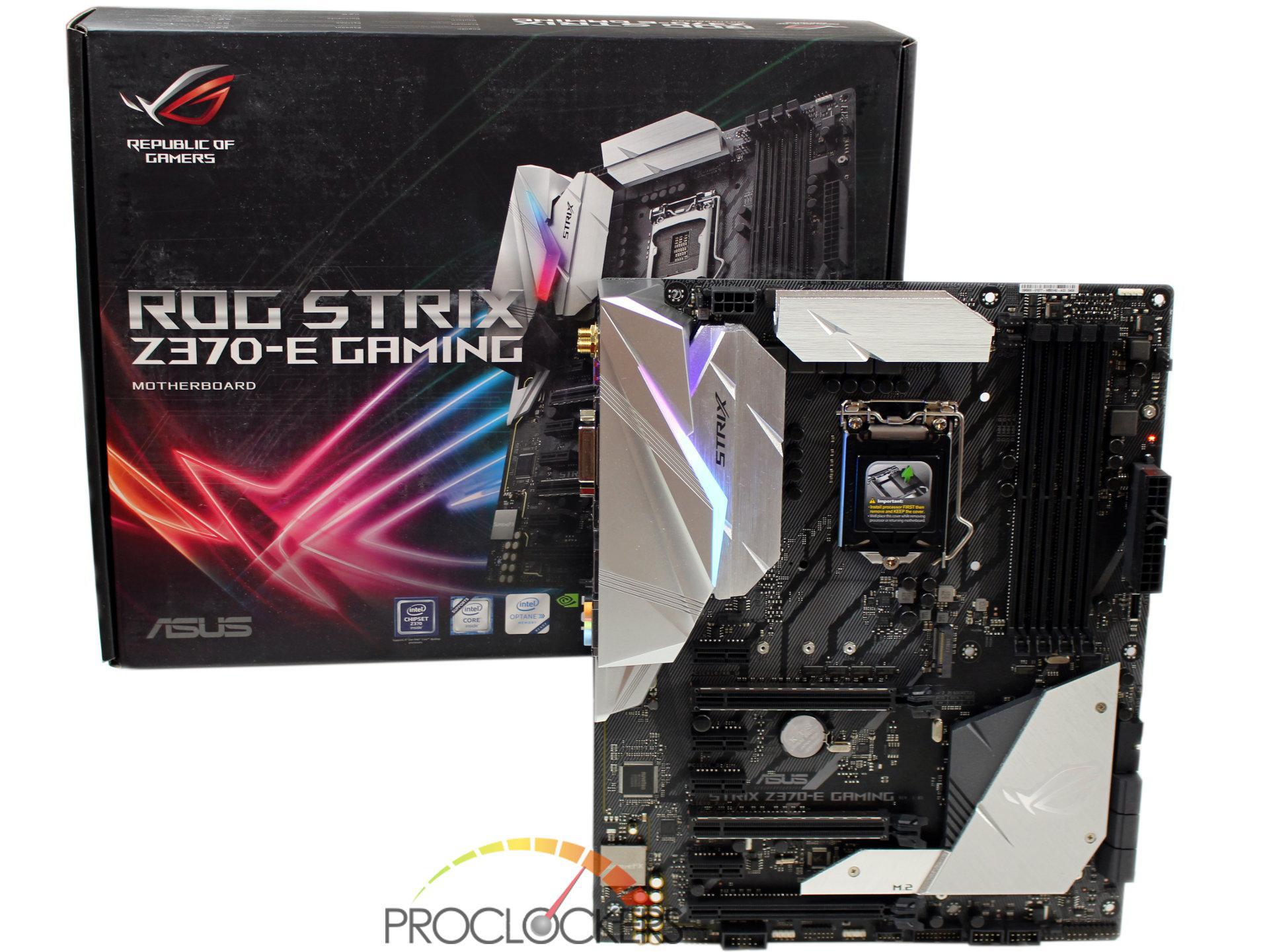 Taken from the ancient Roman and Greek word for owl, Strix means the keenest hearing and sharpest eyesight. The ROG STRIX Z370-E Gaming brings the very best Audio and Gaming features, along with overclocking and cooling innovations to Intel’s 8Th generation platform to dominate your game. With silver accented heatsinks and aesthetics inspired by the sharpest blades, you can look great while decimating your digital foes.

ProClockers would like to thank ASUS for sending the ROG STRIX Z370-E Gaming over to check out!

With aesthetics inspired by the sharpest blades and premium colorways to match any mood, the all-new ROG Strix Z370 motherboards are ready to do battle — and infused with all the essential ROG engineering needed to push performance as far as you dare. Ready for the latest 8th Generation Intel® Core™ processors, ROG Strix Z370-E Gaming is loaded with overclocking and cooling innovations to keep your gaming rig’s thermals in check as you turn up the clock. Factor in custom Aura RGB illumination and superior SupremeFX audio and you’ll know that ROG Strix Z370-E Gaming looks great and sounds amazing — and outperforms every expectation to dominate your game!