Removing the tempered glass side panel of the Dark Base Pro 900, we are glad to see that the black and orange color palette on the exterior is continued on the interior of the case. The interior is mostly black with the rubber components such as grommets and rubber washers being orange.

The motherboard tray supports a wide range of motherboard sizes that including small form factor boards like Mini-ITX/M-ATX all the way up larger once such as E-ATX/XL-ATX. The Dark Base Pro also has plenty of cable routing cutout around the motherboard with two at the top and bottom as well as three grommets on the right side of the tray.

Moving toward the front of the case there is a removable 5.25” drive bay in the upper section of the case. If you are going to be water cooling your case by removing this cage would give you enough move for 420mm radiators on the top and front of the case. Looking below the installed drive bay are 5 mounting points for the included two 3.5” drive cages in the accessory package. If you did want more than just the two drives you can purchase additional cages on be quiet’s website. 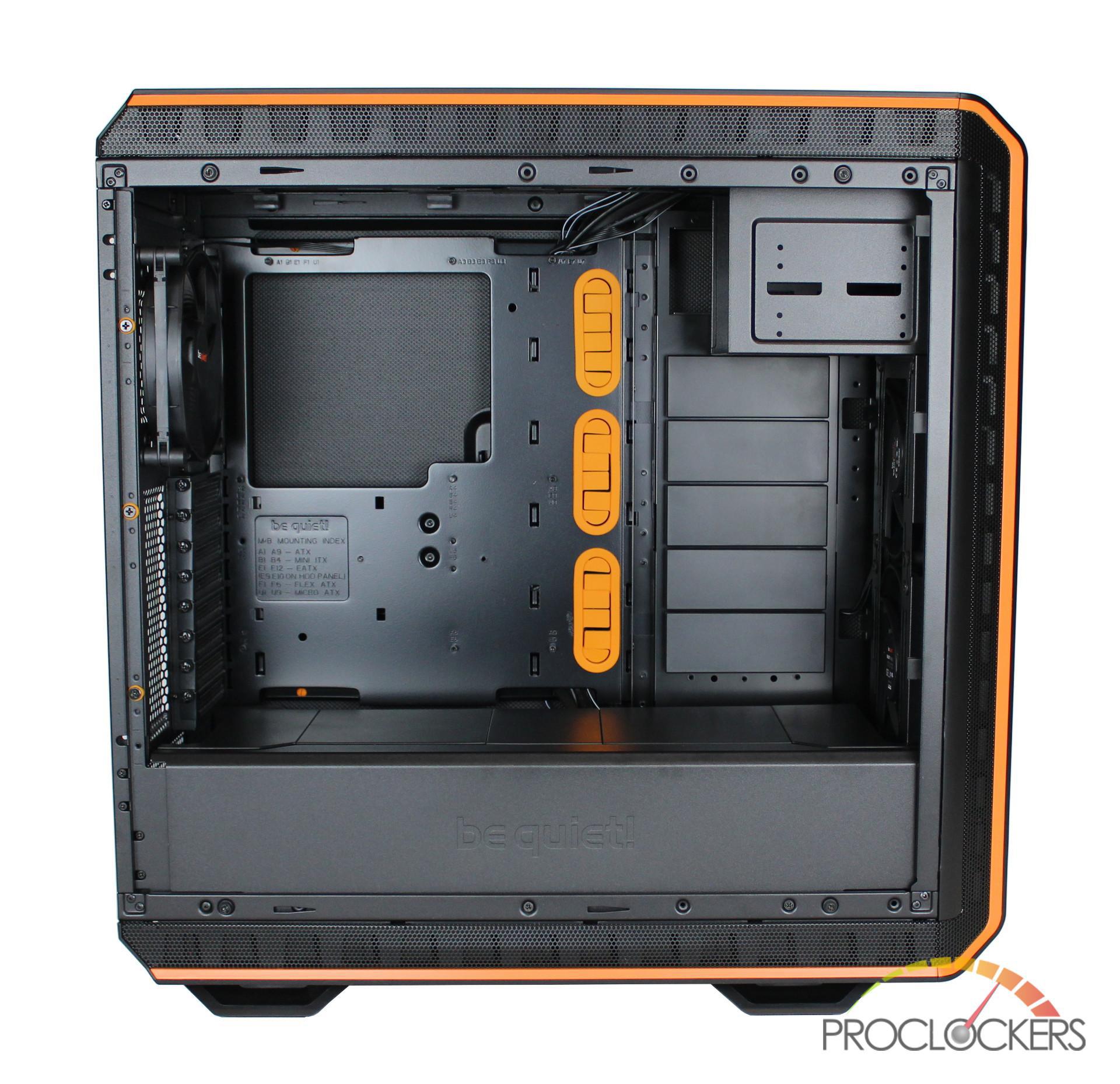 At the front of the case, we see the two installed Silent Wing 3 140mm high-speed fans which have a maximum operating speed of 1600 RPM. Even at max speed, the noise level is quite low at 28.1 dB, which is lowered even further with the sound damping material on the front door. 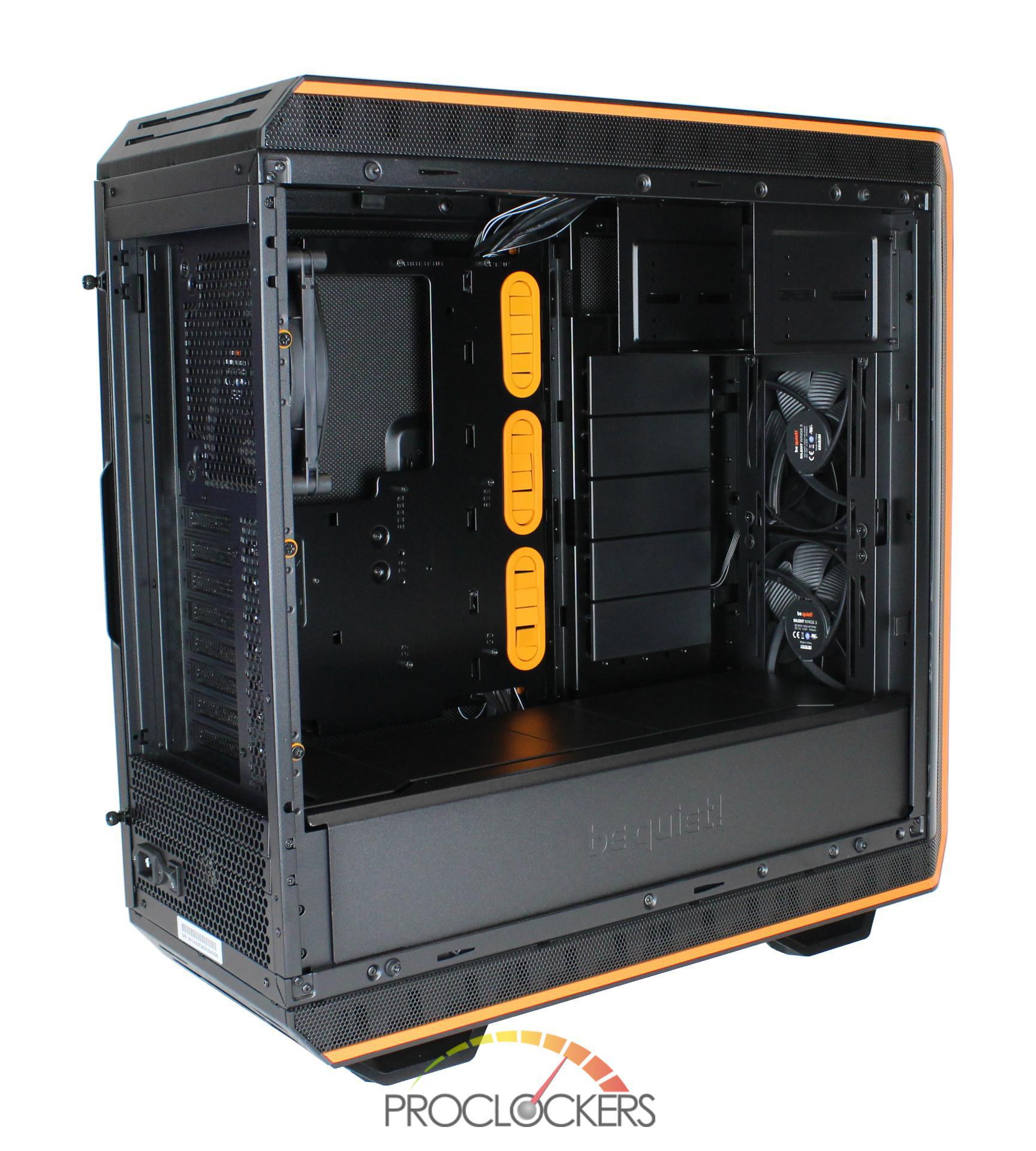 Looking at the back of the case, we have another preinstalled Silent Wings 3 140mm high-speed fan. 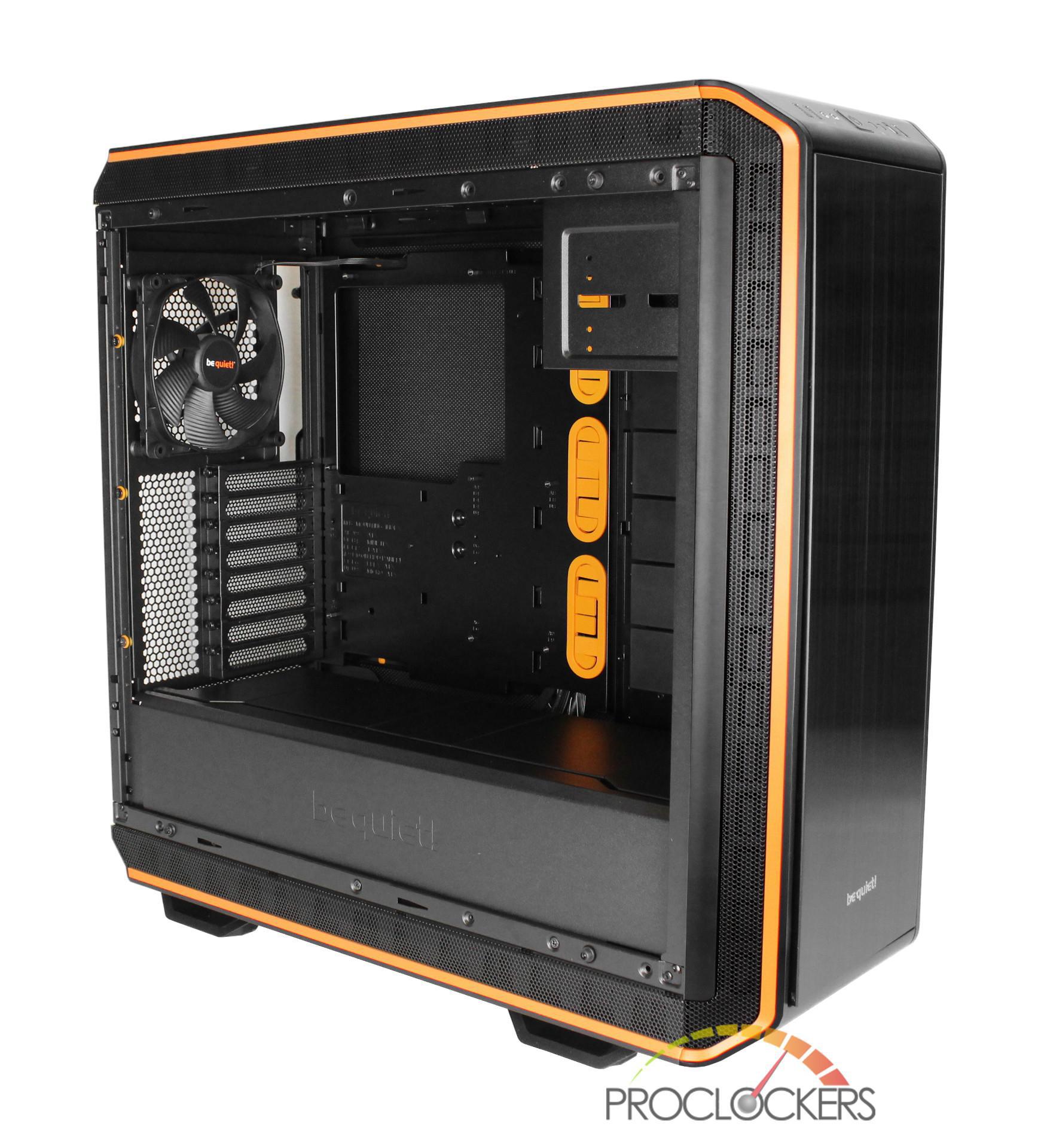 The Dark Base Pro 900 comes with a fully covered PSU shroud that also can be configured to suit your needs. By removing the plastic covers on the shroud, you configure it to add space at the front/back of the case for your radiator(s), install a 120mm fan, or mount an SSD with the included SSD mounting bracket.

Taking a look at the steel panel on the other side of the case we find more sound damping foam installed which is near the of the back of the panel. 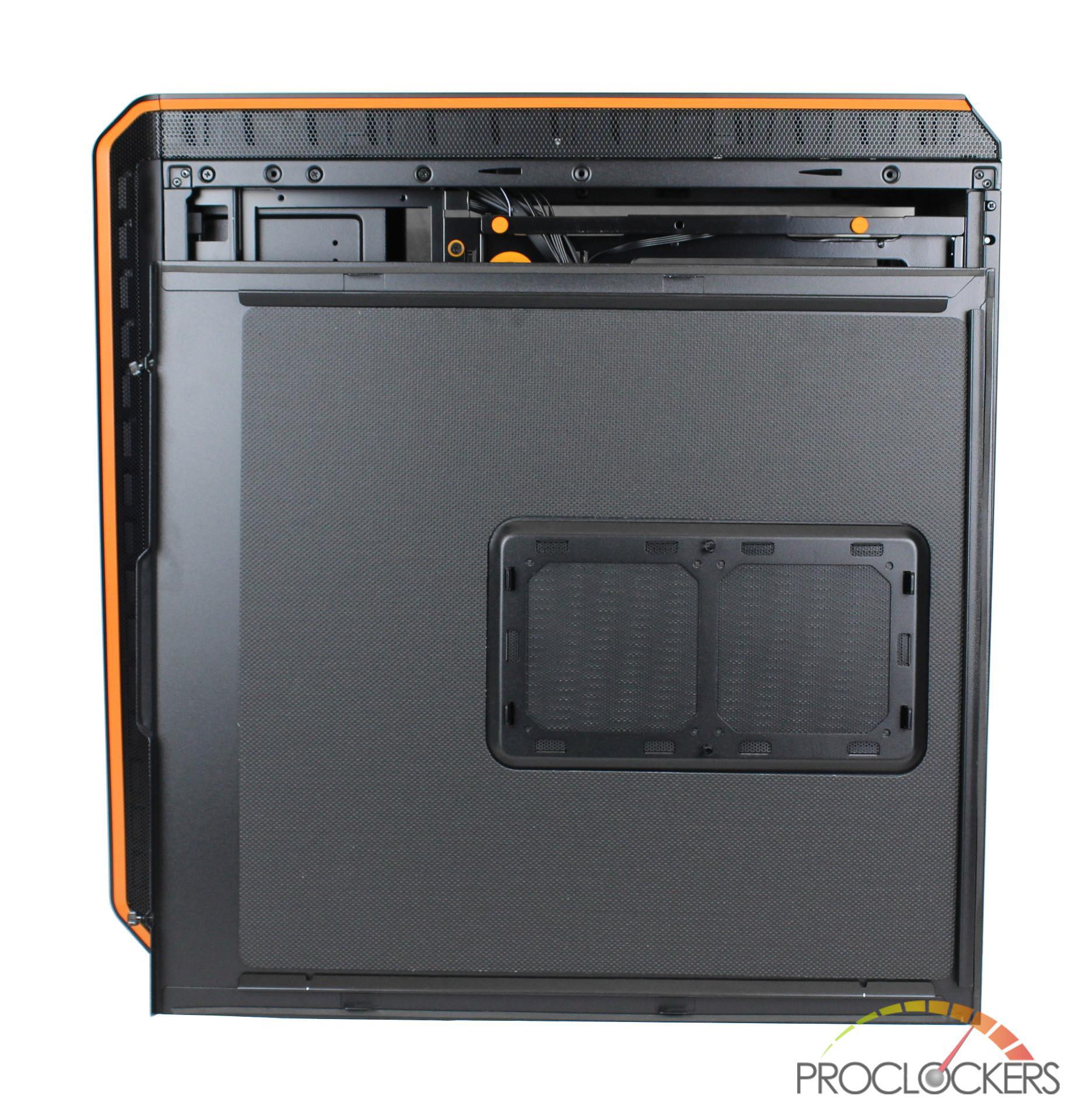 The plastic insert on the panel can be totally removed if you are in the need for more ventilation or can be slightly raised providing some airflow while maintaining the case’s silent profile. 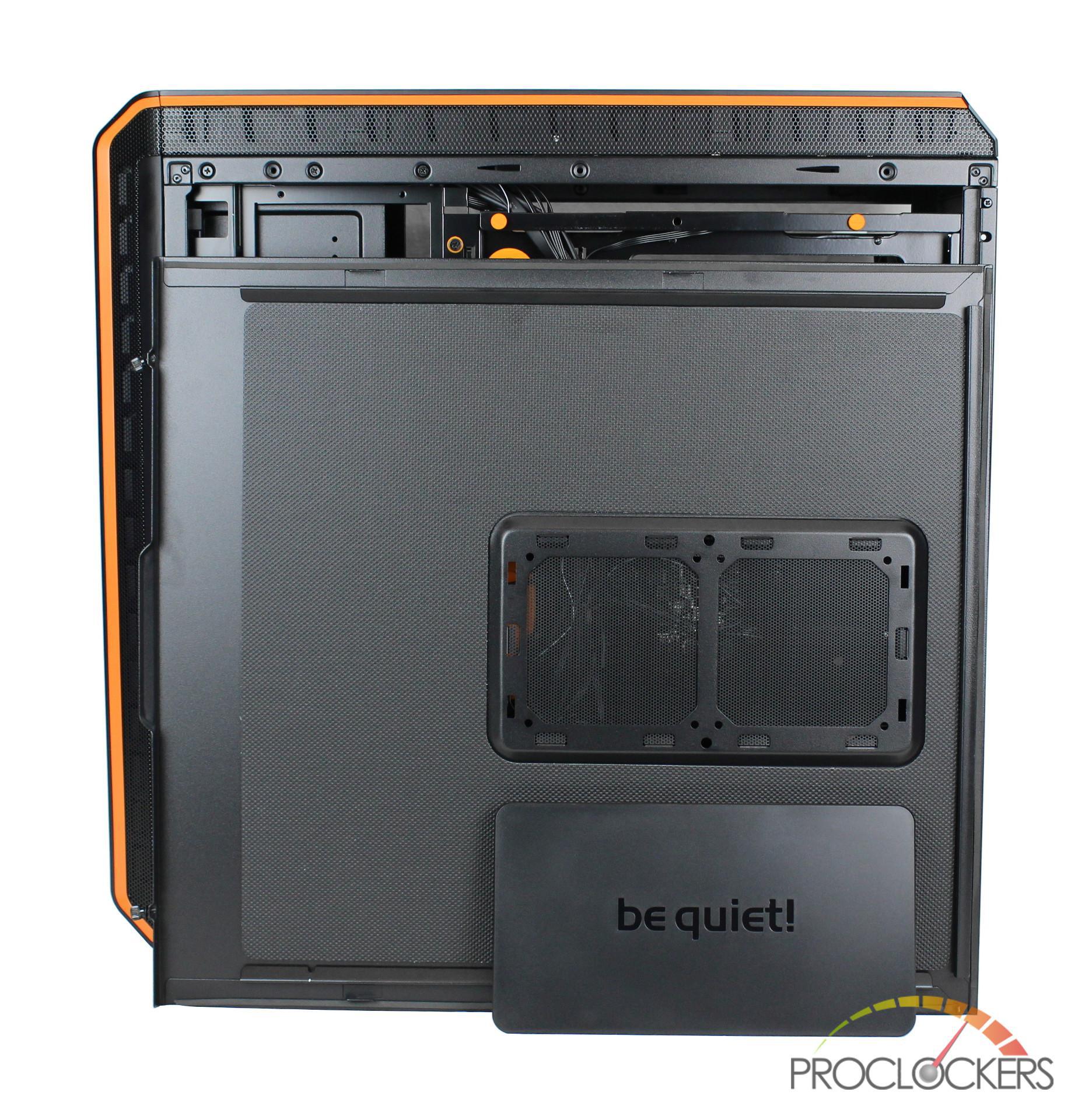 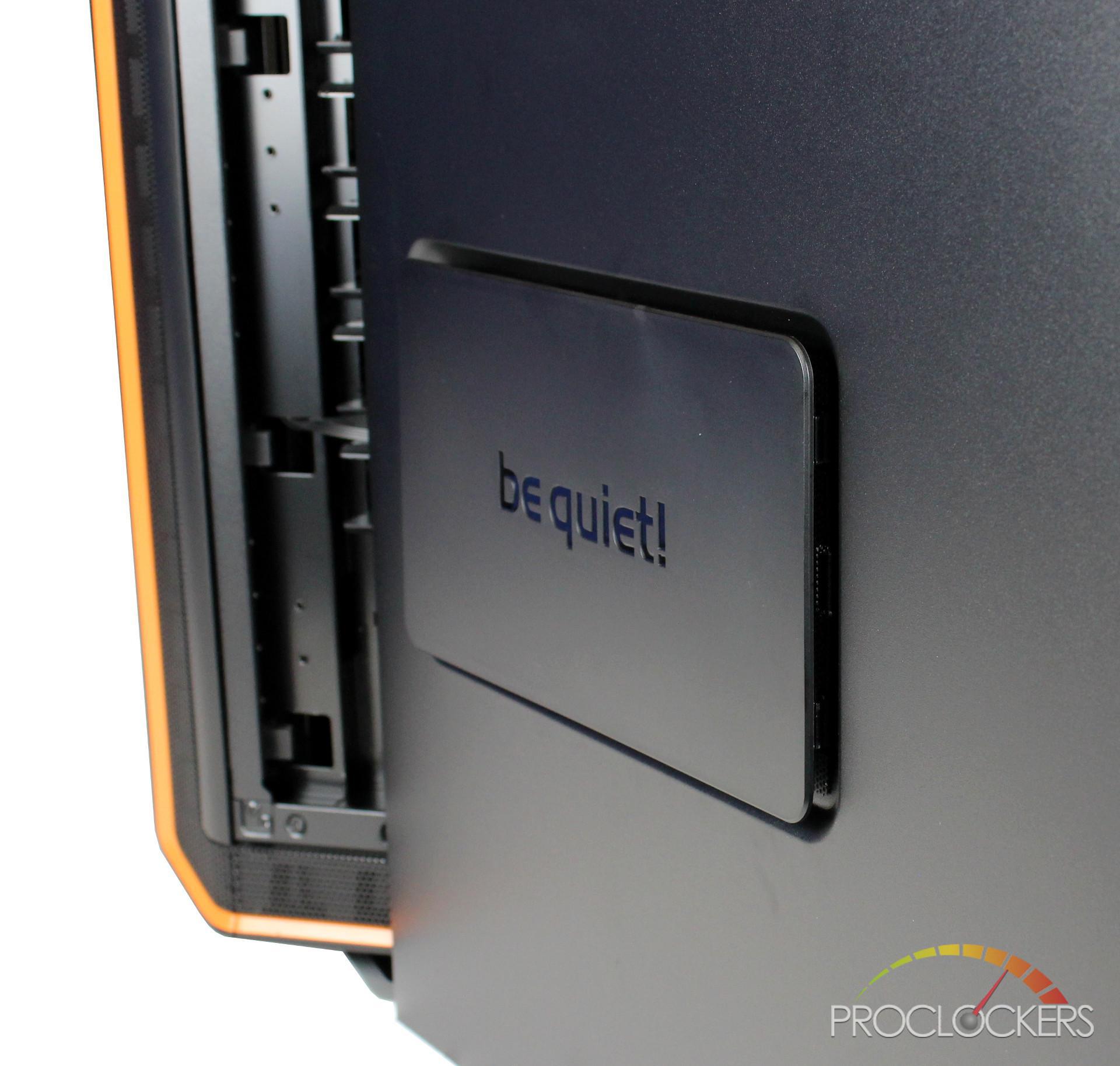 Attached behind the motherboard tray is be quiet’s dual-rail fan controller as well as a single SSD mounting bracket. Below the tray is a large area where your PSU gets installed that is attached to the case via a mounting bracket that locks into place on the bottom of the case. Since the Dark Base Pro has its own plug at the back, you will need to make sure to plug in the cable to provide power to your PSU. 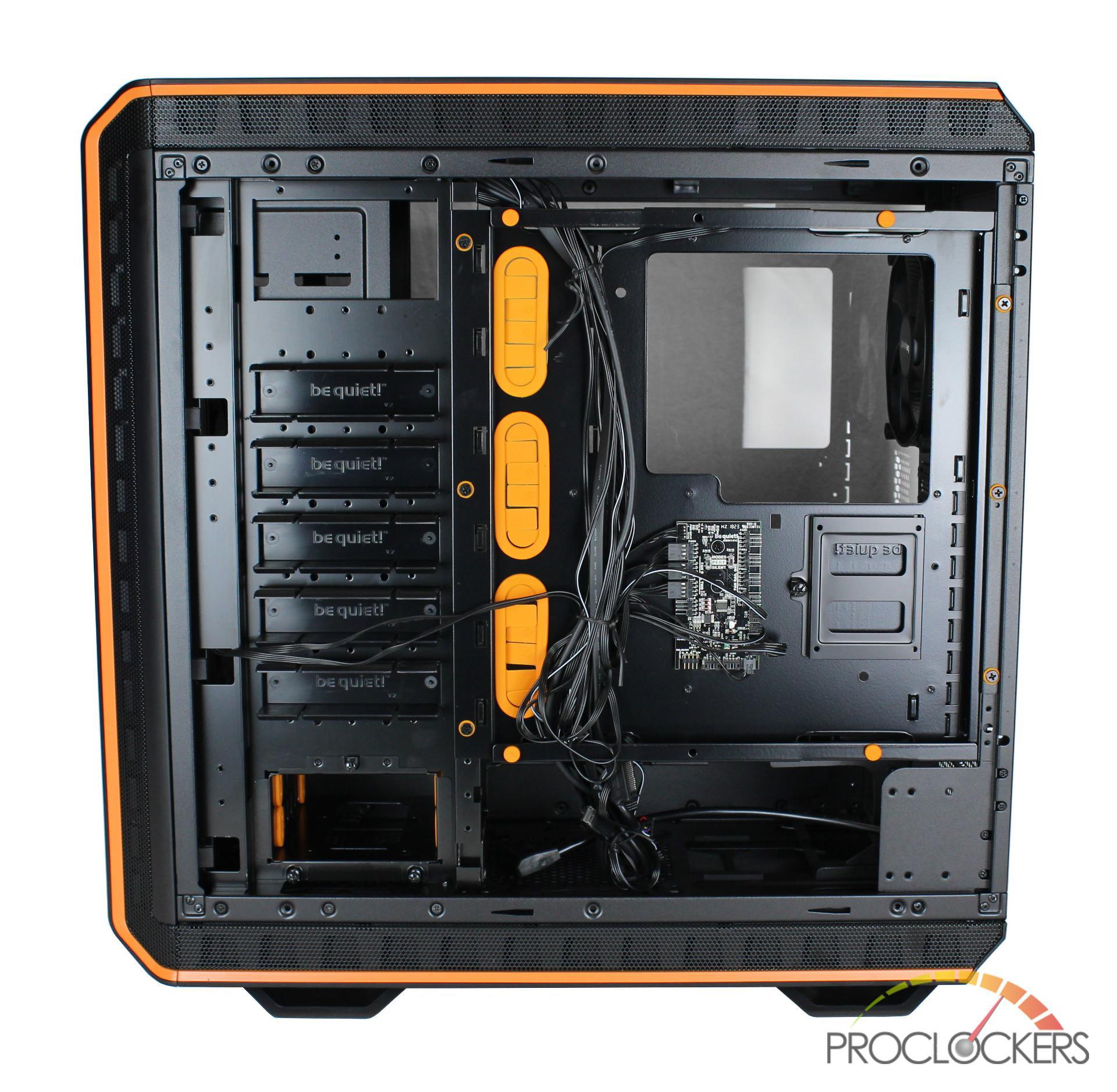 The included fan controller can have a total of 8 fans attached to it being split up into 2 channels of 4 fans. Each of the channels can be set independently into silence or performance mode using the front panel switch. The controller also contains connections for up to two 12v LED strips and can be synced with your motherboard using the RGB header or controlled using the LED switch on the I/O panel. 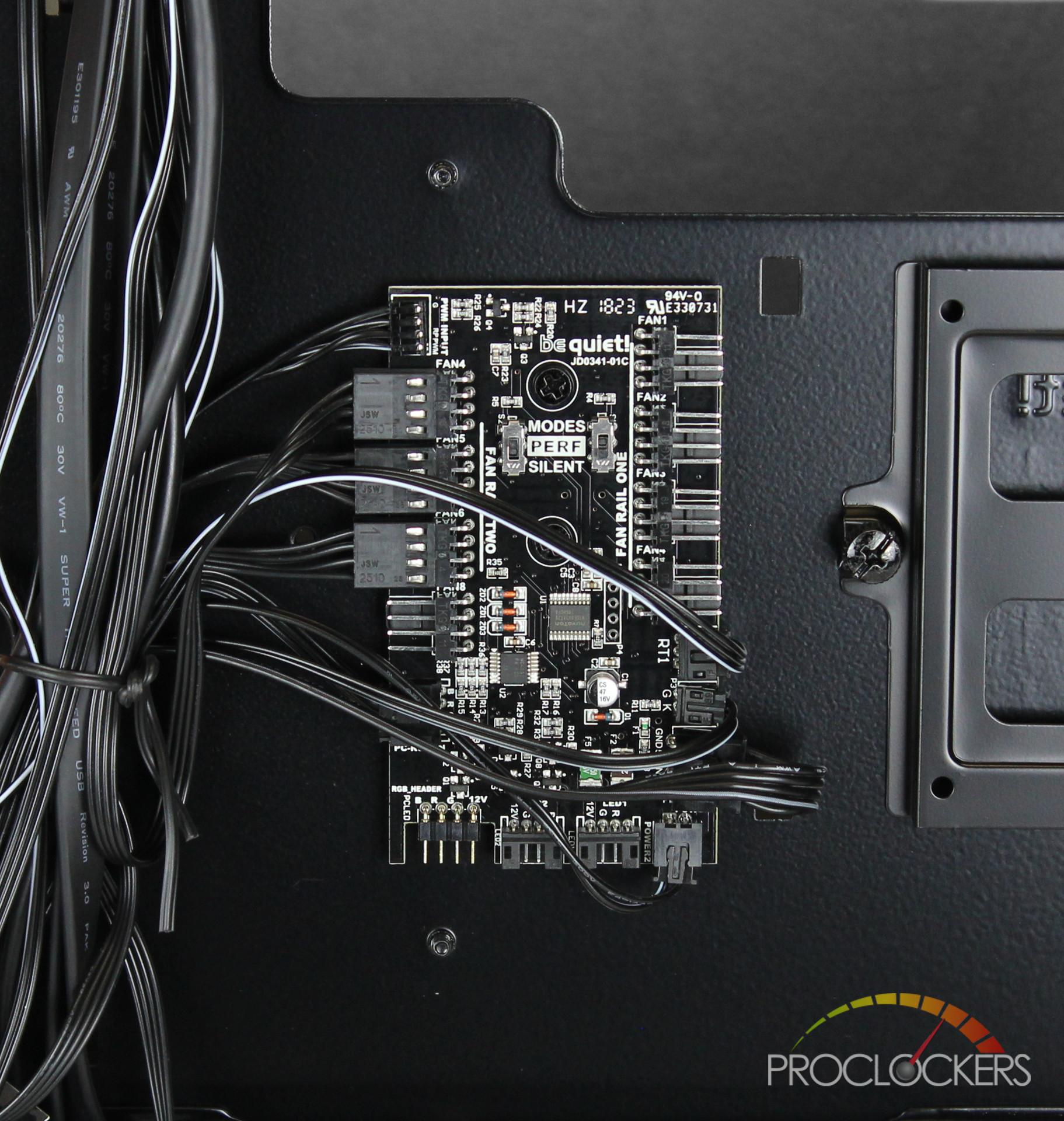 In the lower-left corner is a removable HDD cage with more room for an additional two 3.5” drives. 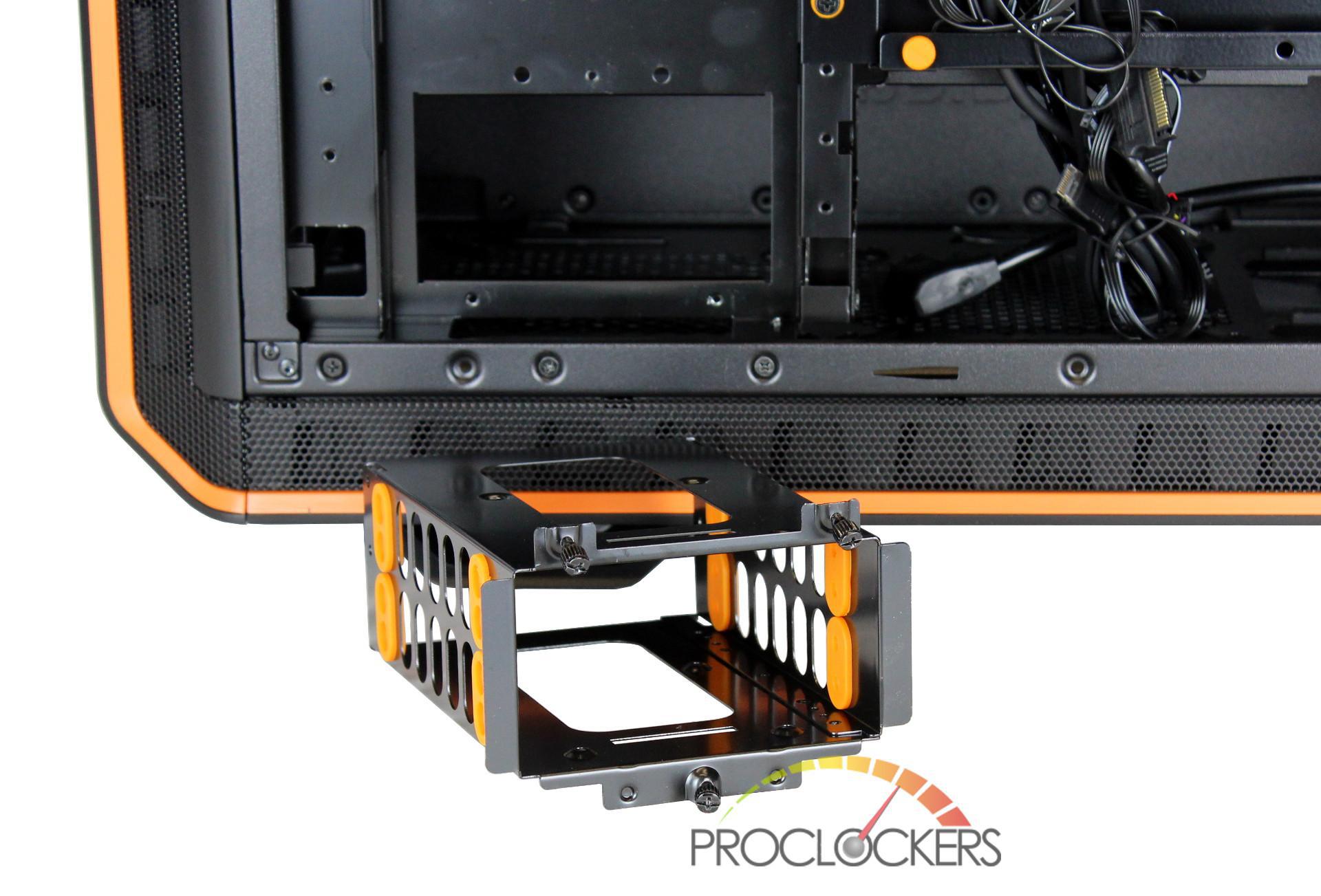