A Closer Look: Configuring the Case

As mentioned in the introduction, the Dark Base Pro 900 rev. 2 is a highly customizable case. Do you need more room for a radiator up top? No problem, you can easily position your motherboard lower like in the photo below. This is done by moving around various small plates at the back of the case and adjusting the motherboard to the new height. That isn’t the only trick up its sleeve as the Deep Base Pro 900 can also be fully inverted.

Before I started the journey of inverting the case, I went on be quiet’s website and download the instruction manual. After taking a look at it, I found that the diagrams were quite hard to follow so I decided just to proceed to try and figure it out myself. After I completed the transformation of the Dark Base Pro 900 myself, I did find a video on their website that did a great job going through the process step-by-step: (https://www.youtube.com/watch?v=LNP3R1LZqQo). 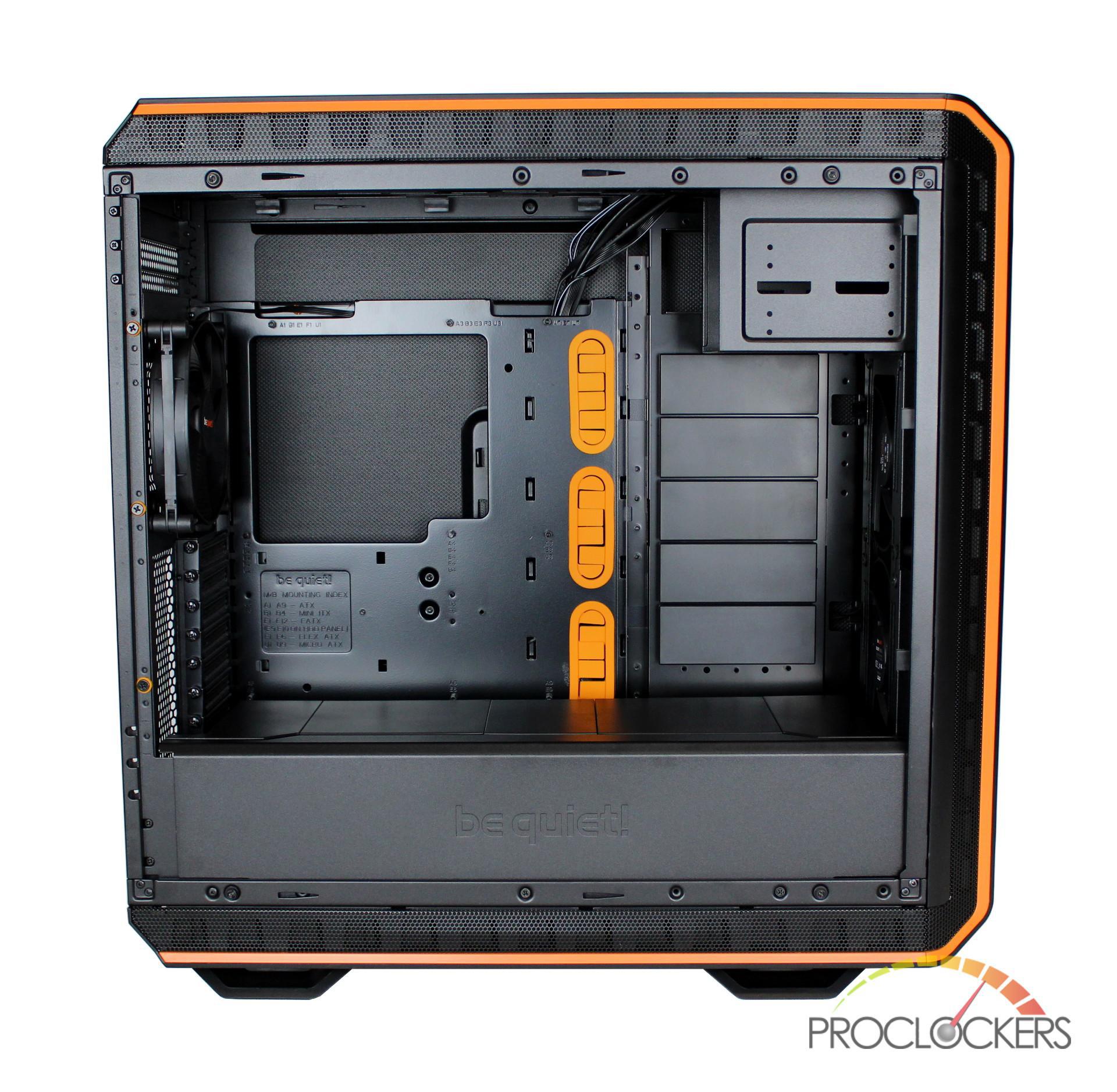 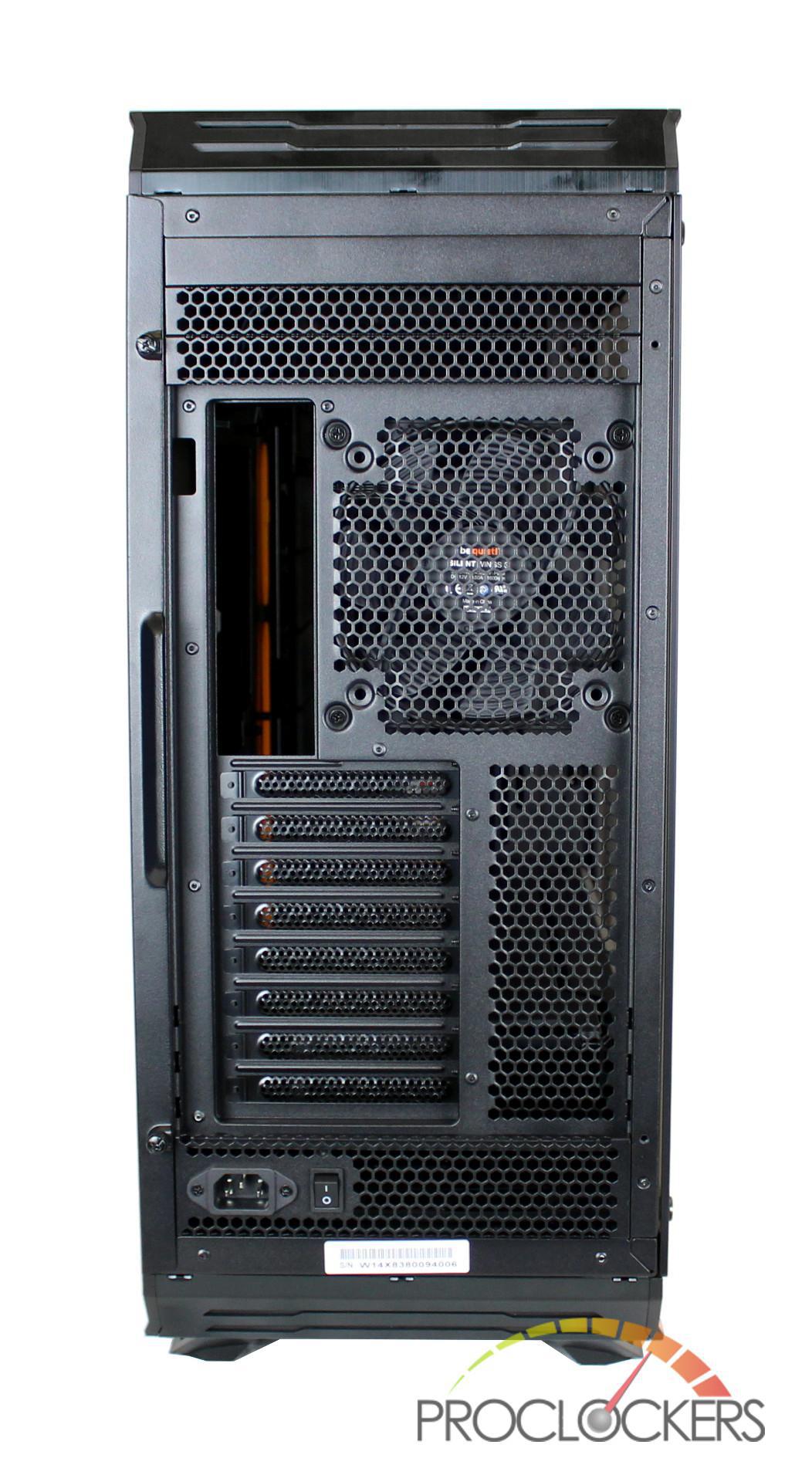 The first step to inverting the Dark Base Pro 900 is pretty much removing all the internals one-by-one. We start the process with completely detaching the motherboard tray from the system by taking out the 9 screws holding it in position. 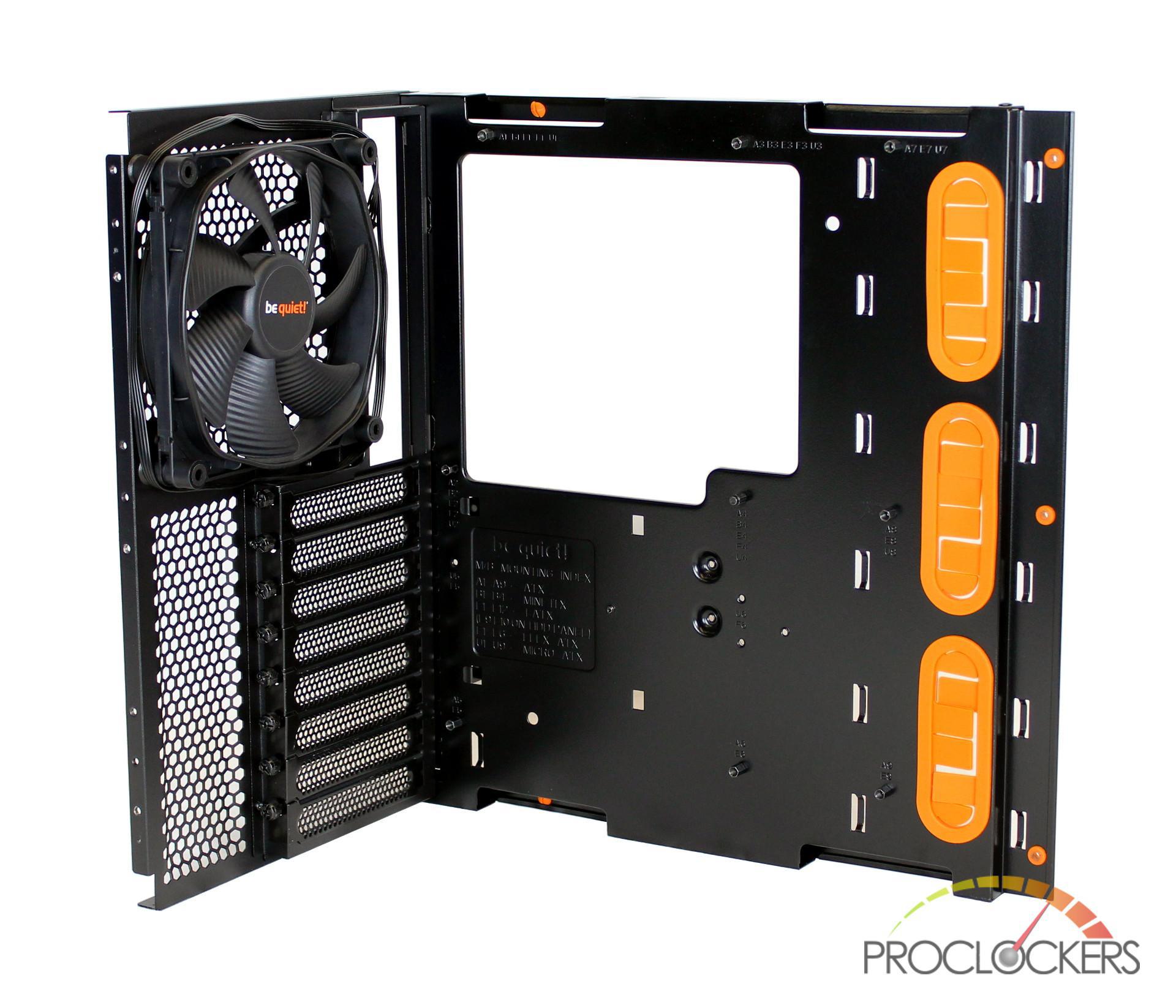 With the motherboard tray out of the way proceed removing the following items in order: bottom filter, front panel, PSU shroud, and the HDD cage mounting bracket. 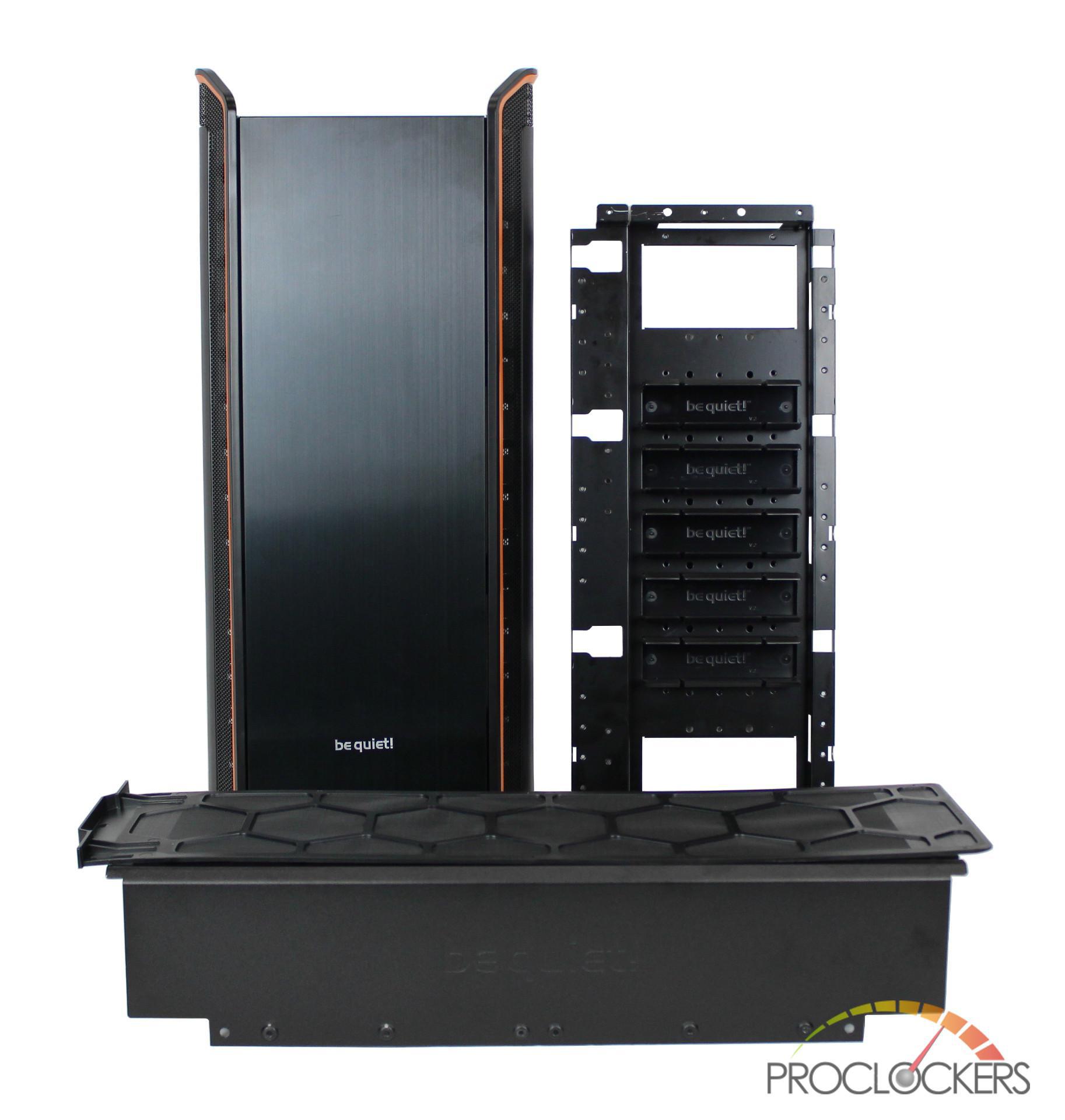 With all those items removed, you now pretty much have an empty shell with the exception of the top panel. Even though it’s not required to remove the top panel, I would highly recommend you do it. I personally didn’t take it off and it was a little bit of a hassle managing the cables while inverting the rest of the components. 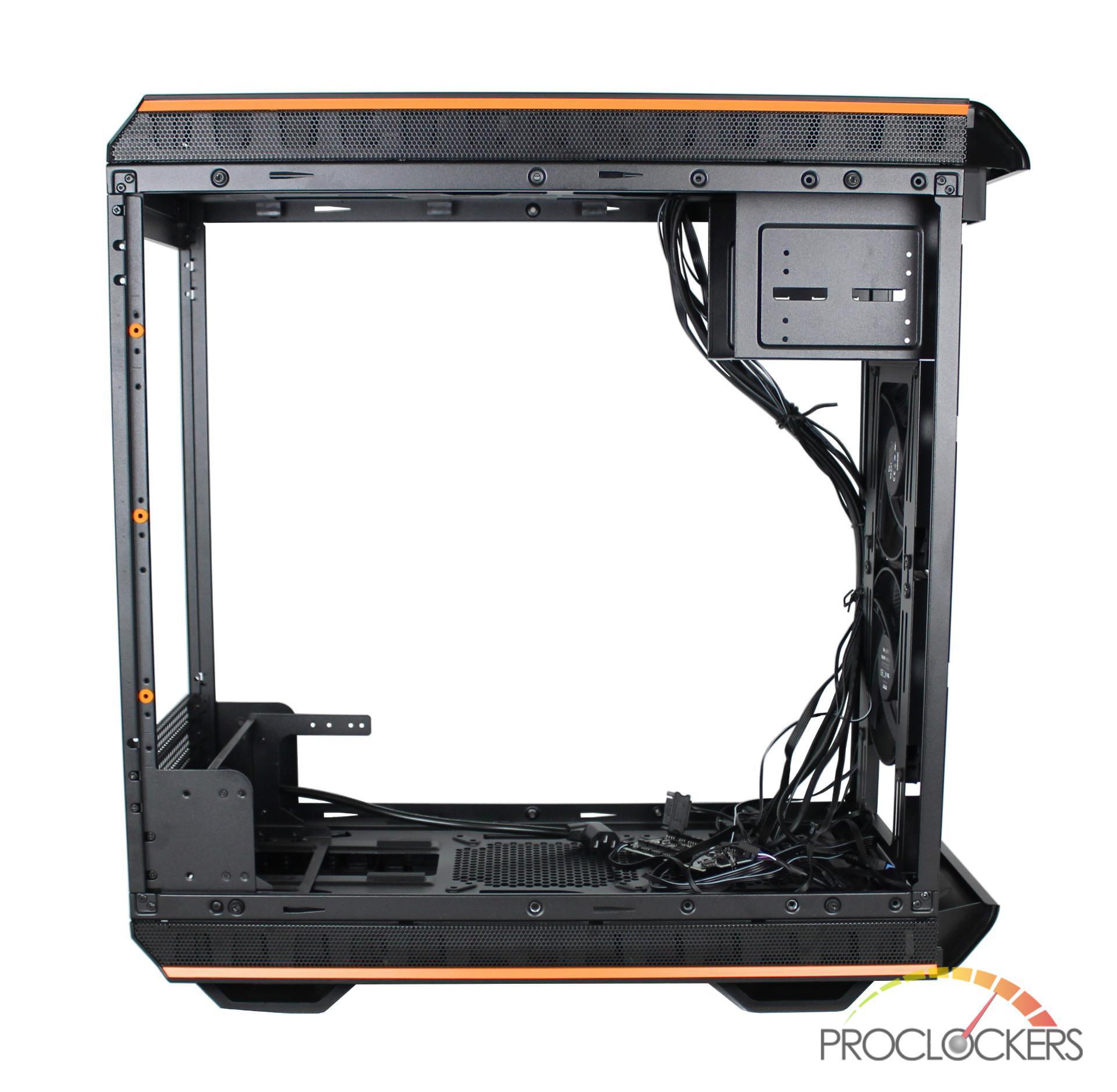 Before reattaching the PSU bracket, you must swap the small attach plate and move it to the other side of the bracket. 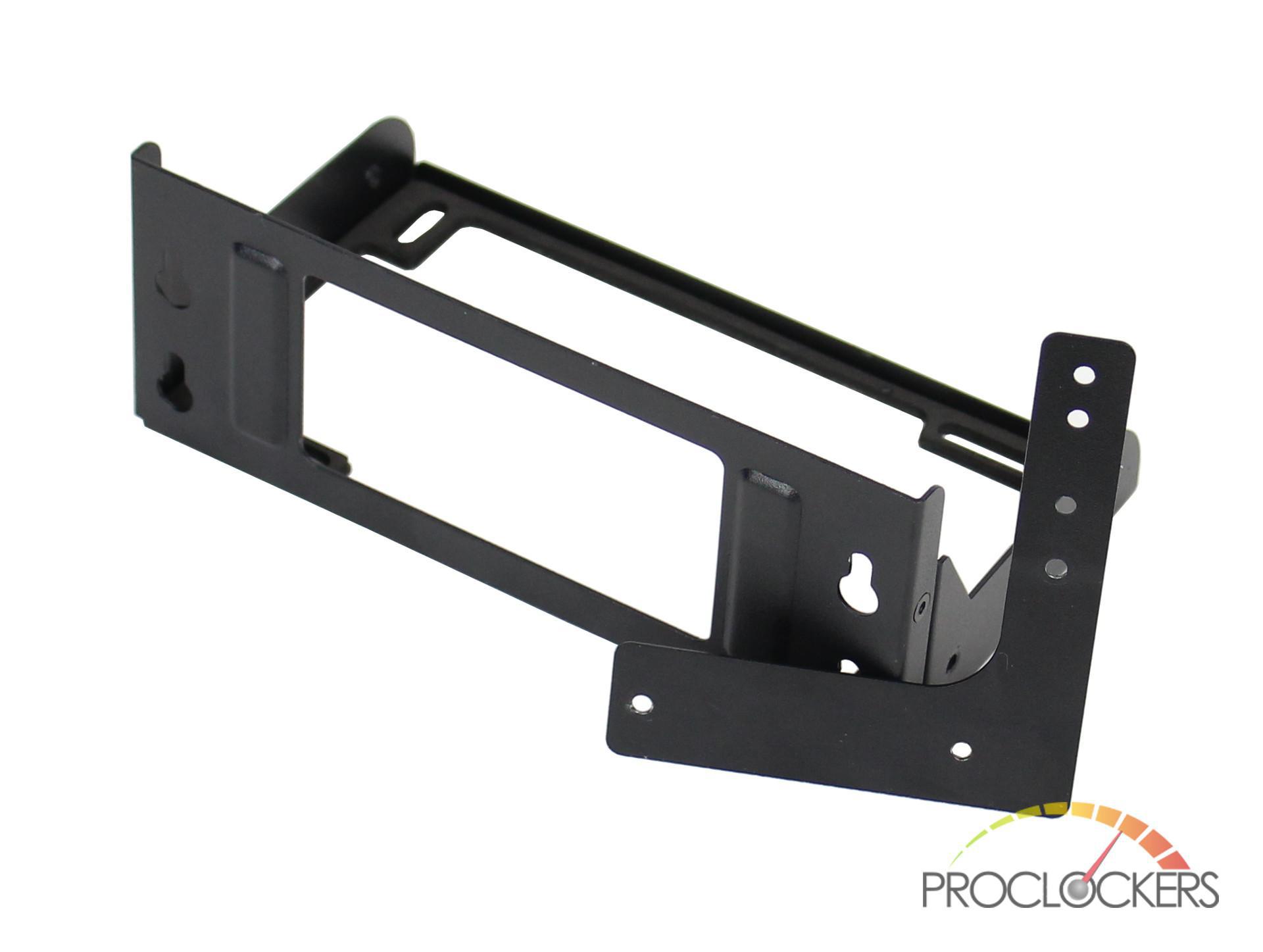 Looking at the back of the PSU shroud, we need to swap the support arm’s position to the other side of the shroud.

Something I overlooked during the process of inverting the case was the tempered glass mounting points. These need to swap to the opposite side of the case and can be done using a flat-head screwdriver. 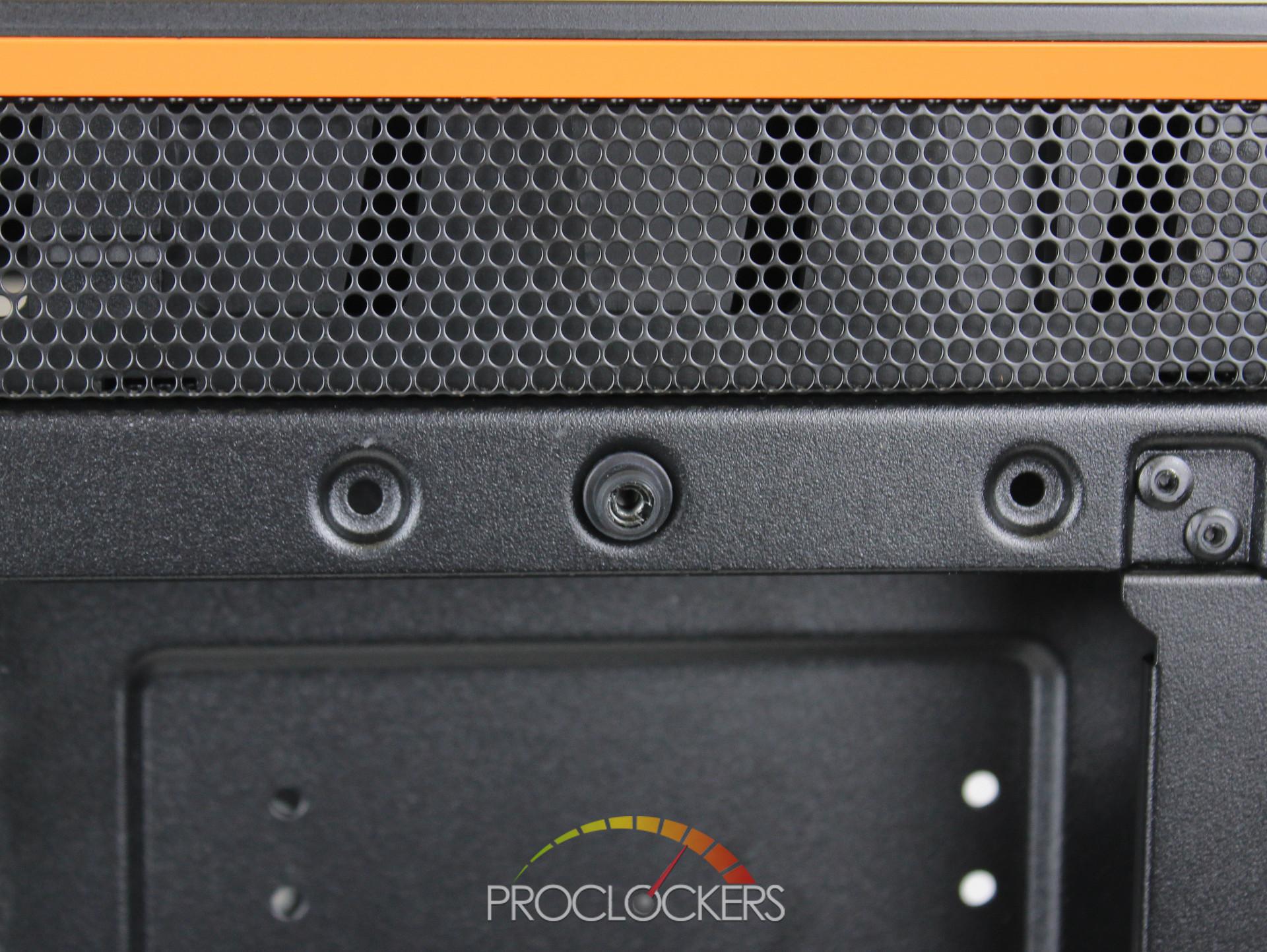 The last items on the main case that needed to be switched were the orange pads for the motherboard tray.

Now that all the interior components have been adjusted, the last component that needs to be switched is the direction in which the hinged door opens. This can be done by swapping the sides hinge/magnet attachments on the front panel and doing the same process on the door itself. 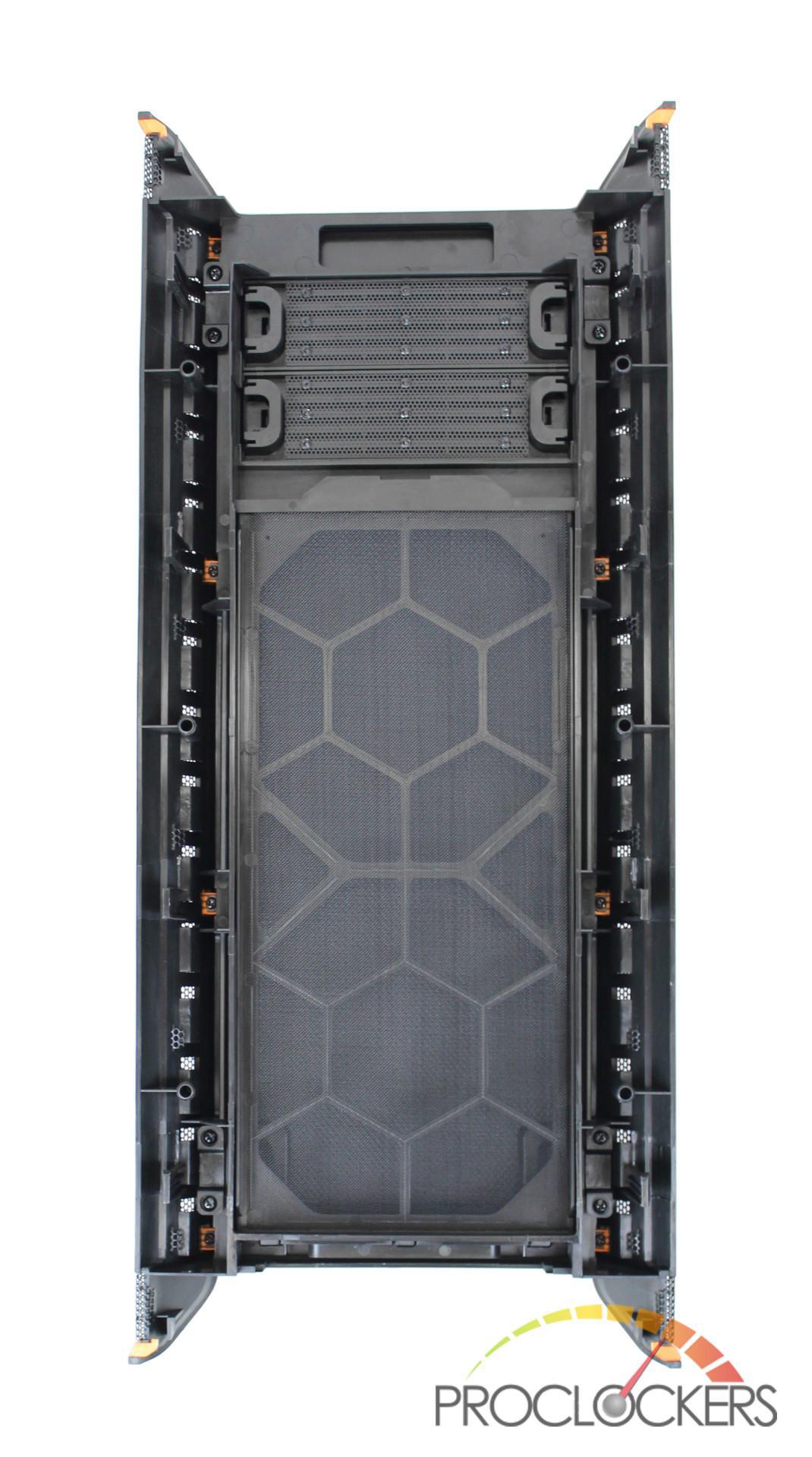 Once all the modifications that needed to be done were completed, I proceeded to put the case back together in reverse order of its disassembly. After a total of 55 screws, the Dark Base Pro 900 has been successfully inverted. This was quite the process and took approximately 2 hours start to finish but the end result is simply amazing. Personally, I have always wanted to do an inverted build, but it will take some getting used to having the tempered glass panel on the right side of the case. 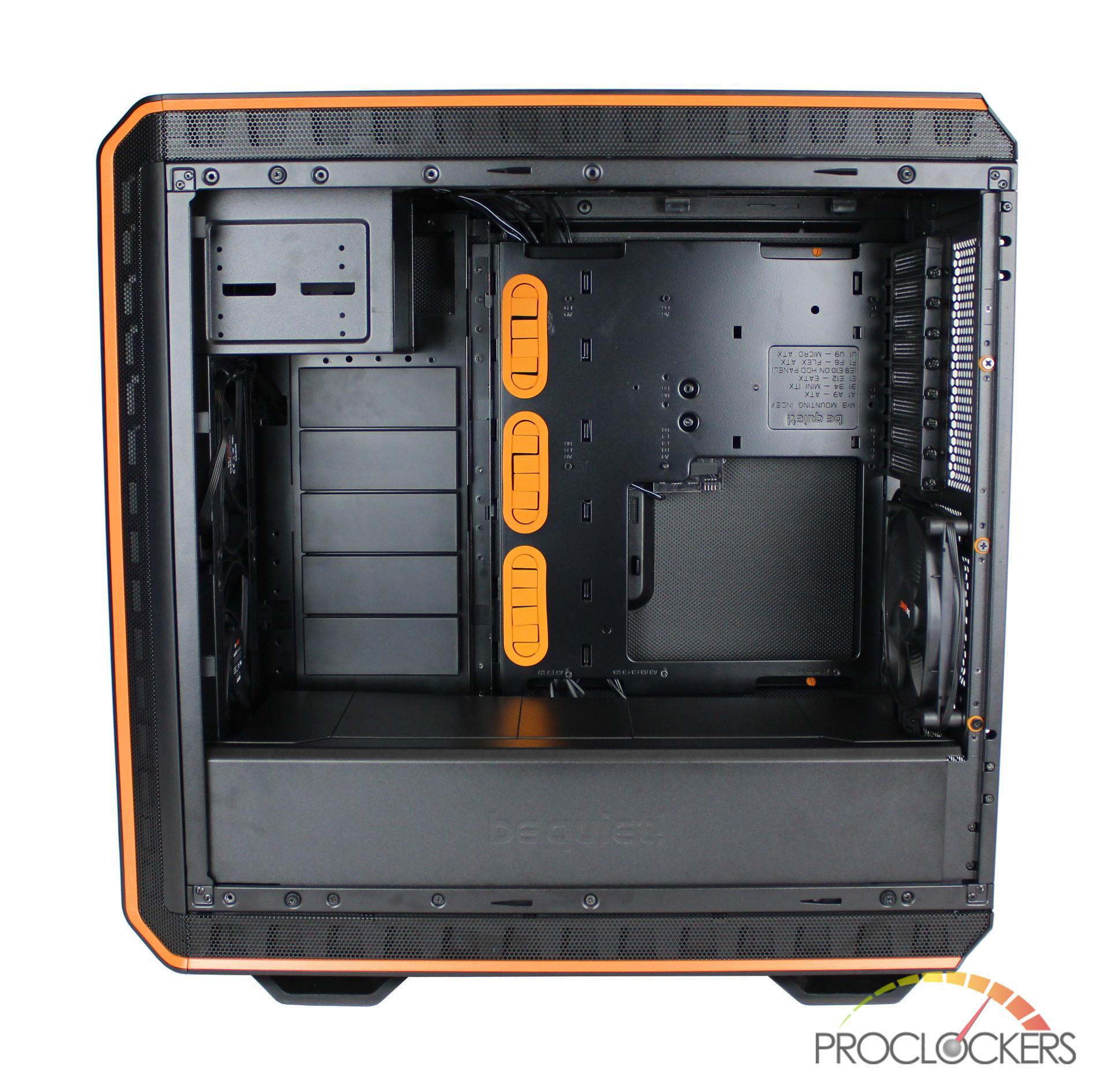 The door of the Dark Base Pro now swings to the left instead of the right. 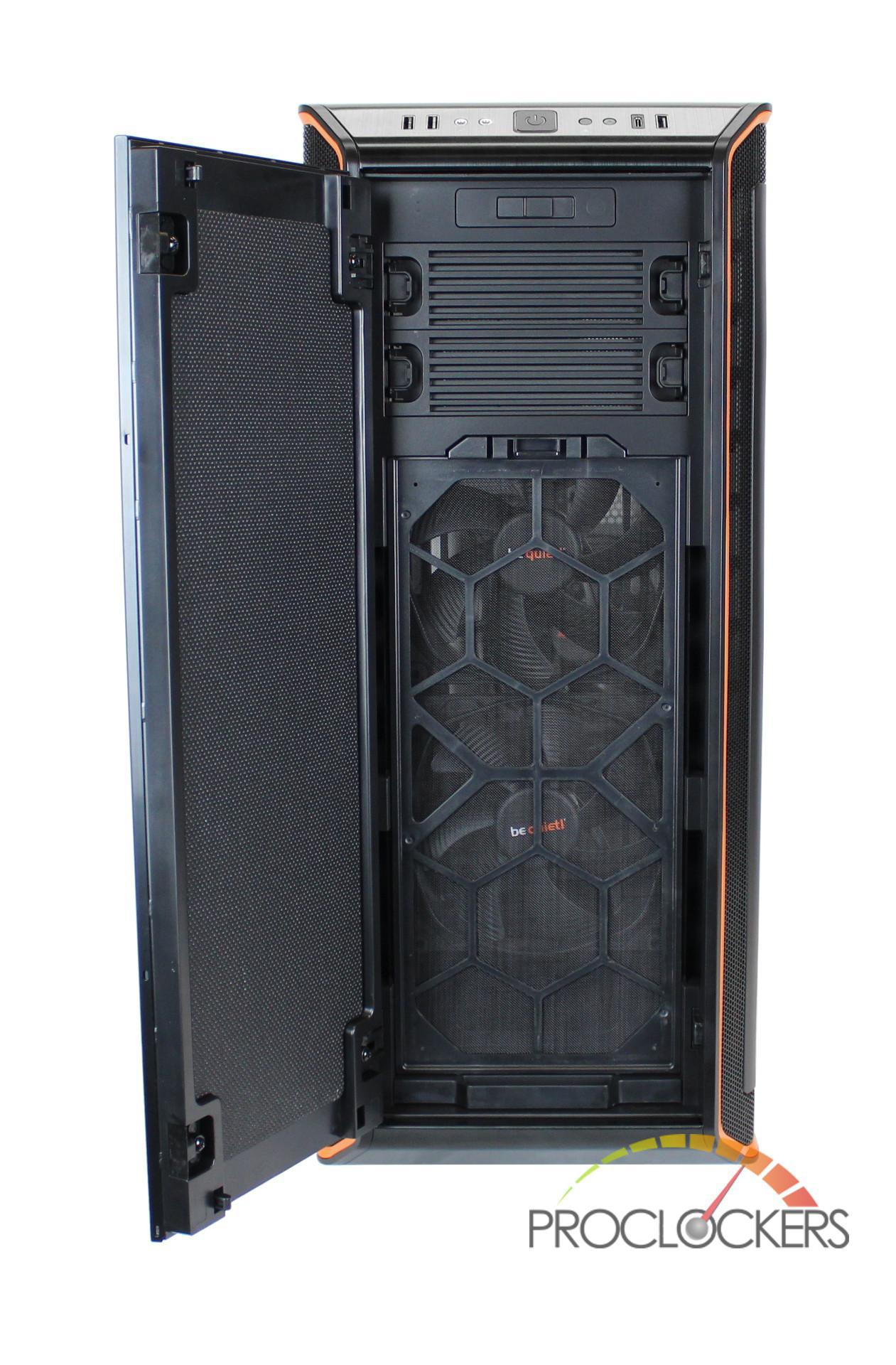 After installing the back panel of the case, I realized I also must flip the plastic be quiet! insert. 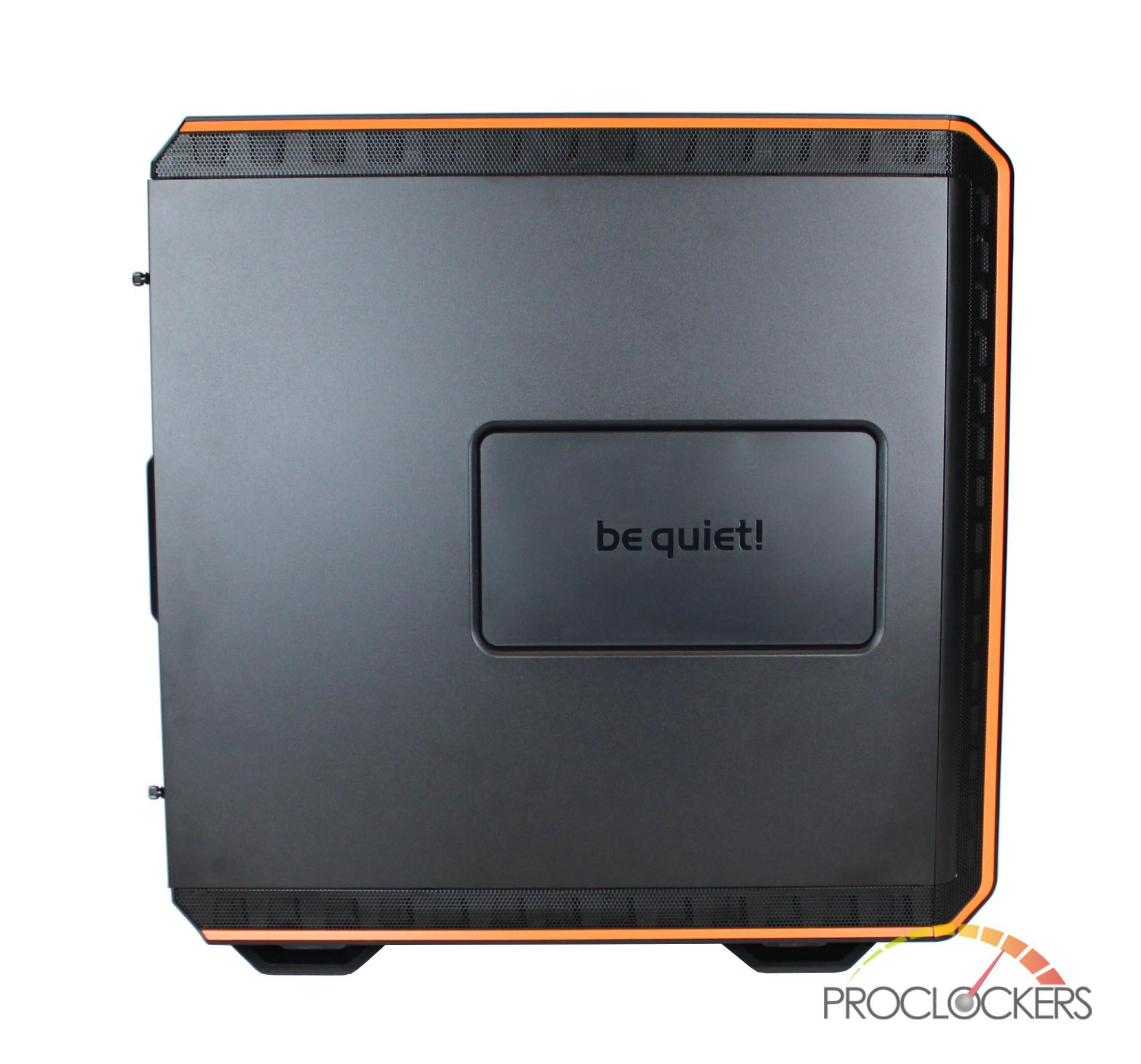 Moving to the back of the case, the I/O cutout and exhaust fan have been moved to the bottom. 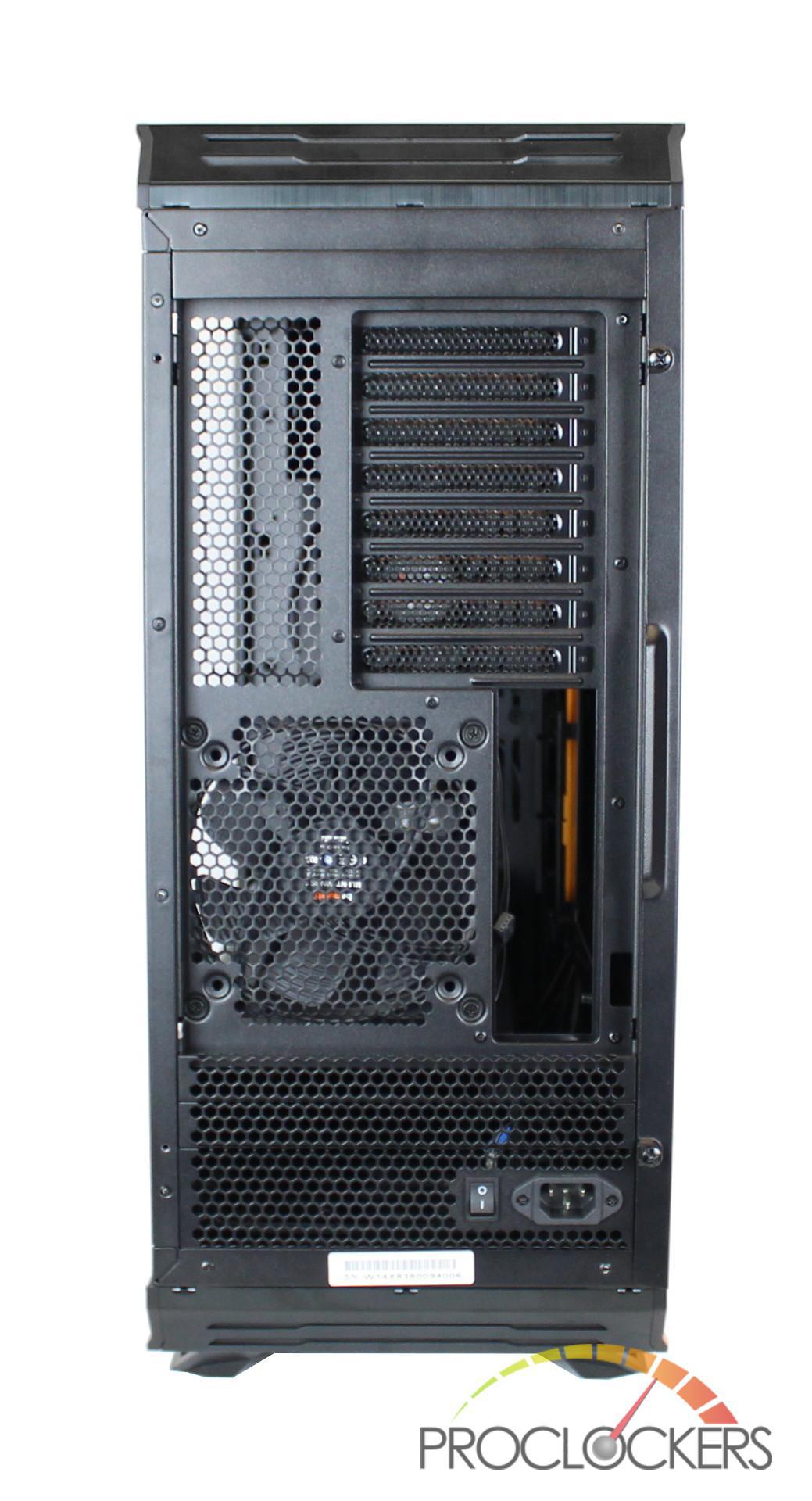