Moving to the interior of the NR400, the matte black found on its exterior continues to the inside as well. The NR400’s motherboard tray supports both Mini-ITX and Micro-ATX boards and has two smaller cutouts at the top and two oversized grommets on the right. Looking at the ODD bay, it’s nice to see that Cooler Master included a tool-less mechanism that should make installing a disk drive a breeze.  The bottom of the NR400 also includes a full-length PSU shroud which includes two 2.5” mounts on the top. 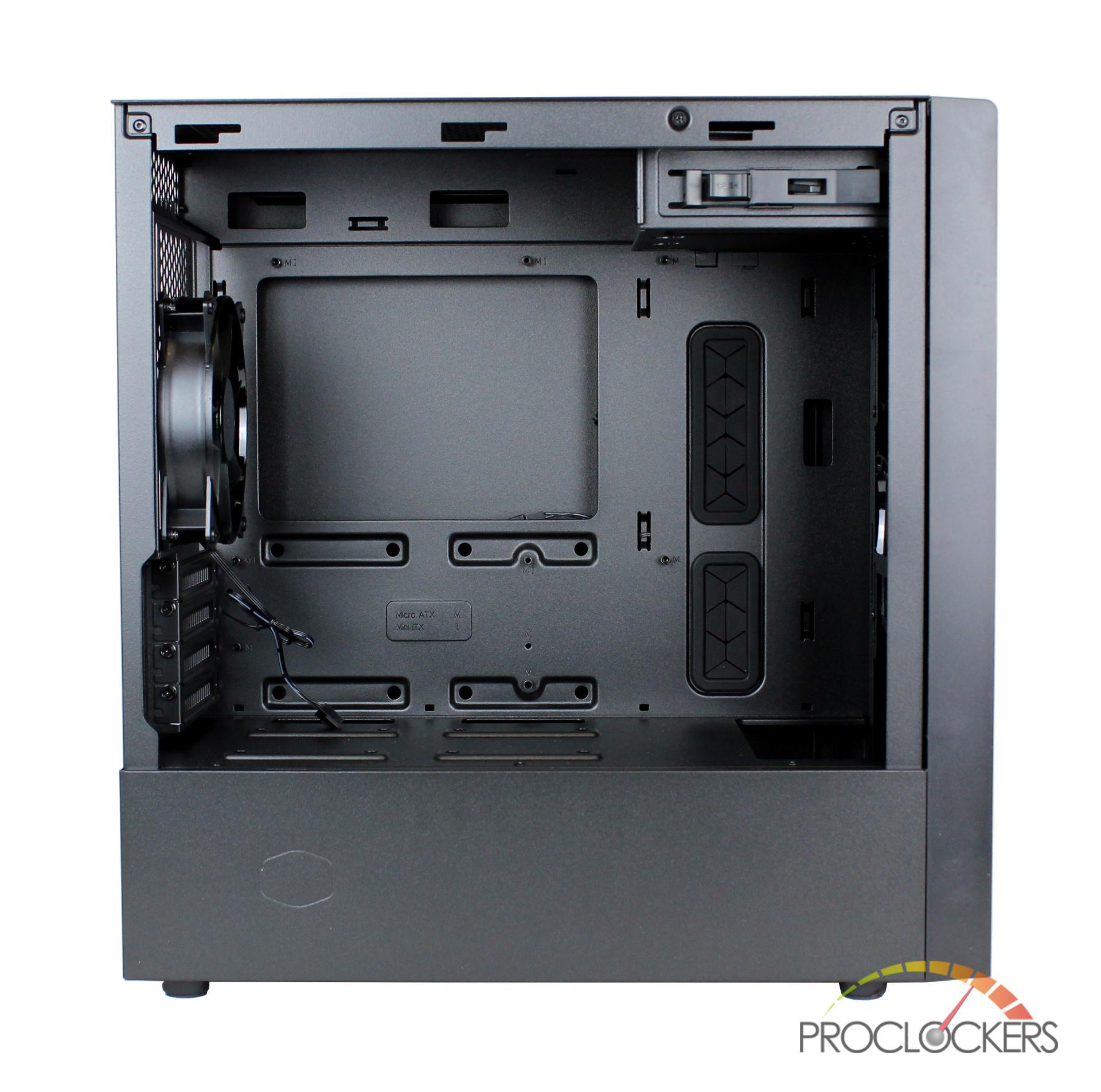 Toward the front of the case, there are more rail mounts which support up to a 280mm radiator and comes preinstalled with a 120mm fan. If you are planning on installing a radiator at the front of the NR400, the PSU shroud contains a cut large cutout with about 70mm of clearance. 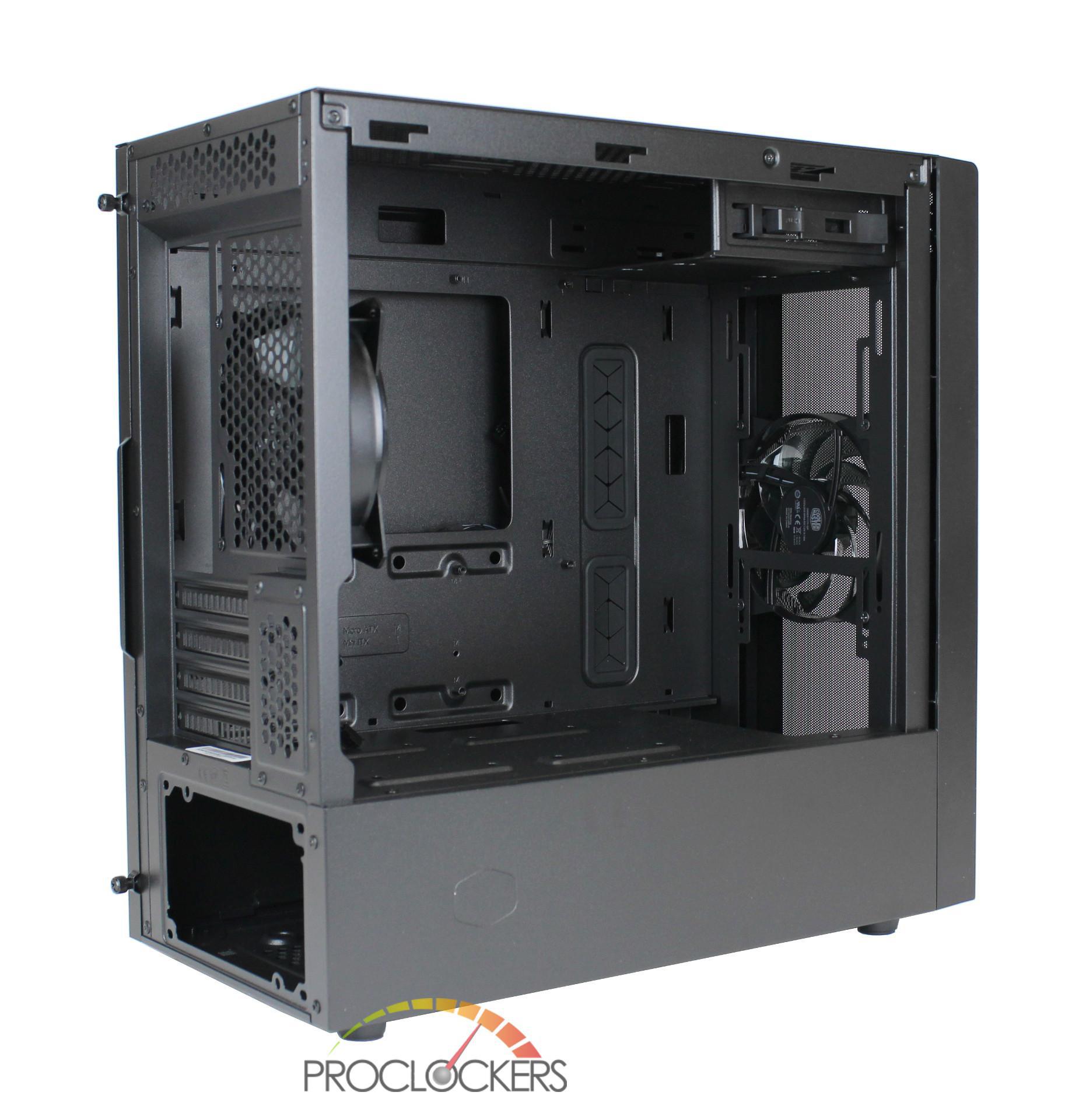 The rail mounting system is continued on the back of the NR400 with a second preinstalled 120mm fan. 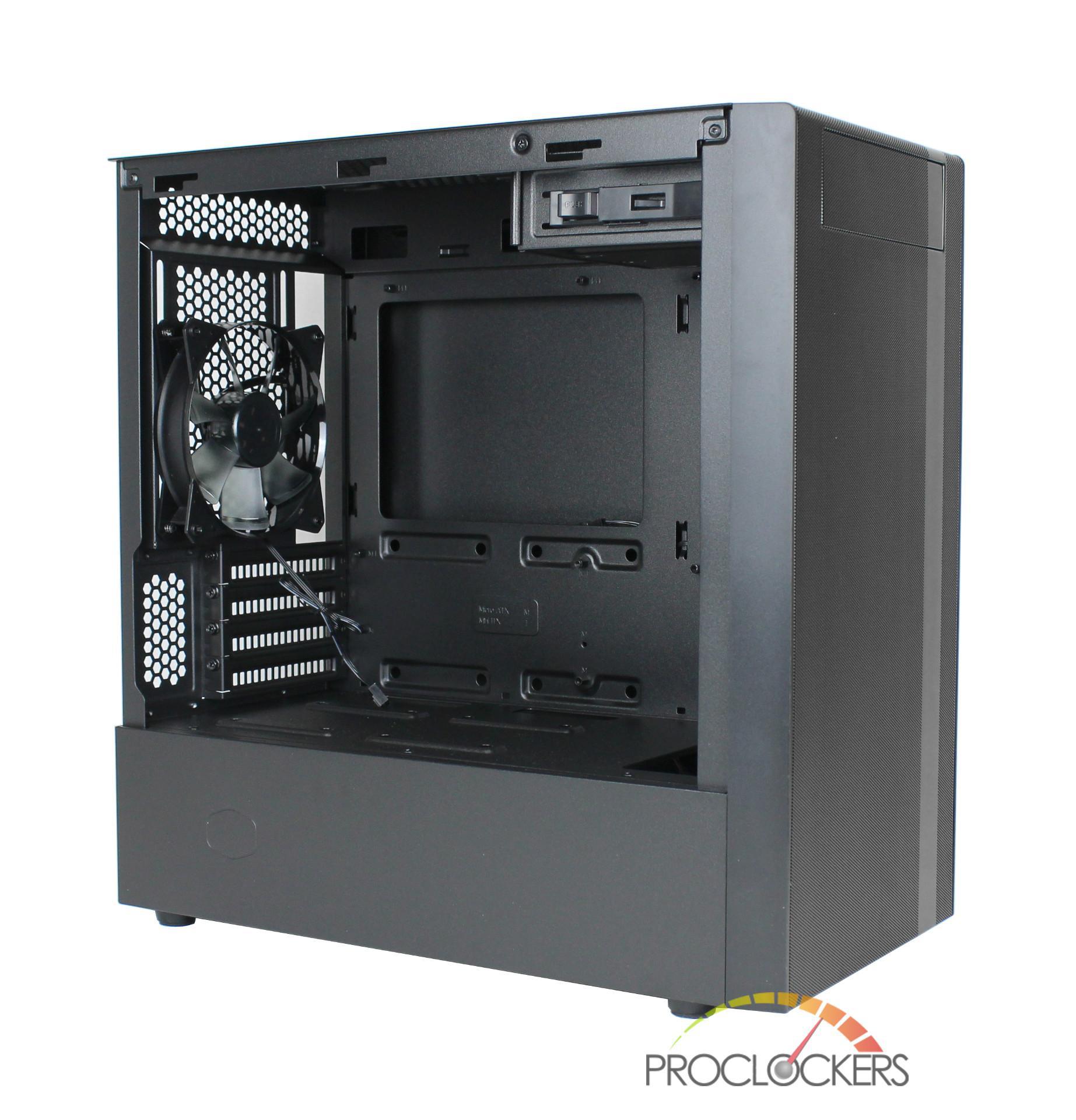 Looking to the back of the motherboard tray, it contains plenty of tie downs on both sides and two    tool-less SSD mount points below the processor cutout on the right. Within the PSU shroud of the NR400 is a removable HDD tray which supports up to three 3.5” or two 2.5” drives and can be mounted in one of three positions. 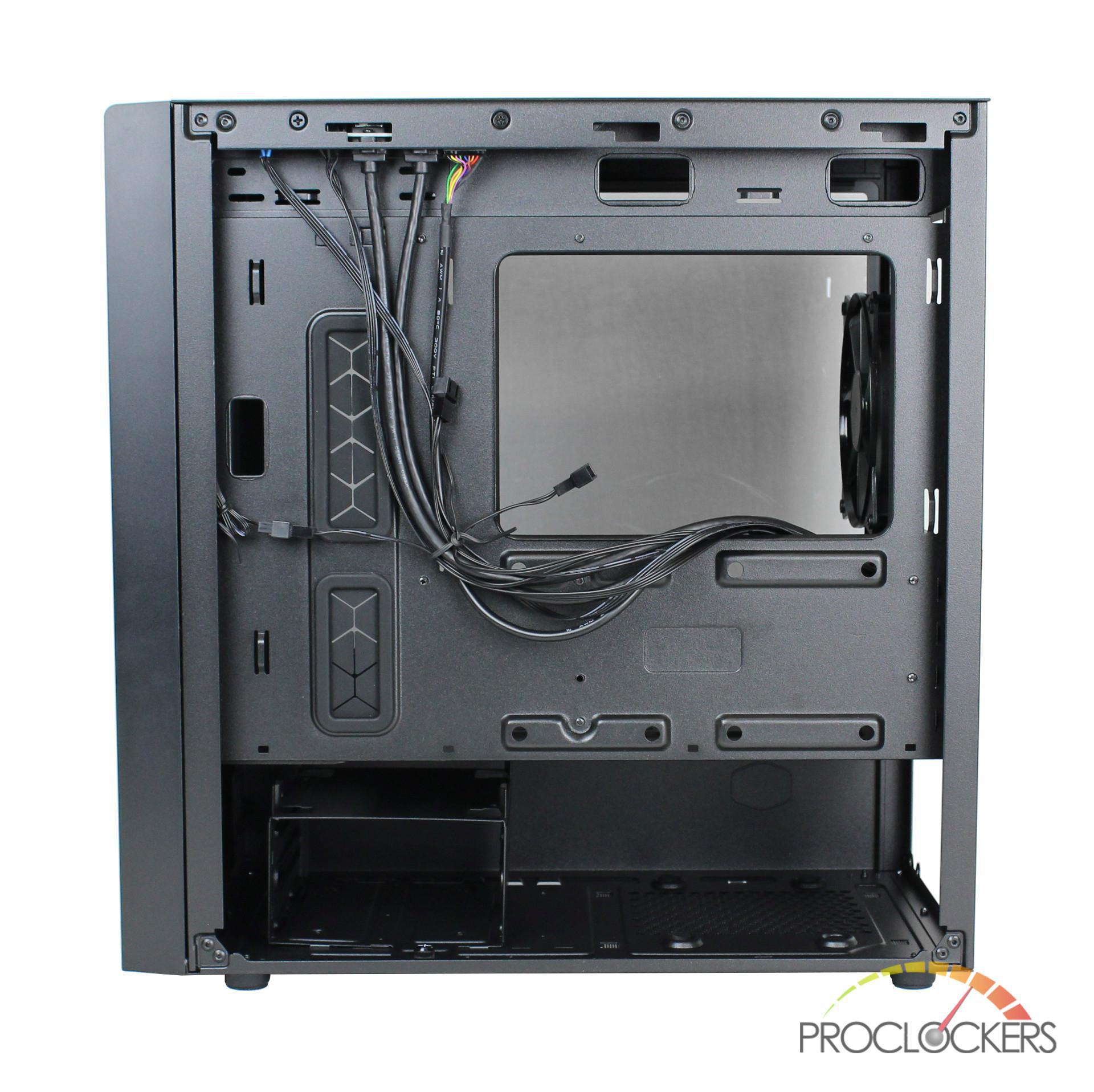 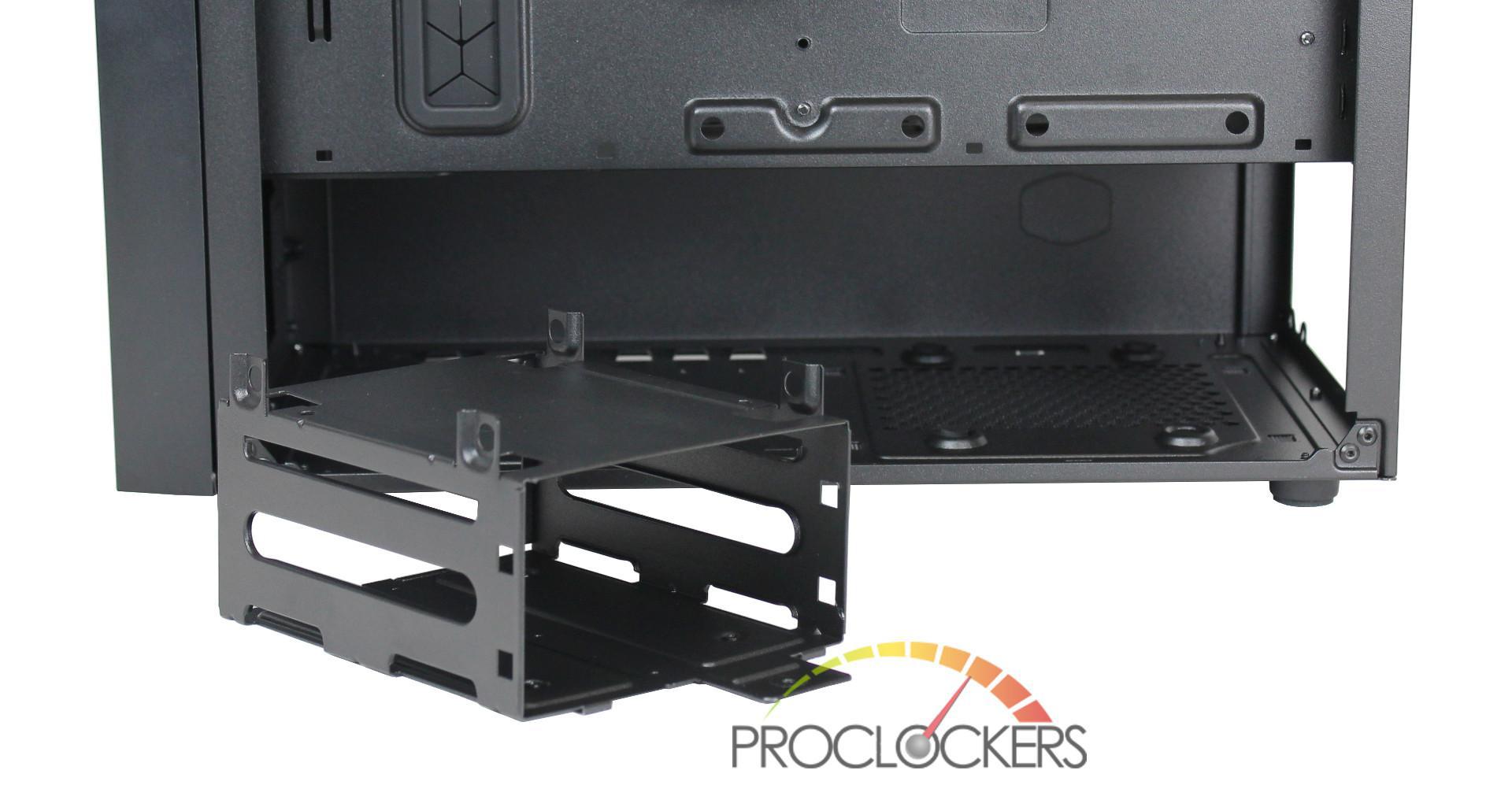