We’ll start out saying we aren’t equipped to do extremely detailed electrical analysis required to pick apart a modern power supply. It takes laboratory grade dedicated equipment so we’ll have to make do with some less precise testing. 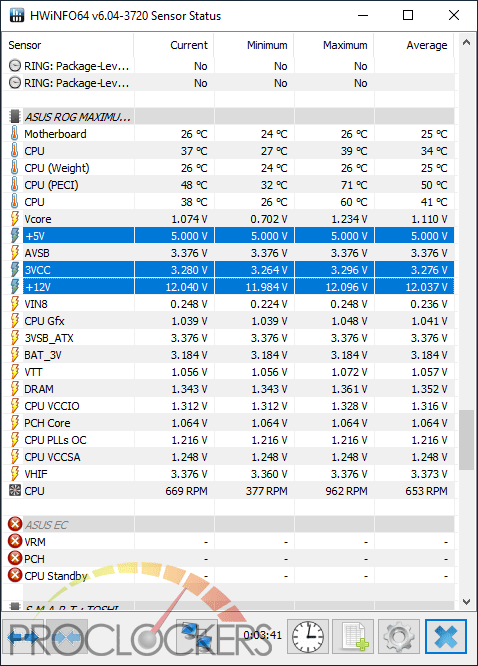 While we normally use a good Fluke Digital Multi-meter, we’ve found the onboard monitoring solutions in modern motherboards to be quite accurate and able to be easily logged with utilities like HWiNFO.

The 12V regulation is VERY tight, at well under 1% under heavy load.

Next, we’ll look at ripple on the rails with our Owon VDS-1022/I Digital USB Oscilloscope. 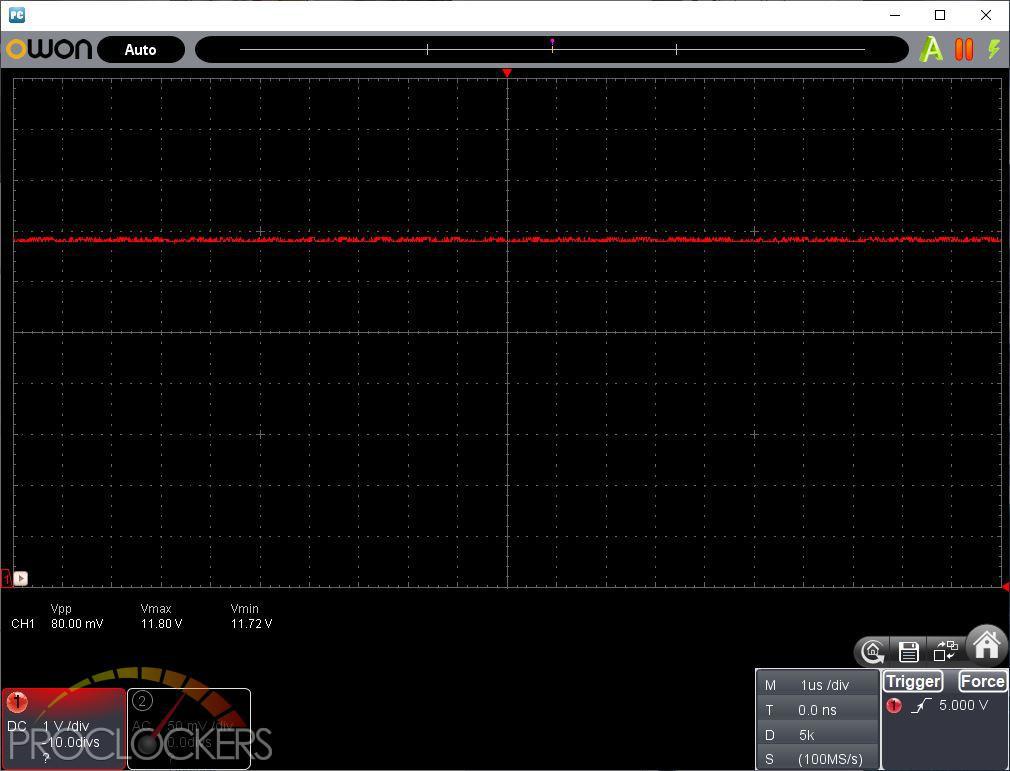 The +12V rail under a stress test load registers a tiny 80mV peak to peak ripple. 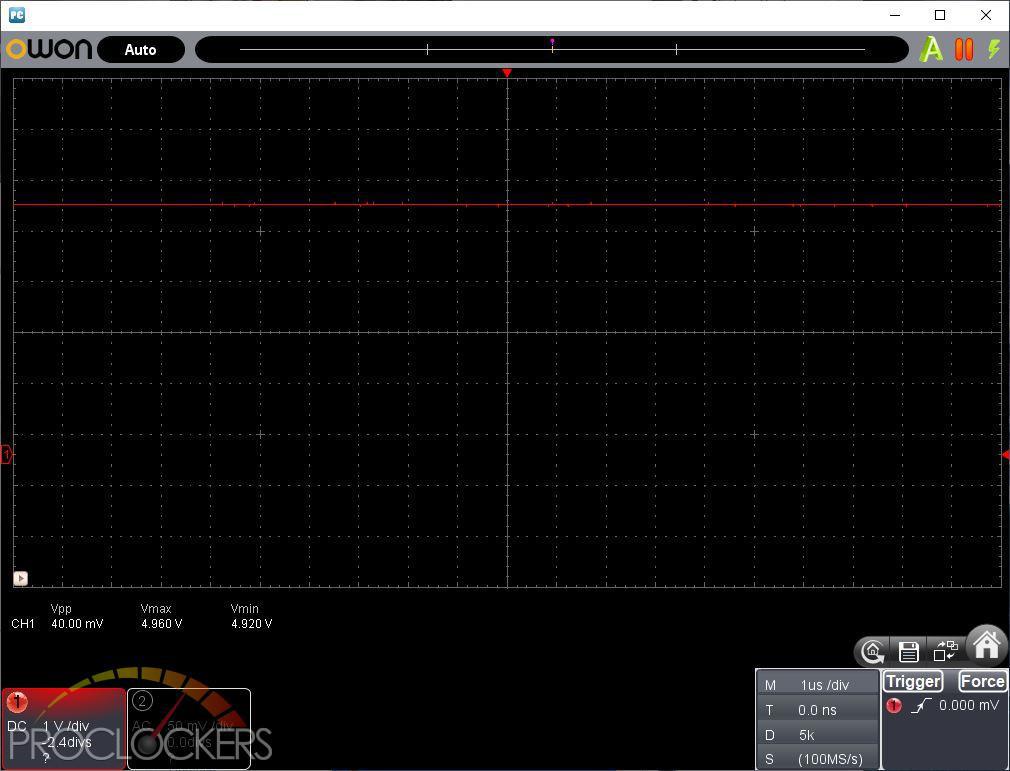 The 5-volt rails fairs even better at around 40mV of ripple. 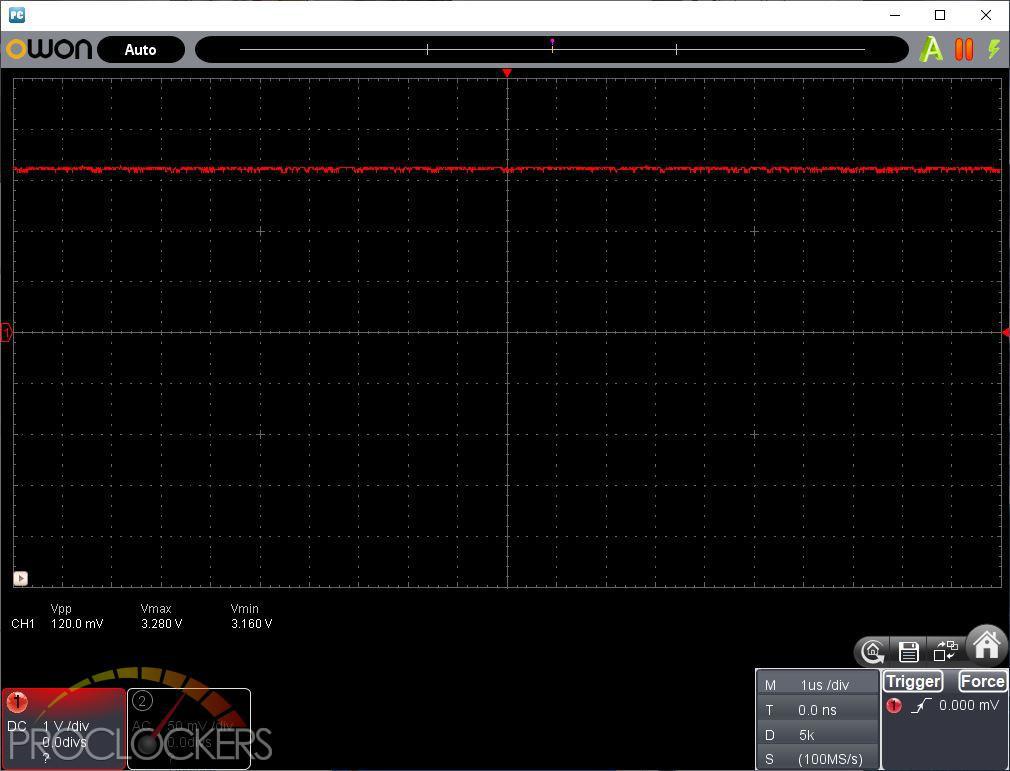 The 3.3V rail does a decent job with 120mV of ripple. Modern systems typically put very little load on the 3.3V rail, often only a couple of amps on modern systems for NVMe drives powered from the PCIe bus directly. 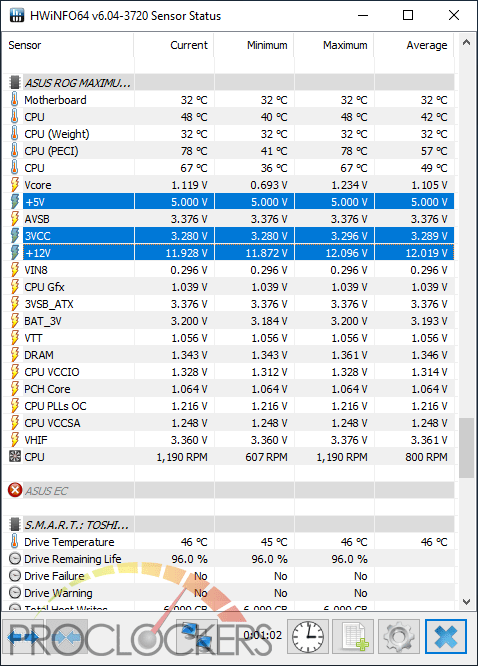 The 3.3V rail is a little tighter on this model, but the 12V rail runs just a hair looser. 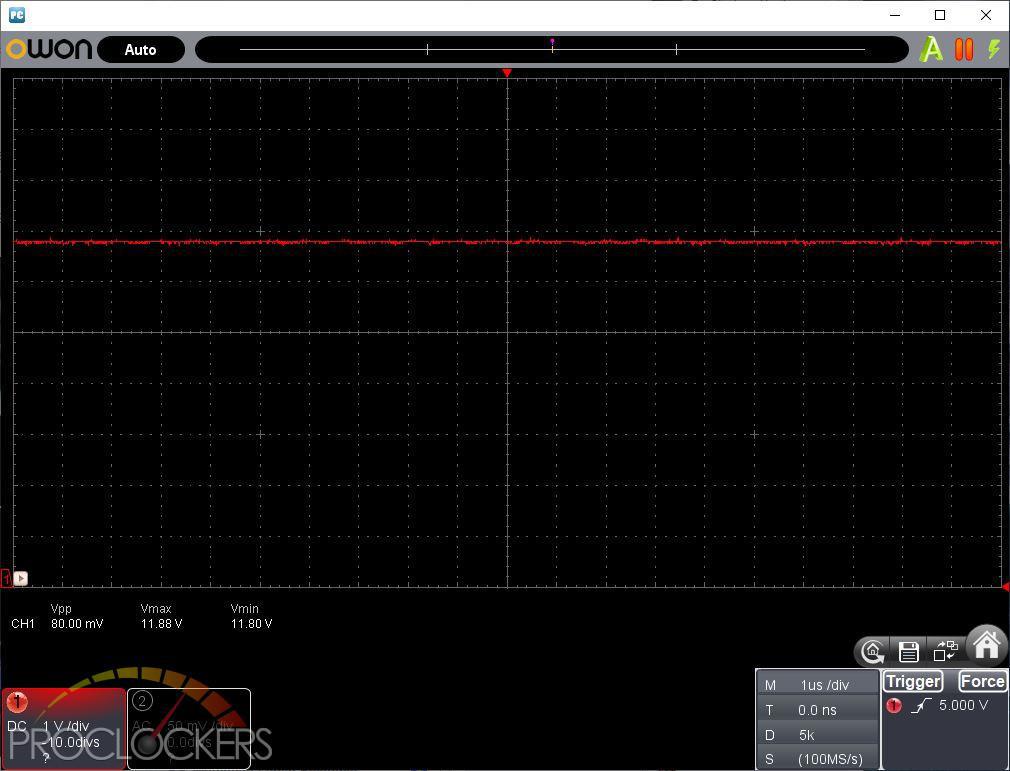 The +12V rail under a stress test load registers the same 80mV peak to peak ripple we saw on the RM650. 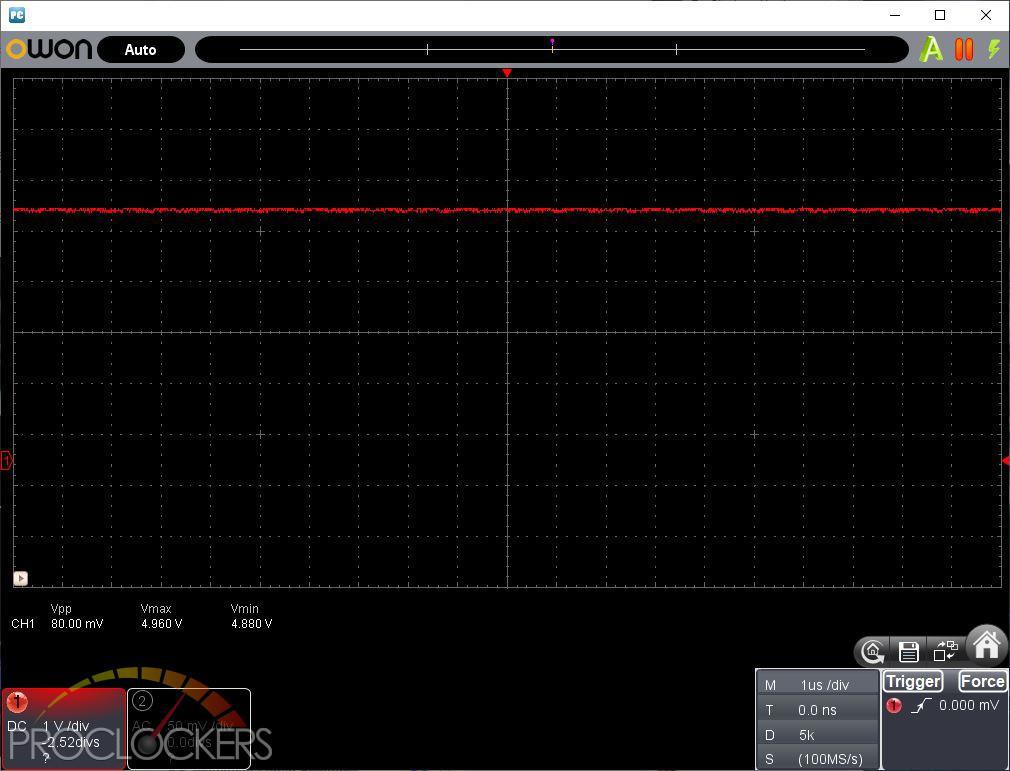 The 5-volt rails fairs well with about 80mV of ripple. 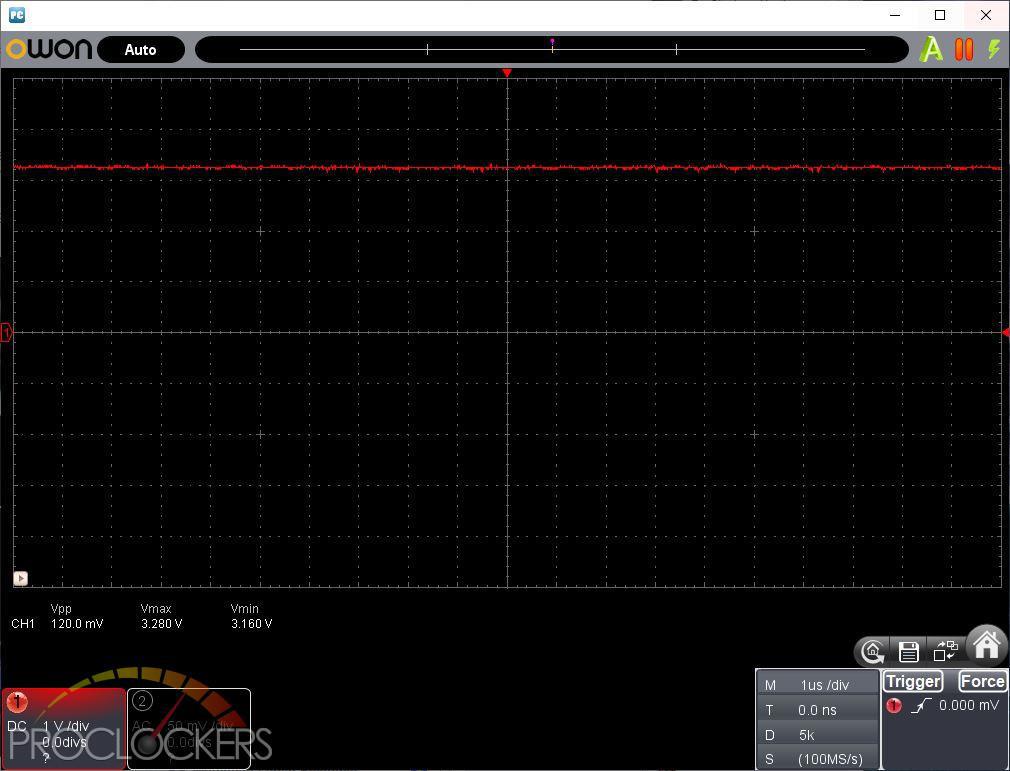