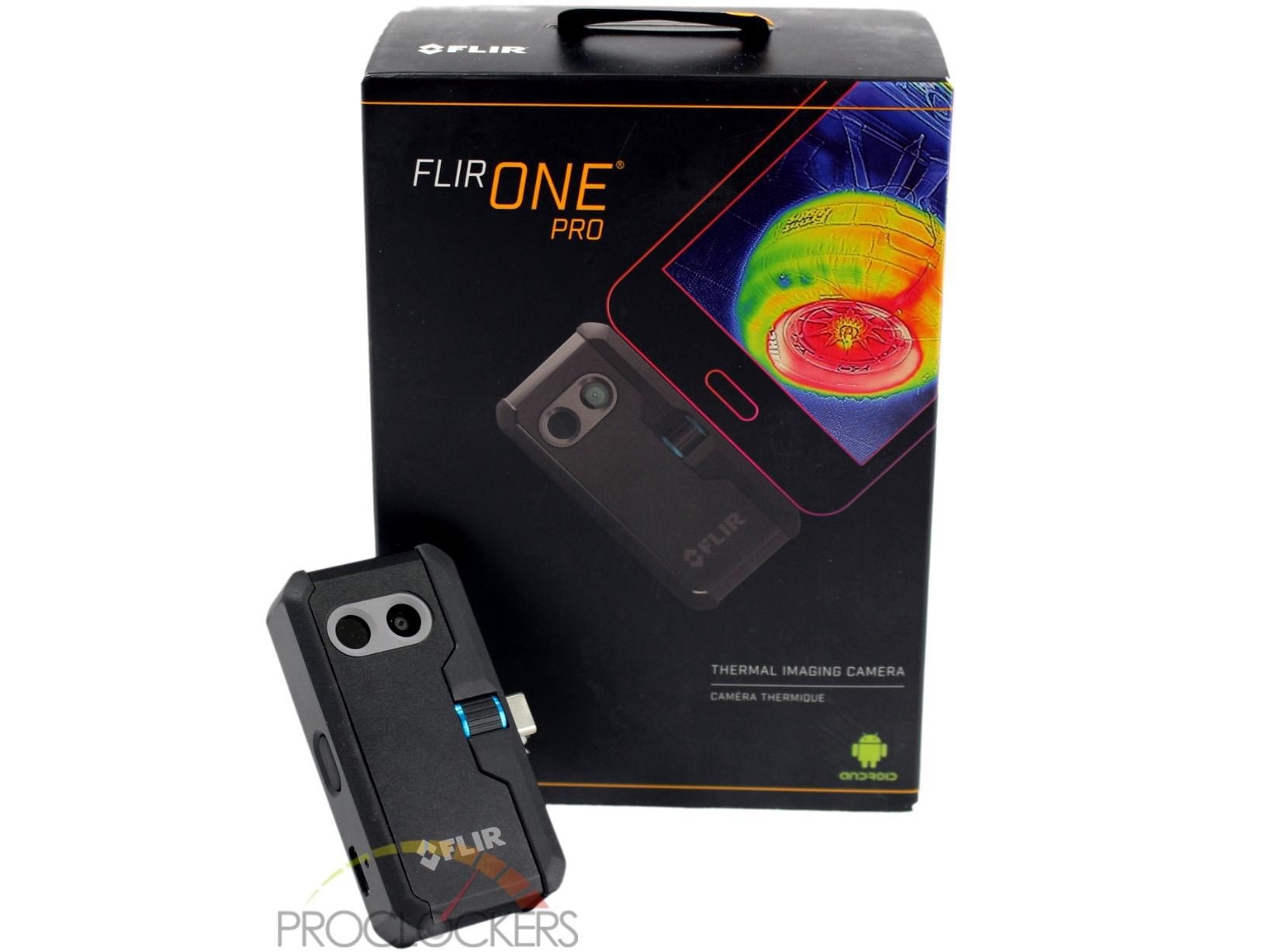 If you’re anything like us, you’ve probably been fascinated with thermal images from the first time you saw your favorite Austrian born actor battling a fictional extraterrestrial trophy hunter in a Guatemalan jungle. Ten points to you if you correctly guessed the name of the 1987 science fiction thriller poorly described above. Outside of some action-packed theatrics, thermal imaging is very real and has an unbelievable amount of uses in the real world. From search and rescue to aviation to preventative maintenance, FLIR has been on the forefront of thermal imaging industry-wide for more than half a century.

Recently, FLIR has been working to put thermal imaging in the hands of smaller users like Handymen, Contractors and other professionals, Small business owners, homeowners, and even geeks like us. The latest and greatest iteration is the new FLIR ONE PRO, a highly portable thermal imaging camera attachment for your favorite cell phone or tablet. Available in iOS and Android compatible models, the FLIR ONE PRO gives you a 6th sense to find invisible problems fast. The FLIR ONE Pro is available with a Lightning connector for iOS devices, USB type-C for Android, and coming soon is a Micro-USB version also for Android devices.

Pro Clockers would like to thank FLIR for sending the ONE PRO over to check out and use in our reviews!

FLIR’s take on the ONE PRO:

The FLIR ONE Pro gives you the power to find invisible problems faster than ever. Combining a higher-resolution thermal sensor able to measure temperatures up to 400 °C (752 °F)with powerful measurement tools and report generation capability, the FLIR ONE Pro will work as hard as you do. Its revolutionary VividIR™ image processing lets you see more details and provide your customers with proof that you solved their problem right the first time. The updated design includes the revolutionary OneFit™ adjustable connector to fit your phone, without taking the phone out of its compatible protective case. An improved FLIR ONE app lets you measure multiple temperatures or regions of interest at once and stream to your smartwatch for remote viewing. Whether you’re inspecting electrical panels, looking for HVAC problems, or finding water damage, the new FLIR ONE Pro is a tool no serious professional should be without.