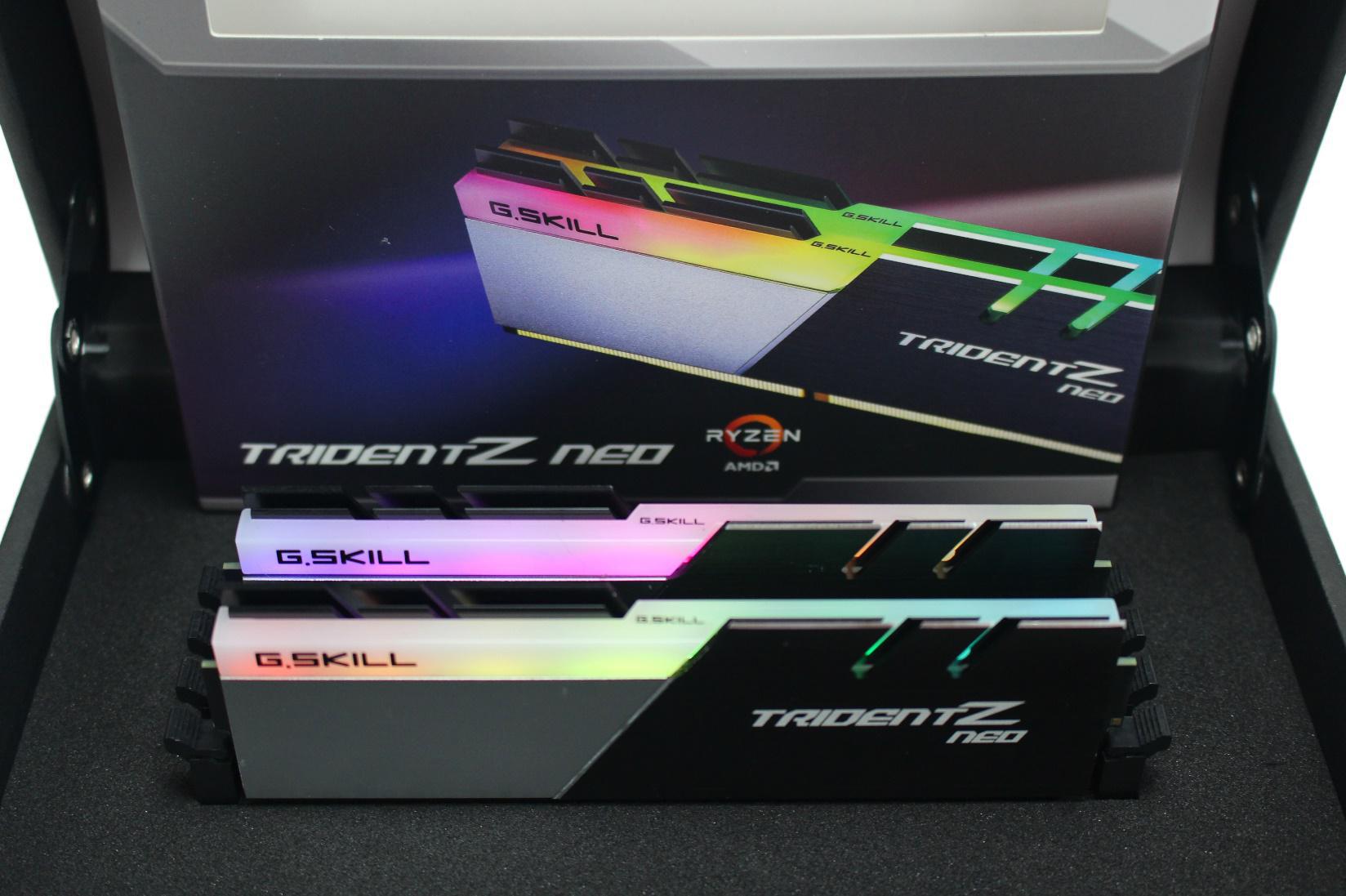 G.Skill’s Trident family of memory has been around for quite a few years now with early models landing back in the DDR2 generations. By far the most popular has been the DDR4 based TridentZ family. Launching with a grey and black heat spreader and a red trim piece on top, TridentZ set the bar for performance memory for everyone else. Gamers are a bit picky when it comes to aesthetics, so G.Skill updated the TridentZ family with colored top bars to more easily blend in with any theme. When the RGB craze hit a couple of years ago, G.Skill was one of the first to take the plunge with the TridentZ RGB lineup. With AMD’s 3rd generation processors finally able to take full advantage of high-performance memory, G.Skill welcomes them into the family with the new TridentZ Neo. With a new Dual-Tone heat spreader, TridentZ Neo is engineered to get the most out of any Ryzen 3000 series processor on the AMD X570 platform.

ProClockers would like to thank G.Skill for sending the TridentZ NEO memory over to check out!

G.SKill’s take on the TridentZ NEO: