“AIDA64 Engineer has a hardware detection engine unrivaled in its class. It provides detailed information about installed software and offers diagnostic functions and support for overclocking. As it is monitoring sensors in real-time, it can gather accurate voltage, temperature and fan speed readings, while its diagnostic functions help detect and prevent hardware issues. It also offers a couple of benchmarks for measuring the performance of individual hardware components or the whole system. It is compatible with all 32-bit and 64-bit Windows editions, including Windows 10 and Windows Server 2016.” 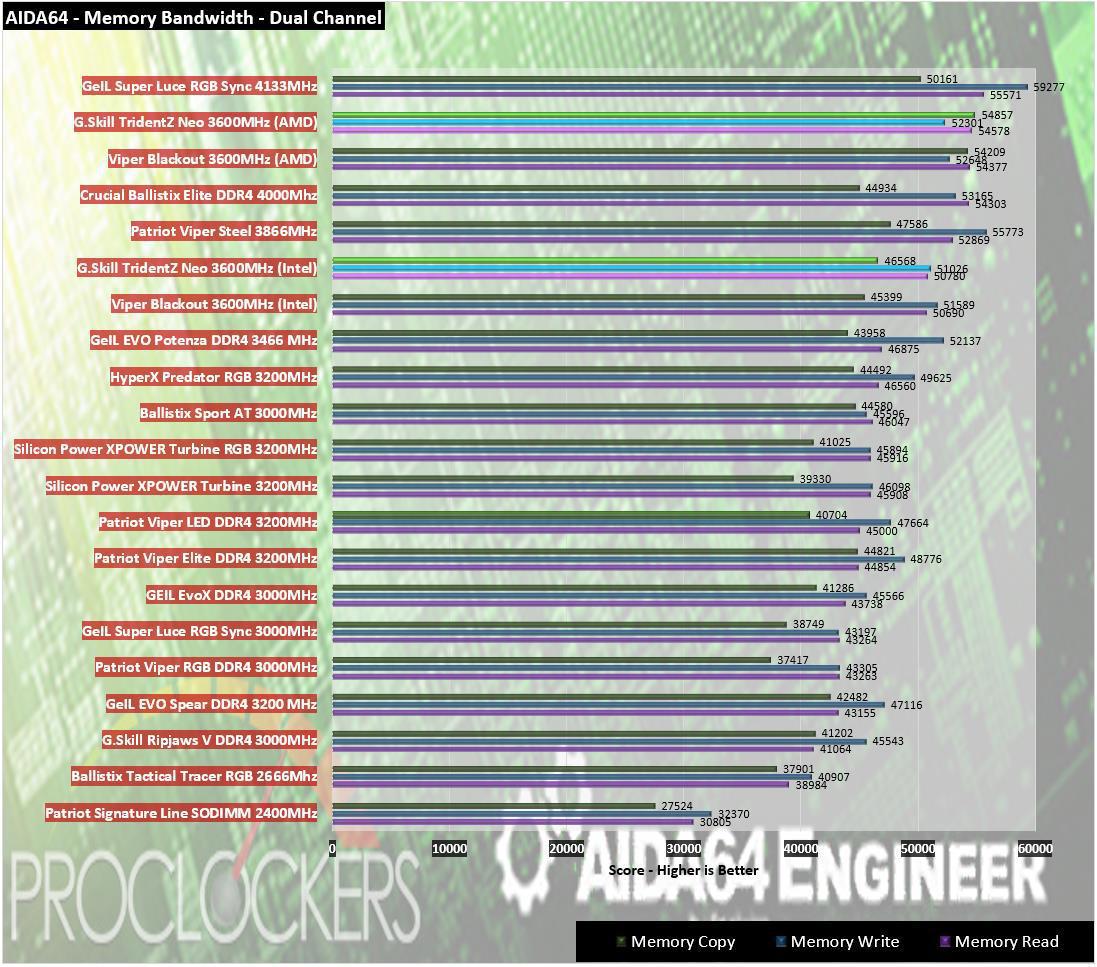 Since bandwidth is mostly a function of raw speed, the 3600MHz Viper Blackout Edition does quite well here and places about exactly where we expect it to for Intel, but on Ryzen platforms, it lands well above the 50GB/s mark. 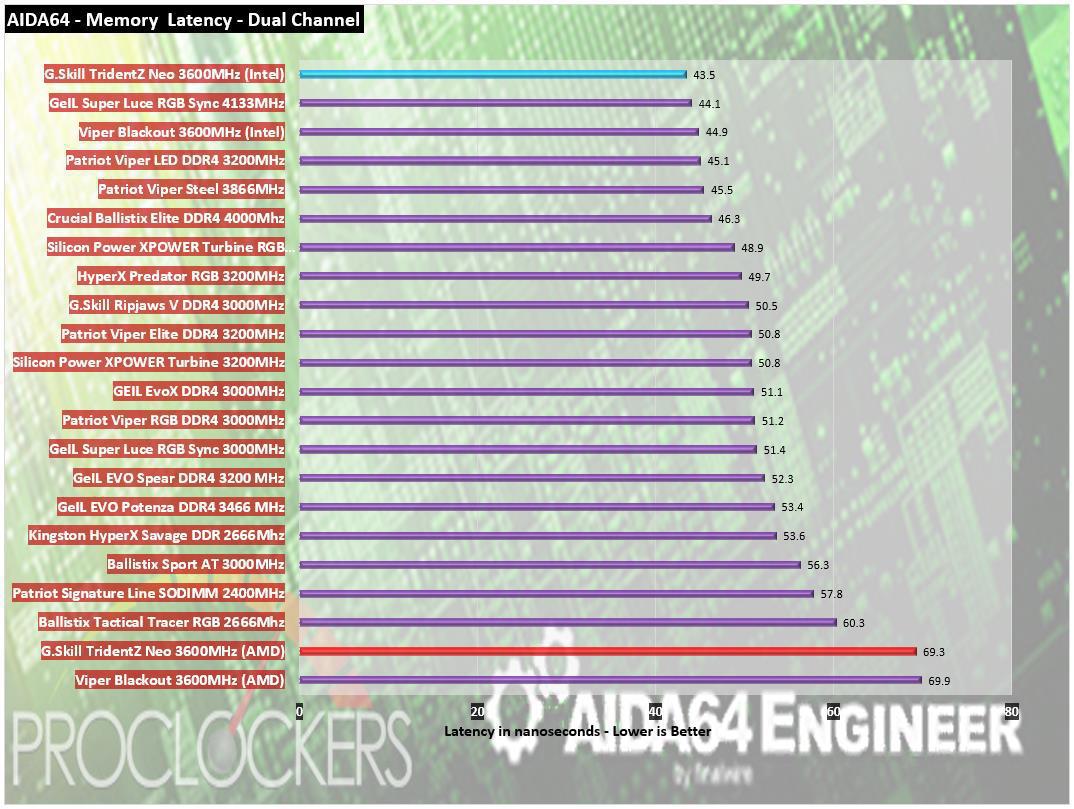 Latency comes in a bit faster than we expected at 44.9ns for Intel and pretty snappy for AMD’s Ryzen platform at 69.9ns. 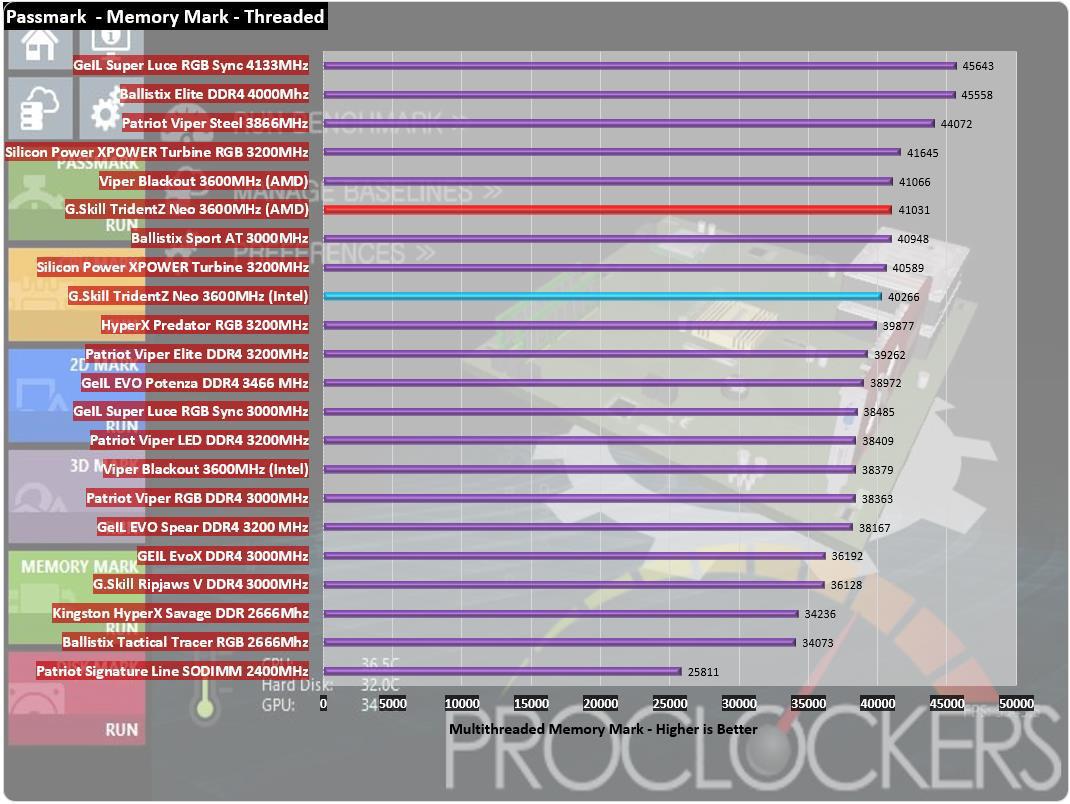 Passmark reacts quite well to the very fast XMP speed and gives us a great score of just over 44k, second only to the 4133MHz kit above it. 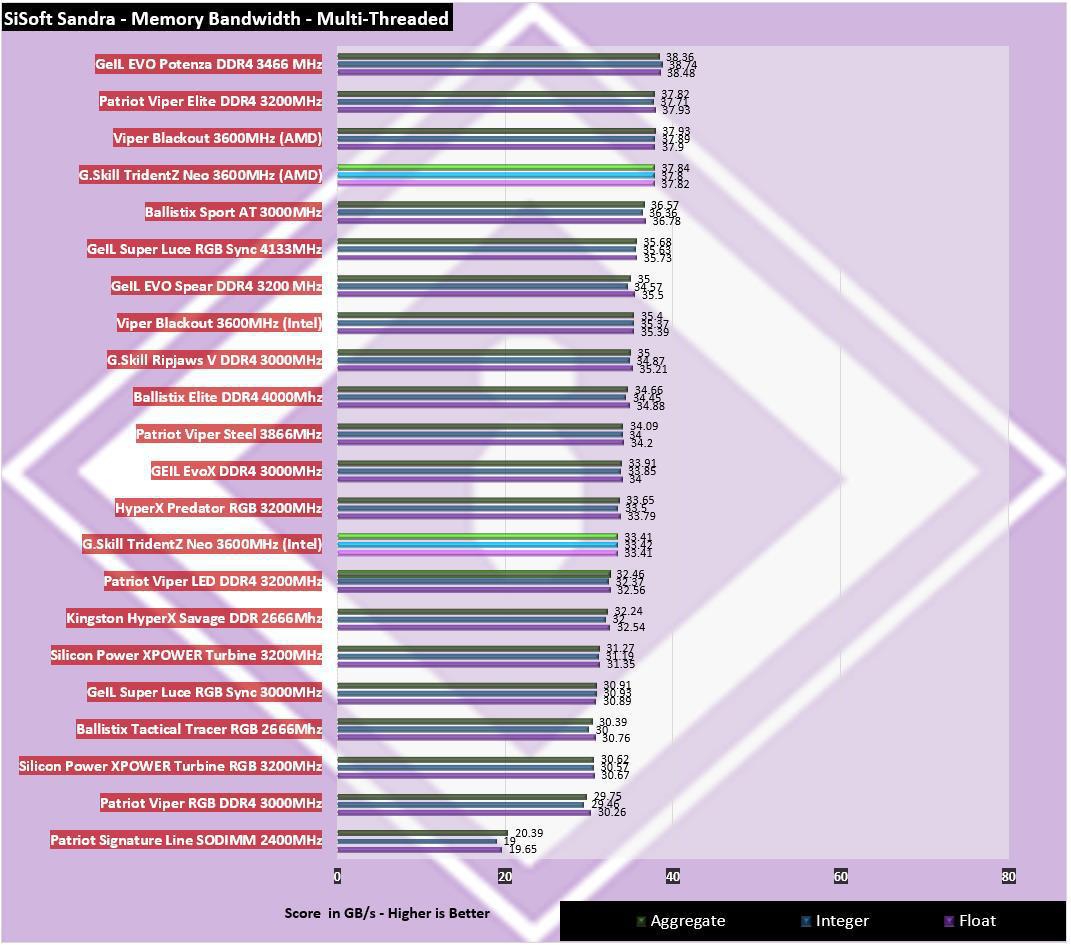