I tested the usual games I test, and I added a new title, Battlefield 1. Released in October 2016, Battlefield 1 has DX12 support and is a beautiful game. The rest of the games are a mix of older and newer titles, with no games older than 2013 and Crysis 3 being the oldest of the titles. However, Crysis is 3 still one of the most graphically demanding games on the market. Grand Theft Auto V didn’t hit PC until 2015 and has one of the most extensive graphics menus I’ve ever seen. Shadow of Mordor is a 2014 title, but still a very demanding game, especially when the 4k texture pack is installed. Thief is another 2014 title, but it’s still a beautiful and rather demanding game. I’ve replaced the Tomb Raider reboot with its sequel, Rise of the Tomb Raider. Also, the Witcher 3 and Watch Dogs 2 were also tested. They were benchmarked in 1080p, 1440p, 4k and with my recent purchase of an ultra-wide monitor, I started benchmarking games in 3440 x 1440p. All games were played at their max settings with 4x MSAA. Each benchmark run was timed at 120 seconds, ran 3 times each, and averaged out to get the overall results. I have also included a screenshot of the advanced graphics settings for GTA V.

There were 8 games tested. A mix of newer titles and a few older ones were run through our tests, but none older than 2013. They were tested in 1080p, 1440p, 3440 x 1440 and 4k. All games were played at their max settings. Each benchmark run was timed at 120 seconds, ran three times each, then averaged out to get our final results. The games are as listed.

Here is the screenshot from GTA V Advanced Graphics screen we promised. 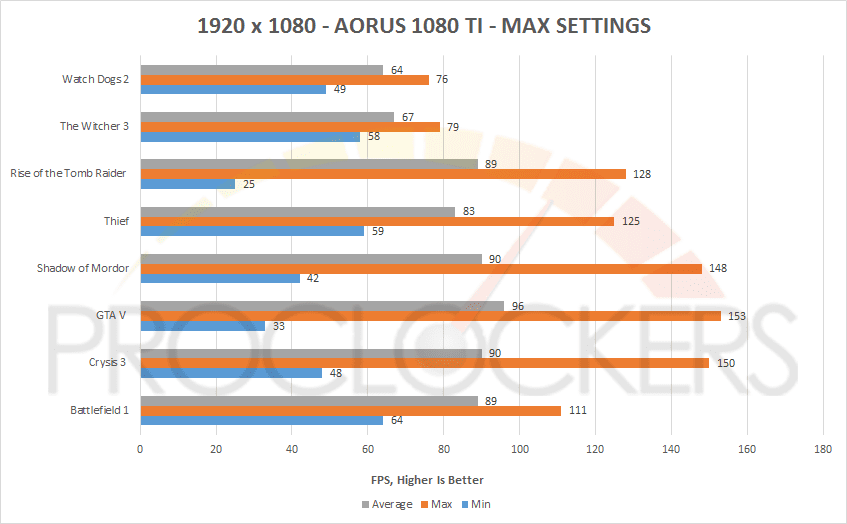 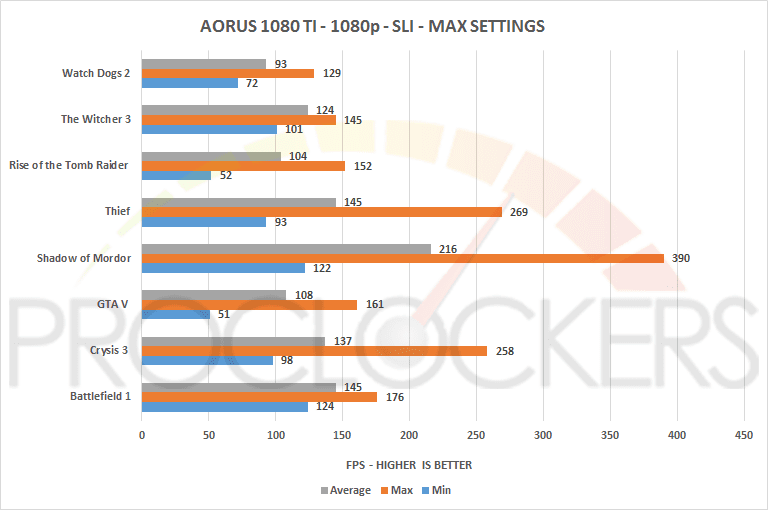 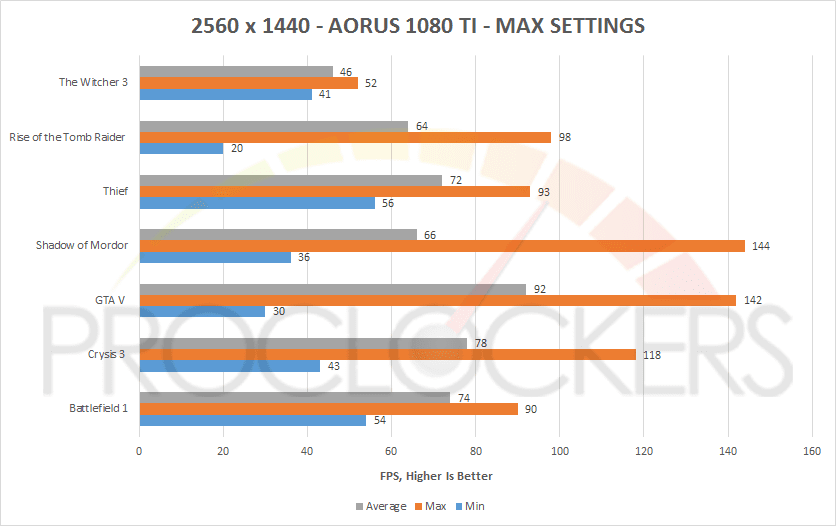 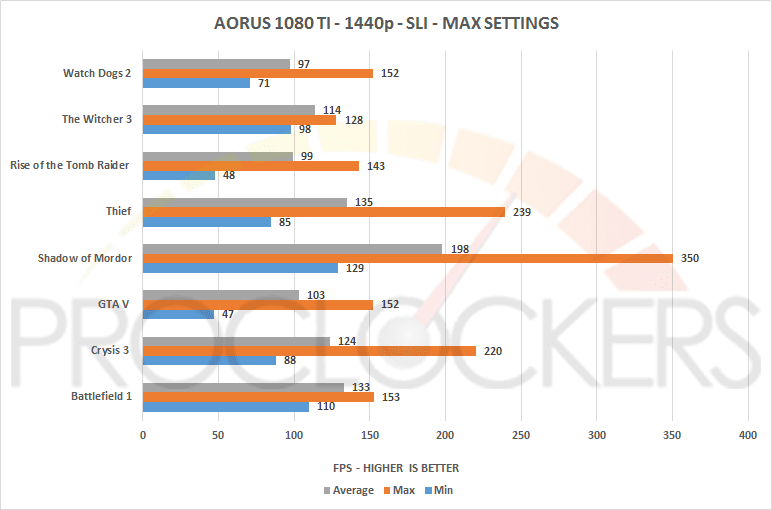 In 1440p, the AORUS GTX 1080 Ti did great, especially with 2 cards. Watch Dogs 2, which is the most demanding game in my suite, averaged 46 FPS on max settings on a single card. However, in SLI, it averaged 97 FPS on the same settings. That is more than double the frames in SLI. However, that is only 4 FPS more than at 1080p. 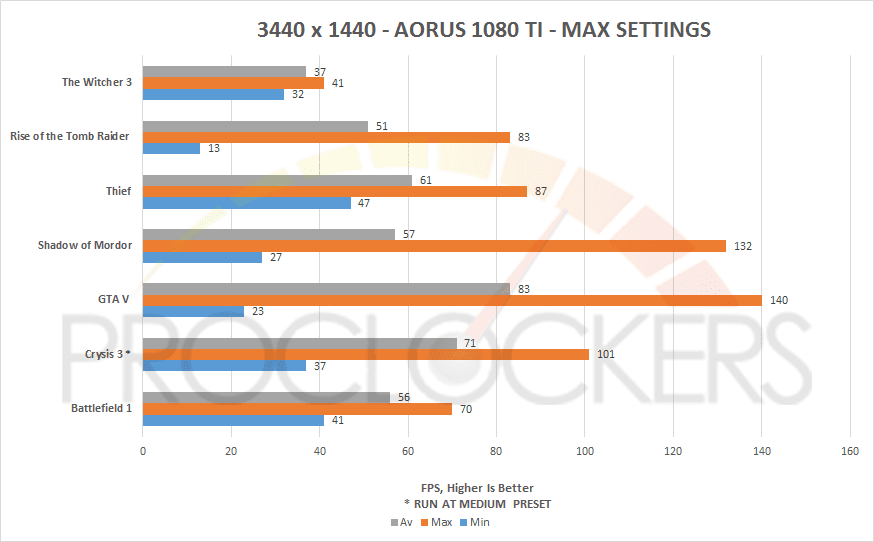 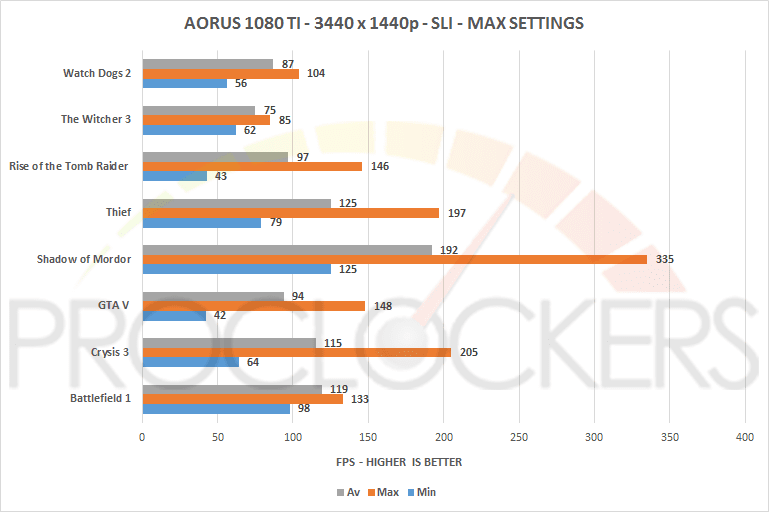 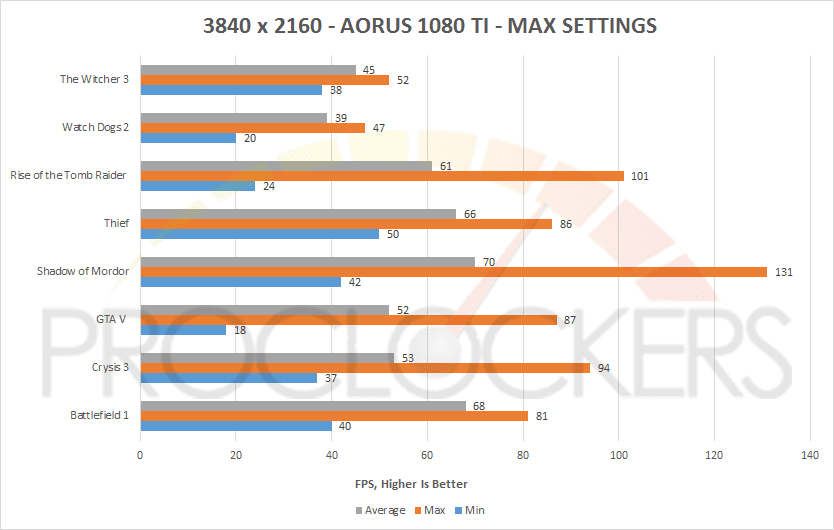 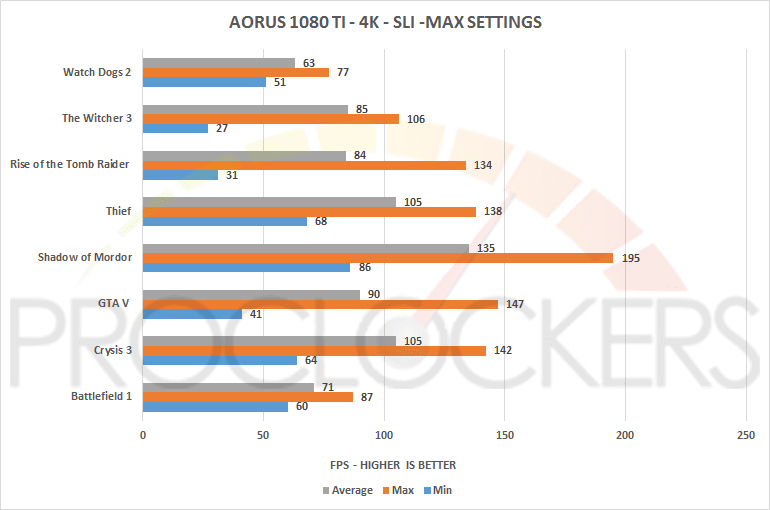 As the results show, SLI makes little to no difference, even in 4k, in Battlefield 1. However, in the Witcher 3, it almost doubled the FPS. The Witcher 3 went from 45 FPS on a single card, to 85 fps on 2.