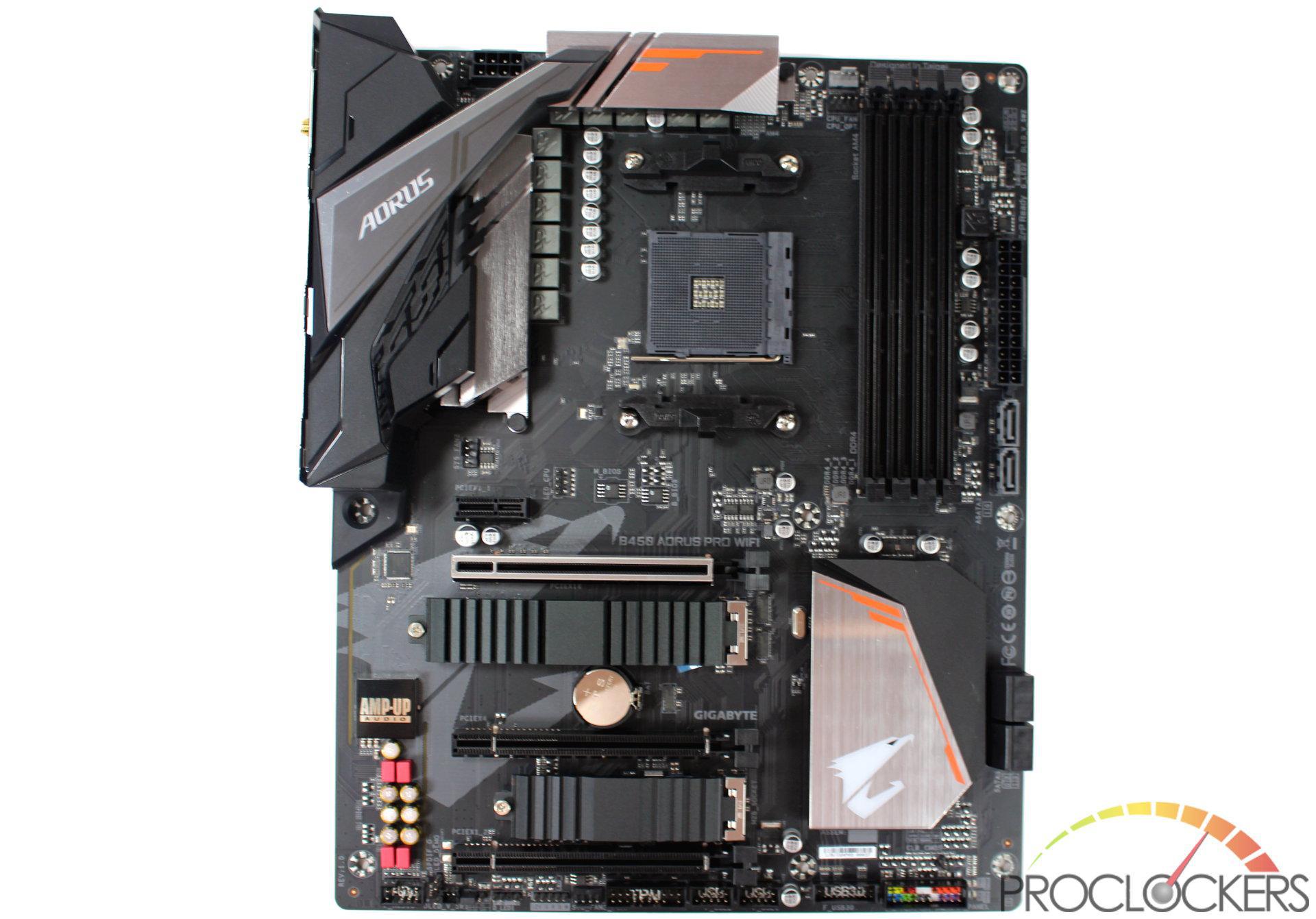 Gigabyte’s B450 Aorus Pro Wifi keeps to a black base with metallic heatsinks and a small number of orange accents. A large Aorus logo in grey around the PCIe slots. 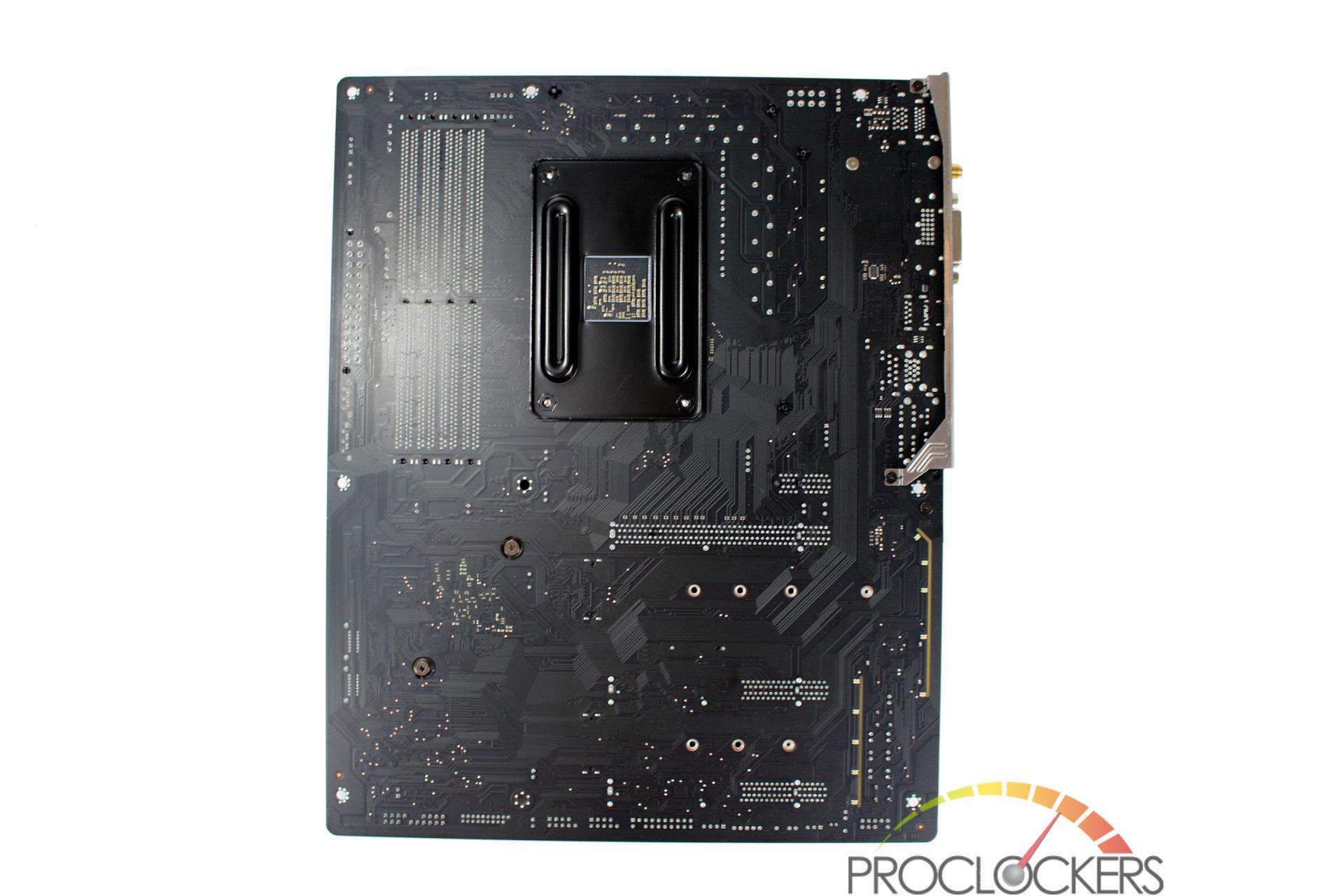 There is very little on the rear of the motherboard. Only the AM4 socket backplate and some LED’s around the audio area near the bottom right corner here. 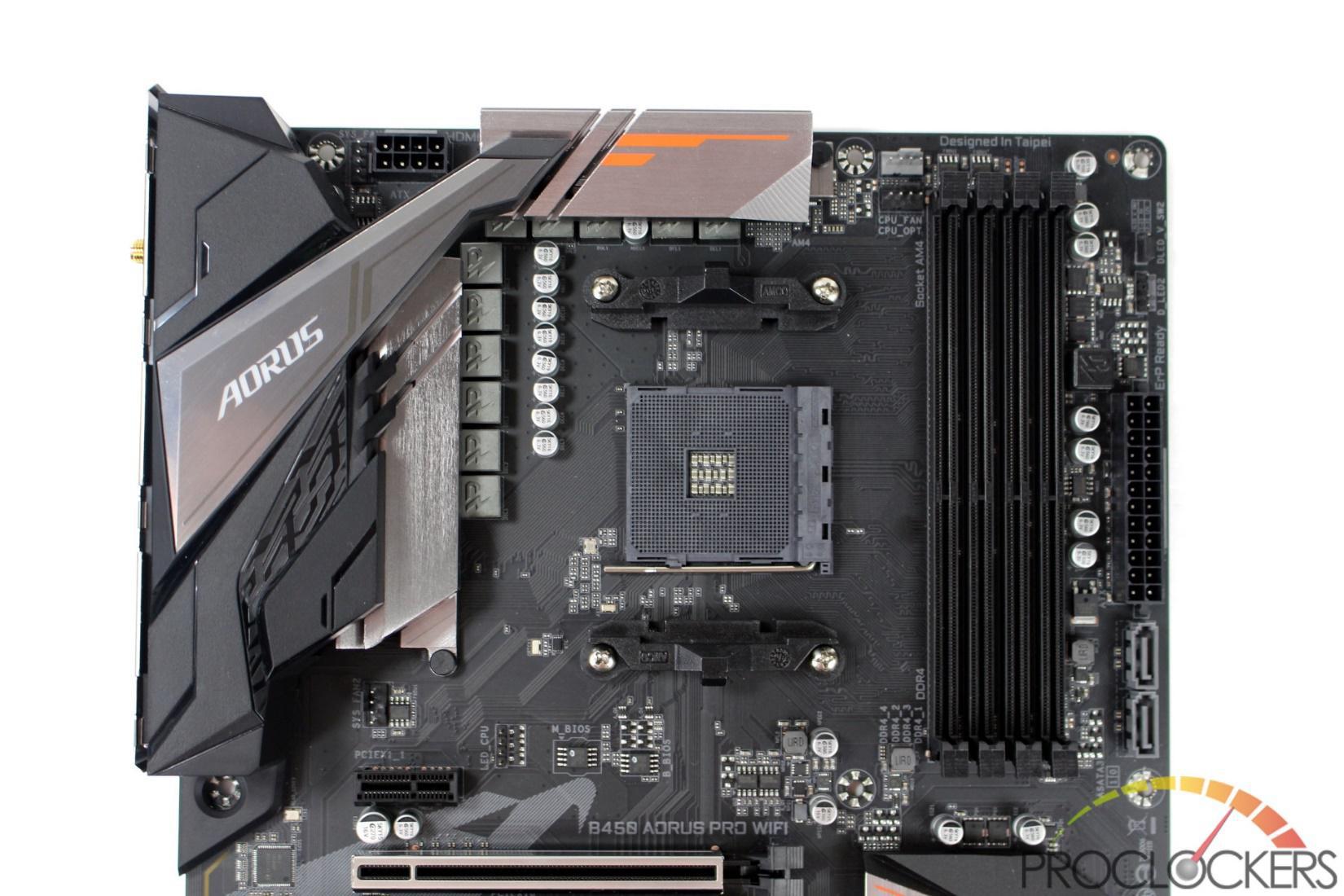 The top of the ATX motherboard has AMD’s AM4 socket just right of center with four DDR4 DIMM’s flanking to the right. An 8+3 phase VRM surrounds the top and left side of the socket. An analog RGB header is near the top PCIe x1 slot for an RGB enabled CPU cooler. 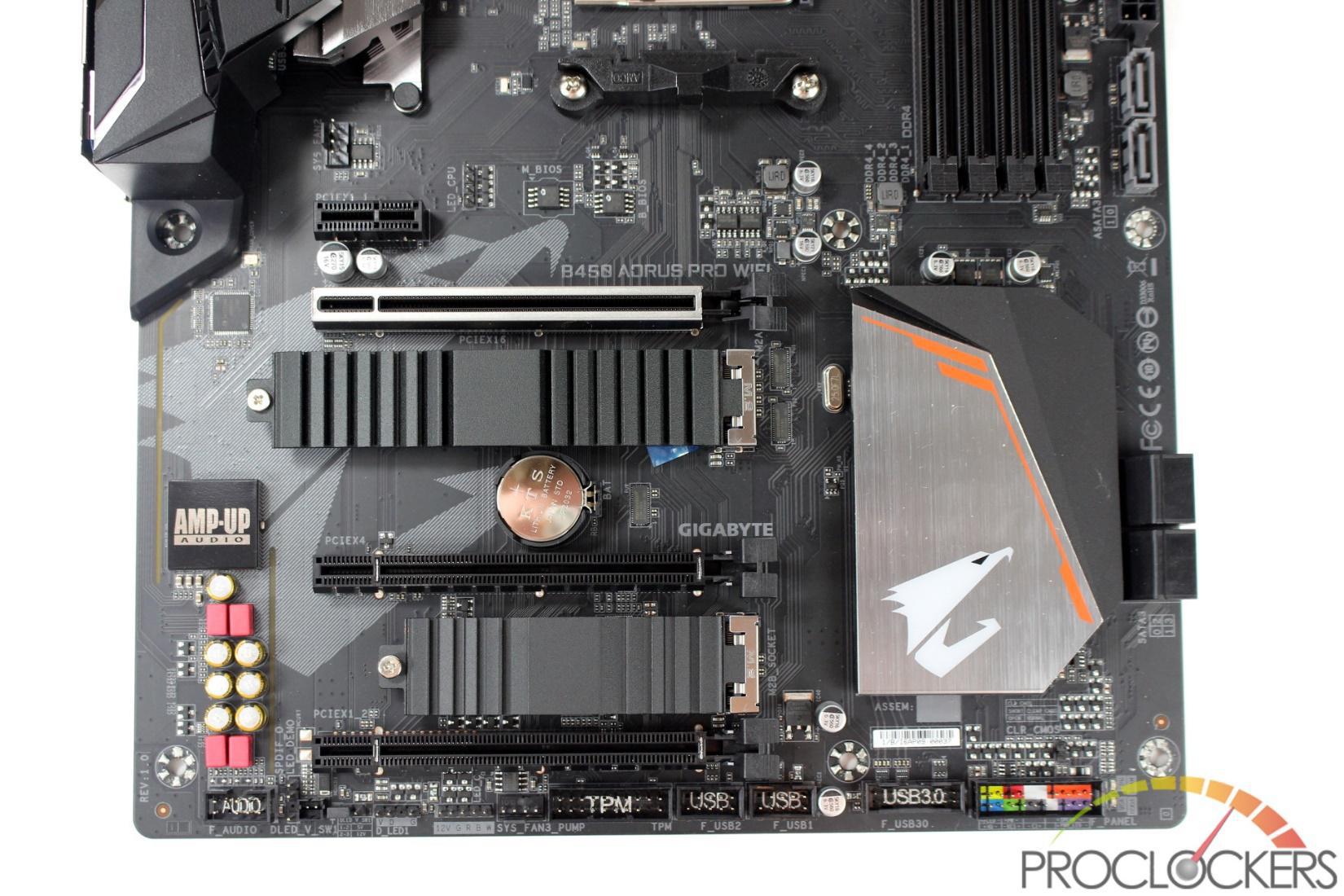 The lower half of the board seems to be more heatsinks than anything else. You get Twin M.2 slots with heatsinks and a beautiful Aorus heatsink over the chipset and even a shield over the audio solution. For connectivity, you get a main PCIe x16 slot and two X16 slots that run at x4 electrical. A single PCIe x1 slot sits at the top of the stack. Along the bottom, you get front panel audio connections, digital RGB header with selectable 5v or 12v as well as a traditional RGBW header. A fan header is next to the TPM module connection, and you get twin USB2.0 headers and a USB 3.0 header that is clearly labeled. Near the front is the front panel audio connections. 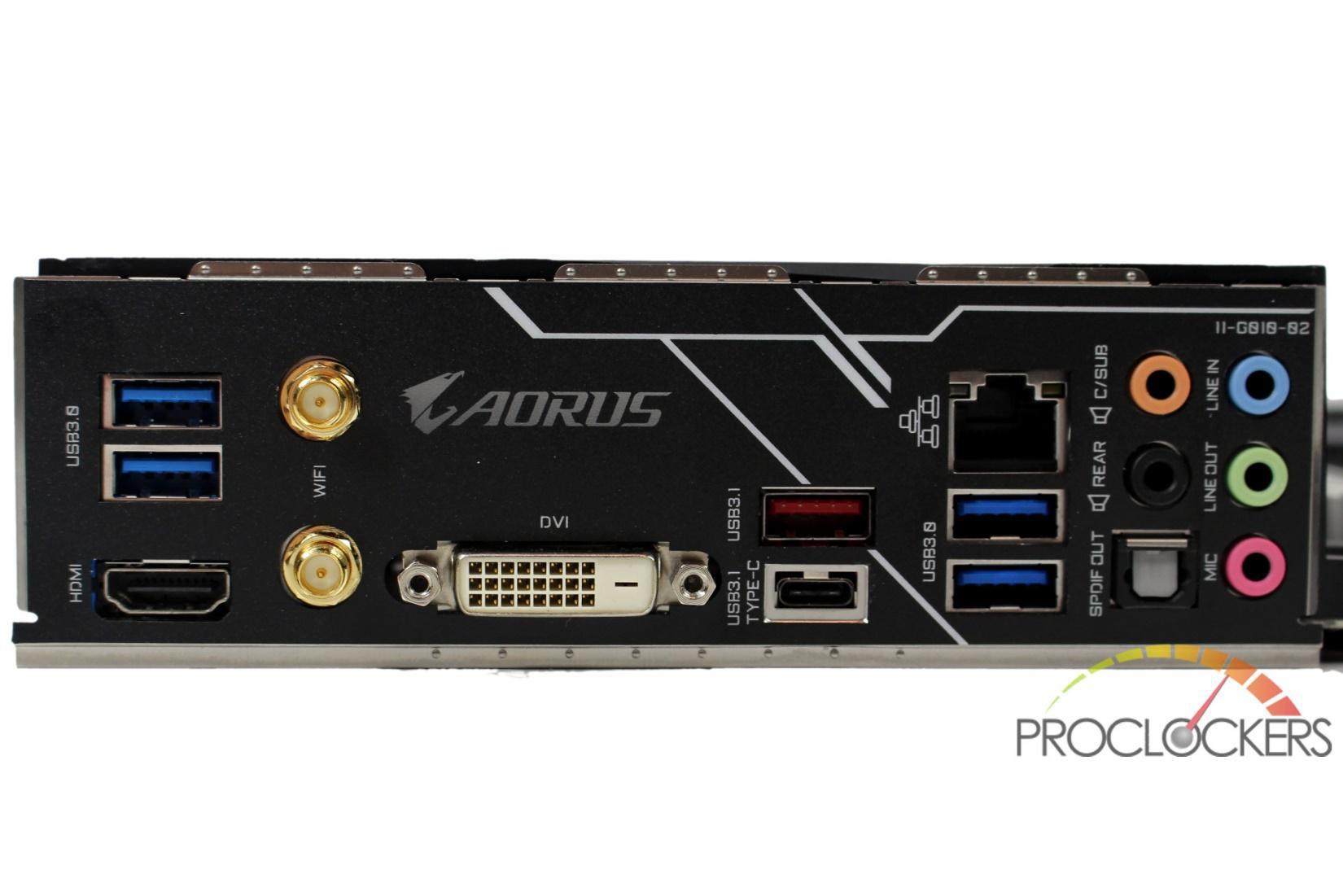 Rear I/O has four USB 3.0 ports in blue, two USB 3.1 ports in red and black, Gigabit LAN, 802.11ac 2×2 WiFi, and the usual audio ports. If you are using a Ryzen processor with graphics capabilities, you also can use the HDMI 2.0 port and Dual Link DVI-D ports. 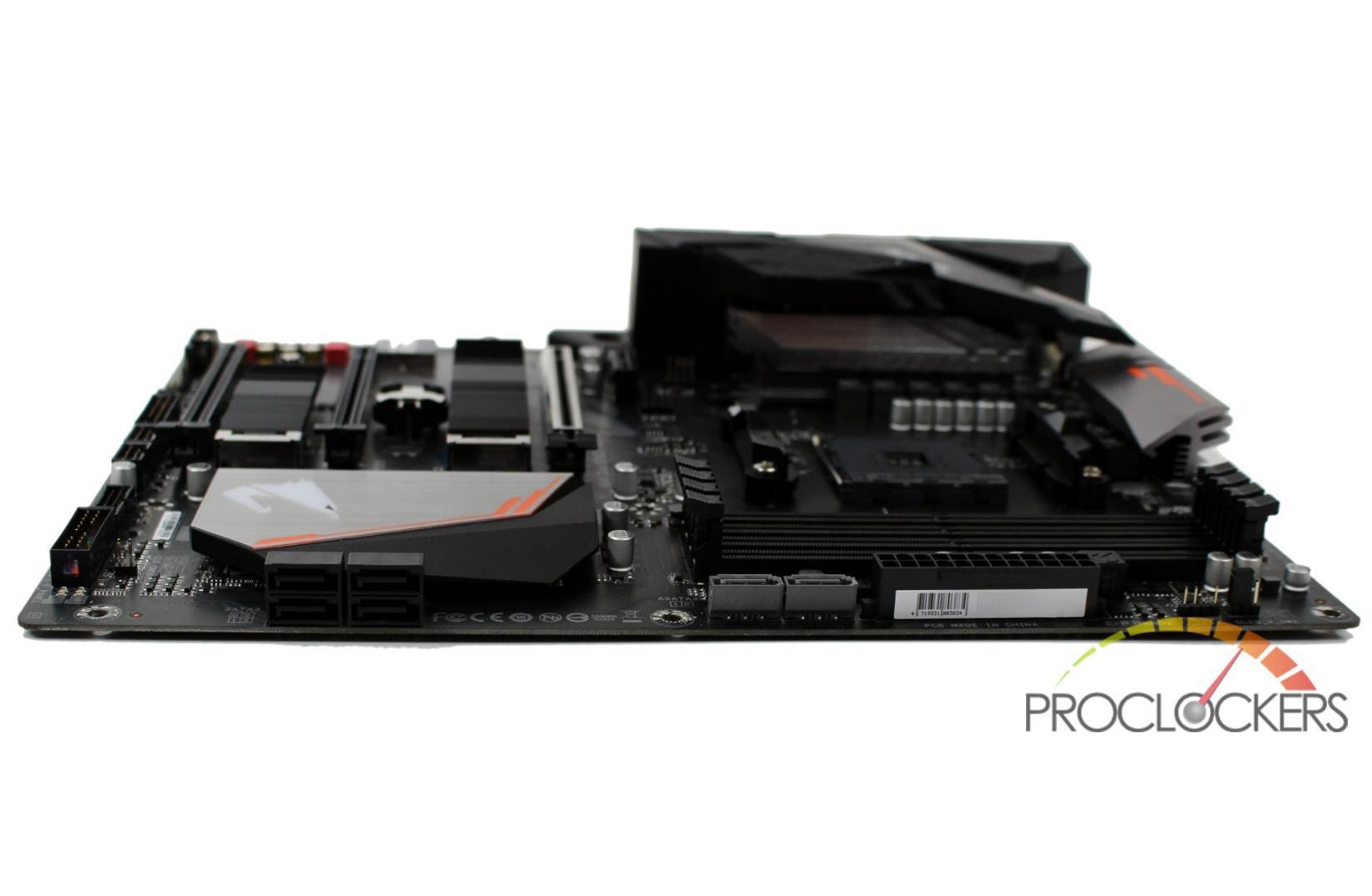 The front edge of the board has six SATA 6.0 Gbps as well as the main 24-pin power connection. 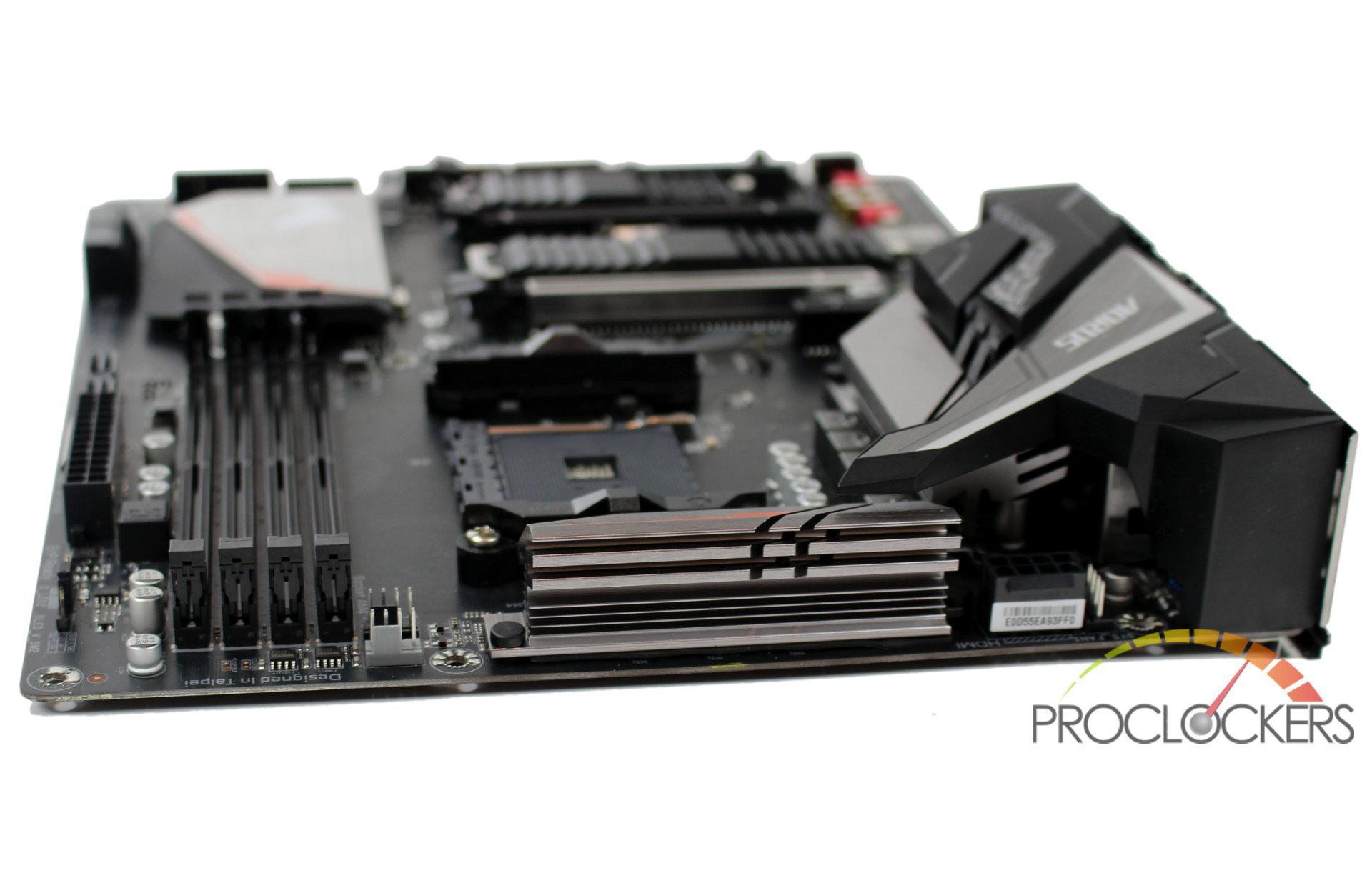 An 8-pin EPS in the top left corner powers the CPU. A 4-pin fan header sits next to it, with another below the rear VRM heatsink and two more between the top VRM heatsink and the memory slots. The top right corner has an addressable RGB header with selectable 5V or 12V supply. 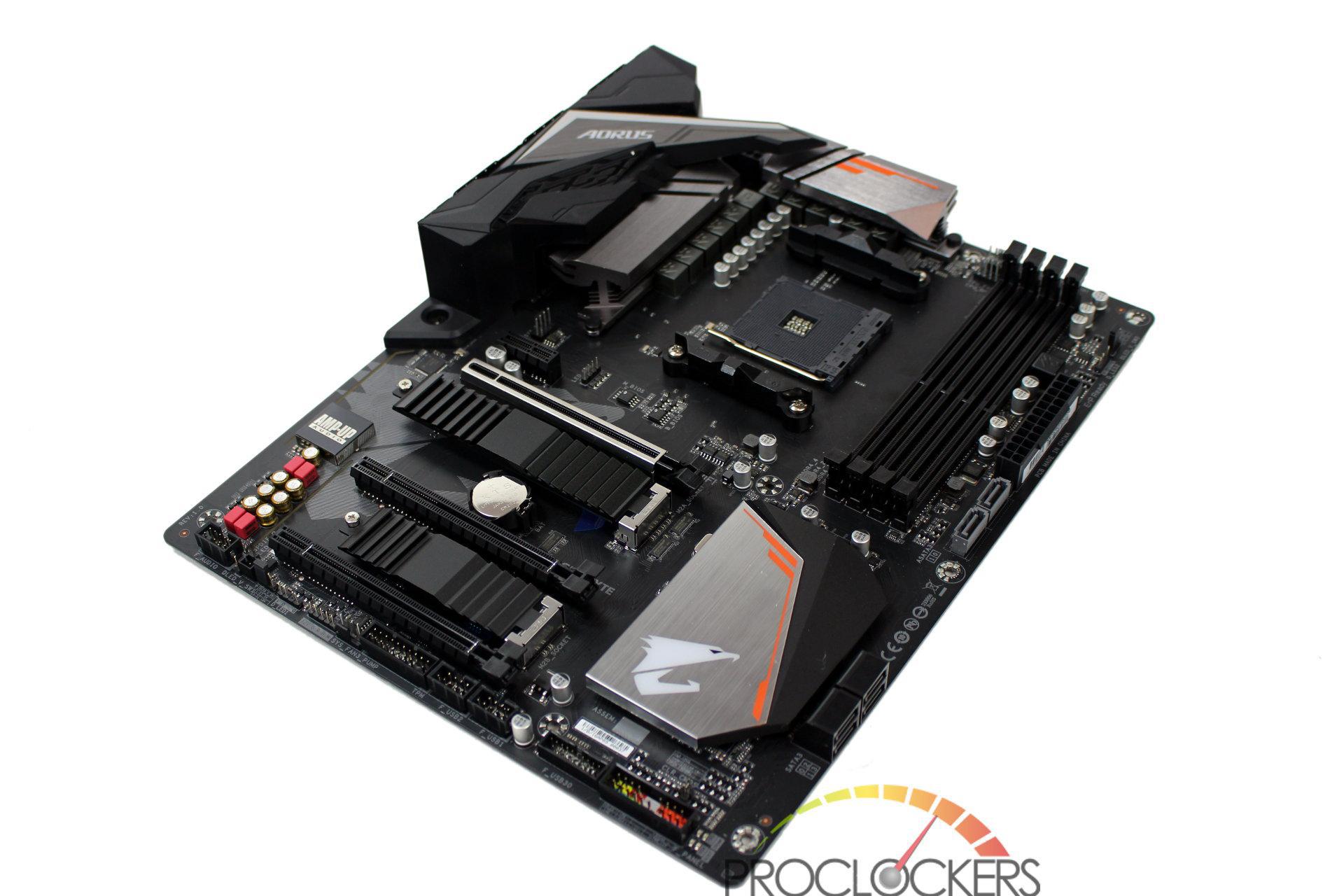 A final glamor shot of a beautiful board.