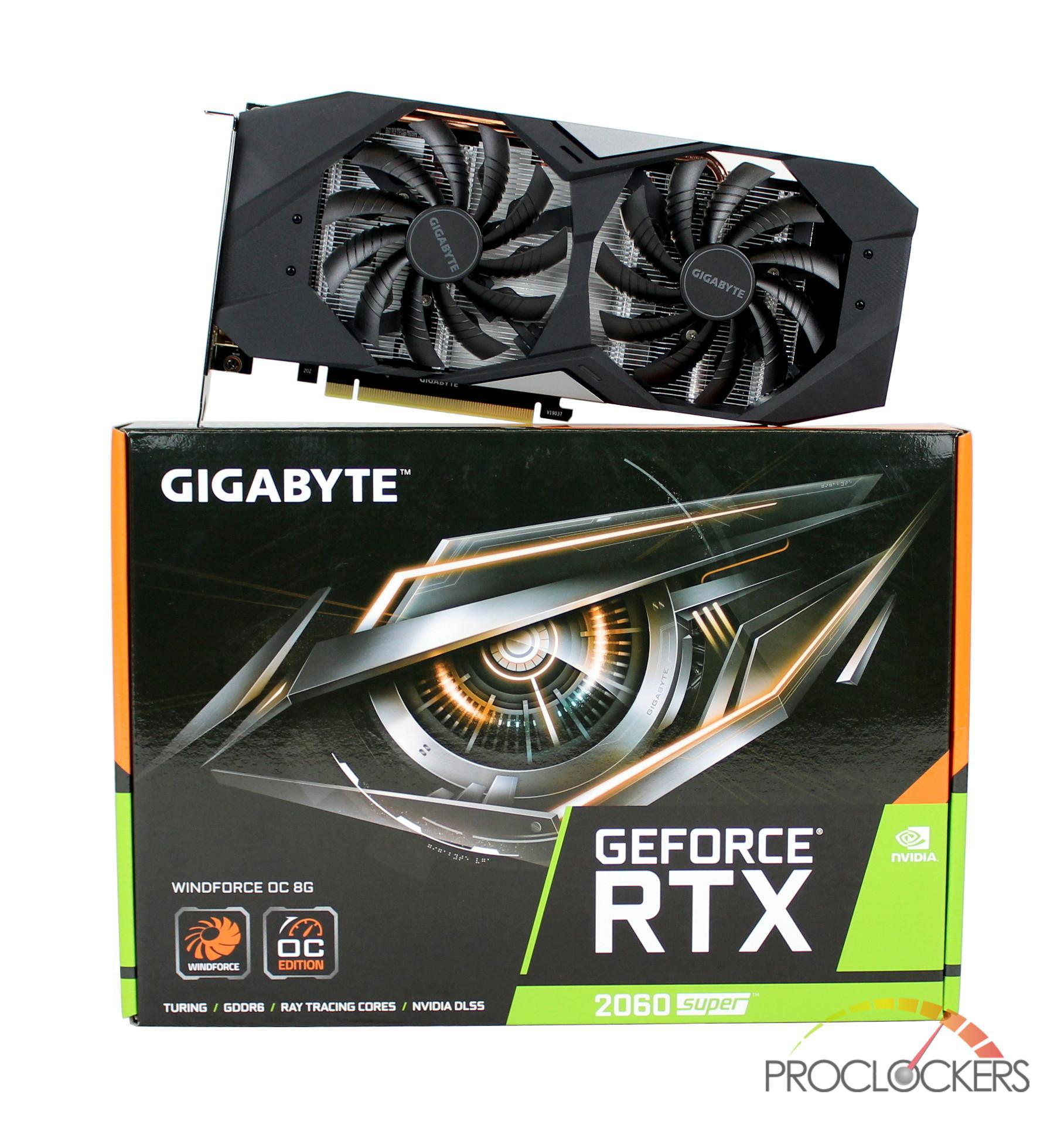 Hot off the heels of the original launch of the RTX 2060, we already have a refresh of the card a mere 7 months later with the RTX 2060 Super. The new RTX 2060 Super boasts more CUDA cores, RT cores, Tensor cores, and they have expanded the memory to 8GB. With the release of new graphics cards comes third party manufacturers releasing their own revisions of the cards. Gigabyte is no exception with their graphics card: the new RTX 2060 Super Windforce OC. The Windforce features a factory overclock of 1680 MHz, custom WINDFORCE 2X cooler system, and a protection backplate all for the same price as a reference model at $399.99.

We would like to thank Gigabyte for sending us the RTX 2060 Super Windforce OC to review.