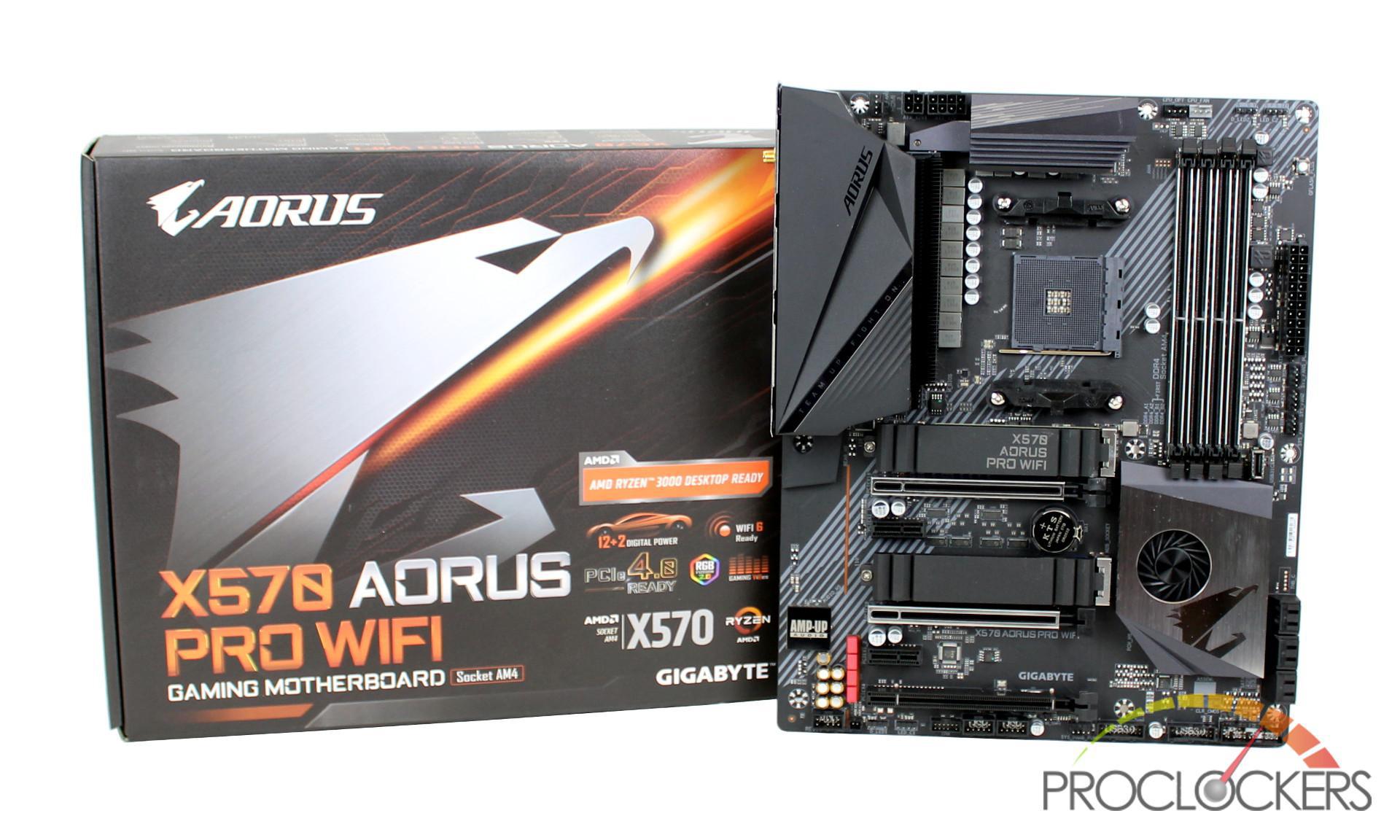 With AMD releasing their 3rd generation of Ryzen processors and the new X570 chipset, each manufacturer will release their new lineup of boards. Gigabyte has done this by continuing its AORUS lineup we saw with Intel’s Z390 chipset, which includes boards at all price points like the AORUS Elite, AORUS Pro, AORUS Pro WIFI, AORUS Ultra, AORUS Master, and the AORUS Xtreme.

For users looking for an AORUS motherboard, your choice will depend on what high-end features you are looking for. Someone not looking for additional armor, three M.2 slots, or more advanced network connectivity may look at the X570 AORUS Pro WIFI which provides a little bit of everything. The AORUS Pro WIFI features a 12+2 phase digital VRM solution, dual NVMe PCIe 4.0/3.0 x4 M.2 slots, Intel WIFI 6 802.11ax, Intel Gigabit LAN, Integrated rear I/O Shield, and ALC1220-VB Audio IC. Being that the AORUS Pro WIFI sits in the middle of the AORUS lineup of motherboards, it remains quite affordable at an MSRP of $269.

ProClockers would like to thank Gigabyte for sending us the X570 AORUS Pro WIFI to review.