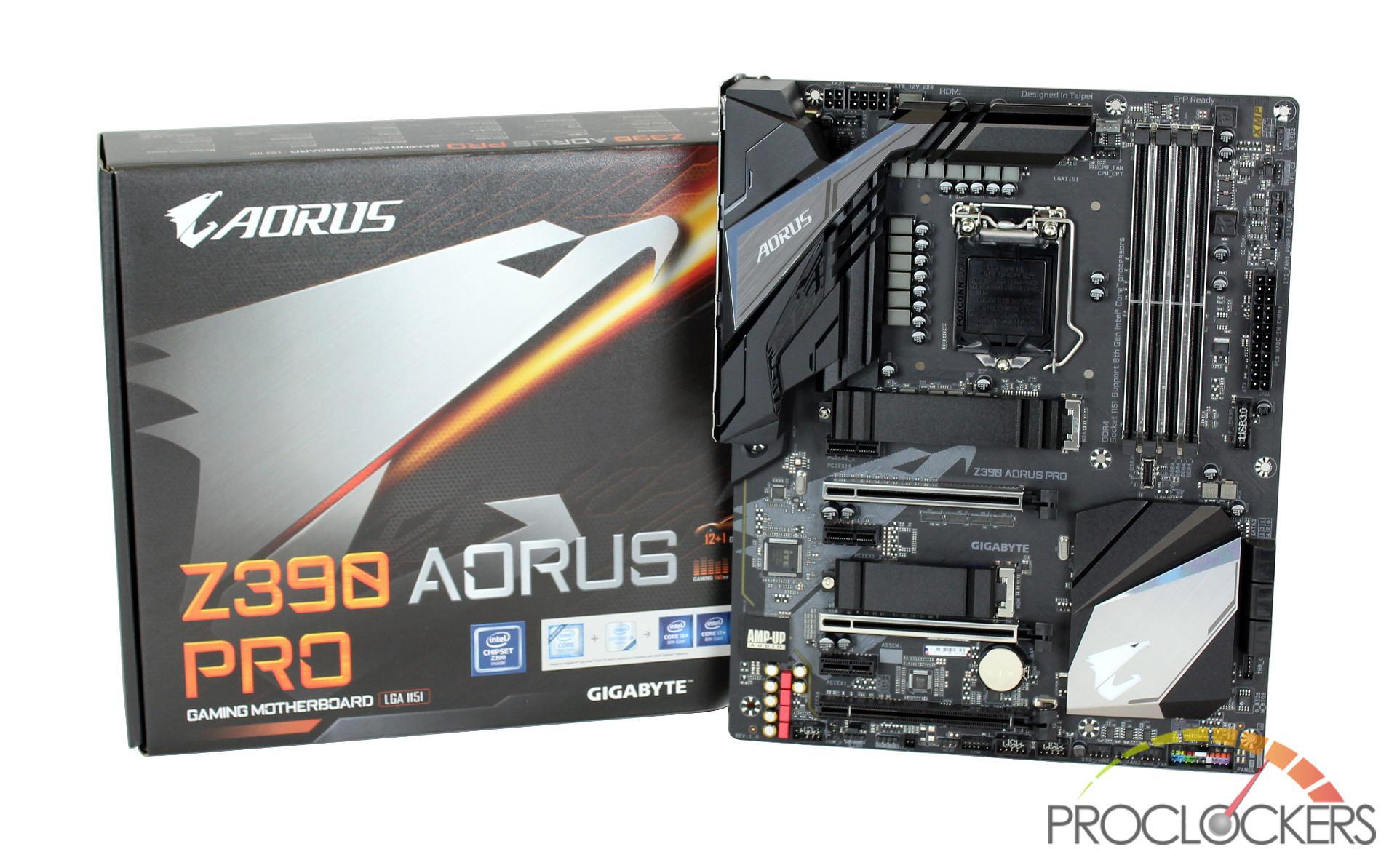 Intel’s new Z390 was a bit of a surprise to most and is more of an update to the Z370 than an entirely new chipset. The Z390 chipset adds support up to 6 USB 3.1 gen 2 on the chip, which up until now would have to be included as a separate chip and added integrated WiFi 802.11ac support. In addition to these new features, it has also been designed to handle Intel’s 9th generation processors, which now tops out at 8 cores. With a new chipset comes motherboard refreshes and Gigabyte’s Aorus line is no different. We will be reviewing Gigabyte’s Aorus Pro which boasts the same stylish Aorus design with some new features such as a 12+1 phases digital VRM solution with DrMos, 2x copper PCB with an enlarged power plane, and M.2 thermal guard covers. The Aorus Pro lands itself in the middle of Aorus’s new Z390 lineup and has an MSRP of $180.

ProClockers would like to thank Gigabyte for sending us the Z390 Aorus Pro to review.

The Z390 AORUS Gaming motherboards, optimized for users to skyrocket the new 8-core Intel® Core™ i9-9900K processors to 5GHz+ across all cores via overclocking. They offer a diverse range of features through the implementation of the aforementioned technologies. By utilizing renowned GIGABYTE Ultra-Durable Technology components, all-solid capacitors, and all digital power designs with intelligent fan control design, these motherboards are both energy-saving and environmentally friendly while offering impressive performance and durability for the best user experience. With a 12-phase digital VRM design and robust heat dissipation, the latest iteration of AORUS Gaming motherboards offers exceptional power and temperature management for maximizing the performance and overclocking potential of these new processors. GIGABYTE Z390 AORUS Gaming motherboards are perfect for users seeking a platform that fires on all cylinders.