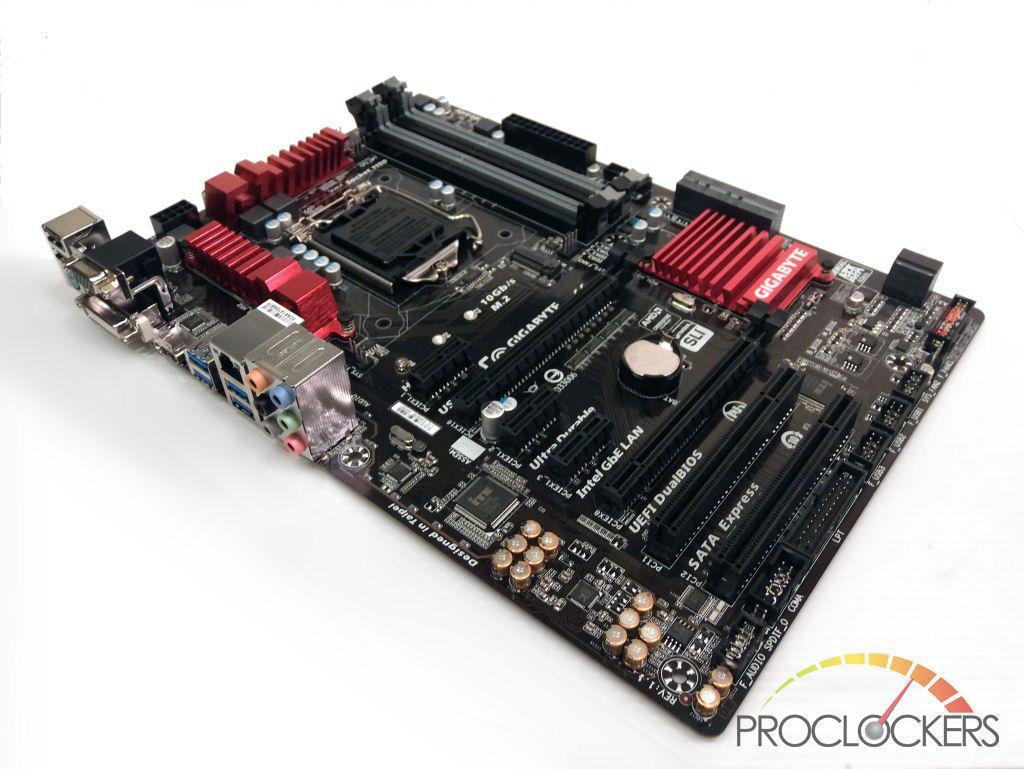 With the release of the Z97 and X99 chipsets, Gigabyte has decided to cosmetically overhaul the Ultra Durable series. Today we will be taking a look at one of the lesser priced models, Z97X-SLI. Based around the ATX, it may be smaller than its ATX counterparts, but certainly does not lack their features.

Gigabyte has revised their UEFI DualBIOS this generation, which has exclusive Gigabyte OC features. There is also an application center that allows quite a bit of control over the BIOS, overclocking, gaming control, and other various features from inside the Windows environment. If that was not enough, Gigabyte has also added a new feature called Cloud Station, which allows that control from a smart phone as well.

Gigabyte has not been remiss on the hardware side either. The Z97X-SLI supports 4th Generation Intel Core processors. There is up to 2-way AMD CrossFire and Nvidia SLI support. A precise digital CPU power design helps squeeze out those Mhz from your CPU. A SATA Express offer support for 10 Gb/s data transfers. On the networking side, Intel I218V Gigabit LAN does the duties. Realtek ALC1150 115dB SNR HD Audio with Built-in rear audio amplifier supplies your audio needs.

Gigabyte’s take on the GA-Z97X-SLI

GIGABYTE 9 Series motherboards support the latest 4th & 5th Generation Intel® Core™ processors, bringing together a unique blend of features and technologies that offer the absolute ultimate platform for your next PC build.

Flexible graphics capabilities supported for either CrossFire™ or SLI™ action, delivering the ultimate in graphics performance for gaming enthusiasts who demand the highest frame rates without compromising on resolution.

The ALC1150 is a high-performance multi-channel High Definition Audio Codec that delivers an exceptional audio listening experience with up to 115dB SNR, ensuring users get the best possible audio quality from their PC.

HomeCloud allows users to share the files between your smart phone/tablet device and computer or back up the files from the device to the computer.

HotSpot turns your computer into a virtual wireless access point and allows you to share your connection with your other wireless devices.

Remote OC allows users to remotely control their desktop PC with a powerful suite of software functions that Include overclocking and system tweaking, system monitoring plus the ability to also remotely power down/reset the PC when needed.

That is certainly a long list of features, which we will explore later.  Let us take a look at the product specifications and packaging next.