To test the ZOOMFLOW 240, we will be running 2 separate tests: one meant to torture the CPU and the other to provide more real-world temperature expectations. The first test will be done with a well-known program called Prime95 which will put extreme stress on the CPU and in turn generate massive amounts of heat. The second test will be using Cinebench R15 to simulate a more realistic workload that the majority of users will see.

To start our testing, we will let the system idle for 5 minutes to record the lowest idle temperature and then run Prime95 on “blend” mode for 20 minutes. At the end of the 20 minutes we record the Maximum and Average “Core Package” temperatures. After Prime95 testing is complete we let the computer idle until it hit its previous idle temperature. To generate a more realistic workload we run Cinebench 5 consecutive times and record both the Max and Average temperature of the core package.

The first set of tests were done on a stock i7 8700K which clocked each core at 4.3 GHz at the default voltage. This resulted in an idle temperature of 29c a while running Prime95 max temperature of 74c with an average temperature of 61c. Moving over to Cinebench after the 5 runs were ended with a max temperature of 63c with the average being 55c. These temperatures are quite good for a 240mm radiator and we should be able to push this 8700K quite a bit further. 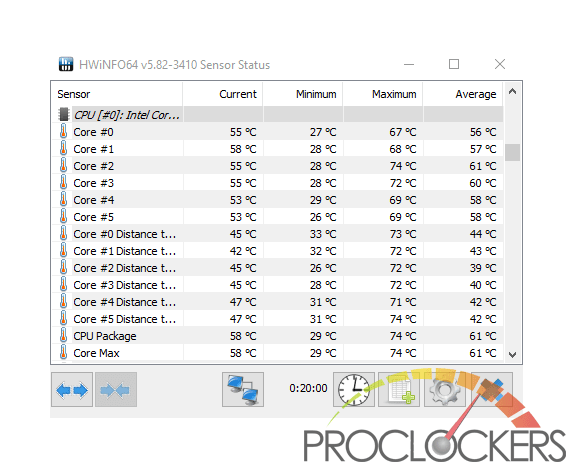 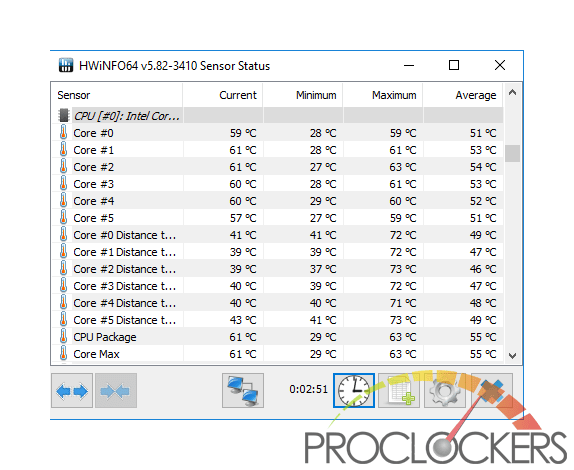 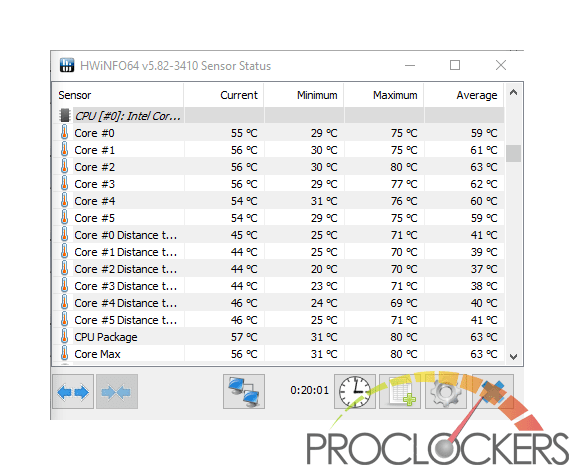 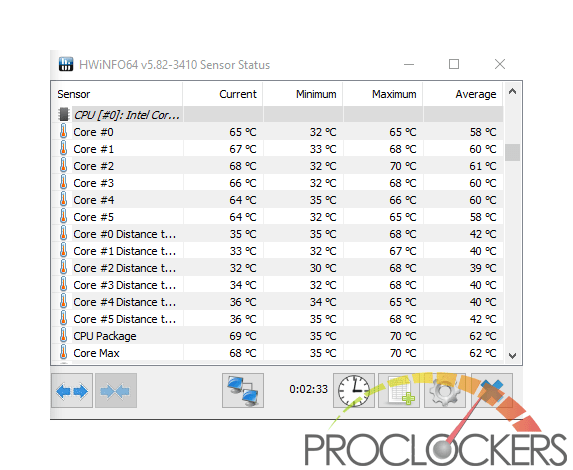 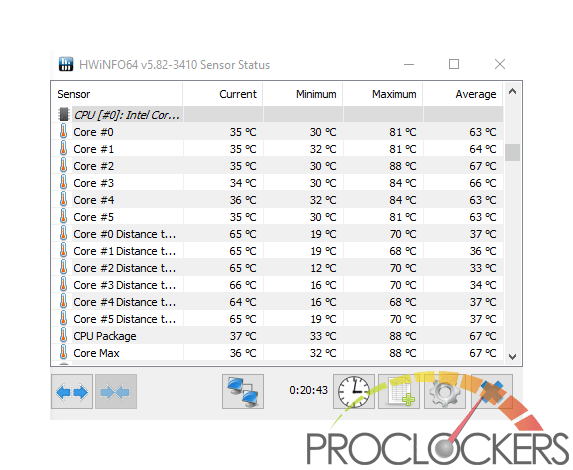 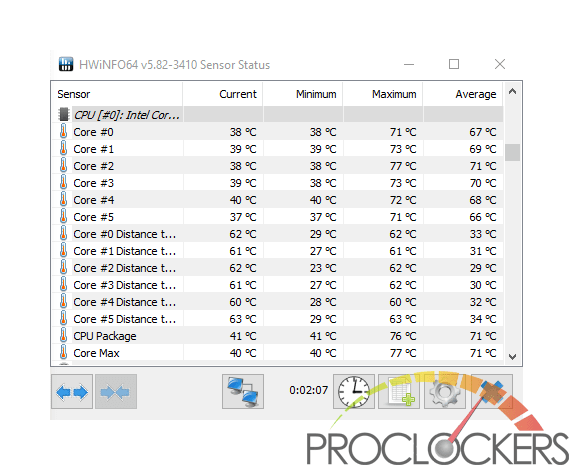 Overall the ZOOMFLOW 240 did an amazing job at keeping our 8700K cool and even with the tortuous Prime95 we didn’t even break 90c well running at 4.8GHz. This is quite impressive with having only a 240mm radiator and makes us wonder what kind of temps you could get with a delidded 8700K that could reach 5.0GHz+.

Below are some graphs of the above results: 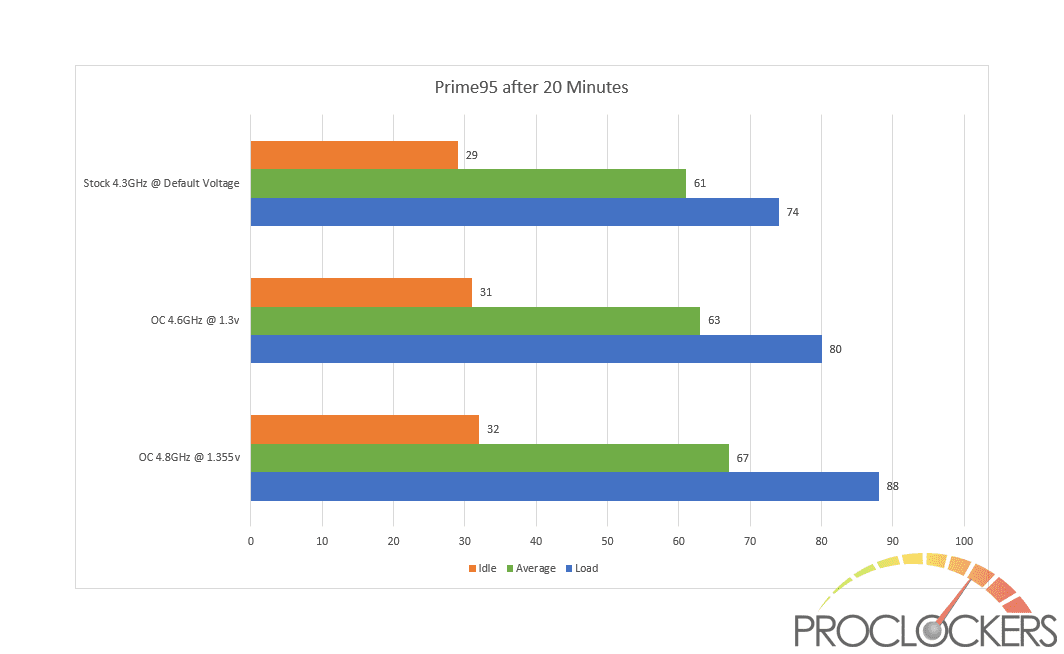 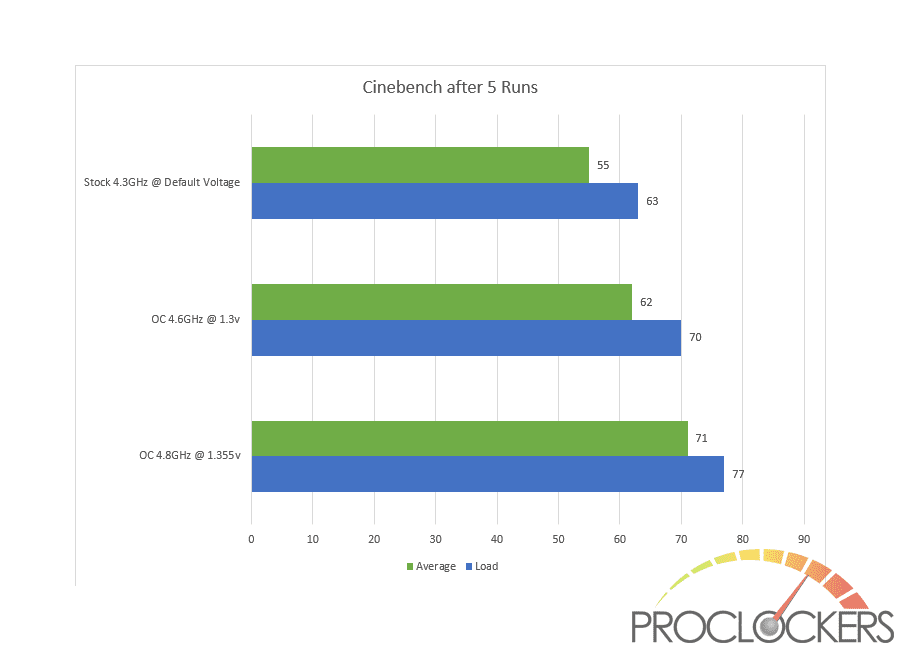