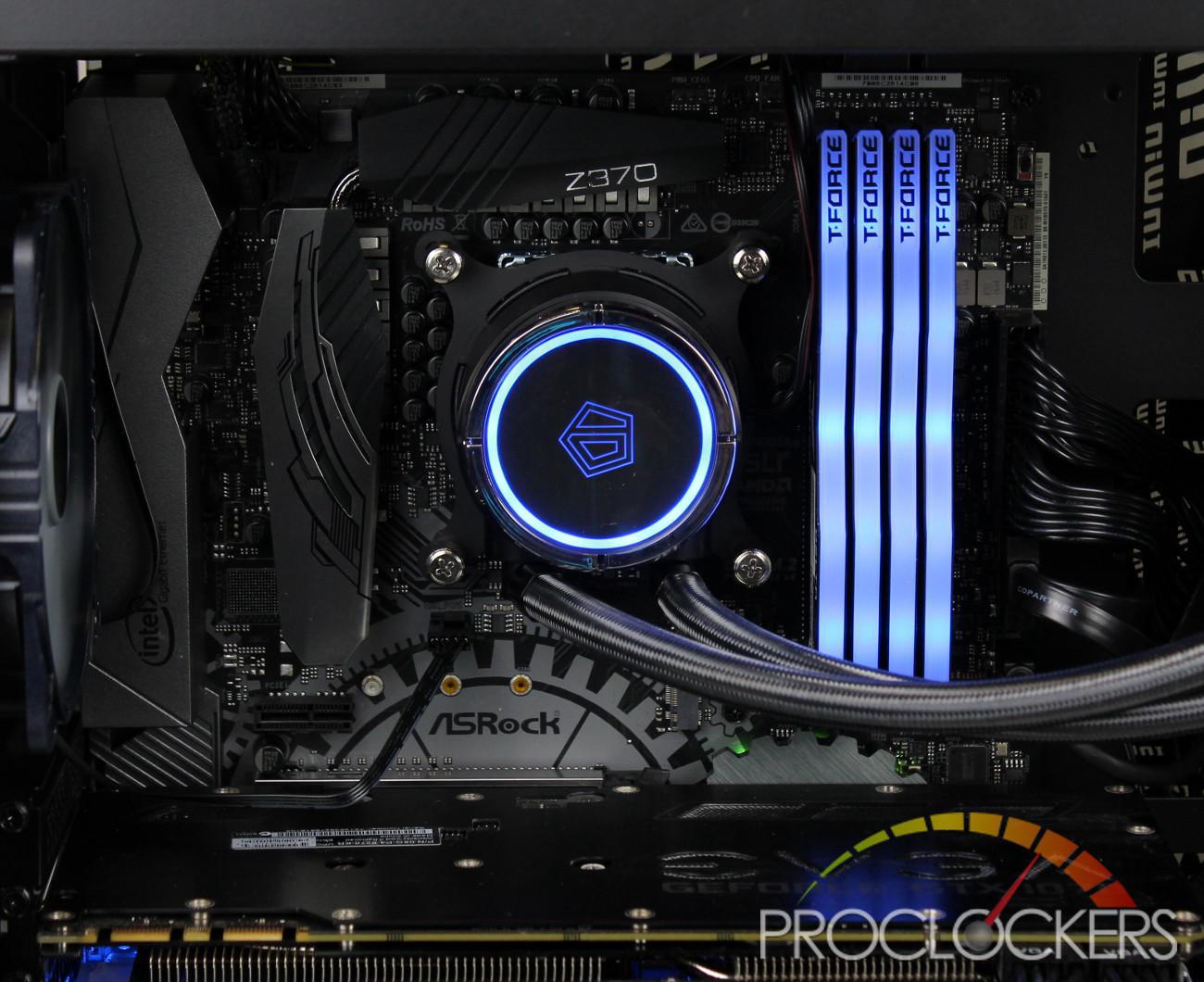 ID-COOLING even though being relatively new to the scene has defintely has brought its ‘A’ game with the ZOOMFLOW 240. Not only does it look great with its attractive RGB elements and premium sleeved tubing, it also performs exceptionally well. Even after running my 8700K at 4.8GHz it still didn’t break 90c during the Prime95 torture test and only hit 77c in Cinebench, which is quite impressive for only a 240mm cooler.  During our tests the pump was pretty much inaudible and the fans were fairly quiet even at 1500RPM. ID-COOLING has really impressed me with their AIO and I would highly recommend anyone looking for an AIO to check out the ZOOMFLOW 240.