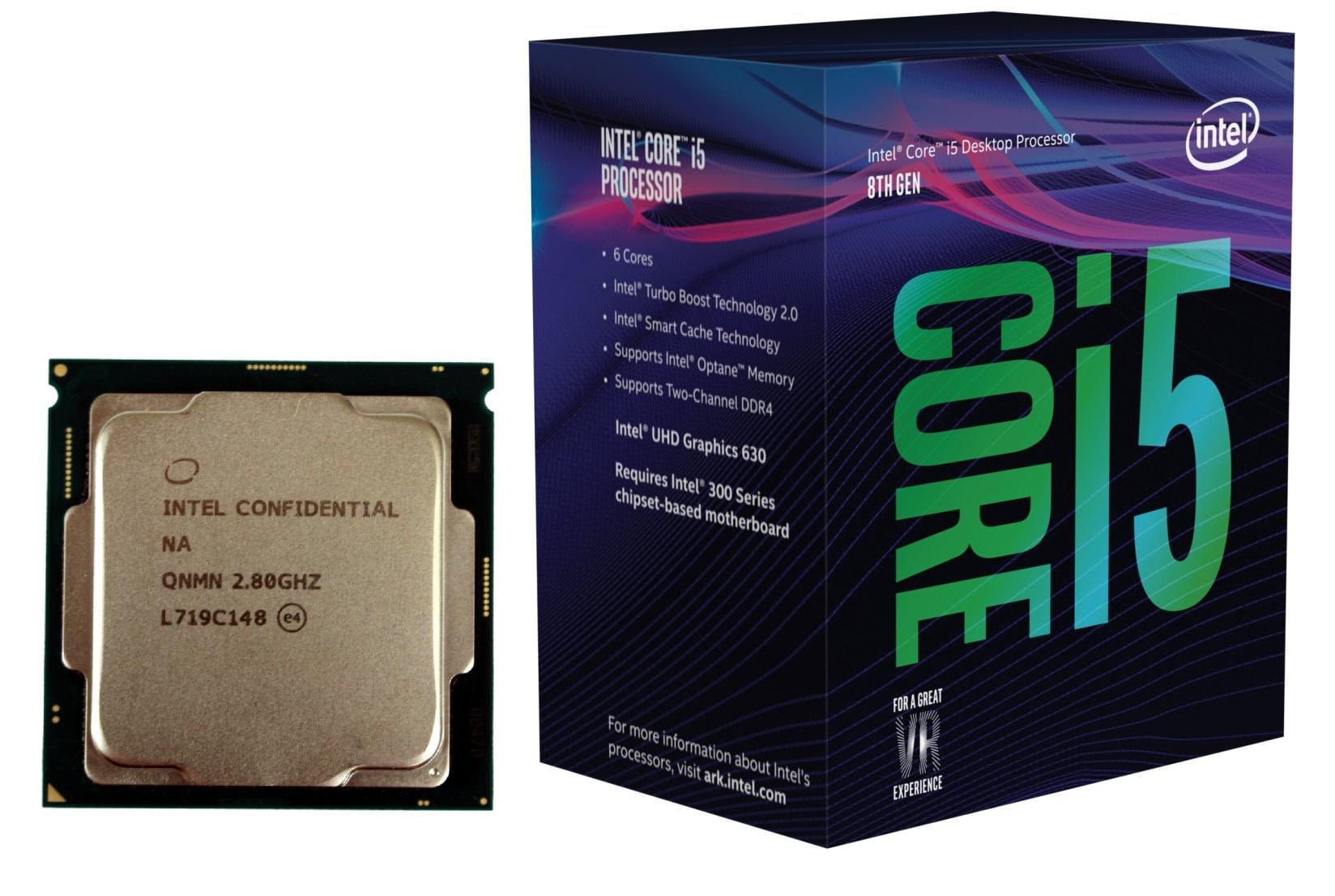 Today marks a milestone for Intel with the release of the first mainstream six-core CPUs in the Core i5 and Core i7 segments and the first quad-core Core i3 CPUs. Core counts have skyrocketed this year across the board, first with High-End Desktop segments hitting a staggering eighteen cores, and now mainstream platforms finally breaking away from a quad-core ceiling. We have Intel’s six-core, six-thread Core i5-8400 on hand, and we’ll put it through its paces and see if more cores actually matter to anything more than benchmarking. Last generations i5-7400 had 4 cores, 4 threads, and has a 3.0 GHz clock speed that could Turbo Boost to 3.5 GHz. This generation, you get 6 cores at a slightly reduced 2.8Ghz, but Turbo Frequencies can hit 4.0 GHz, all while staying in the same 65W TDP window.

Do two extra cores really make much difference for mid-range mainstream platforms? We think you’ll be surprised at the answer.

ProClockers would like to thank Intel for sending the i5-8400 over to check out!

Eighth generation CPU’s will not work on older chipsets such as Z270 and Z170, and conversely, 6th and 7Th generation CPU’s will not work on 300 series boards, despite using the exact same socket. Peak power draw is significantly higher after the jump to 6 cores. Increased power delivery capabilities are one major reason for lack of backward compatibility. The next major reason is improved memory routing for out of the box support of up to DDR4-2666Mhz over last generations DDR4-2400. While XMP speeds can easily surpass the 4000 MHz mark, those speeds are technically a factory supplied overclock, with no guarantee of support or compatibility. Intel has also updated the memory subsystem to expand the memory multipliers to support up to 8400 MT/s and added a real-time memory latency control, a feature previously only found on HEDT platforms.