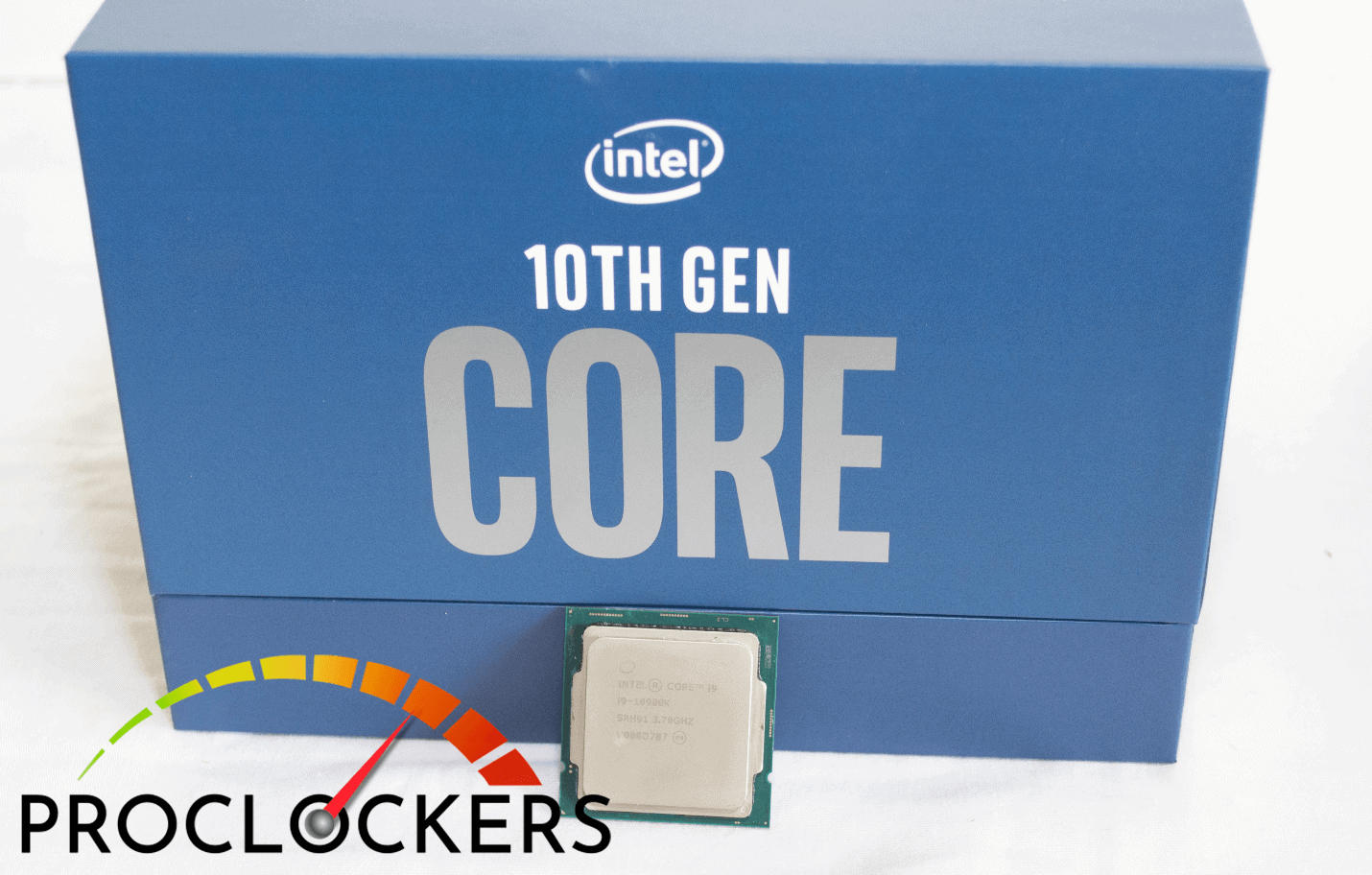 It’s here, the biggest event of Intel’s Q2 Release, the i9-10900k. Intel 10th Generation CPU, Codenamed “Comet Lake,” coming to a brand-new chipset, the z490. It’s a 5.3GHz 10-core, 20-thread processor geared towards hardcore high fps gamers/streamers and content creators with no-compromise multitasking power. It has a whopping 20MB Smart Cache, which is even more than their X-series line, and has support for DDR4-2933MHz!

Built for serious gamers, the 10th Gen Intel® Core desktop processors bring the right balance of frequency, cores, and threads, plus support for the latest technologies and advanced tuning flexibility to help put users in control of the real-world gaming experiences that matter most to them.

The 10TH Gen Core supports up to 10 total USB 3.2 ports (up to 6 USB 3.2 Gen 2×1 and up to 10 USB 3.2 Gen 1×1) and 14 USB 2.0 ports, so connectivity will never be a problem. Intel also offers Wi-FI 6(GIG+), which offers up to 3x faster Wi-Fi on Intel-based Wi-Fi 6 routers, providing more responsive gaming, uninterrupted video conferencing, and improved protection from wireless hacking.

Some of the key features: