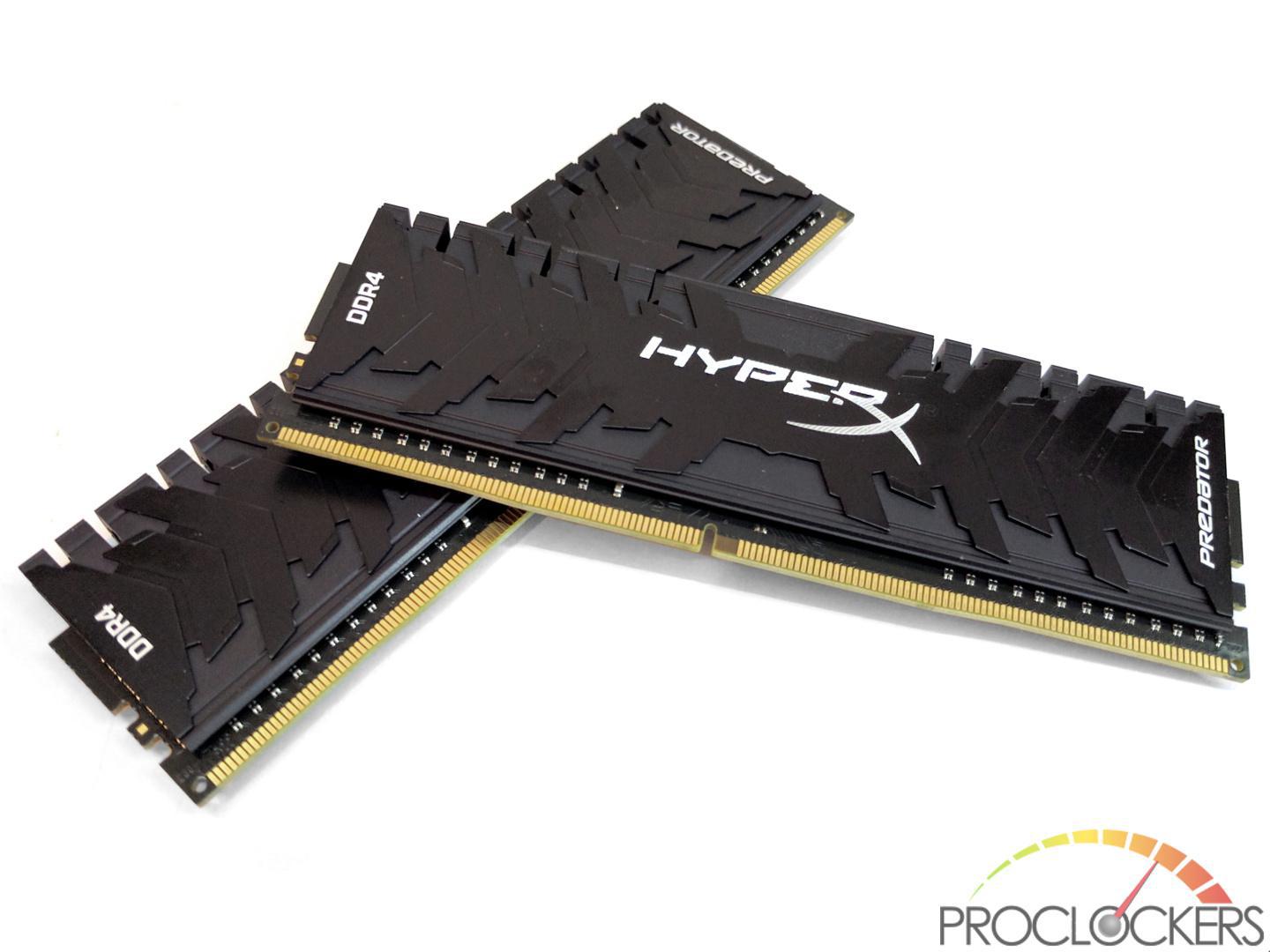 Kingston Technology launched the HyperX T1 memory series back in 2008. Soon afterwards, the HyperX T1 became legendary among the enthusiast community and for good reason. HyperX T1 modules featured massive blue heat spreaders that dissipated heat away from the memory chips, a necessity for overclocking. After a four year production run, Kingston to go back to the drawing board and design a new heat spreader with better thermal characteristics. So in 2012, the HyperX Predator was born.

The Kingston HyperX Predator DDR4 offer speeds from 3000 MHz to 3333 Mhz. They feature very high profile black aluminum heat spreaders with a total memory module height of 53.9mm. At 3200 MHz, the HyperX Predator DDR4 16GB kit I am reviewing today is the second fastest DDR4 memory kit that Kingston offers. There is no single thing that is subtle about the Predators.

A rather uncommon feature of the HyperX Predator DDR4 is the use of two different XMP profiles. The sample we’ll be review here has Profile #1 is at the rated 3200 MHz speed, while Profile #2 is at 3200 MHz. If for some reason a user is not able to boot with Profile #1, they can select Profile #2 instead. Then the user can fine tune the memory from there.

Prey on the competition

HyperX® Predator DDR4 memory has a fierce new heat spreader design in black aluminum for greater heat dissipation to optimize reliability. The heat spreader and PCB complement the look and design of the latest PC hardware, so you can dominate in HyperX style.

Predator DDR4 delivers blazing fast speeds up to 3333MHz matched with low CL15–CL16 latencies for extreme DDR4 performance, ultra-response multitasking and an overall faster system. It complements Intel’s 6 and 8 core processors for faster video editing, 3D rendering and AI processing — and to keep you in the lead while gaming. It’s available in 4GB–16GB modules and in dual and quad channel kits of 8GB–64GB; the kits are rigorously tested for guaranteed compatibility and performance.

Predator DDR4’s Intel XMP-ready profiles are optimized for Intel’s 100 Series chipset, X99 motherboards and Intel Core i7 HEDT processors for compatibility and the highest performance. XMP profiles are hand-tuned so end users can easily overclock their platforms for higher-performing frequencies and lower timings by simply selecting a profile, with no need for manual timing adjustments in BIOS.

HyperX Predator DDR4 keeps its cool even in a deathmatch and takes full advantage of the power efficiency brought by DDR4 for lower power consumption over DDR3. Less power draw results in less heat and higher reliability. HyperX Predator DDR4 is 100-percent factory tested at speed and backed by free technical support and legendary reliability.